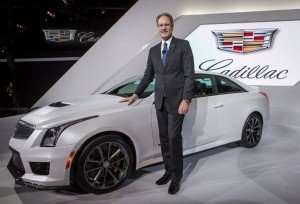 As the “public policy show” on the global auto show circuit, The Washington Auto Show advances its 10-day consumer event with an exclusive look at the people and policies shaping the U.S. auto industry. This year, the show is shining a spotlight on the industry’s fortitude and its vital contribution to U.S. communities and economies.

The exclusive events, geared toward officials in government, industry and media, launch on Wednesday, January 21 with a showcase on Capitol Hill of nearly every American-made vehicle, many of which will be driven to D.C. by manufacturer representatives from across the country. Taking place on Third Street between Jefferson Drive, SW and Madison Drive, NW, the “Made Across America” (MAA) program will demonstrate that, five years since the “Carpocalypse” seized U.S. automotive giants, the industry is back to near-peak production and healthier-than-ever profits.

The day’s program will continue with CARtalks on Capitol Hill. A series of short, dynamic 10-minute talks, this unique public policy forum will tackle issues such as connectivity, autonomous driving and alternative energy and feature the thinkers and visionaries leading the industry.

On Thursday, Jan. 22, the events move to the show site, the Walter E. Washington Convention Center, for a daylong schedule of press announcements and a sneak preview of the makes, models and gadgetry powering the industry forward. The day begins with a keynote address by Cadillac President and GM Executive Vice President Johan de Nysschen, who will speak at the annual Newsmaker Breakfast sponsored by the International Motor Press Association and the Washington Automotive Press Association.

That afternoon, the government keynote address will be delivered by U.S. Energy Secretary Dr. Ernest Moniz. As U.S. Energy Secretary, Moniz is charged with growing the economy, enhancing security and protecting the environment. Prior to his appointment in 2013, Dr. Moniz was the Cecil and Ida Green Professor of Physics and Engineering Systems at the Massachusetts Institute of Technology (MIT), where he was a faculty member since 1973. At MIT, Dr. Moniz served as the founding Director of the MIT Energy Initiative and of the MIT Laboratory for Energy and the Environment and was a leader of multidisciplinary technology and policy studies on the future of nuclear power, coal, nuclear fuel cycles, natural gas and solar energy in a low-carbon world.

In addition to his work at the Department of Energy, where he also served as Under Secretary from 1997 to 2001, Dr. Moniz has served on President Obama’s Council of Advisors on Science and Technology, the Department of Defense Threat Reduction Advisory Committee and the Blue Ribbon Commission on America’s Nuclear Future.

Other highlights of Thursday’s events at the show site include an expanded suite of Green Car awards announced by the Green Car Journal and the release of a highly anticipated report on the economic impact of the auto industry across America by Center for Automotive Research President Dr. Jay Baron. Also, SAE International, which co-locates its 2015 Government/Industry Meeting with the show, will feature an afternoon plenary on “Future Vehicles: Integrating Safety, Environment and Technology.”

The program culminates in a Sneak Peek reception, providing officials in industry, government and media with a prime setting for networking and collaboration.