What’s New With Mazda Motorsports? Everything! 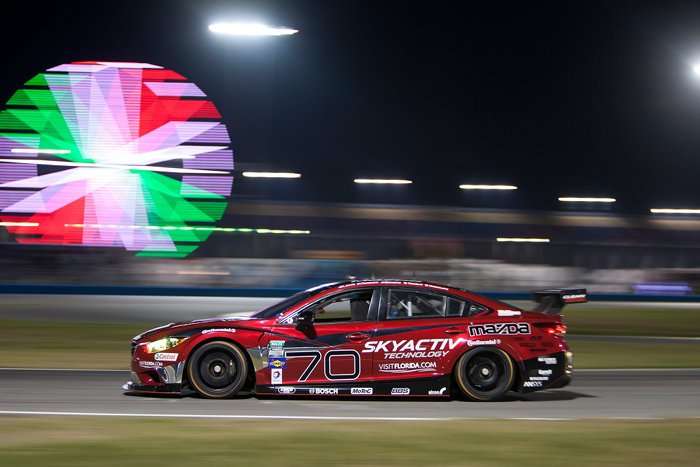 Mazda will be seeking its 24th class win at the Rolex 24 at Daytona endurance race with three all-new 2014 Mazda6 racecars powered by Mazda’s advanced, 400-horsepower SKYACTIV-D Clean Diesel engine. This will be the first-ever diesel powerplant to compete in GRAND-AM racing. The SKYACTIV-D engines are very much production-based, with more than 60-percent stock components, including the engine block and head.

In addition to the two SpeedSource cars, there is one customer team, Freedom Autosport with Andrew Carbonell, Tom Long, Rhett O’Doski, and Derek Whitis. Freedom Autosport has been a winning team in the Continental Tire Challenge with Mazda. They are moving up as a complete team.

The Soundbites:
John Doonan, Director, Mazda Motorsports, Mazda North American Operations — “This is an amazing moment in Mazda Motorsports history because we are once again bringing innovative technology to the race track to demonstrate the performance, quality, durability and reliability of our brand. While many know us as the ‘rotary engine’ company, and we love that part of our heritage, to race our latest SKYACTIV-D Clean Diesel technology in our newest car, in the race where we have scored our largest number of wins, is amazing. To get to this point, thousands and thousands of hours by engineers within Mazda in both Japan and the U.S., along with the amazing team at SpeedSource, has produced what we see as our prime mover for the next decade, SKYACTIV engines for racing.

Sylvain Tremblay, Owner, SpeedSource Engineering, and two-time Rolex 24 GT class winner – “I feel fortunate to have been a part in adding a few pages in the history of Mazda Motorsports. Now I am humbled to be part of a whole new chapter! New engine, new car, new everything, SKYACTIV is the way forward for us at the racetrack, like it is for the 2014 Mazda6, better performance and better fuel economy, what’s not to love about that. Very excited and proud of all the work by Mazda and our team here at SpeedSource in bringing this fantastic program to fruition.”