It was a special moment on the rooftop of the Petersen Automotive Museum in Los Angeles as BMW M Motorsport introduced the world to their latest racing outlier, the BMW M Hybrid V8. It’s daring, futuristic, powerful, high-tech, revolutionary, and fast! Presented in traditional BMW M hues representing the avant-garde livery, the prototype will compete in the GTP class of the IMSA WeatherTech SportsCar Championship in 2023. Principal drivers for the two BMW M Team RLL cars include Connor De Phillippi, Philipp Eng, Augusto Farfus, and Nick Yelloly. In addition, Colton Herta of the IndyCar series will offer his experience and support.

California is one of the major BMW M markets and the US is the most important market as BMW celebrates 50 years of performance excellence. But, of course, M is the fiercest letter in the alphabet if you are an enthusiast of technological advancement. And with the industry’s future shifting to zero emissions, expect more electrification from M vehicles, including the BMW M Hybrid V8, which can run purely on E-power. I had a chance to discuss this topic with BMW M CEO Franciscus van Meel who was optimistic that current M loyalists and owners would welcome the new shift in mobility. Other significant players in attendance were Andreas Roos, Head of BMW M Motorsport, IMSA President John Doonan, and the owners of BMW M Team RLL Bobby Rahal, David Letterman, and Patrick Lanigan. 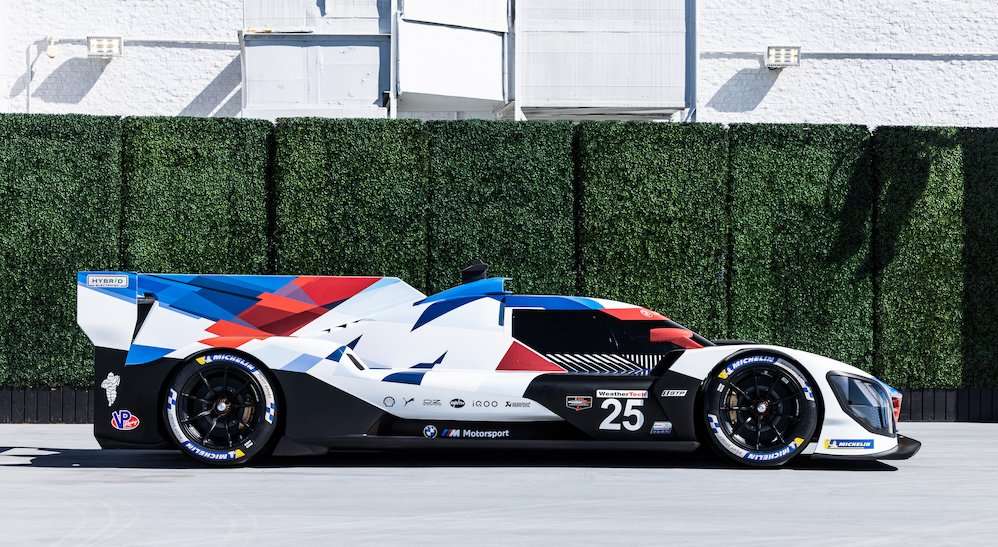 “We are proud that, parallel to the 50th birthday of BMW M, we are returning to the big motorsport stage with the BMW M Hybrid V8,” said Franciscus van Meel.  “We are delighted that this adventure begins in North America, the most important international market for BMW M GmbH. After all, the BMW M Hybrid V8 is more than just a race car, it is paving the way for an electric future for BMW M, by emphatically demonstrating how dynamic and emotional electrified M Power can be.”

From a timing perspective, the BMW M Hybrid V8 will see its first piece of track action at the 61st Rolex 24 at Daytona on January 28-29, 2023. Technical evaluations are already underway for the thoroughbred racer with a recent analysis at Sebring International Raceway. The twin-turbo V8 P66/3 engine puts out 640-horsepower (regulated) and 479 lb-ft. of torque. 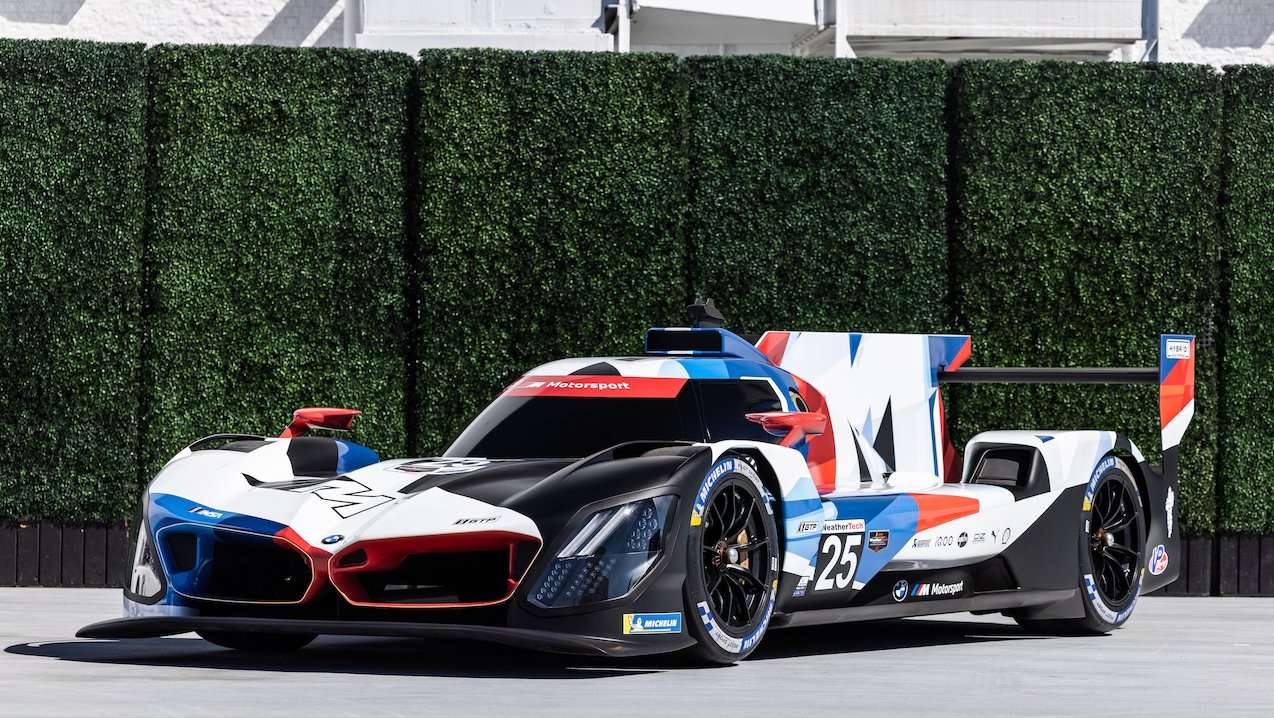 Styling is pompous and dynamic as it features a forward-leaning shark nose, wide laser-lit kidneys, iconic twin diagonal headlights, triangular elements that cascade across the vehicle, and some hints of blue and purple highlights to articulate the natural colors of electricity. Increased aerodynamic performance stems from the air that passes beneath and through the wide kidneys, which is fundamental for cooling and efficiency of downforce. BMW Group Designworks borrowed front wheel cues from the current M4 air breather design. Moreover, new Swiss light technology replaces LEDs to provide ultra-bright and ultra-uniform light produced by a nano-active optical fiber activated by a laser. 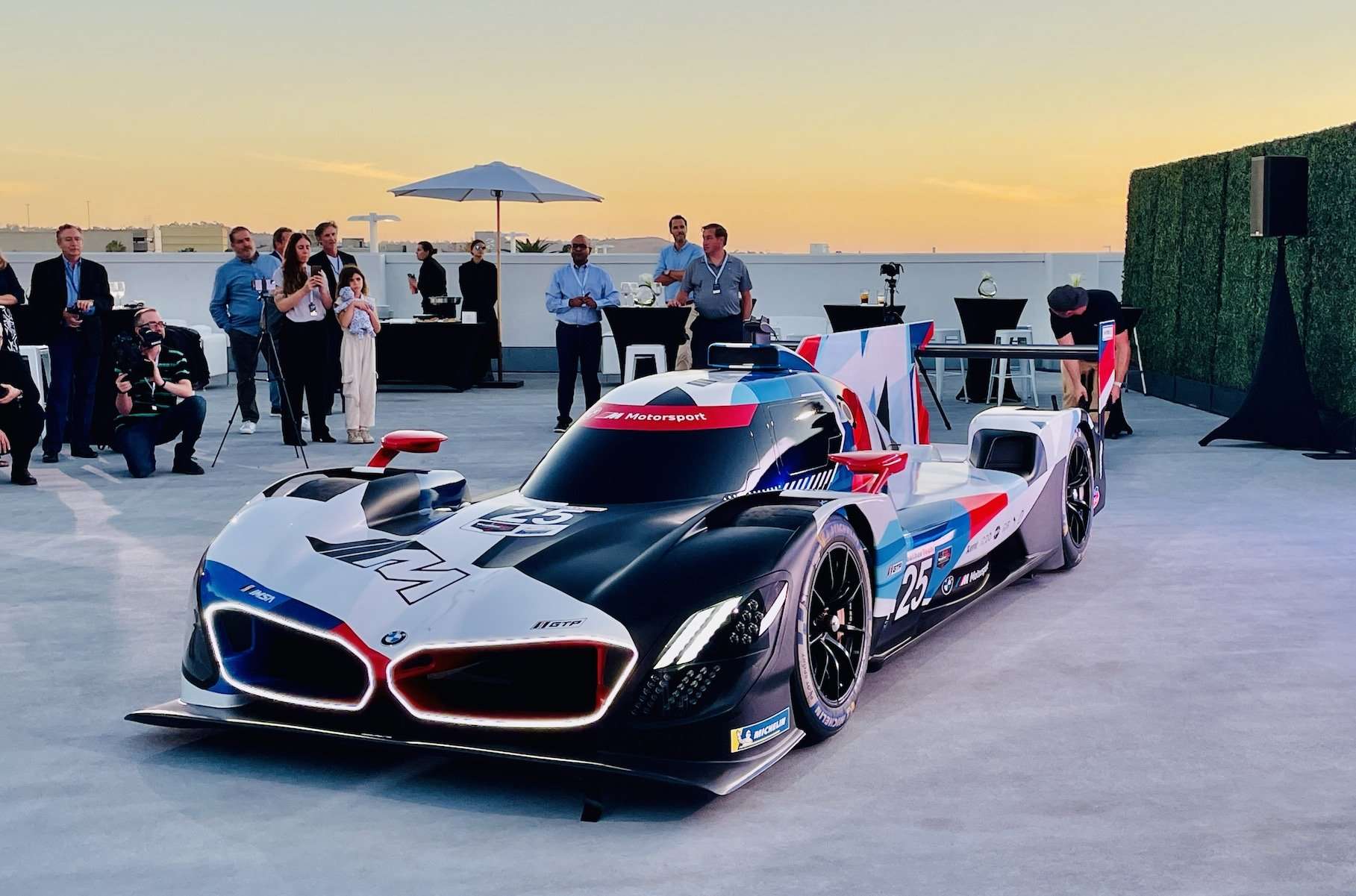 While spending time in Beverly Hills, where we resided at the SLS Hotel, The Ultimate Driving Machine was additionally presented in the form of a 2023 BMW 840i Coupe in Skyscraper Grey Metallic, which I utilized to enjoy the pristine neighborhood until the World Premier event. I drove the German sports car around in style while shopping on Rodeo Drive to view the new Luminor Chronos at Panerai. Its 3-liter BMW TwinPower Turbo inline 6-cylinder, M Sport Differential, M Sport Package Pro, 20″ M V-spoke bi-color rims, and 8-speed Sport automatic transmission with paddle shifters and Launch Control combined to provide an exhilarating yet efficient drive experience. Inside, my Fiona Red and Black Extended Merin cockpit featured Glass Controls, a rearview camera, Apple CarPlay, a Harman Kardon premium surround sound, a 3-spoke leather-wrapped M sport steering wheel, and the Live Cockpit Pro. 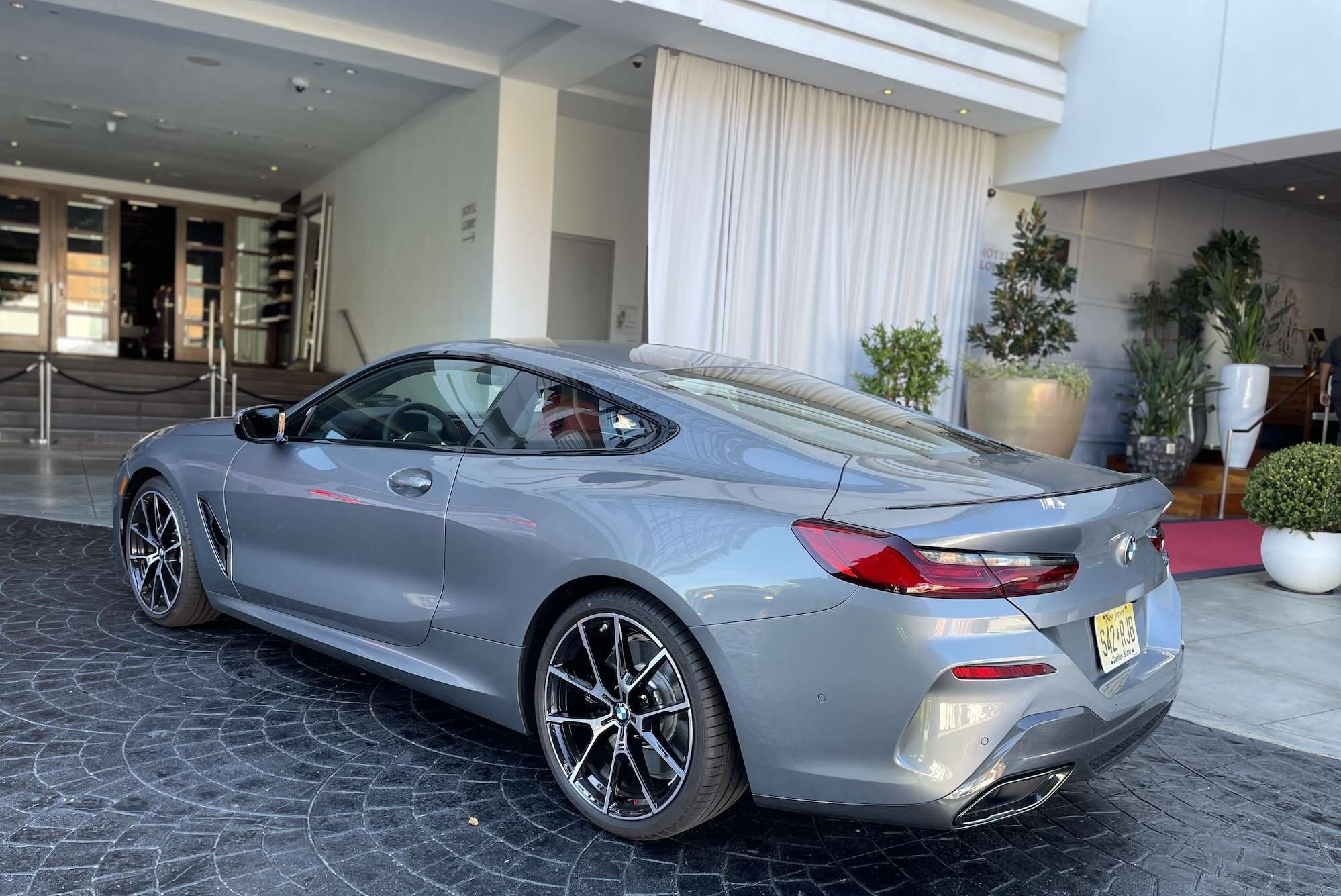 When one becomes indoctrinated into the universe of BMW M, they immediately become enamored with the design principles, engineering philosophies, and extensive innovation that the platform presents. As a result, the performance brand is as infectious as it is revolutionary.

“To represent BMW M Motorsport again at the top level, and to be involved in the start of this new era of motorsport, is a unique opportunity and a great honor for me, stated Augusto Farfus. “This exciting project is one of the highlights of my career. The opposition is very strong and we will learn a lot in our first year. However, I think we have everything in place to achieve good results from the start. We are definitely working hard to make that possible.” 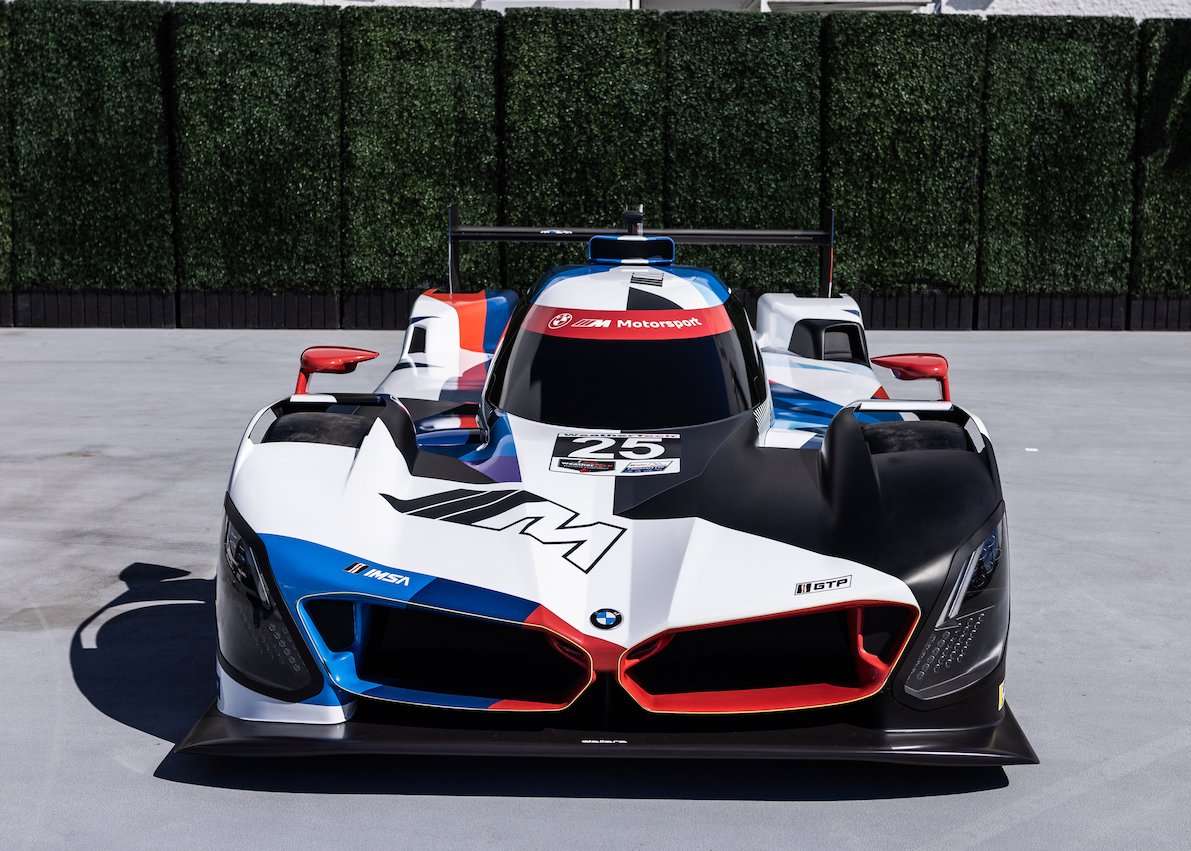