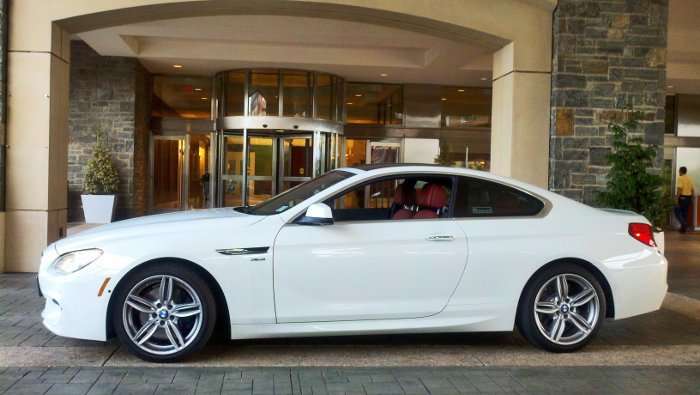 While my Yamaha YZF-R1 was undergoing a transformation, I had the pleasure of taking our Alpine White long-term 2012 BMW 650i xDrive Coupe (nicknamed “Ice”) on my annual pilgrimage to Myrtle Beach, South Carolina for the Atlantic Beach Bike Fest (ABBF) with its humble beginning 32 years ago by the Carolina Knight Riders. 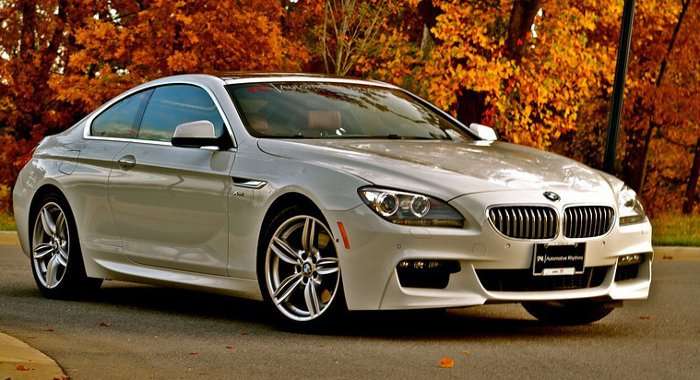 This journey typically takes me approximately six hours. Given our Bimmer’s 400 horsepower 4.4-liter twin-turbo V8 with a 0-60 time of approximately 4.4 seconds, I’m sure I easily could have made the trek in record time. However, for sake of keeping my driver’s license I opted out of this tempting single-vehicle Cannonball Run. A more compelling reason was the sheer enjoyment of the ride. The ergonomics are meticulously thought out with the positioning of all major controls within sight and reach, particularly the vastly improved iDrive controller which operates one of the most intuitive factory navigation systems I’ve experienced. Inside I was cradled by a rich Vermillion Red Nappa leather interior and I put my car on cruise because it was summer, summer, summer time (as Will Smith waxed poetically).

Although I was in a summer-time state of mind, fate presented itself to test Ice’s agility and handling by way of an 18-wheeler having a blown tire a few car lengths in front of me. Like a death-defying circus act, I was able to navigate around the bouncing debris with the greatest of ease thanks in part to the Dynamic Stability Control and BMW’s xDrive all-wheel drive system. Our Bimmer also came equipped with the Driver’s Assistance Package with lane departure warning, active blind spot detection, head up display and side and top view cameras all aiding to my comfort, safety and security. I also found the fuel economy to be far better than expected.

With and EPA estimate of 20 mpg highway, on average it only cost $55 to fuel up. Having to do this only three times with more than a half tank to spare upon my return proved to be easy on the wallet.

My first stop was Myrtle West Custom Cycles to check out a set of rims for my bike’s transformation. Upon entering this top shop, Ice fit right in with Myrtle West’s custom bikes given its “M Sport” package consisting of 19″ alloy double-spoke wheels, LED fog lights and an aerodynamic kit. After a brief stint there, I was off to Atlantic Beach to connect with the rest of the Myrtle West team just in time to check out their action packed stunt show.

With a full agenda at hand, I headed off to Victory Motorcycle’s VIP Party at Coastal Victory, which paid tribute to the founder fathers of the ABFF and used the event to unveil their new custom Victory Cross Country by Rob Uecker of Voodoo Creations to benefit Bikers Against Breast Cancer. What was also significant about this event was Victory’s outreach to the sportbike market by providing two 2012 bikes to trail-blazing individuals in the bike community, Sharon “Lady Ninja” Cancel and Brian “Seven” Lawson. A surprise appearance was made by automotive and motorcycle enthusiast, show-host and comedian Alonzo Bodden, who made his first trip to ABBF.

The following day, Ice and I cruised over to Redline Powersports to witness the ICON Limiter’s daredevil trickery and stunts pitting Team No Limit’s Eric Hoenshell and Jason Britton Superbikes up against Team One Wheel Revolution who performed seemingly impossible stunts on Harleys.

I ended my trip at the North Myrtle Beach Drag strip, the home of the Carolina Night Riders where I ran into nine time world drag race champion Rickey Gadson, fellow drag racer Ashon “Killer Instinct Capo” Dickerson and BMW S 1000 RR drag racer Dominic Anderson who all had nothing but praise for our 650i’s sleek race ready style. Rickey, also being a car enthusiast with a discerning eye pointed out one of the drawbacks we both took issue with, the lack of a fully opening panoramic sunroof. However, once Ice was positioned at the track’s starting line for a prime photo op, the lack of this panoramic feature faded just as fast as Ice’s estimated quarter mile time of 12.7 seconds.

With a base MSRP of $86,000, our optional equipment loaded unit tips the scale at $98,054. Don’t get me wrong, nothing compares to having a bike at a bike event. However, having such a sophisticated driving machine was more than a perfect substitute.