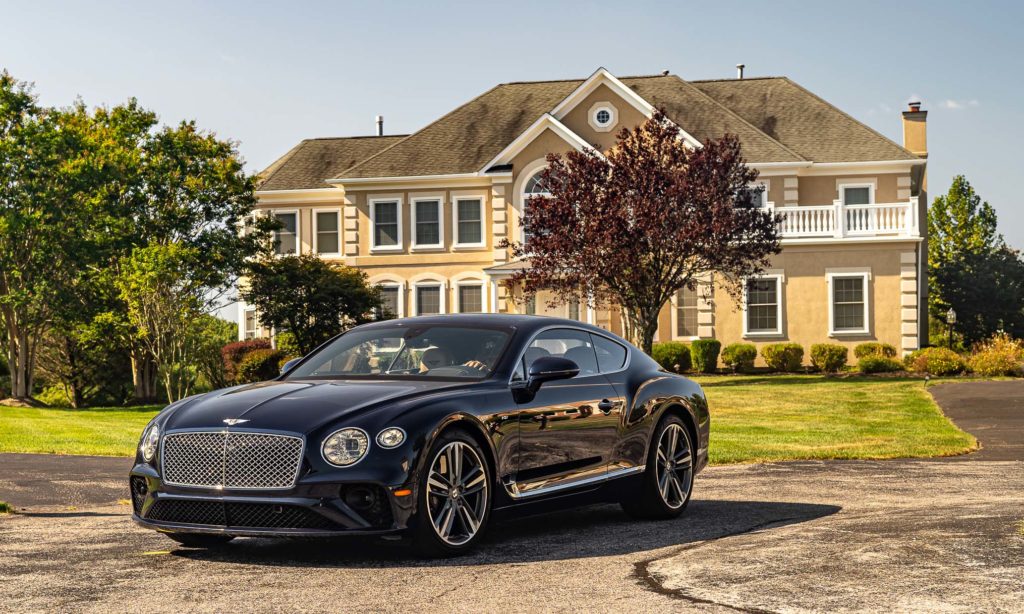 When the Bentley Continental GT first hit the scene, it attracted omnipresent attention from all, including entertainers, pro athletes, business executives, and of course, the rich and famous. However, along the way, the performance coupe lost a bit of the enthusiasm that created the fame as other marquees entered the stage. Fast forward to modern-day, and the latest interpretation of Bentley’s two-door innovation is as remarkable as ever while commingling tantalizing performance, lavish attributes, and sophisticated technology.

My four-day allotment with the 2020 Bentley Continental GT V8 was both mesmerizing and boastful, as you can imagine. The vehicle garners constant attention and draws consistent awareness of onlookers, so basically “you” are “always-on,” replying to thumbs ups, answering inquiries, and smiling back at admirers. For this reason, I made sure to align my wardrobe with the luxuriant sports car to roleplay the beholder of this $236,175 ($198,500 MSRP) gem. The art of bespoke formality results in a scientifically inspiring and beautifully sculpted British coupe. 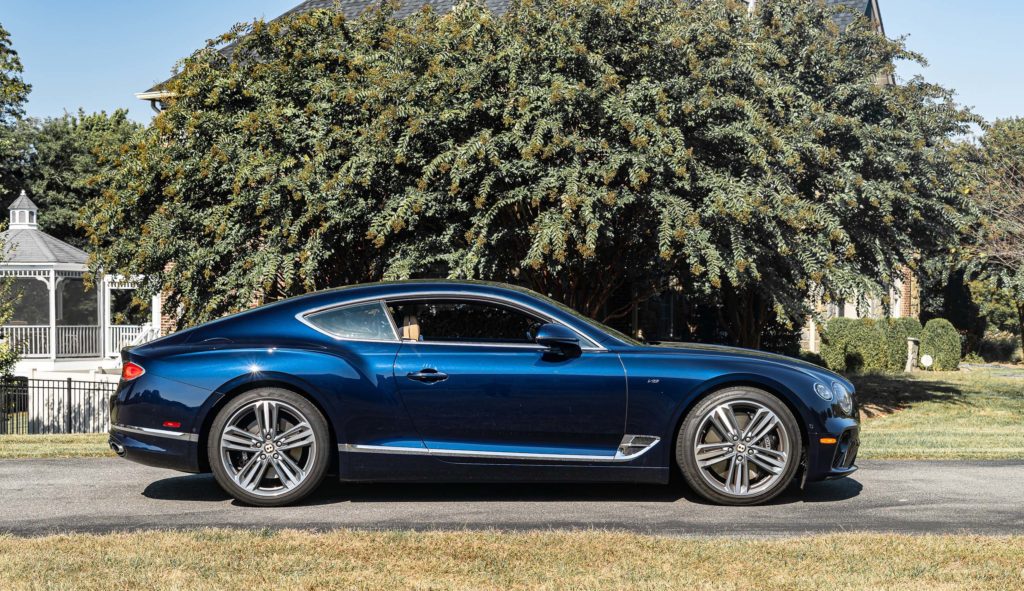 This newfangled Bentley GT is so gorgeous that mostly I parked and admired the view more than I took the wheel. I wanted to follow the precept, especially since owners of exotic collections rotate their vehicles and do not overexpose one in particular. Of course, the preservation of authenticity is far too important. 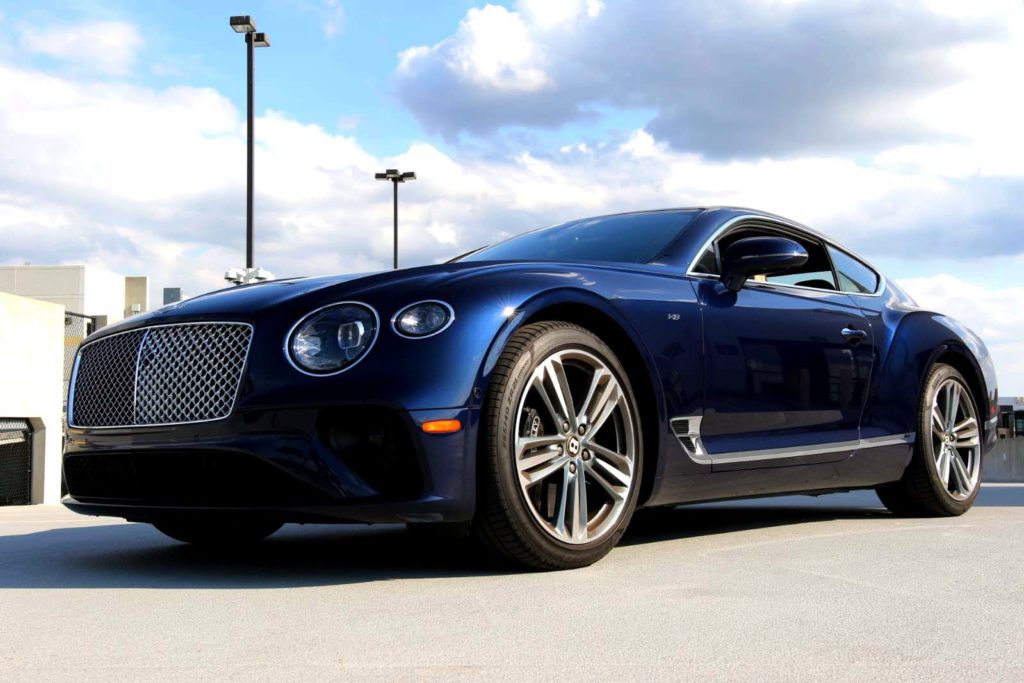 We must not forget that Bentley was forged in 1919 from the dreams of founder W.O. Bentley to create an automotive brand with both racing DNA and extravagance in its blood. The Crewe, England based auto brand won Le Mans five times in the 1920s! Today, the premise continues, so under the hood of the 2020 Bentley Continental GT V8 resides an impressive 4-liter twin-turbo V8 with up to 500 miles of driving range thanks to variable displacement technology; an 8-speed dual-clutch transmission; and Active All-Wheel Drive. With a top speed of 198 mph and 0 to 60 mph in 3.9 seconds, the powerplant pumps out 542 horses and 568 lb-ft of torque, which allowed me to get around town in time without issue. 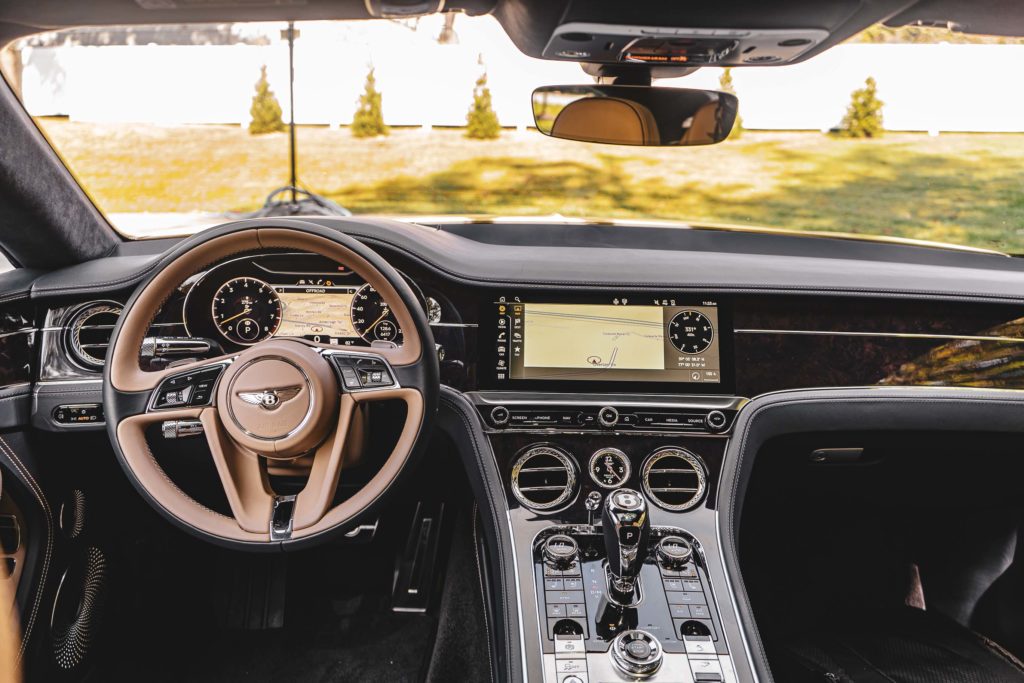 Moving swiftly like a barracuda in water, take control of the stately vehicle’s power bands through paddle shifting and engage the unit in Sport mode for authority. More importantly, the GT’s burples will always put a smile on your face while the deep-throated notes reverberating through the elliptical quad exhaust finishers light up the neighborhood. For a lawyer reception in New Hampshire Farm Estates I was attending, my colleagues said they heard me approaching from the entrance, which was about 15 seconds away. The GT also features an air suspension with four height settings and Continuous Damping Control. Additionally, opt for Bentley Dynamic Ride for driving advancements. The Electronic Active Roll Control system evaluates your road’s conditions and alters the anti-roll bars to help decrease body movement.

Inside the dual-tone Camel and Imperial Blue leather cabin were seven key options that either enhanced the ownership experience or were there for bragging rights. The $1,850 Centenary Specification, in my opinion, should be standard on all 2019 and 2020 models. Additionally, Bentley could have folded the $8,385 Touring Specification that includes advanced safety systems such as Lane Assist and Head-up display and the $4,200 Front Seat Comfort Specification into the MSRP. Bentley also needs to remove the lane warning blinker in the side view mirrors because they were annoying and made me think, somehow, that I was engaging the turn signals.

Featured inside is a jeweled center console with Diamond knurled knobs, a 12.3″ multimedia screen ($6,365 Bentley Rotating Display), and the $6,770 Bang & Olufsen audio system. Additional touches include Mood Lighting ($2,020) and City Specification ($5,360) that provides a Top View Camera helpful when parking close to curbs. My daughter was also fond of the Bentley “B” ground projection upon door openings, which she said looked like the Bat-signal.

So there you go, the Bentley Continental GT is no longer a memory of brilliance but a modern interpretation of a self-improved performance coupe that will tap into each of your six senses. Stay liquid!