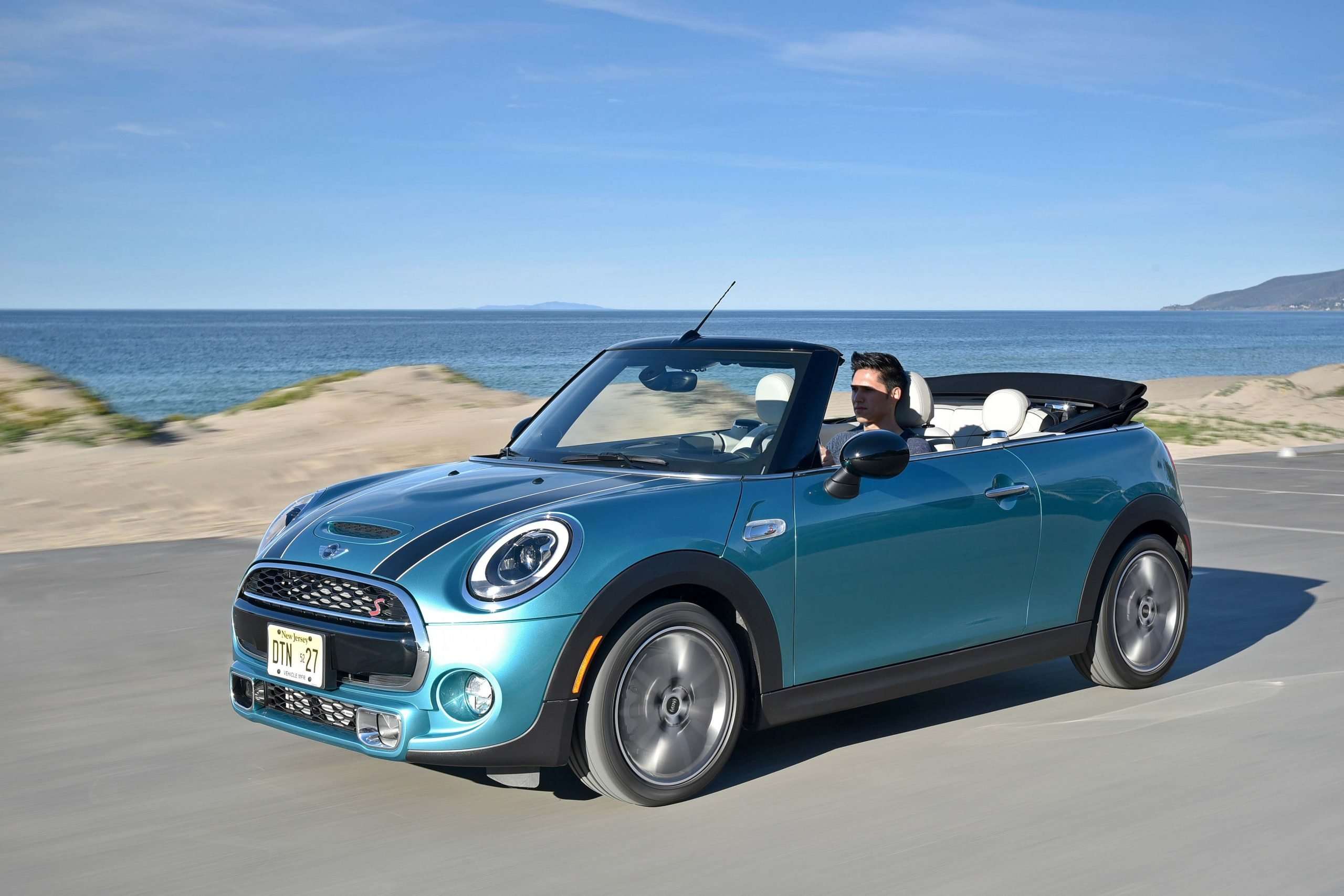 It’s a bird, it’s a plane, no, it’s the Mighty MINI! I guess it’s true, that good things do come in small packages. It certainly is reflected in the John Cooper Works Convertible edition of BMW’s MINI Cooper. While hustling and bustling through the city streets of Washington, D.C., I felt like the quickest, cutest thing on the road. Zooming along in this “Chill Red” convertible with black checkered interior, I had to put the top down and take in the wonderful fall foliage.

Attracting many glimpses from onlookers, I experienced folks approaching me, commenting on the oversized speedometer in the middle of the dash, which made you think of the rapper Flavor Flav that wears the huge clock around his neck. As I enjoyed the retractable sunroof convertible and taking in all the unique features of the MINI Cooper, I especially loved the “Openometer” which displayed how long I was driving with the top down. And this MINI accelerates with gusto. Reaching 0-60 mph in 6.6 seconds, this 208 horsepower turbocharged engine made me want to seek out the nearest race track.

The proud and rich heritage of the Mini Cooper dates back to 1959. Our love affair with the brand extends back to its re-introduction under the wings of BMW. At a recent “Mini United” 50th Birthday celebration in the United Kingdom, we took in a full history lesson on how this small and unique body style was designed as a result of the fuel shortage from the1956 Suez Canal Crisis. Though the Mini was produced by the British Motor Company, it influenced a generation of car makers. John Cooper of the Cooper Car Company, which specialized in racing cars fell in love with the Mini’s racing potential. In 1961, Cooper unveiled the first Mini Cooper and transformed this Classic Mini into a racing success by winning the Monte Carlo Rally three times.

Today, the MINI has become a fashion icon, with movie appearances in the Bourne Identity and The Italian Job, which left striking impressions that lead to celebrity recognition and awareness to a new generation of people not familiar with the car’s exemplary performance. All 2010 John Cooper Works models are complemented with a performance tuned transmission, reinforced clutch and stout six speed manual gearbox.

Behind the wheel, you have the choice of different driving modes: DSC, and DTC with EDLC; each mode allows the driver to decide exactly how much assistance they want controlling their MINI. In the Dynamic Stability Control (DSC) mode, your MINI will react to the slightest feel of instability and keep the vehicle on a straight path by adjusting the engine power and applying brake force as needed. Now, if the DSC button is turned off, Dynamic Traction Control (DTC) takes over, helping to improve traction during acceleration on slick surfaces. Then when DSC and DTC are both turned off, the driver is in complete control of their MINI, therefore allowing full engine power at all times. That mode is for the truly experienced and skilled driver! To prevent any loss of traction control during aggressive cornering, the Electronic Differential Lock Control (EDLC) automatically applies braking power to a spinning wheel.

The MINI Cooper is no stranger to keeping it environmental friendly mannerism with their motto being “Lets Sip, Not Guzzle,” resulting in a fuel economy of 25 mpg city and 33 mpg highway. Base MSRP is $34,700.

Now that I have my history intact and enough performance to outwit any pursuer in a chase scene like Jason Bourne it’s time to ride out like a true MINI hero.