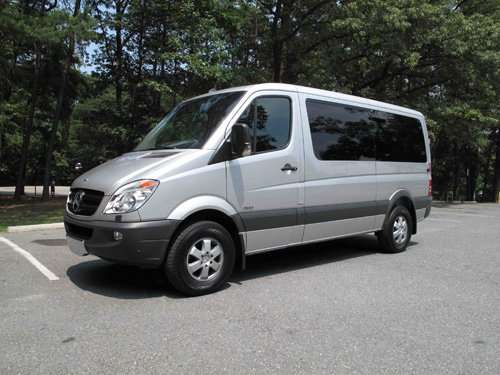 At 6’9” tall and close to 270 pounds, I’m no small guy.  I’ve been called every name in the book over my 50 years on Planet Earth, including Jolly Green Giant, Sasquatch, Eiffel Tower and Goliath.  Goliath was eventually felled by the smaller David with a mere slingshot.

Well, I’ve been felled by smaller cars. Mazda Miata?  Only if surgery to remove my legs is on the docket.  Porsche Cayman?  Ditto.  Sadly, I’ll never drive either of these excellent sports cars.  So when my neighbor strolled into my driveway and pronounced “so Brian, I see you’ve finally met your match,” I had little to say, as the test vehicle he was referring to was the colossal 2010 Mercedes-Benz Sprinter 2500 Passenger Van.

Folks, this thing is huge! Another neighbor, certainly trying out for the comedy slot on late night television, chortled, “so I see you are driving the Church van now!”  But she was on to something.  This is the perfect vehicle for groups of people trying to safely get from point A to point B.  Multi-passenger vans have been in the news over the years, mostly because of the poor crash protection they provide.  Rollover accidents are particularly dangerous in these vans, as they may not meet stringent roof crush standards set for passenger cars and minivans.  But not so with the Sprinter. When you finally get over the sheer mass of the Sprinter, you may wonder about its top heavy appearance. But this is a Mercedes-Benz with an advanced Adaptive Electronic Stability Program (AESP), and variations of the Sprinter have been plying German and American roads safely for years.

When I first hoisted myself up into the driver’s seat, and this is quite a ways up (the 2500 is 96 inches tall!), I thought “well, I’ll put a dozen or so miles on this thing, get some pictures and park it because it must be awful to drive.”  Wrong!  I really enjoyed the comfort and handling of the Sprinter 2500.  Nearly every passenger, and there were many on the “party bus,” commented on how smooth the ride quality was.  The 144-inch wheelbase had a lot to do with the comfort level.  Passengers less than 5’5” tall were able to stand in the rear during entry and exit with no problems. 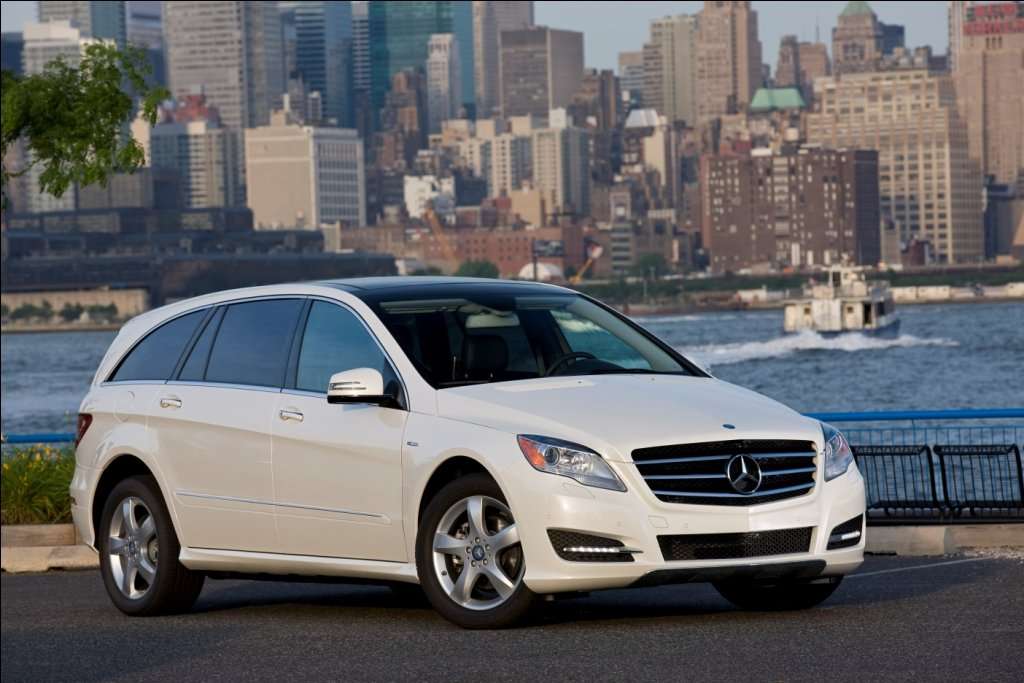 I ended up putting several hundred miles on the clock, many of them on a stretch of road in Virginia, USA called Georgetown Pike.  The “Pike” is a curvy road that runs adjacent to the historic Potomac River, and at its beginning there is a warning sign for 18 wheelers and other large vehicles to consider other routes because of the many tight corners.  The Sprinter seemed to come alive on this stretch, almost as if it wanted to prove to me that its 5710 pound curb weight was no match for German engineering prowess.  Handling was absolutely flat, with no hint of top-heaviness, no matter how hard I pushed it through the corners.

The Sprinter 2500 is powered by a “BlueEfficiency” 3.0-liter turbodiesel engine that makes 188 horsepower and an impressive 325 pound-feet or torque.  Shifting is auto or manu-matic through an excellent five-speed gearbox.  Floor the Sprinter, and those around you will be startled at the pace at which it moves.  It can get out of its own way quite nicely.  My fuel economy was very impressive, as I saw 20 mpg in mixed, heavy foot driving.  Given the base 26.4 gallon fuel tank, range estimates over 500 miles on a single tank of ultra low sulfur diesel are very realistic.

Key options included a small passenger area sunroof, rear park aid (a must!), heated front row seats, bi-xenon headlamps with washers, cruise control, and security alarm.  Options and delivery charges raised the final tally to $53,410. A lot of money to be sure, but when you compare the Sprinter 2500’s safety record with 15 passenger vans from GM, Ford and Chrysler, it doesn’t seem like much money at all.