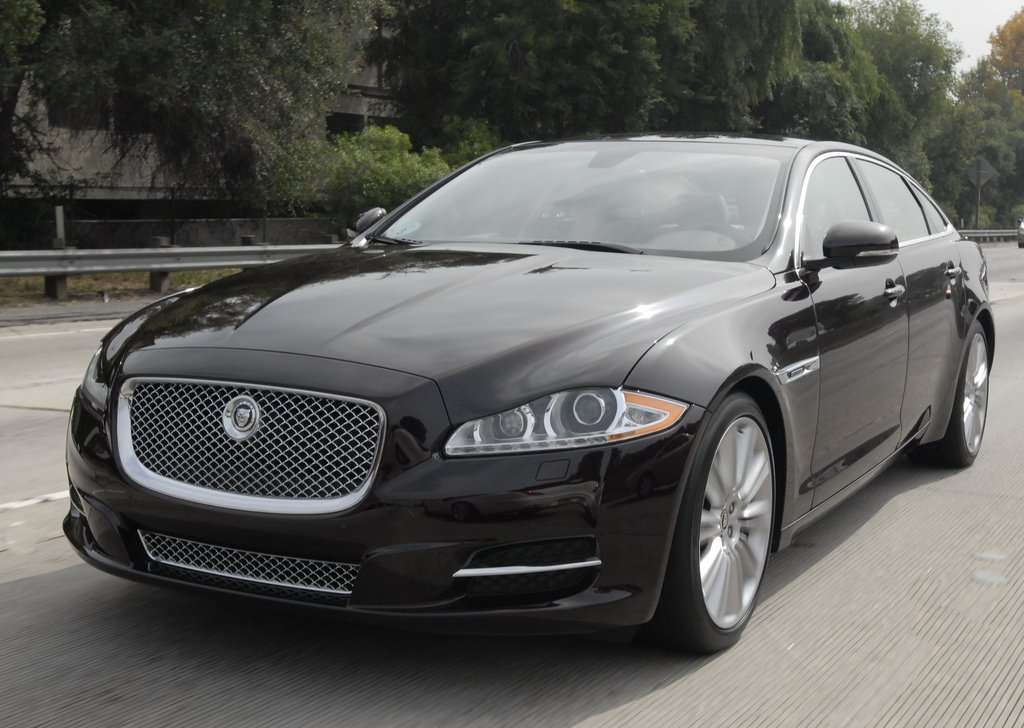 Jaguar brilliantly chose the Sunset Marquis, a Hollywood retreat entrenched in rock n’ roll history, to launch the 2011 XJ.  The five acre property, first opened in 1963, just had a $25 million revamp. The iconic Jaguar XJ sedan, launched in 1968 as the Series 1XJ, has gone through a metamorphosis too.

“Jaguar has always been about Hollywood and glamour. We wanted to go back to the original bold, inspirational design, combining it with agility and sports performance driving. This is truly a car that takes us to where we believe Jaguar should be,” remarked Gary Temple, president of Jaguar North America.

“We are fiercely modern… always looking forward,” he noted.

The Sunset Marquis is, like Jaguar, both modern and classic.  With amenities such as 24-hour dining and massage service, an on-site recording studio, a duo of rubber duckies resting on the free-standing tub and a low-key spa, the Marquis has an intimate yet edgy vibe.

The fact that the 2011 XJ launched in Hollywood (with 500 billboards, airport signage and targeted advertising) is an example of how the venerable company is going after a younger, hipper audience – one that is involved in fashion, entertainment, advertising and of course, luxury. 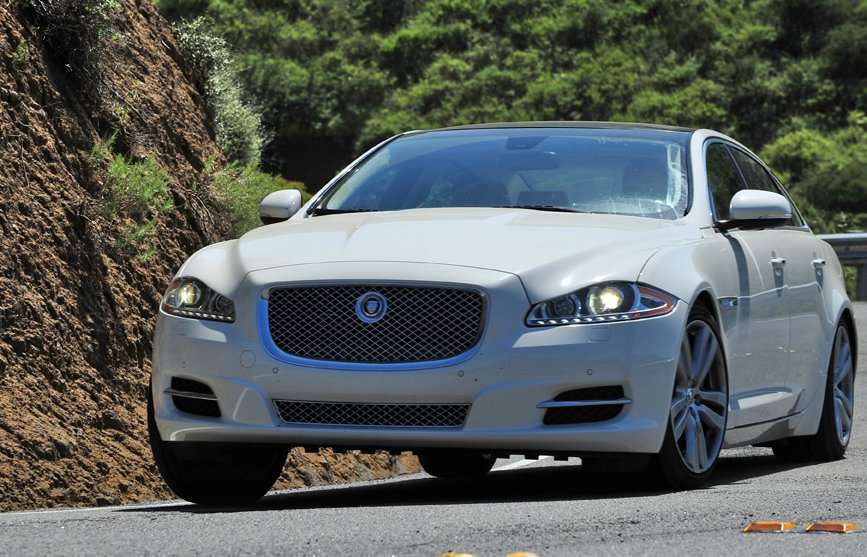 To be noted: with the all-new XJ, Jaguar has also upped its conquest to the likes of Rolls-Royce, Maserati and Bentley GT customers.

“We look back to inspire ourselves,” noted Giles Taylor, chief designer for Jaguar XJ/XK.  “The 1968 XJ exemplifies a love of form with its elegance and beauty of line… the emotional that goes beyond the functional. We are looking forward to modern trends, a design form to create our future.”

Jaguars are hand drawn: they always will be, noted Taylor, who says his communication tool is the pen. “I sketch because I love form; I love the 3-dimensional. We have expressed ourselves with the new XJ in a very daring way. The ultimate charisma of our brand is emotional and artistic: forms that go through wind very fast.”

Taylor compares the design of the new Jaguar XJ to a well-fitted suit: one that fits a woman’s body perfectly, like Chanel and Yves St. Laurent. “These were the founders and artists of their own companies.  Just like Sir William Lyons (founder of Jaguar) these are people who understand form, line and elegance. The only artists that come close to that are Ferrari and Bugatti,” he said.

Circling the car, Taylor explained that Jaguar wanted the 2011 XJ to have a very low profile, to be “well planted.”

“The window shape came first,” he explained. After that, he noted that the design team became braver and added touches like the linear front fender that grabs the front wheel.

Taylor pointed out the panoramic roof — with slim A pillars — that was designed to, at once, let light in and allow passengers to see out. The inspiration? The flying bridge on a yacht.

“Jaguar has a lovely sense of repose — a Britishness. It catches the light. The waterfall shoulders the grille graphic in the front,” he enthused. The taillights — three vertical lamps called cat’s claws — were designed so that the XJ could be identified in the dark.

Regarding the interior, Taylor noted that the XJ is all about a sense of well-being. Thus the gentle curve of the console to cosset the passenger and a lower instrument panel than the XK. “Our customers can discern right down to the smell of the leather and the stitching patterns,” Taylor said. XJ is also adding a carbon fiber trim option for the younger customer.

As with Prada handbags and Ferragamo briefcases, Taylor notes that less is more. “If you do it well, that’s enough.”

Then again, on the SS model, Jaguar will illuminate the vents with purple lights and use purple flock (felt flocking) in the interior of the glove compartment and the cup holders. The color,  Mauveine purple, was Queen Victoria’s favorite color.  “A little bit of British humor,” he laughs.

But back to that less is more approach, the vents have changed from boutique style to vintage Jaguar shapes: metals that look and feel good to the touch. Ditto for the knurled shifters and controls and 3-spoke steering wheel wrapped in leather. Plus, the 2011 XJ has more wood trim—in fact, more than has been used in a Jaguar since 1967.

Michelle O’Connor, technical engineer in charge of vehicle integrity, makes decisions on things like what a Jaguar should sound like. “A switch and the logic behind it — how it sounds and feels are obvious things that define the character of a car,” she says. “We even tune the sounds of a turn signal or the flow of air through the vents.”

And one more little touch: when you put the XJ in “Dynamic” mode — the control panel lights up in a red hue. O’Connor said Jaguar thought it would be a pretty cool (or hot) visual.

To quote Taylor, “The soul of the XJ is feminine but the pulse is masculine.”