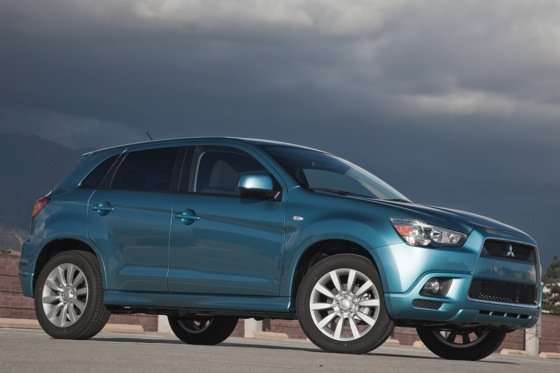 Mitsubishi’s compact, inexpensive 2011 Outlander Sport crossover enters the competitive fray of what it calls the “Lower Crossover” segment, battling an A-list of aggressive newcomers such as the Nissan Juke, Kia Sportage and Hyundai Tuscon. Mitsubishi says this category will grow 500 percent by 2013.

This lighter, shorter (by a foot) and less powerful version of the Outlander steals the best features from its siblings and creates a nice niche for itself of content versus price. The 710-watt Rockford Fosgate nine-speaker audio system, magnesium steering wheel paddle shifters, super wide-beam HID headlamps and push-button start add up to less when priced against even the hottest competition. Fuel economy is a stellar 25 mpg (city)/31 mpg (highway) for the front-wheel-drive CVT version, a leader in this segment – a position it has achieved by being light, using electric power steering and possessing excellent aerodynamics. 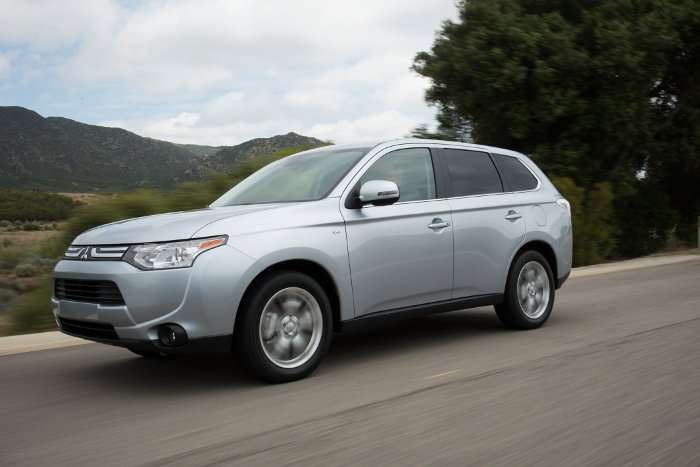 Though the car doesn’t quite live up to its “Sport” title in the horsepower department, the 148 hp 2.0-liter four-cylinder gets the job done. Longer trips in the all-wheel-drive version (in front-drive mode) are more comfy than sporty, with the electric power steering system proving to be the highlight of the driving experience – great feedback and response, making twisty roads feel totally secure.

Driving on a sandy beach with all-wheel drive deployed brings 70 percent of the power distribution to the rear wheels, pushing the car forward with ease. The automatic CVT (continuously variable transmission) with paddle shifters will likely be the most popular model and it makes for more lively driving.

The starting price is a low $19,250, so moving up the option ranks isn’t too painful. Fully loaded, the Outlander Sport can cost more than $27,000, but the fancy options at that end of the scale include a panoramic glass roof, the Rockford Fosgate audio system, real-time traffic updates and a rear-view camera.

With an interior that is functional and ergonomically simple, but not slick and futuristic, complemented by a pleasing exterior, the Outlander Sport may be just the ticket for a car buyer looking for features and function while keeping wacky design to a minimum.

Mitsubishi is working overtime to get a broader audience for the 2011 Outlander Sport, including a Facebookcampaign and a computer-based virtual test drive of an actual unmanned robotic car. Whether this effort will get the car on shoppers’ short lists remains to be seen, but the effort has been made.