2012 Mercedes-Benz CLS: In a Class by Itself 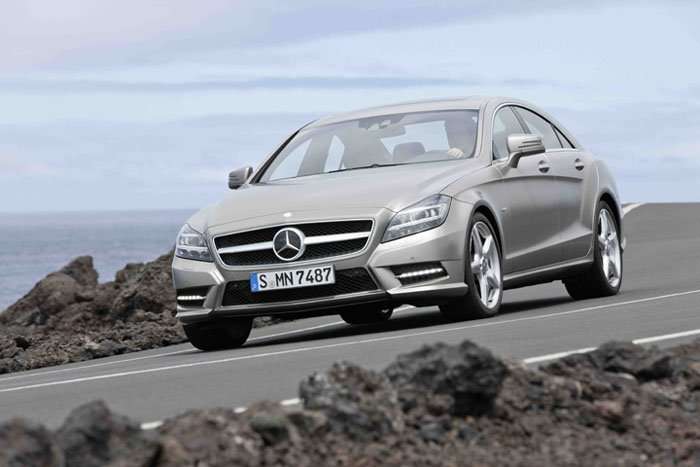 Our CLS-Class adventure began in majestic Paris, where one of Europe’s most prolific motor shows was gearing up for a two-week run that would showcase everything from electrics to exotics. As car enthusiasts from the world over descended upon the City of Light, Mercedes-Benz was kicking off its own festivities, on the eve of the show, by celebrating 125 years of the automobile at the premiere cinema theater UCG Normandie on the Champs Elysees.

The event marked the forthcoming date of January 29, 2011, which will be exactly 125 years to the day when Carl Benz submitted his patent application for the first automobile, the three-wheel “Tricycle.”  In parallel, Gottlieb Daimler was developing the first four-wheel motorcar. Thus, independently from each other, the two inventors laid the foundation for the modern automobile and motorized individual transportation.

“The invention created by Daimler and Benz changed the world and affected virtually every aspect of daily life,” said Dr. Dieter Zetsche, Chairman of the Board of Management of Daimler AG and Head of Mercedes-Benz Cars.  “Now we are inventing the automobile for the second time.”  Dr. Zetsche’s words were followed by a 3D film (glasses included) encapsulating the past century and a quarter of the Benz experience.

The next day, on the floor of the Paris Motor Show, Mercedes spearheaded its presence with the unveiling of the new 2012 CLS-Class. The highly anticipated model marks the second generation of the car.
When the CLS-Class first launched back in 2004, it created a whole new segment for four-door coupe-styled sedans.  And though its styling was a bit polarizing, most agreed that it established a new kind of elegance for the luxury carmaker.

For 2012, the car’s intentions are somewhat different than its predecessor’s.  Though still elegant and artful, some of the CLS’ original sensuality has been replaced by a bolder, more aggressive look.  The car now takes on a harder-edged presence, exuding a stronger performance character.   This is seen most overtly at the car’s front end, with its larger grille and a more prominent three-pointed star.  The hood has grown longer, and the overhangs are shorter, taking the CLS profile further into coupe territory.  We weren’t sure if this design shift was the right direction to go… until we headed to Florence, Italy to drive the new CLS.  Then it all made sense.

There, on the varied roads that carve the Tuscan countryside, the CLS clearly proved itself as more of a handler than before.  Driving dynamics have been improved on all fronts.  Steering, in particular, is not just responsive, but laser precise, putting the CLS on par with the BMW 5-Series when it comes to sheer driver control.   Furthermore, the CLS feels more sure footed than its predecessor through hard cornering and high-speed lane changes.  This sedan is now a true driver’s car.

The CLS was quick and nimble on the city streets of Florence, too, where traffic patterns can be a little chaotic.  The CLS was able to dart in and out of the melee with little effort, and the car felt smaller than its actual dimensions.

Aside from maneuverability, the CLS is able to offer a super smooth ride and a very relaxed personality.  The car almost glides along, whether on long country sweepers or bumpier city streets.   And that’s something the 5-Series cannot claim.

The Euro-spec CLS 500 we drove is identical to the CLS 550 that will appear in U.S. showrooms next summer.  Powered by a 4.7-liter twin-turbo V8 that makes 402-hp and 443 lb-ft of torque, the CLS is strong, both off-the-line, and in mid sprint.  Passing power is abundant.  And though there is an AMG model on its way, it’s hardly necessary.

Within, the CLS offers a cabin with all the luxury and technology one would expect from Mercedes-Benz.  Compared to some other premium brands, Mercedes interiors always seem a step-and-a-half ahead.  With the CLS, everything that is intimated outside continues inside.  You feel this at all fours seats, but most intensely in the driver’s position.
One of the most impressive new technologies to debut on the CLS is the Intelligent Light System. Employing full-LED headlamps, the system adapts itself in line with practically any traffic situation and improves both visibility and safety.  And that’s just one example.

The new CLS seems to offer it all: exclusivity, agility, safety, and ride comfort.  In designing this car, Mercedes-Benz was able to retain all of the virtues of the original model, while enhancing it in just the right places.  We were impressed, indeed.  Pricing has not yet been announced.