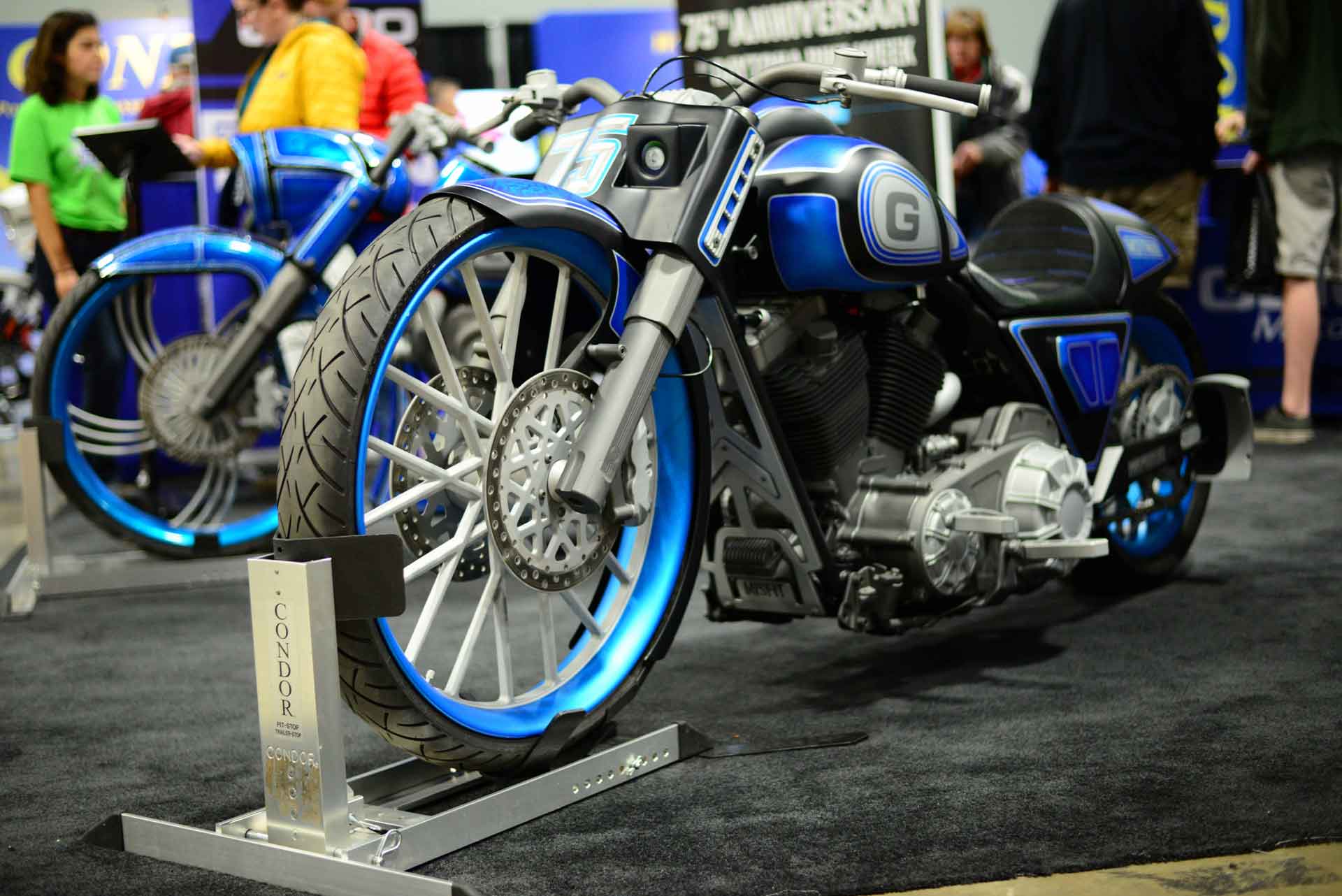 After skipping Washington, DC in 2016 the Progressive International Motorcycle Show (IMS) made its way back home and was welcomed with open arms. The IMS is a nationwide tour allowing biker enthusiasts to interact with the major motorcycle brands, parts, apparel and customization shops partaking in each tour stop. Cruisers, sportbikes, dirtbikes and atvs were on display to engage interest from riders of all walks of life.

Starting on Friday and running until Sunday the Washington Convention Center served as the host for the annual mid-Atlantic destination. Let me start off by saying that the show stopper was the Ducati 1299 Superleggera. Ducati has decided to produce only 500 of these rare gems with a price tag starting at $80k. Just a stone’s throw away were more powerhouse motorcycles such as the Kawasaki Ninja H2 and the H2R.

Polaris and Yamaha blew me away by highlighting custom builds in their exhibits, as this is far from the norm at an industry show. This tactic wowed patrons as they could view the aftermarket possibilities in comparison to the factory models. Polaris posted an Avorza fully custom slingshot complete with an air ride system. This beauty was built by Alex Vega and his team at the Auto Firm in Miami Florida. Yamaha showcased a custom 2017 FZ10. This awesome machine was built by Charlie and his team at Charlie’s Chop Shop in Astoria Queens, New York. Both of these beauties were proudly displayed at the IMS and drummed up a lot of discussion. These motorcycles will be traveling the nation for a viewing at all the Progressive International Motorcycles shows. 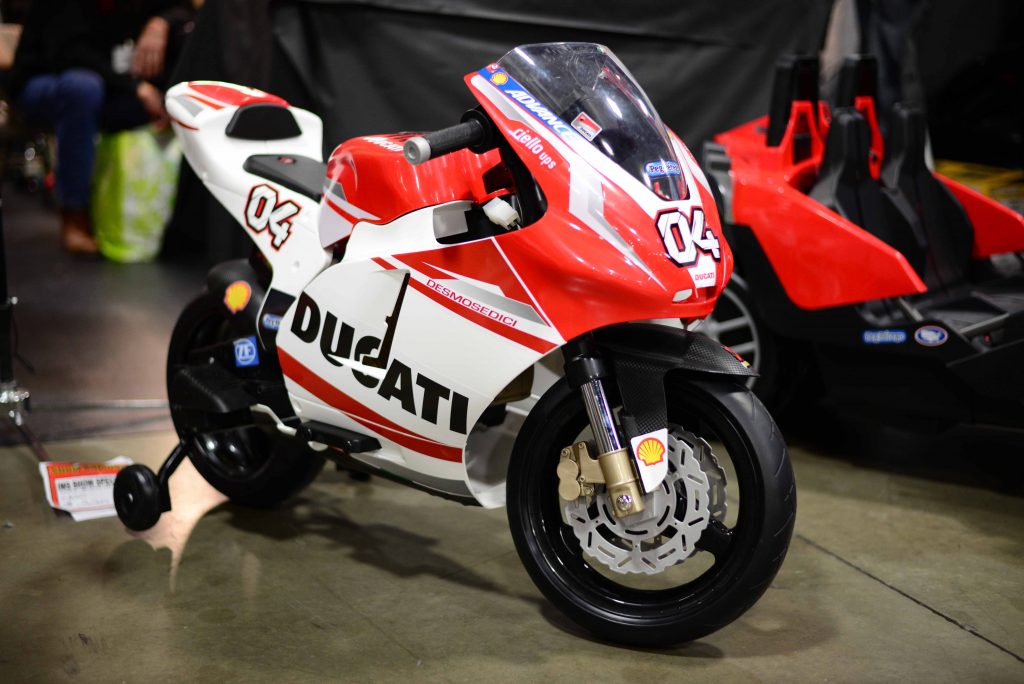 J&P Cycles presented the Ultimate Builder Custom Bike Show with a few enticing rides from amateur builders and riders who participated using their own machines. I am deeply rooted in the motorcycle community and felt that the turnout in custom motorcycles was poor in relation to past years. There are a large amount of custom breathtaking motorcycles in the DC Metro area so maybe a bit more outreach is needed prior to the show to reel them in. The bikes that were on site enticed onlookers and sparked discussions regarding concepts for the biker aftermarket.

A big disappointment however was the lack of a stunt show this year. This was a major let down for many of the consumers, as well as the stunt riders that typically perform. A highlight of the IMS is to see the energetic stunt show full of wheelies, stoppies and burnouts as well as the autograph and picture sessions. Please bring this event back to the show!

The Progressive Parlor was such an added treat being a one-stop-shop for entertainment and service. The Parlor had Flo’s Coffee Grinder, the Studio, the partner showroom, Flo’s Chop Shop and the Progressive stage. The kids kept busy in the Allstate Kids Zone. 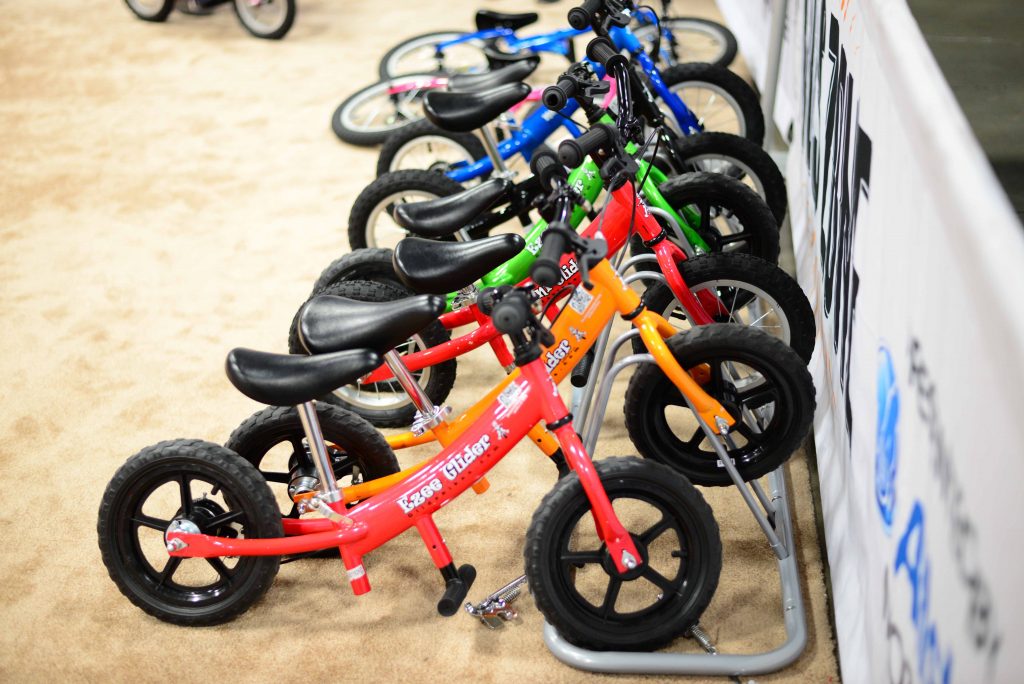 Flo’s Chop Shop brings some of the best barbers out of Austin, TX to offer haircuts and shaves. Also offered were boot shines and mini-manicures. Flo’s Coffee Grinder is a lounge where patrons could relax and grab a cup of coffee, tea or hot chocolate. My favorite part of the show was to experience the live art installation from Makoto Endo who is one of the most unique artists in the world. Makoto Endo showcased his talent by painting a motorcycle to canvas by free-hard with chopsticks in the Progressive Studio.

IMS also has a charitable aspect to it as well. During the month of November, Progressive teamed up with the Movember Foundation for a second year of the Mo’s and Moto’s campaign to help raise money and awareness for men’s health.