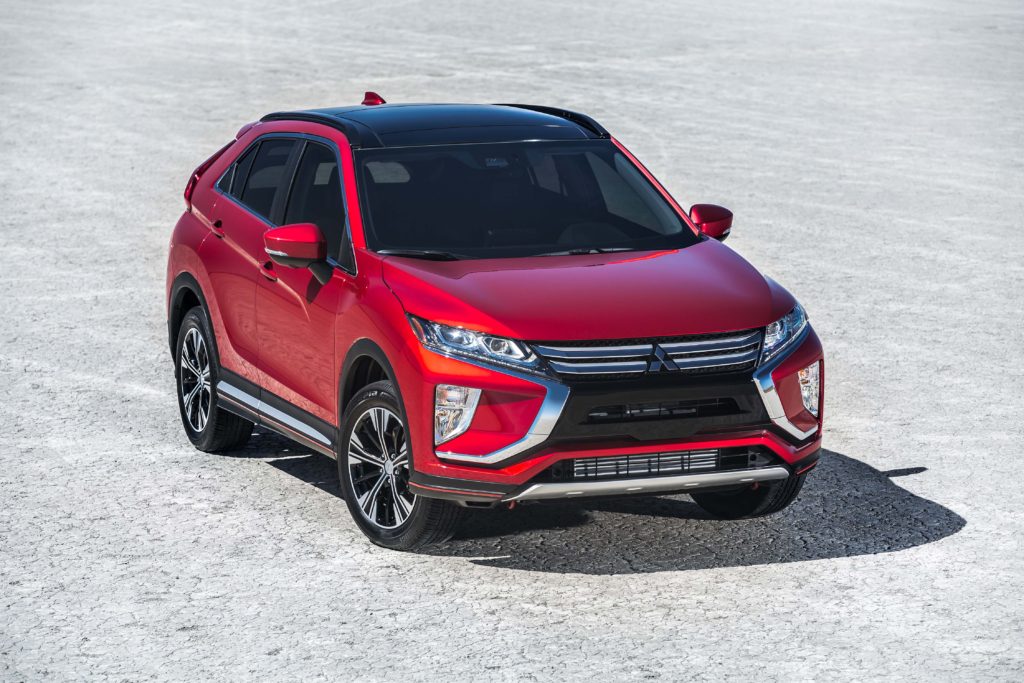 My chauffeur scared me half to death during the pickup from LAX for the 2018 Mitsubishi Eclipse Cross test drive. After I asked him how long it would take to drive to the hotel he volunteered some additional information. “You heard about the fires, right?” He was talking about the Skirball fires that had been raging across Ventura County and into Bel Air. “Well,” he continued, “all the hotel employees are wearing gas masks.”

Wait, gas masks, I thought trying not to panic. I may have to skip this highly anticipated event. Thankfully, once I arrived to the location I saw that he’d misspoke. The staffers at the Fairmont Miramar were wearing surgical masks! A gas mask implies far more danger than the latter. As far as I could see the only fire in my area was being caused by the smoking hot 2018 Mitsubishi Eclipse Cross parked out front. 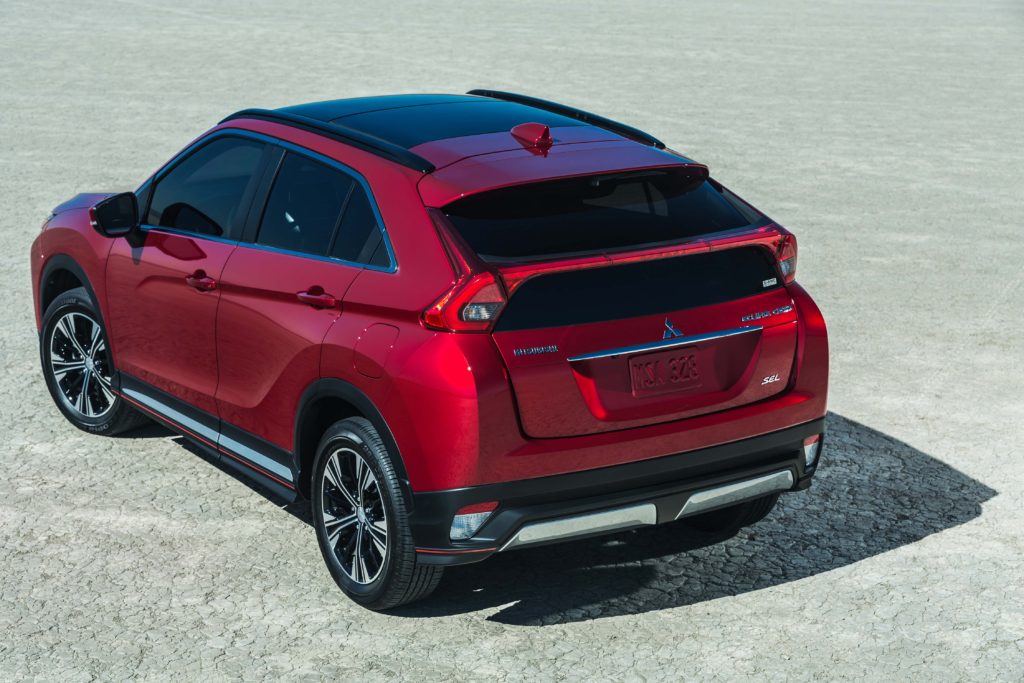 If the Eclipse moniker sounds familiar, then it should because that was the name of Mitsubishi’s iconic sports coupe that ruled the roads from approximately 1989 to 2013. The original Eclipse was a hit, generating sales of up to 70,000 annually and inspiring a new generation of buyers to take a deeper look at the brand. Now, the Japanese manufacturer is set to turn heads again with their newest and sporty crossover dubbed the Eclipse Cross.

Since its inception the Eclipse Cross has been making positive waves. With one of the most innovative vehicles launches in recent history Mitsubishi introduced the world to the Eclipse Cross during an actual solar eclipse. Yep, I’m referring to the “Great American Eclipse” that caught the world’s attention since it was the first total solar eclipse visible across the contiguous United States since 1918. An occurrence so rare it won’t happen again for another 99 years. Ingenious! 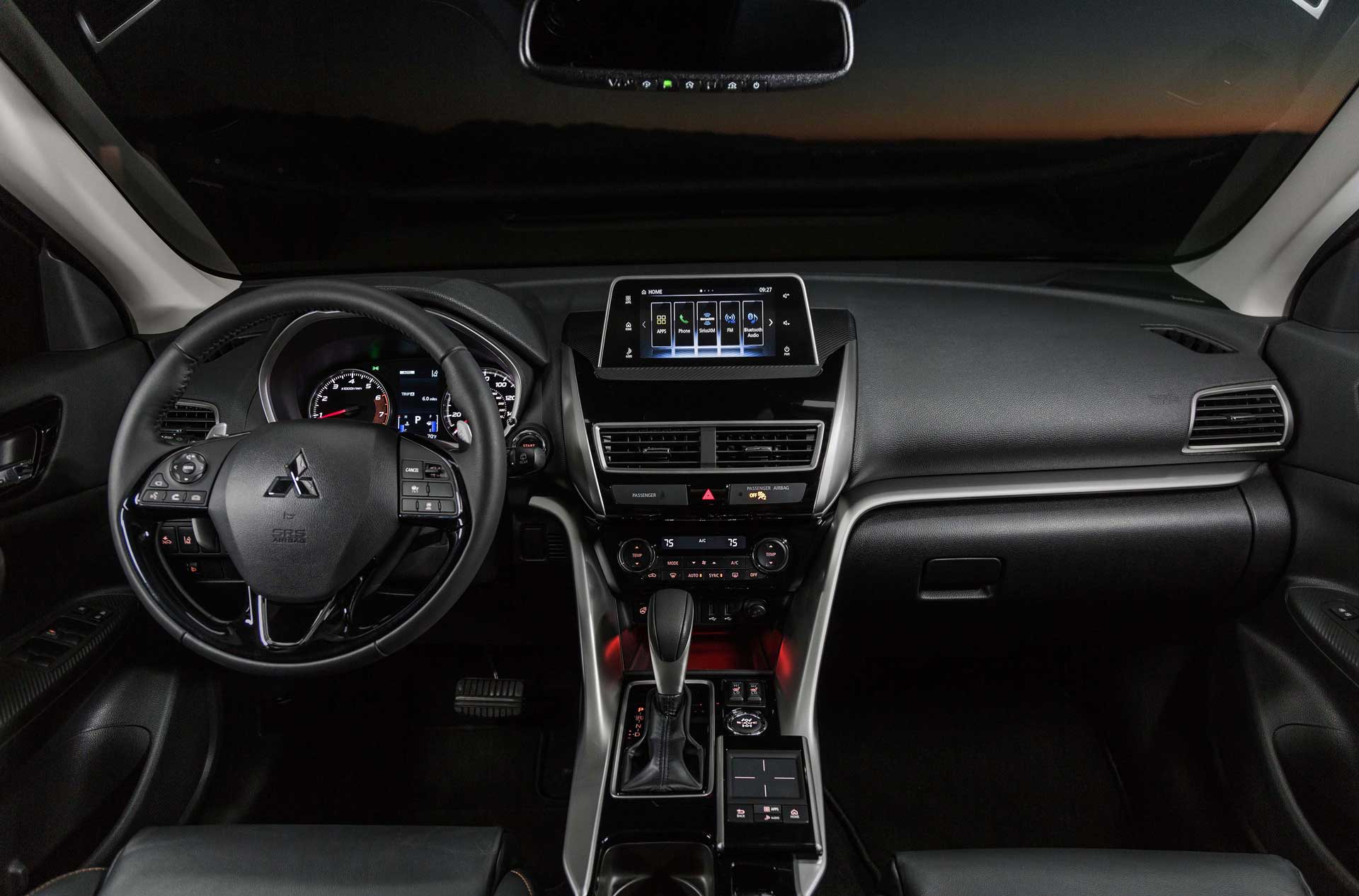 Francine Harsini, Senior Director of Marketing for Mitsubishi, saw a rare chance of target marketing when she heard about the eclipse. “It was a once in a lifetime opportunity,” she said when asked about the branding prospect. Indeed it was. Mitsubishi was able to set up a live stream of the Eclipse Cross parked on a farm located in the solar eclipse’s path of totality. This brilliant presentation set the automotive world ablaze with buzz even though the vehicle itself doesn’t drop until March 2018.

It makes sense for Mitsubishi to bet so heavy on this new vehicle. The CUV (Crossover Utility Vehicle) market is up 123% over the past four years. And Outlander, the Eclipse Cross’ big brother, is enjoying increased sales of 250% which makes it Mitsubishi’s top-selling model. Part of this spike can potentially be attributed to the the new Renault-Nissan alliance with Mitsubishi. Established in late 2016, the relationship essentially renders Renault-Nissan-Mitsubishi number one in global sales volume. On a more granular level, the Eclipse Cross is putting the “legacy reborn” tagline to good use. The ride has a sleek, stimulating design and almost performance-level driving. 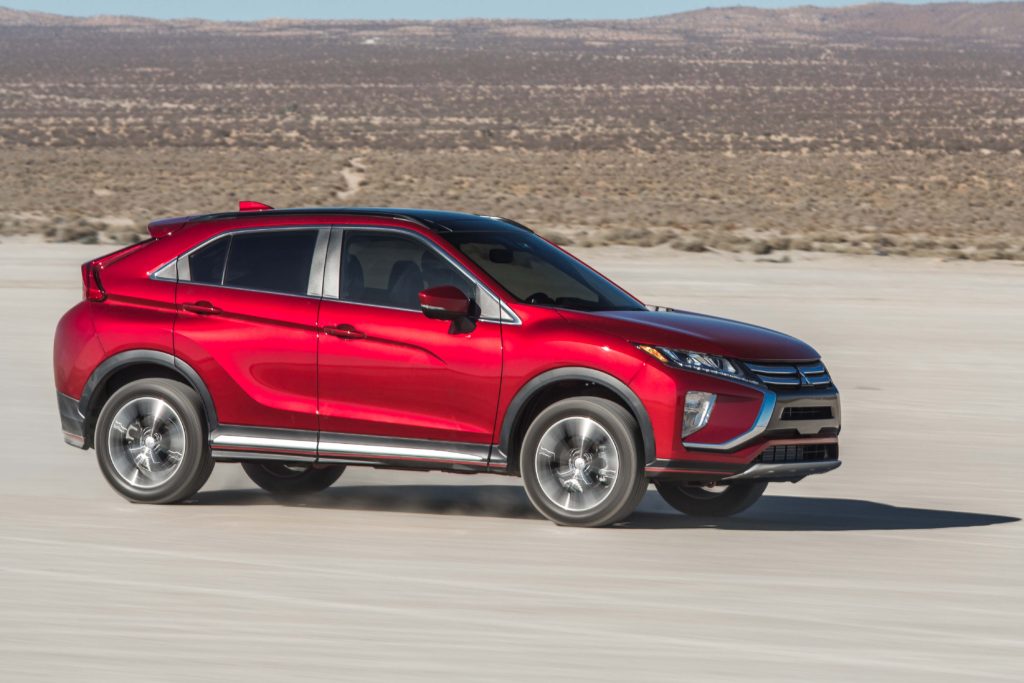 Originally based on the XR PHEV Concept, the modern Eclipse Cross offers Super All-Wheel Control with different drive modes for snow and gravel and is powered by 1.7-liter direct-injection turbo that has more torque than the engine in the Outlander. Another highlight I enjoyed was the touchpad located between the two front seats. This definitely reminds me of the Lexus system and raises the question of how much technological cross-pollination will occur now that the Renault-Nissan-Mitsubishi alliance is in full effect. In addition, the Eclipse Cross features heated and adjustable rear seats with nine reclining positions and Heads-up Display, an amenity often reserved for premium vehicles. Not only does the display open or close with the touch of a button, it also supplies pertinent information such as vehicle speed, cruise control, and blind spot notifications positioned at the driver’s eye level. 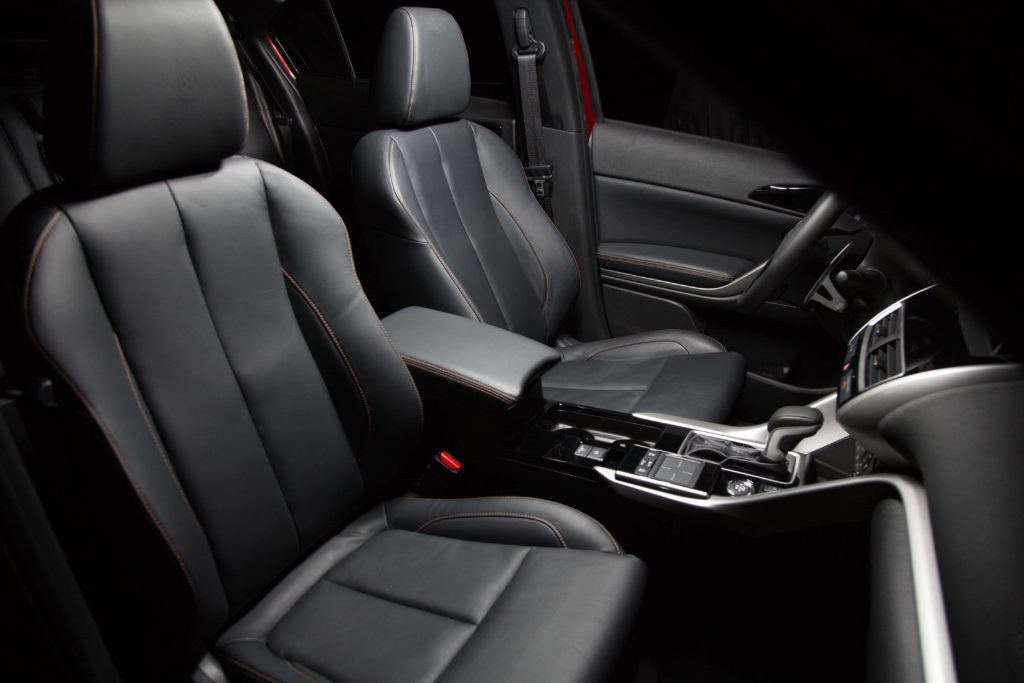 Perhaps the most notable nicety of the Eclipse Cross is the free two-year subscription owners receive to Mitsubishi Connect, a cloud system that allows the user to unlock their car, activate the horn, remote start, or set the cabin temperature by using Amazon Echo or Google Home. Of course we can all agree on how convenient and innovative this is.

The Mitsubishi Eclipse Cross will be offered in four unique trim levels from the base ES  to the up-level SEL which includes every option available. Pricing starts at $23,300 so get them while they’re hot!