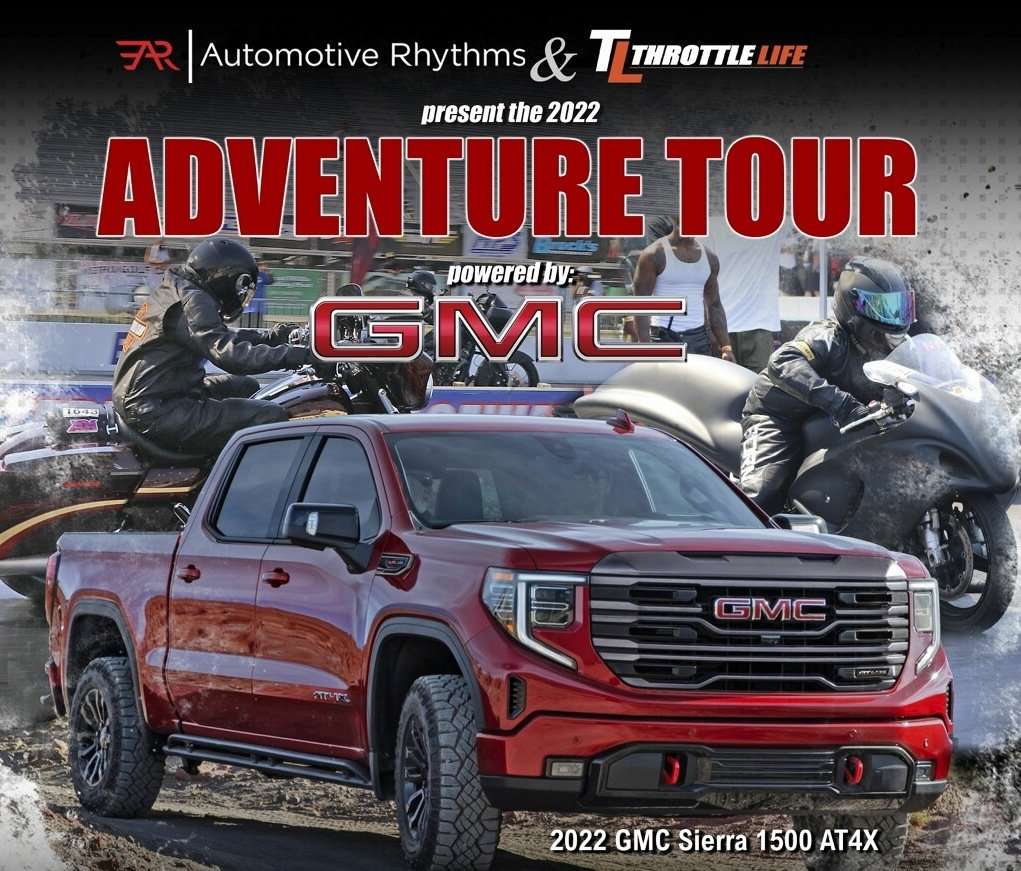 This three-stop tour seamlessly introduced the 2022 GMC Sierra 1500 AT4X into the diverse motorcycle community consisting of a variety of riders. It featured bikers rolling out on bobbers and café racers, ground pounders putting in miles on baggers/touring and adventure bikes, riders that measure time in fractions of a second on the drag strip, as well as the two-wheel acrobatic skills of the stunt world.

The first tour stop with our Cayenne Red Sierra 1500 AT4X aka Big Red was the WPGC Bike Fest in Budds Creek, MD at Maryland International Raceway. Here is where towing capacity of 13,000 pounds reigned supreme, which made for an ideal environment to introduce the truck’s 420-horsepower and 460 lb.-ft. of torque produced from the 6.2-liter Ecotec V8 mated to a 10-speed automatic transmission. 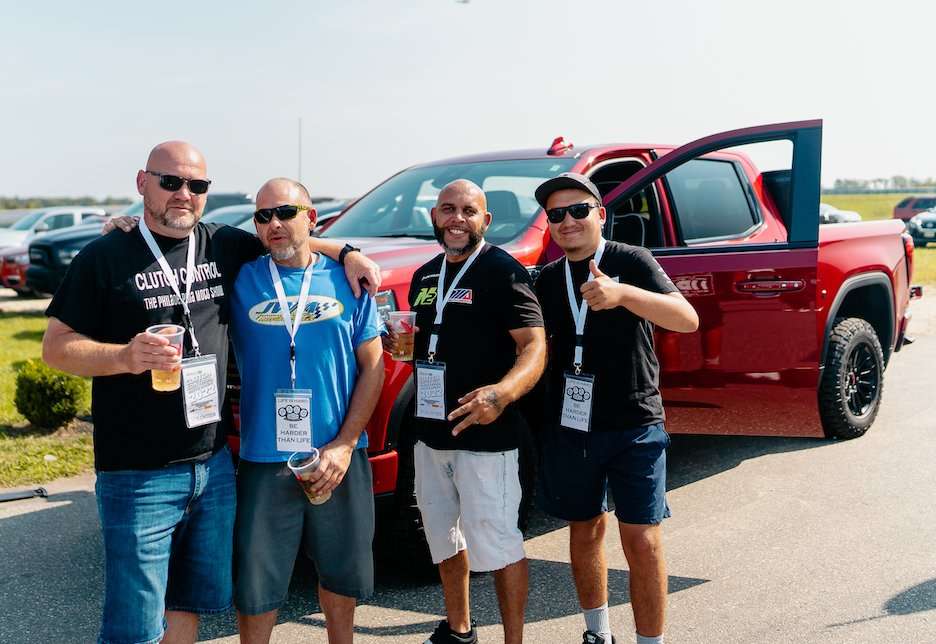 To showcase the utility and space of the 63.9 cu-ft pickup bed, we partnered with drag race veteran Ronnie Reece and friends at Heyser Cycles in Laurel, MD to transport a 1000cc sport bike. Track temperatures reached a scorching 140+ degrees as more than 700 racers competed throughout the event. Equally as hot, was Big Red’s attention-grabbing presence with its brawny 2” lift from the spectators as well as World Drag Race Champion and Caffeine & Octane host Rickey Gadson, drag racer, race car driver, and brand influencer Dystany Spurlock, James McRae, creator of the Slingshot SSTakeOver movement, and Team Money Cycles’ founder Rickie Will, creator of the thunderous Sound Off Series. And of course we can’t forget the enthusiastic response from the WPGC radio team. 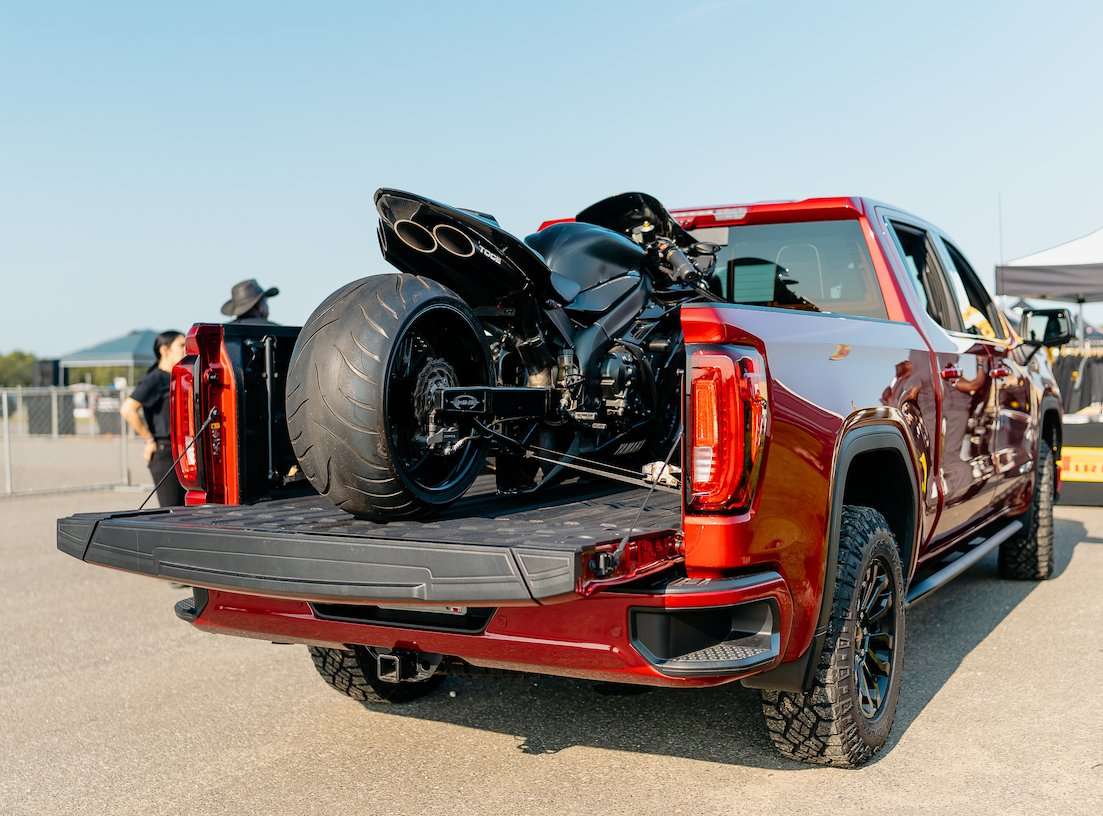 Next up was Bikes and Breakfast in Poolesville, MD for a gathering of two-wheel enthusiasts as they rolled in on an eclectic mix of motorcycles consisting of vintage, sportbikes, adventure, tourers, baggers, bobbers and electric bikes from Zero Motorcycles. For this event, our sporty Harley-Davidson Forty-Eight was right at home in this scene with more than ample room in the pick-up bed. Our friends at Bob’s BMW couldn’t get enough of the 16-way powered front massaging seats and Angelette Aviles, digital publisher of “If These Wheels Could Talk” and the health and fitness team of Body Goals Fit Collective led by fitness coach and “Moto Mamma” Rue Hemmings were awe-struck with the sporty-luxury of the Obsidian Rush interior with white piping, red stitching, and the incredibly spacious cabin. 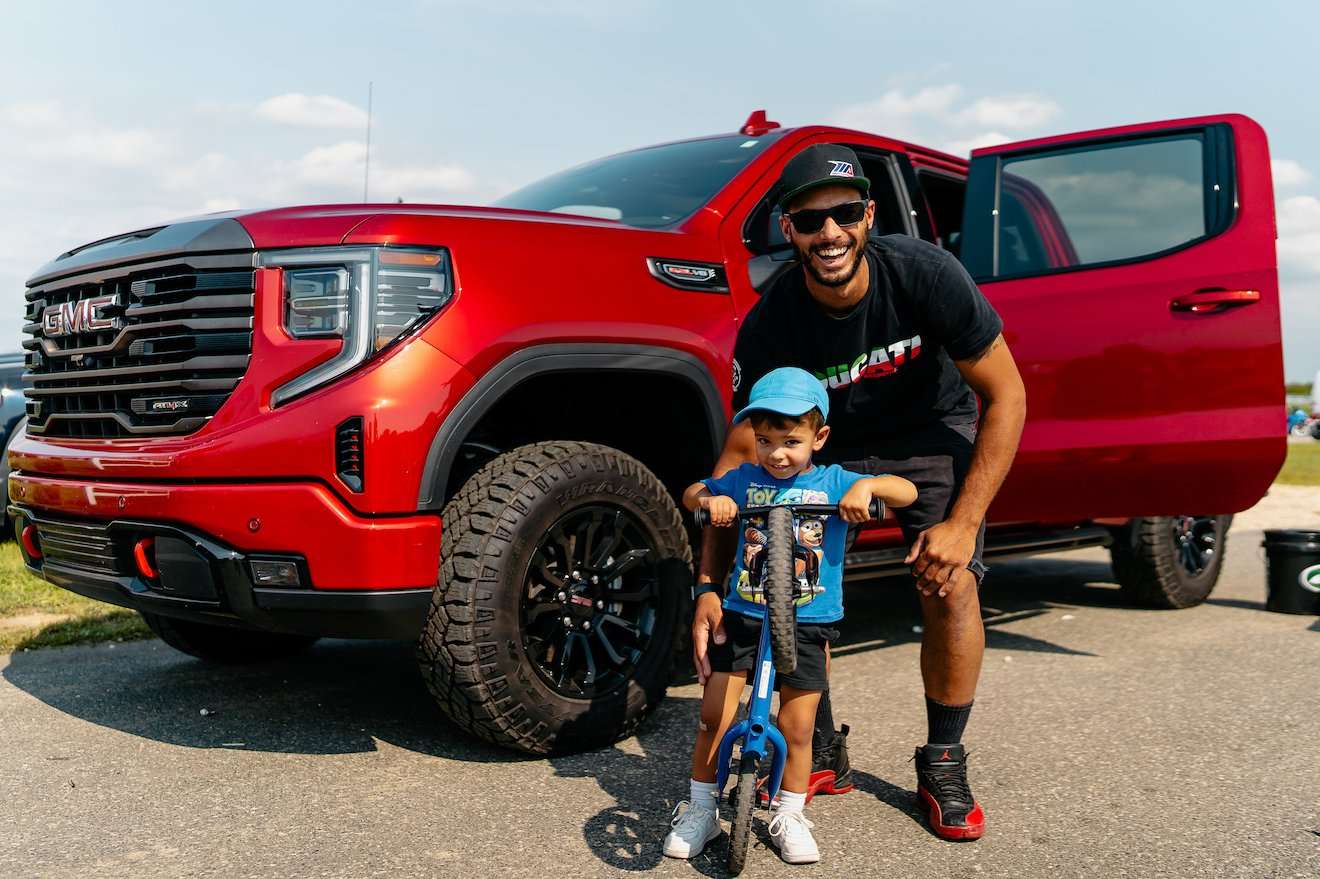 We wrapped up our 2022 Adventure Tour in at New Jersey Motorsports Park for the return of the Clutch Control Moto Show. This motorcycle lifestyle show consisted of demo rides from Triumph motorcycles with its full line-up, music and food, activities for the kids, stunts by one of the industry’s sportbike trailblazers Jason Britton’s Team No Limit, along with industry icons Ernie Vigil and Nick Apex performing fast-paced, action-packed synchronized tricks within a ring, reminiscent of an old school rap-battle cypher. And of course, there were custom bikes. 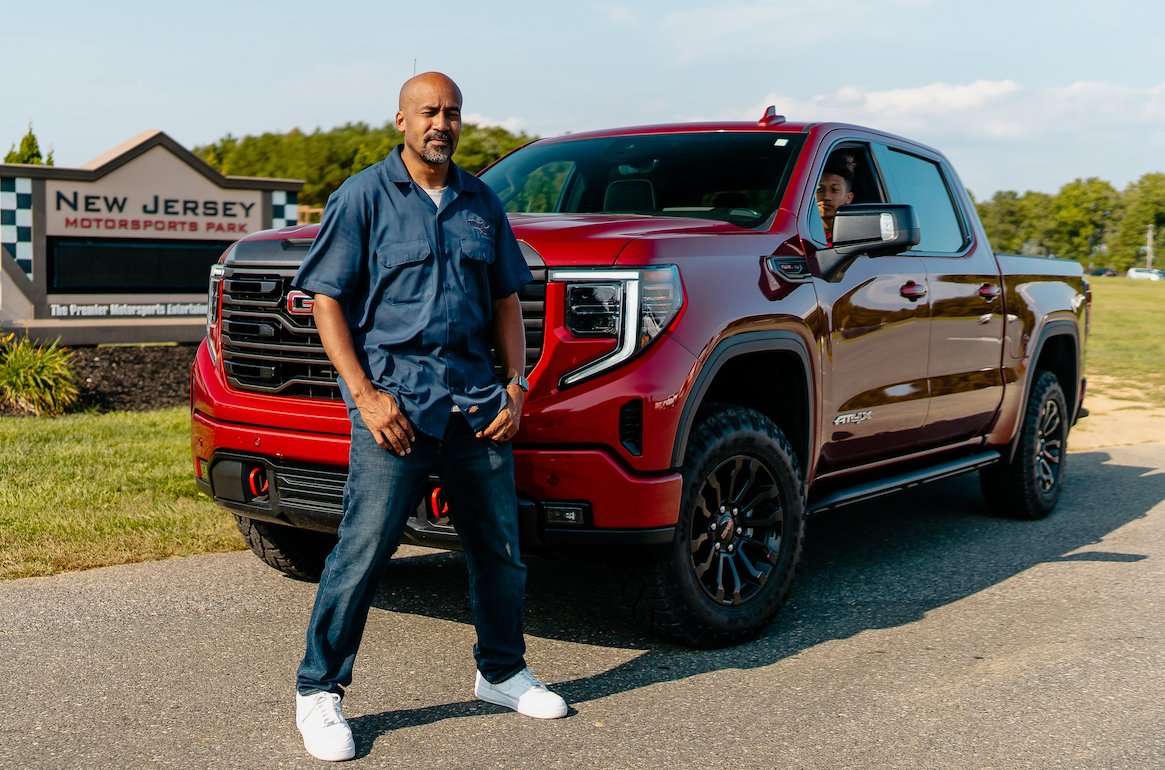 Given this sportbike scene with custom motorcycles, it was only fitting to bring out our custom 300m fat-tire Yamaha R1 with an extended swing arm which integrated flawlessly in the pick-up bed. This community and lifestyle culture event curated by Allan Lane aka Mr. Black Moses allowed us to organically introduce Big Red to motorcycle clubs throughout the New York, New Jersey, and Philly bike sets, to custom builders such as Blown Budget Baggers, stunters, and social media personalities like The Kila Cam. 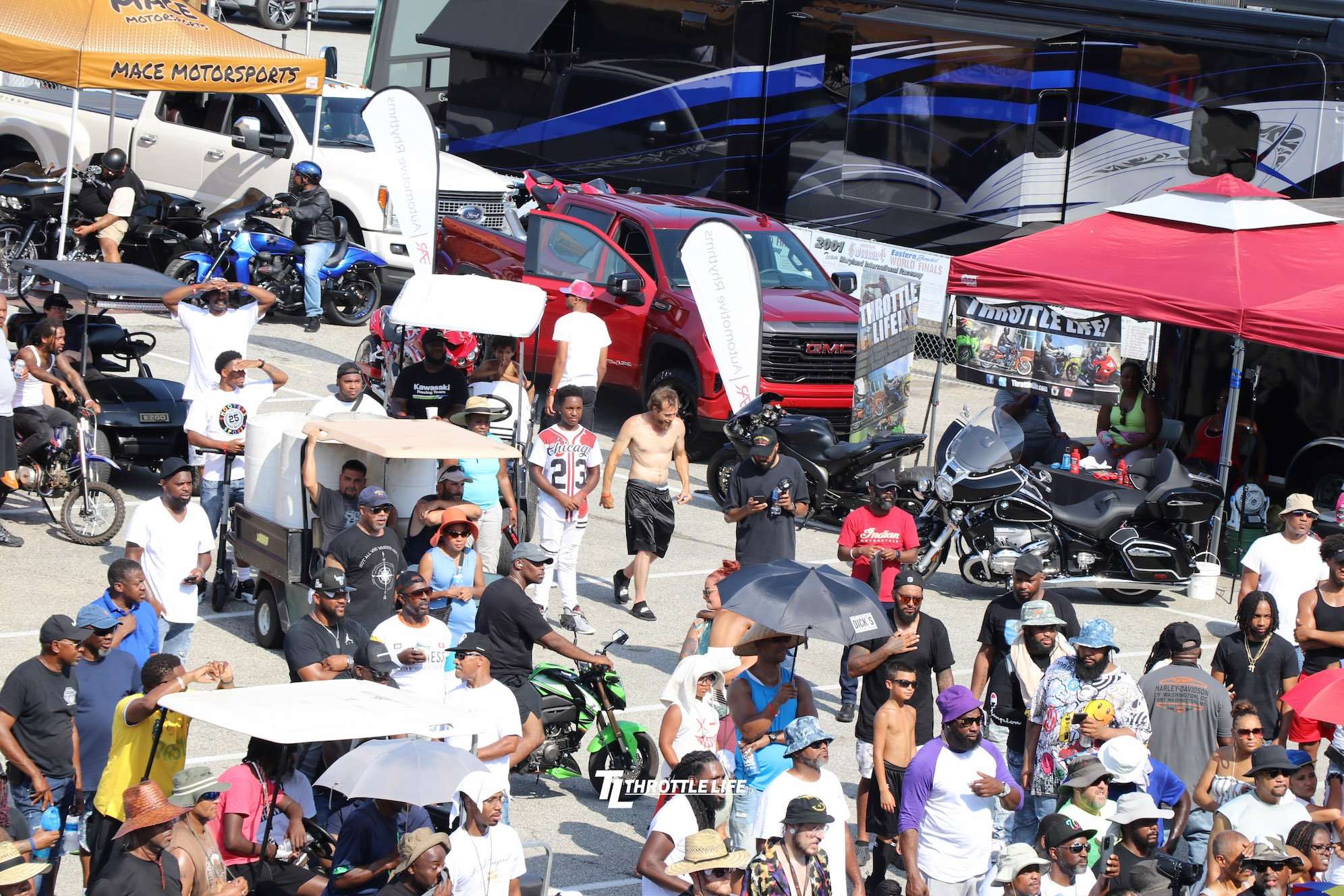 The level of engagement and excitement meet by the 2022 GMC Sierra 1500 AT4X was spectacular and would not have been possible without the continued support of the community. Stay tuned as we set our sights on 2023! 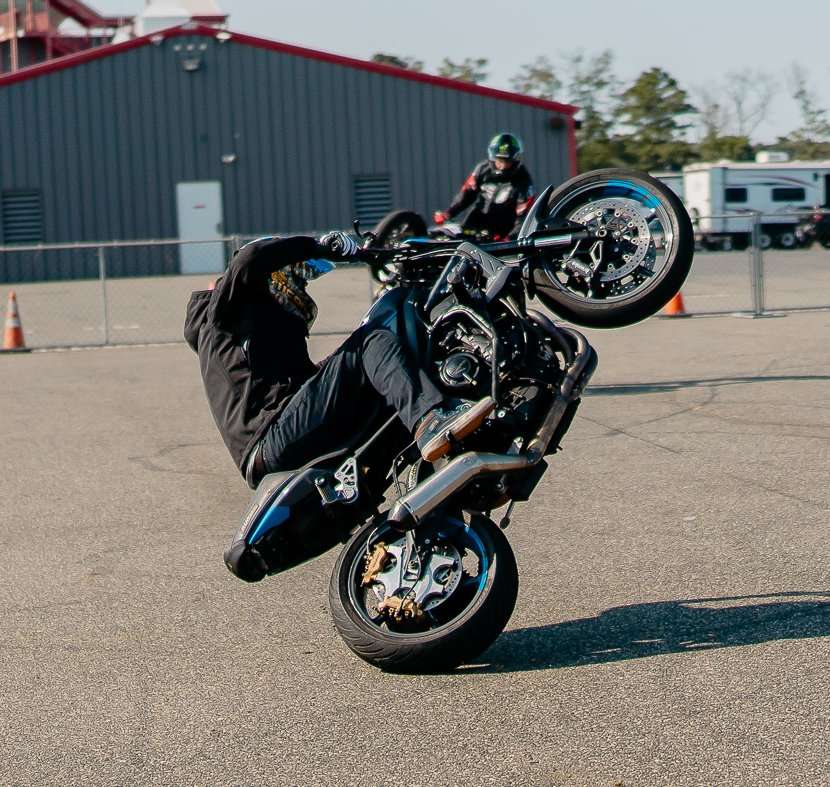 Viva Viclas: The Art of the LowRider Motorcycle