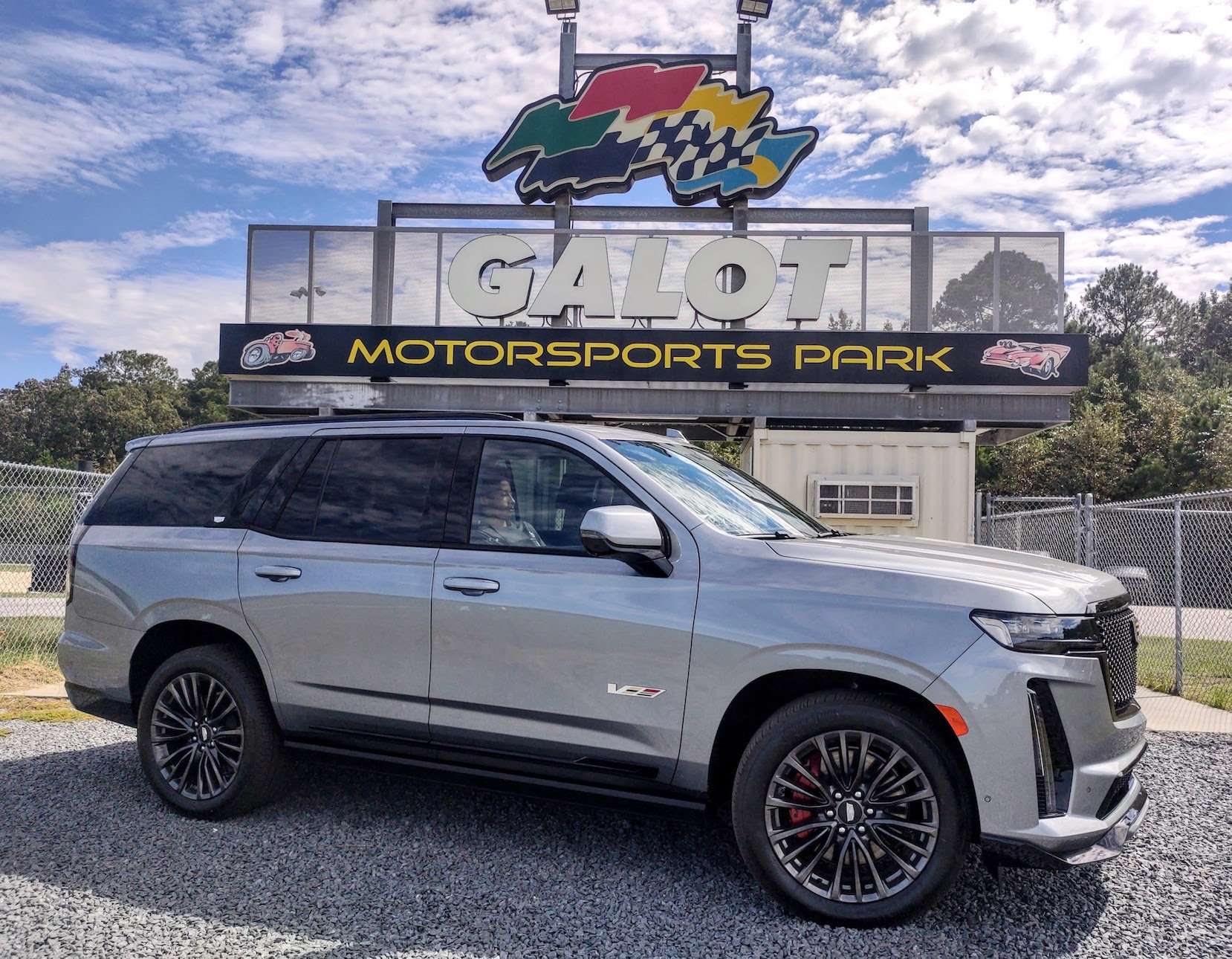 As an avid automotive and power sports enthusiast, I am over the moon with the performance of the now legendary 2023 Cadillac Escalade V-Series. Yes, I’m very familiar with Escalade’s proven track record and trend-setting luxury that has created notable street credibility for the brand’s high-profile clientele, but this model far exceeded my expectations.

Aside from the signature “V-Series” badging and subtle exterior cues such as the pompous front splitter, 22” aluminum wheels, 6-piston Brembo calipers in Edge Red, and quad exhaust tips, the Cadillac Escalade V’s appearance is unassuming, at least by the automaker’s standards. So we were pleasantly blown away by the race-inspired ignition switch that released the aggressive growl of the supercharged 6.2-liter V8 engine rated at 682-horsepower and 653 lb-ft of torque. But, of course, instantly, you become aware that this is not your typical Escalade. And with an MSRP of $148,195, the V-Series Escalade is anything but ordinary. 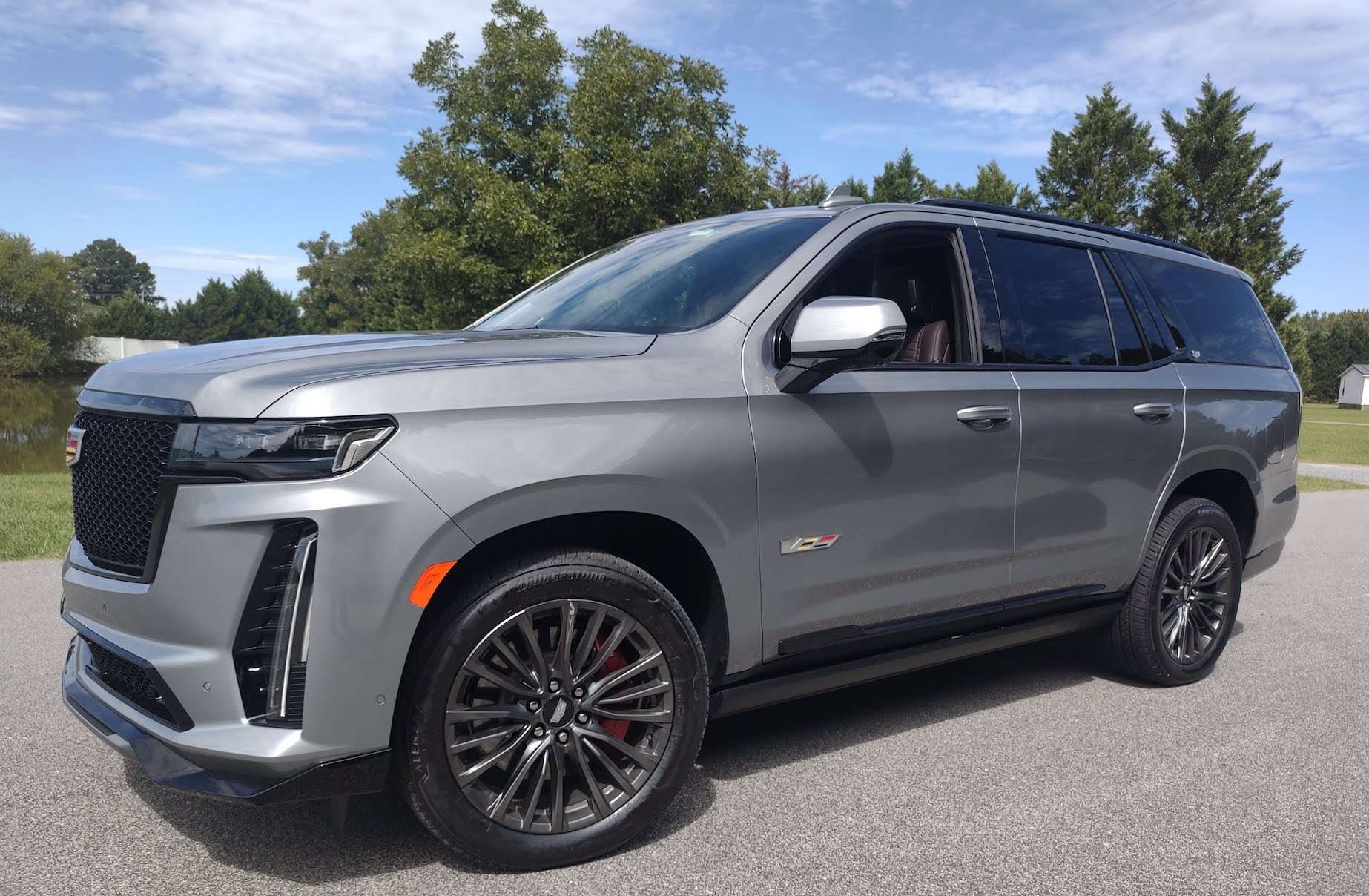 Inside, VIP guests are treated to the luxurious amenities expected in an Escalade. Opulence and technology include a 16.9″ OLED infotainment center with voice recognition, dual rear seat entertainment, crossed-stitched leather seating, multiple camera views, and the enhanced rear seat communications system allowing for easy conversation between front and third-row passengers. As well, let’s not forget the center console cooler to keep your thirst quenched on hot days at the track.

To truly appreciate what the performance-oriented 4WD SUV was capable of, I took it on a turn-and-burn 5-hour one-way road trip from the Nation’s Capital to the Gotham City Bike Fest at GALOT Motorsports Park in Dunn, NC. The powerful machine had some surprises, such as an average of 15.3 MPG and only one fuel stop on both sides of the journey. This was certainly not what I expected from a powerhouse V8 as I opened the throttle on a few occasions up and down the east coast’s infamous route 95. However, when the power plant wasn’t being tested, the V-beast was as tame as a kitten casually purring. 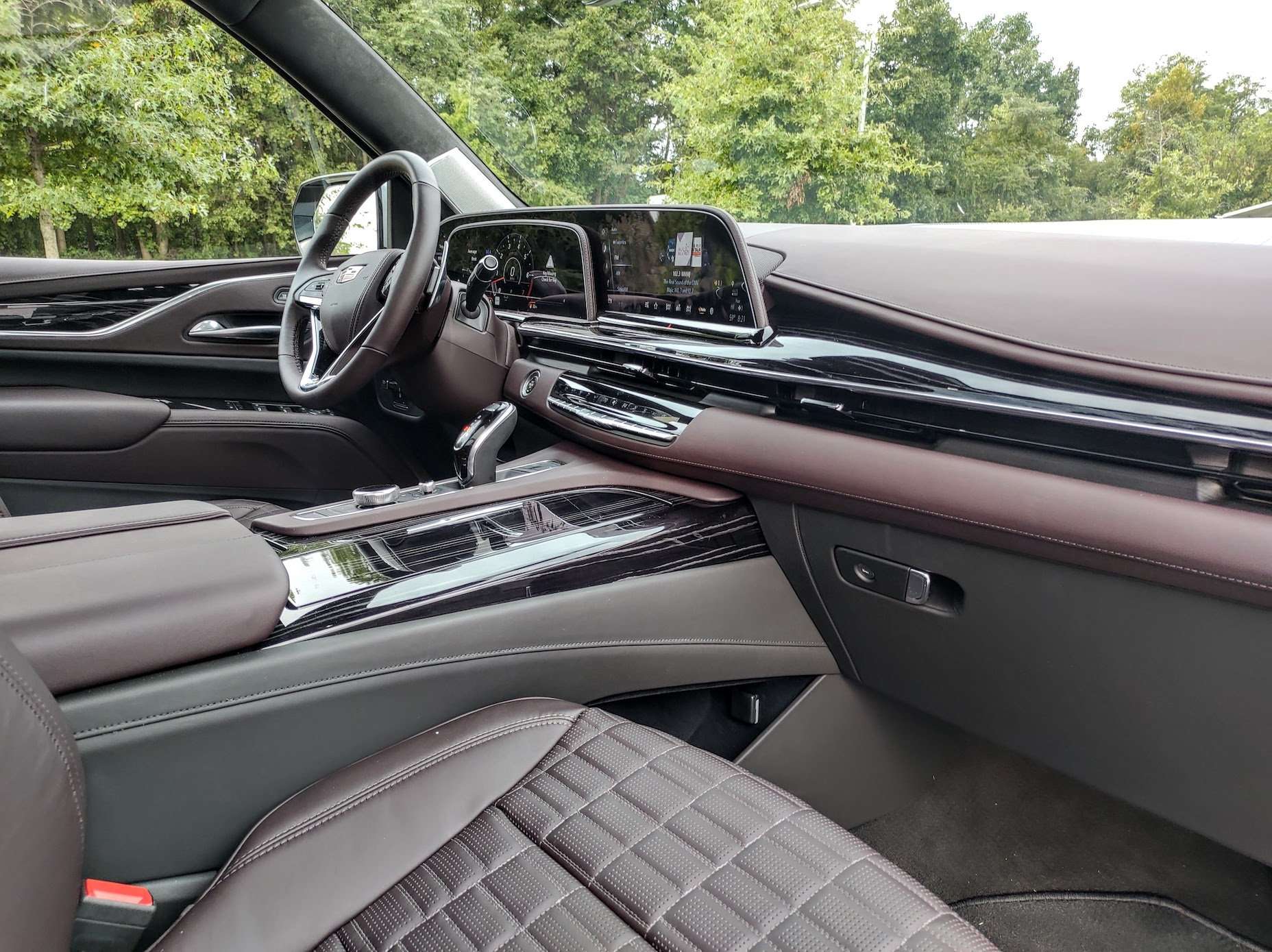 You might think that pulling up in a luxury SUV to a motorcycle event — where quickness and muscle rule — might not have had much of an impact. Unfortunately, you were sorely wrong if that was the guestimate. When rolling in, the V-Series was immediately recognized with the draw and appeal of an A-list celebrity. Invitations of making passes down the drag strip from track officials were offered multiple times while attendees stopped by the Automotive Rhythms / Throttle Life display for selfies, to witness the truck’s opulence firsthand, and of course, to hear that magnificent roar upon revs. We resisted the temptation for track runs but welcomed the attendees to sit inside to receive a taste of the lavish interior while soothed by the massaging seats. We also received multiple purchase requests for our American chariot. But, hey, I needed a ride back home and Cadillac had to complete its media loan schedule.

For those demanding a full-size SUV and the power of Chevy race cars while simultaneously being pampered by extravagance, this vehicle checks all boxes and more. Enjoy! 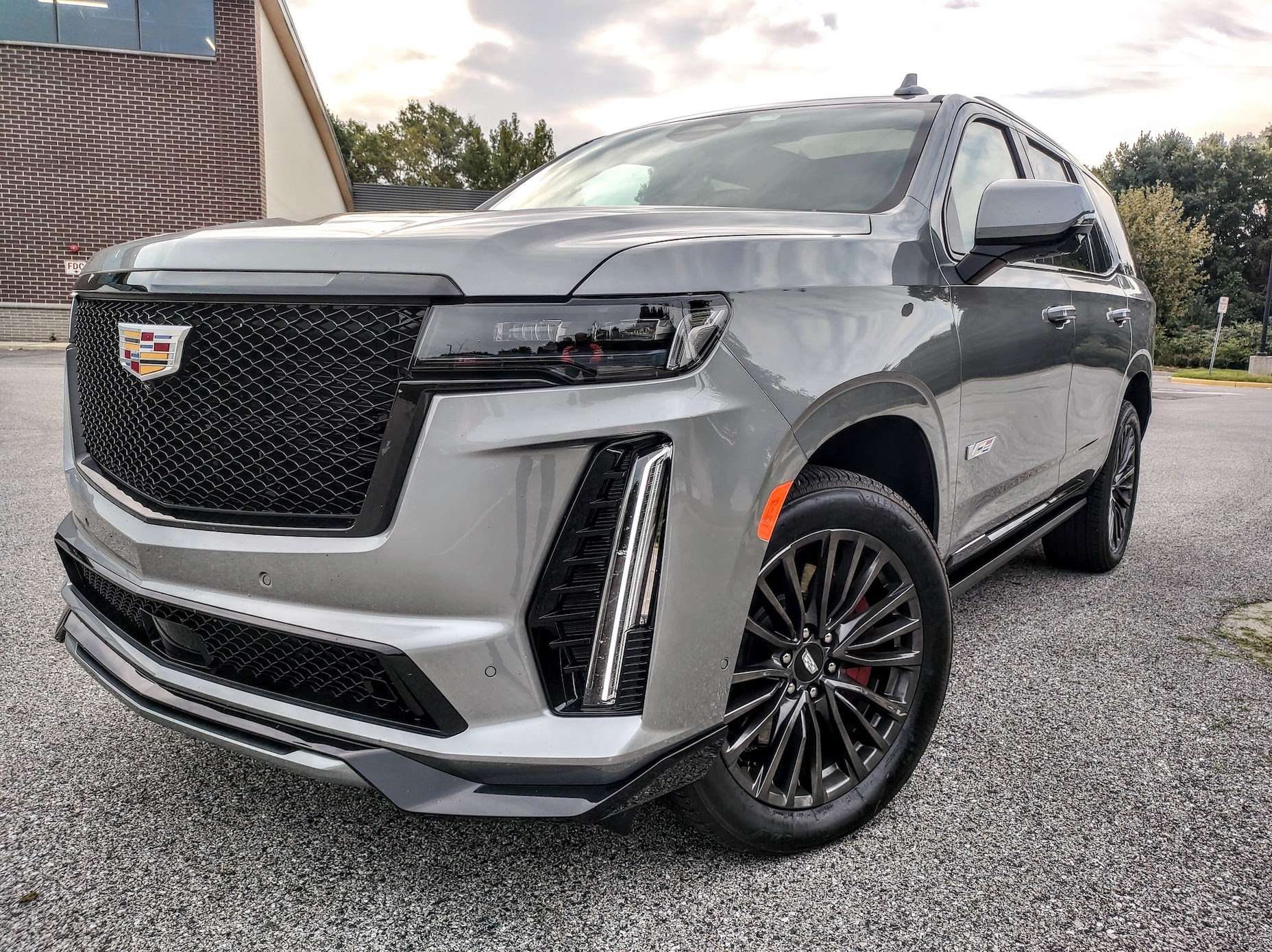