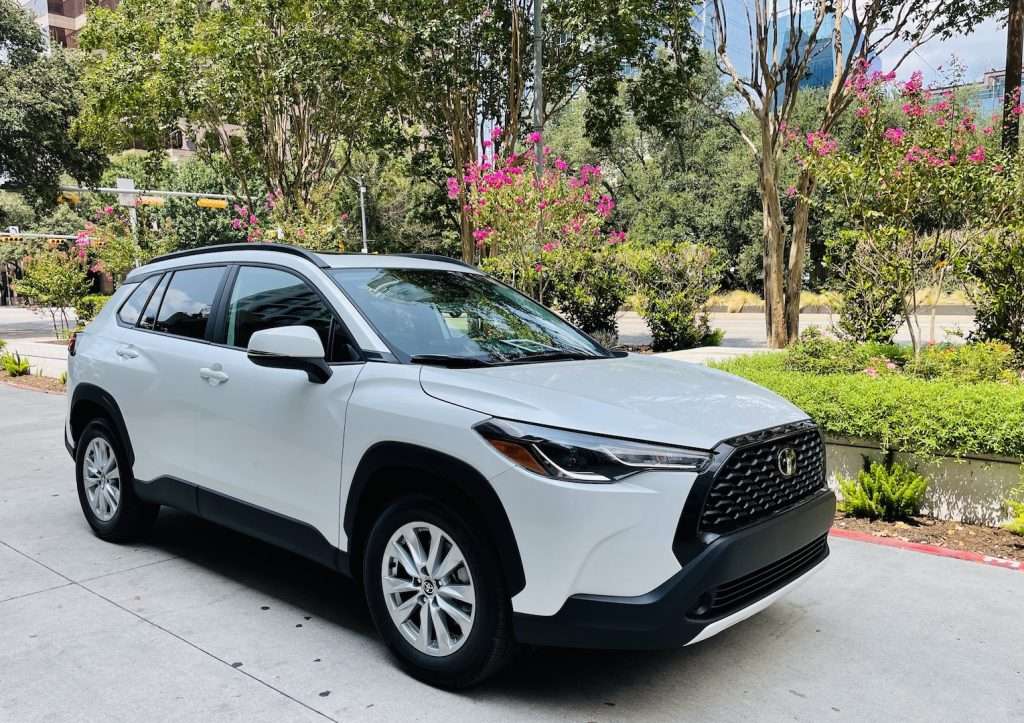 It’s a phenomenal position to be in for an automaker during a pandemic crisis. Toyota just sold its 50 millionth Corolla worldwide since the value vehicle first debuted. With the Japanese automaker expanding the family lineup, now is the perfect time to launch the all-new 2022 Corolla Cross compact 5-passenger SUV, which won’t have a problem on the sales market once arriving at American dealerships in October. The refreshing utility gives owners the benefits of small crossover maneuverability and the functionality of larger SUVs. 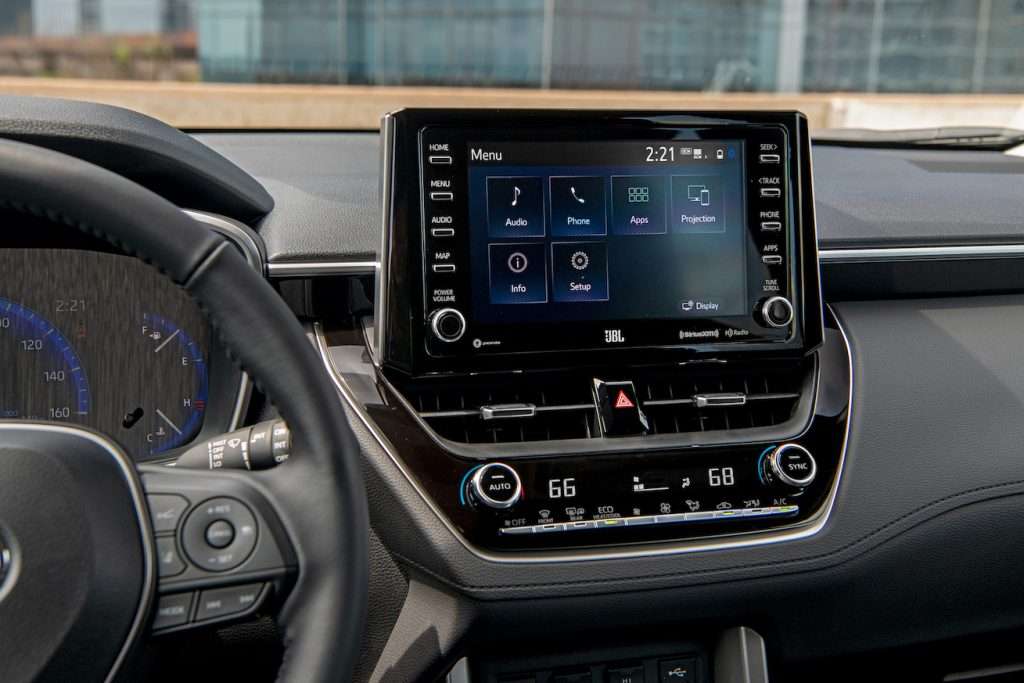 We headed to Austin, TX to jump behind the wheel of the Corolla Cross, which is competing with 20 others already enjoying customer appreciation in this field. The brand will go after young and diverse customers who are tech-savvy and enjoy rides that accentuate their personas. The SUV is designed with a welcoming look, strong fender flares, black body molding, a sporty grille, various rim patterns, and inspiration from the Corolla sedan for interior styling.  Depending on the model of choice, your Corolla Cross can include an 8” touchscreen display (LE and XLE), Qi-wireless charging, a Smart Key, SofTex-trimmed seats in Macadamia/Mocha or Black, LED DRLs, three USB ports, dual-zone climate control, and 10-way power seats. Sounds comfortable and engaging, right? 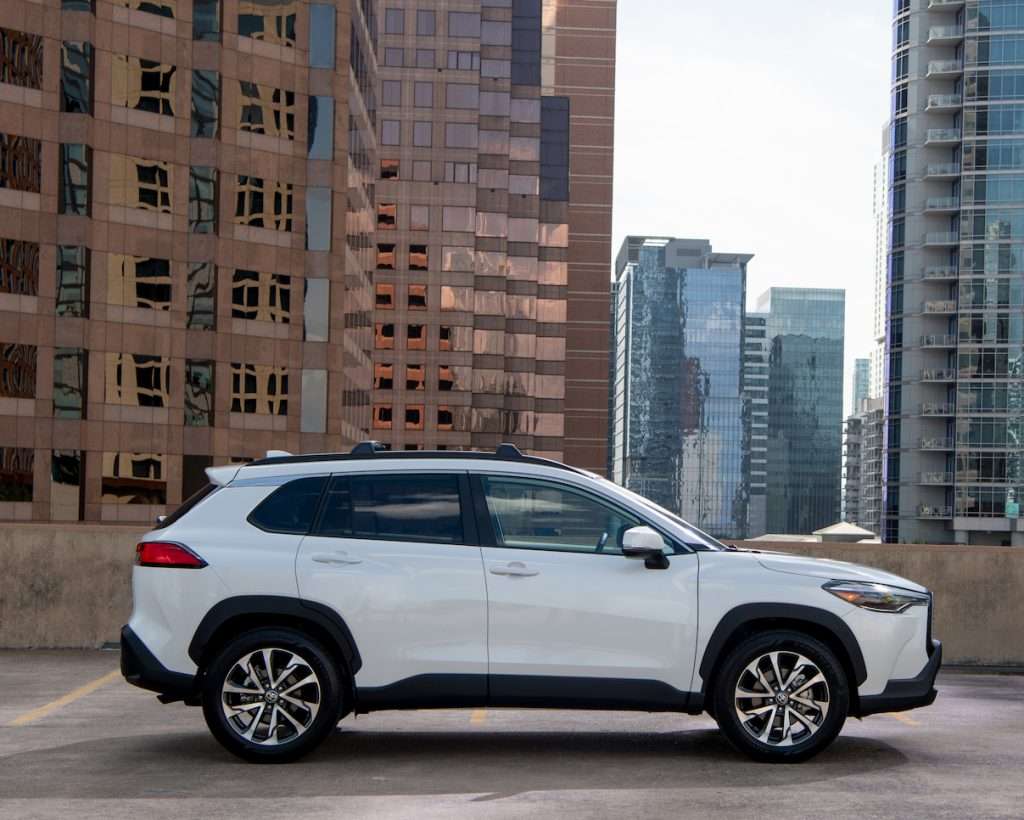 “For over 50 years, Corolla has been synonymous with dependability, fuel efficiency, safety, and value,” said Lisa Matarazzo, group vice president of Toyota Marketing. “With the all-new Corolla Cross, we are building upon that foundation and offering even more versatility and creature comforts to make everything from a daily commute to a weekend escape more memorable.”

Slated between the Toyota CH-4 and RAV4 in terms of size, this vehicle is perfect for collegiate students, recent grades, or young families just starting out financially in the world. The Corolla Cross is simple to park, maneuverable through urban cities and towns, and features enough content to satisfy today’s connected consumers. Grades to select from are the top-of-the-line XLE, the volume LE, and the base L, which seemed bare to the bones such as its 17″ steel rims with old school wheel covers. I began my evaluations in a Wind Chill Pearl XLE that came with the optional packages, including the $615 adaptive front-lighting system with auto-leveling, Audio Plus with a 9-speaker JBL audio system for $1,465, and the $1,250 moonroof and power rear liftgate combo. The LE’s optional moonroof is $940. Additionally, the Corolla Cross offers customers a choice of seven colors like Cypress and Blue Crush Metallic. 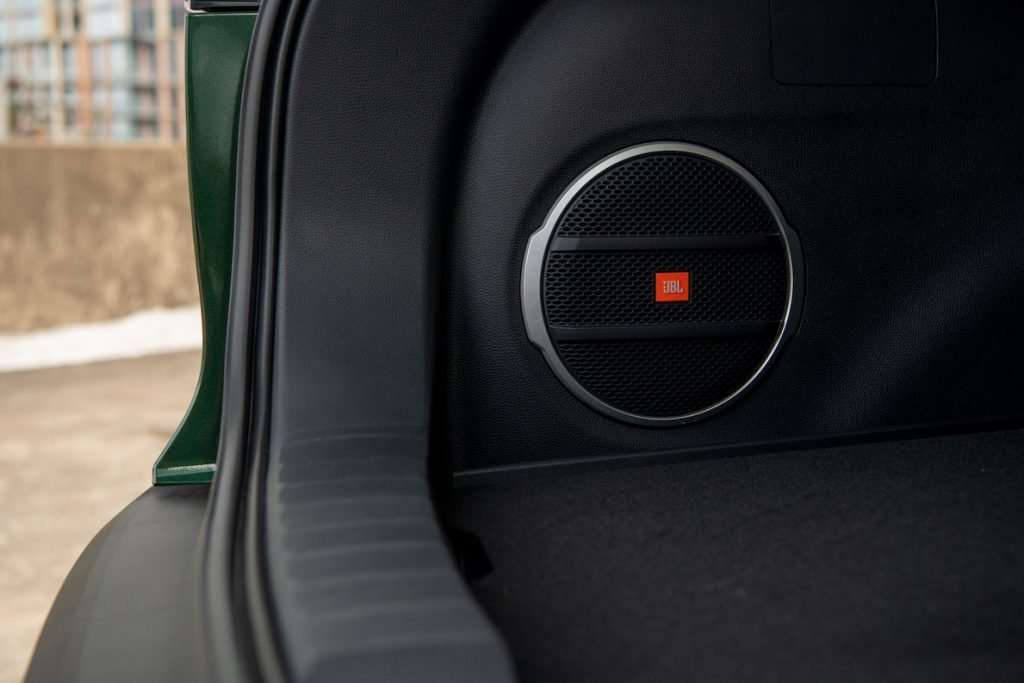 Of course, you knew any vehicle connected to the original Corolla would be fuel-efficient so expect 32 combined MPG for the FWD Corolla Cross and an estimated 30 combined MPG for the Corolla Cross AWD. Speaking of which, this AWD system incorporates Toyota’s Dynamic Torque Control system that can shift up to 50% of power to the rear axle and disengage when that specific torque is not required. A 2.0-liter 4-cylinder Dynamic Force engine pairs with a Direct Shift CVT for 169-horsepower, 1,500-lb towing capacity, and just over 8″ of ground clearance. However, we struggled during hard acceleration, so I would like to see more power injected into the Corolla Cross. Nine airbags, Toyota Safety Sense 2.0, and the STAR Safety System come standard on all models for safety.

Built at the new Mazda Toyota Manufacturing plant in Huntsville, Alabama (4,000 job creations), the automaker can pump out 150,000 Corolla Cross units annually. The starting MSRP for a FWD Corolla Cross L is $22,195 and an extra $1,300 to upgrade to AWD. The volume Corolla Cross LE will start at $24,545, and the 18” alloy rimmed Corolla Cross XLE will kick off at $26,325, excluding the $1,215 delivery, processing, and handling fee. Enjoy the drive! 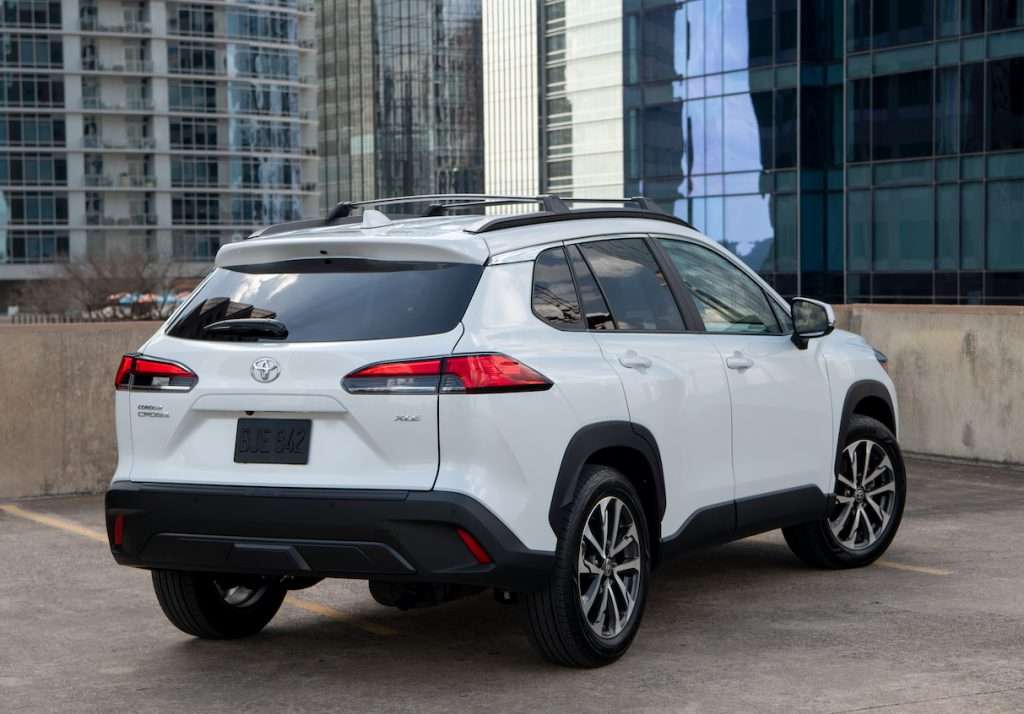