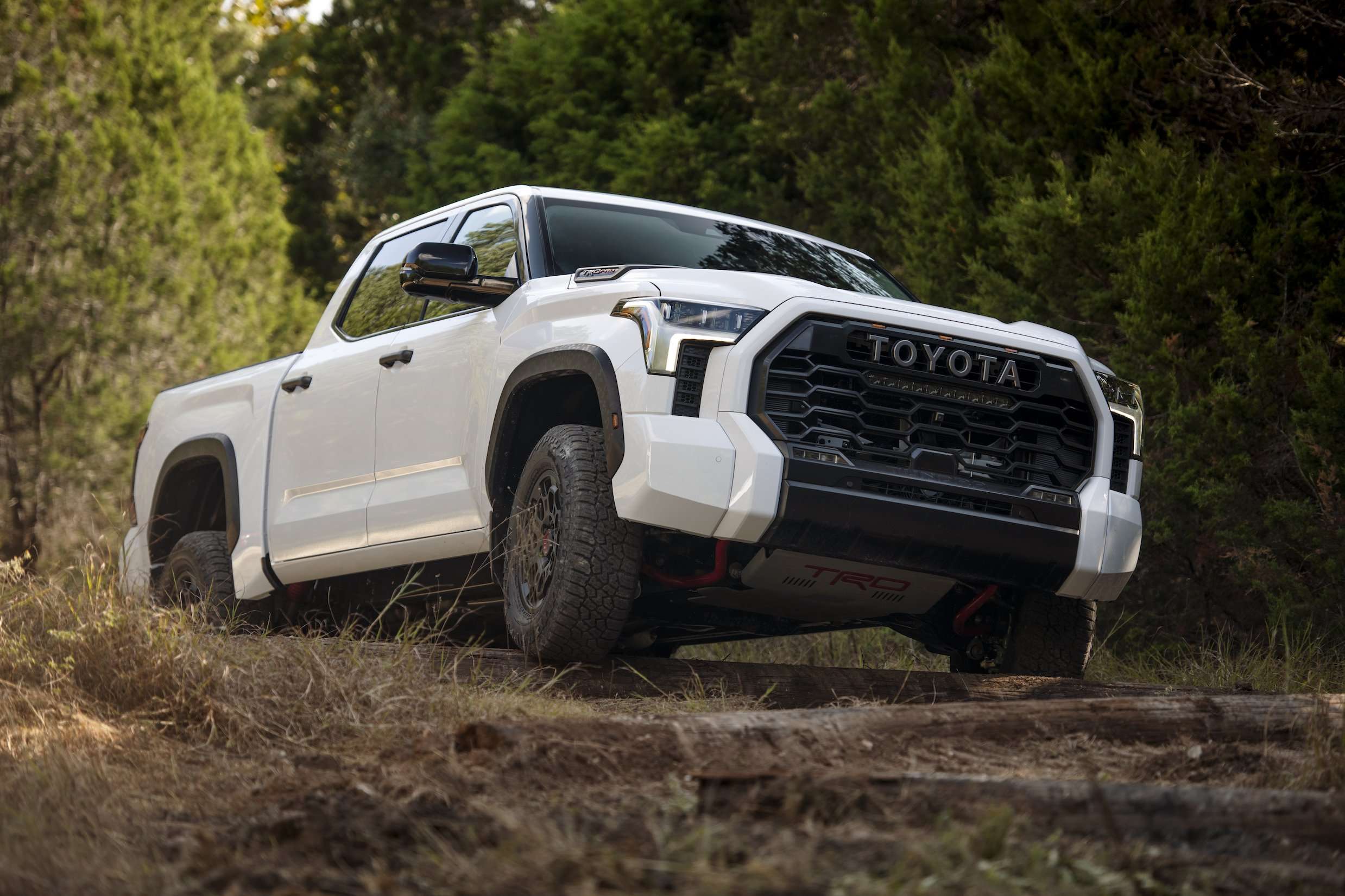 Trucks are big business representing high returns and stakes for the auto brands that build them. Yes, Ford, GM, and RAM have been making pickups for what seems like forever, so when the Japanese builders (Toyota and Nissan) entered the contest, hardcore enthusiasts and traditionalists were a bit skeptical. But Tundra did manage to chisel into that mountain of customers and create a loyal following. I’m not sure what happened to Nissan’s Titan, but there has been no buzz there.

In its third generation, Toyota has finally re-engineered the Tundra full-size pickup with competitive features that we have come to expect symptomatically from the Americans. But is it enough to garner even more market share from the Big 3? 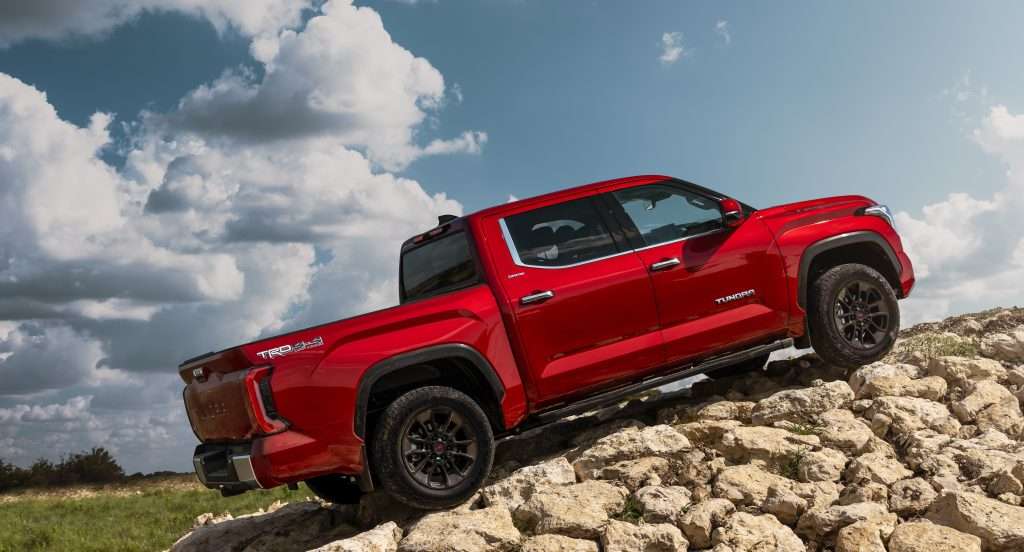 I’m a fan of everything that pickups are capable of, from hauling appliances to loading up a yard of mulch. Last year I spent six months with a 2020 Tundra TRD Pro and highly enjoyed its 5.7-liter V8 power, polarizing looks, and overall quality. But it felt ancient with a 6-speed transmission, dated interior, and devoid of anything technologically awakening. I figured a new model had to be on the way but Toyota executives remained coy. Ah ha, today at an offsite location near Toyota’s Plano, TX headquarters I experienced the all-new, high-flying, patiently-awaited, finally-unleashed 2022 Toyota Tundra (in my South American fútbol announcer voice)!

“Our design goal from the beginning was to create the most powerful, rugged and sophisticated looking full-size pickup that will take Tundra to a whole new level,” said Kevin Hunter, President of Calty Design Research. “Because recreation and an outdoor lifestyle are at the core of Toyota truck identity, we set out to create a muscular, chiseled and athletic design that also looks like it could handle the toughest towing demands.” The interior was meant to retain that “Technical Muscle” motif. 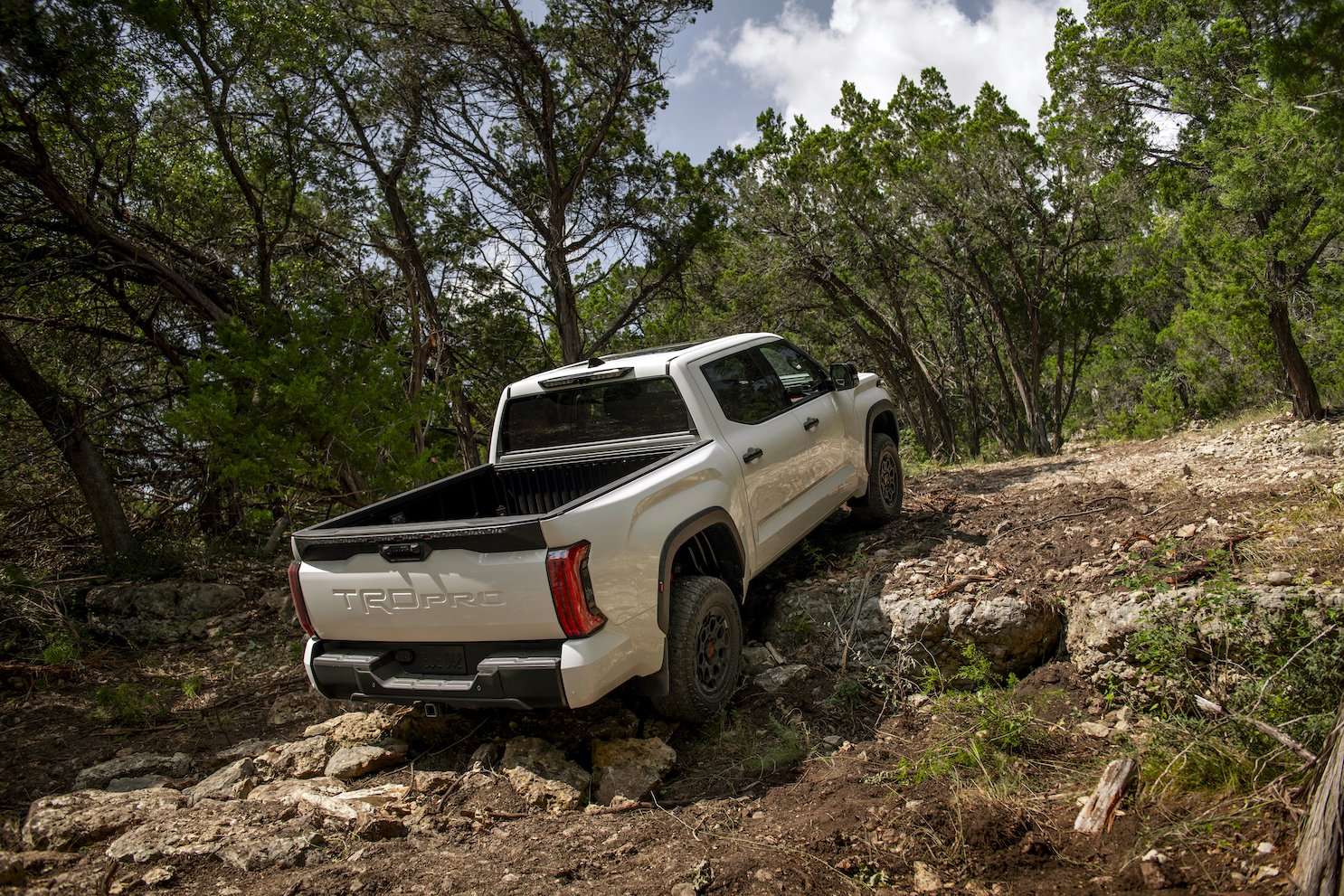 Selections include the Tundra Limited, Tundra TRD Pro, Tundra Platinum, Tundra SR5, Tundra SR, and the Tundra 1794, which was the opening year of the ranch that the Tundra plant sits on in San Antonio. My trim of choice is the TRD Pro which is tough as nails with enthusiastic off-road prowess that allows you and the crew to venture into the wild whenever requested. Since the beginning, the TRD Pro has been enthusiastic, hardcore, and unapologetic. It’s slated for nomadic owners who choose adventure first, whether traversing through muddy tracks to the campsite or rolling through woods to mountain bike for a natural high. 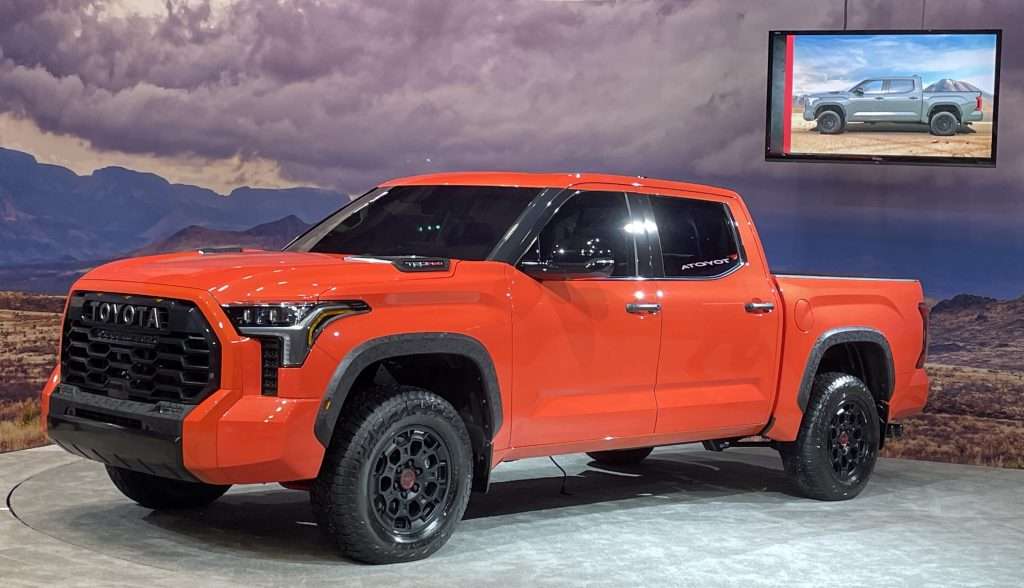 Power emanates from either a twin-turbo V6 engine generating 389-horsepower and 479 lb.-ft. of torque or Toyota’s powerful i-FORCE MAX hybrid twin-turbo V6 delivering 437-horsepower at 5,200 rpm and 583 lb.-ft. of torque at 2,400 rpm. Both pair with a new 10-speed electronically controlled automatic transmission with intelligence (ECTi) that finally replaces the prior archaic and sluggish 6-speed A/T. The 10-speed features uphill/downhill shift logic, TOW/HAUL driving modes, and sequential shift mode. The i-FORCE MAX will be standard on TRD Pro but arrives later. However, keep in mind that the hybrid powertrain impedes the rear under-seat storage since the battery occupies that space. 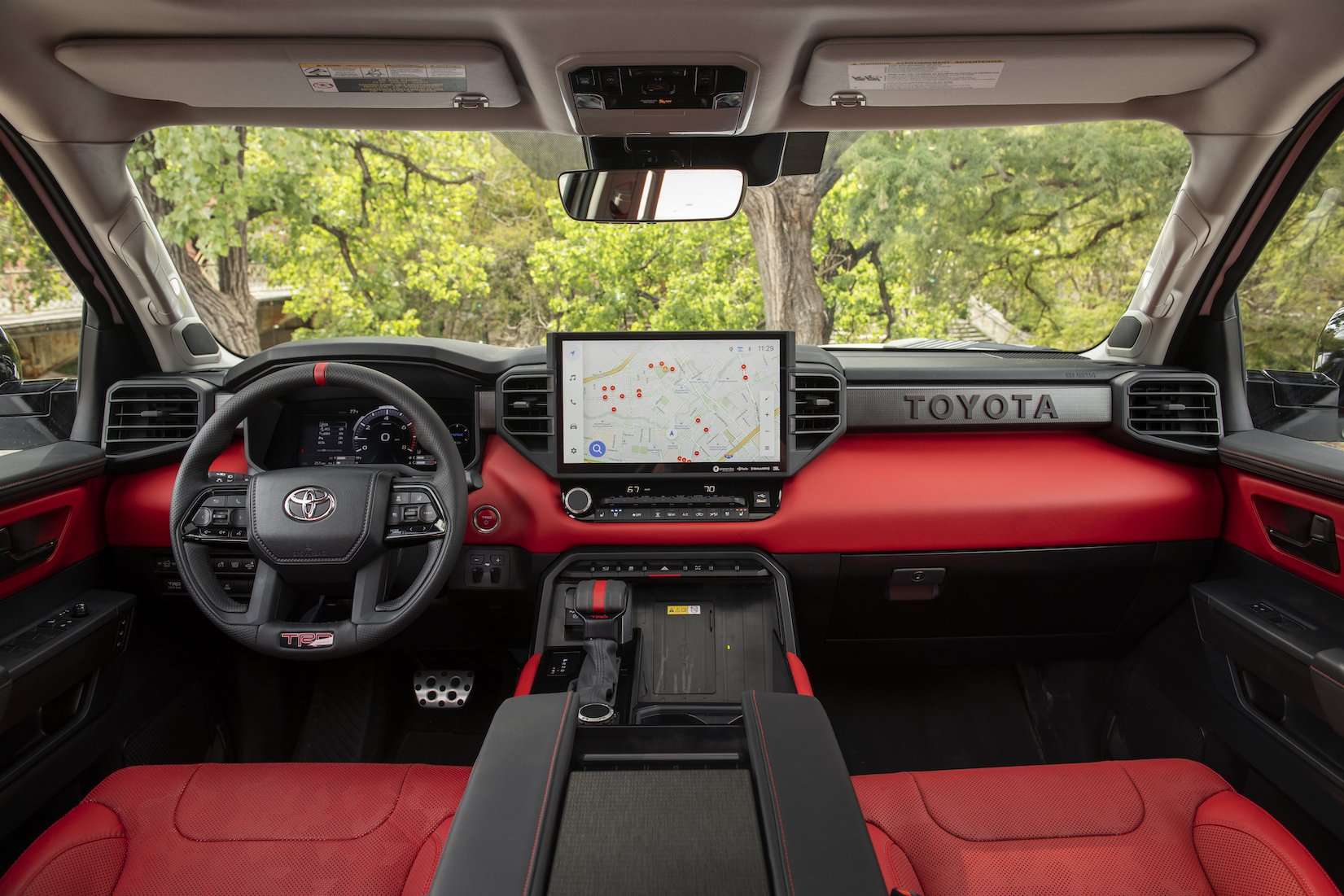 The Tundra will be the first Toyota to introduce its proprietary Audio Multimedia System built in-house by their Texas-based Connected Technologies team. I was able to explore it for a good 30 minutes and was highly impressed by the Human Machine Interface’s voice commands, available 14” horizontal touchscreen, Wi-Fi connectivity for ten devices, and processing power that is five times greater than the prior generation. My only gripe is that the large volume dial does not have a matching dial for channel seek.

Some color choices include Supersonic Red, Super White, Solar Octane, Blueprint, Lunar Rock, and Smoked Mesquite. However, Super White should be changed based on the climate of today’s current times.

During a test drive around the outskirts of San Antonio, TX, we were able to traverse the lands and experience a few different Tundra models and both powerplants. First and foremost, each 3.5-liter V6 is powerful whether it’s needed for acceleration or towing. Many in the Yota community were concerned that a smaller unit could not replace the revered 5.7-liter V8. Well, we beg to differ. The base i-FORCE moved the Tundra on the highway effortlessly as power shifted through the 10-speed fluidly. The old 6-speed made the Tundra feel too rough and raw. And if you like this package, then the i-FORCE MAX with its 288V Nickel-Metal Hydride battery is even more impressive. The downside is that it won’t be available until spring 2022 and takes up the rear under-seat storage. The 10-speed auto is also endowed with sequential shift mode, uphill/downhill shift logic, and TOW/HAUL driving modes. Then you have Drive Mode Select (DMS) to alter the Tundra’s characteristics into Eco, Normal, or Sport mode. 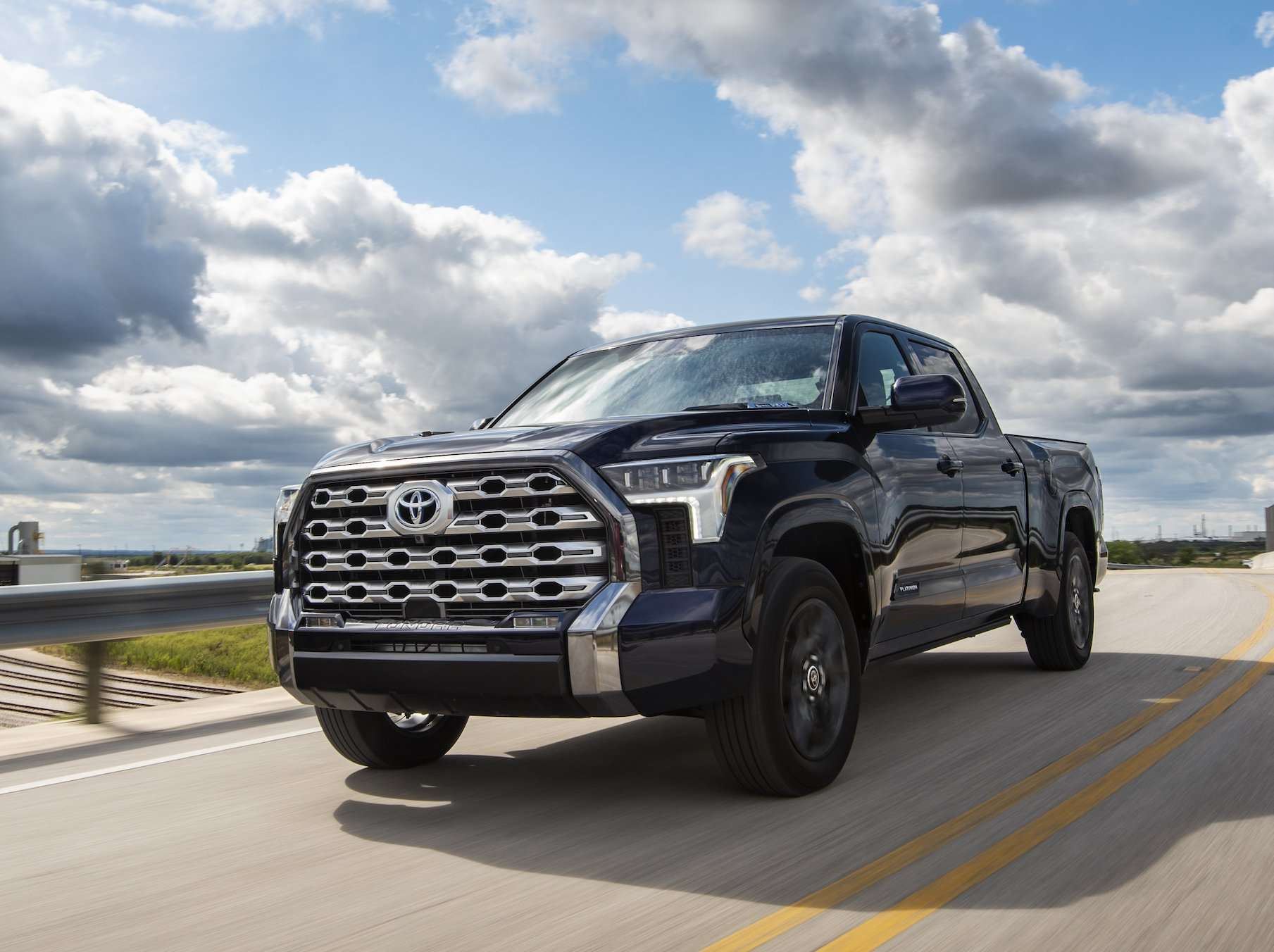 For off-roading, you can go with the actual Tundra TRD model or choose one of the other trims like a Limited and add the TRD Off-Road Package as an option. If so, you will go from 18s to 20” black alloy TRD rims while empowering your Limited Tundra with a TRD grille, TRD off-road suspension, skid plates, mudguards, and a TRD leather shift knob. Other benefits include Multi-Terrain Select (MTS), CRAWL CONTROL (CRAWL), Downhill Assist Control (DAC), and an electronically controlled locking rear differential. On the off-road course, we climbed up steep hills and rumbled over rocks with no issues. At one point we came to a dirt wall which Toyota expected us to 4×4 over; I looked around and saw no other recourse, so up I went in amazement. A Multi-Terrain Monitor, as the name implies, allows you to see what’s happing underneath the Tundra to potentially avoid sharp roots or stone that can damage the Falken tires.

I don’t personally tow with my pickups, but some of Tundra’s latest features make it an easier task. For example, the Trailer Backup Guide system with Straight Path Assist (SPA) allowed me to backup hands-free with an Airstream in tow. This system is pretty phenomenal as the truck slowly backed up on its own and in a straight line. In addition, expect a 7-/4-pin connector, of course, a tow hitch receiver, Trailer Brake Control (TBC), and Trailer Sway Control (TSC). 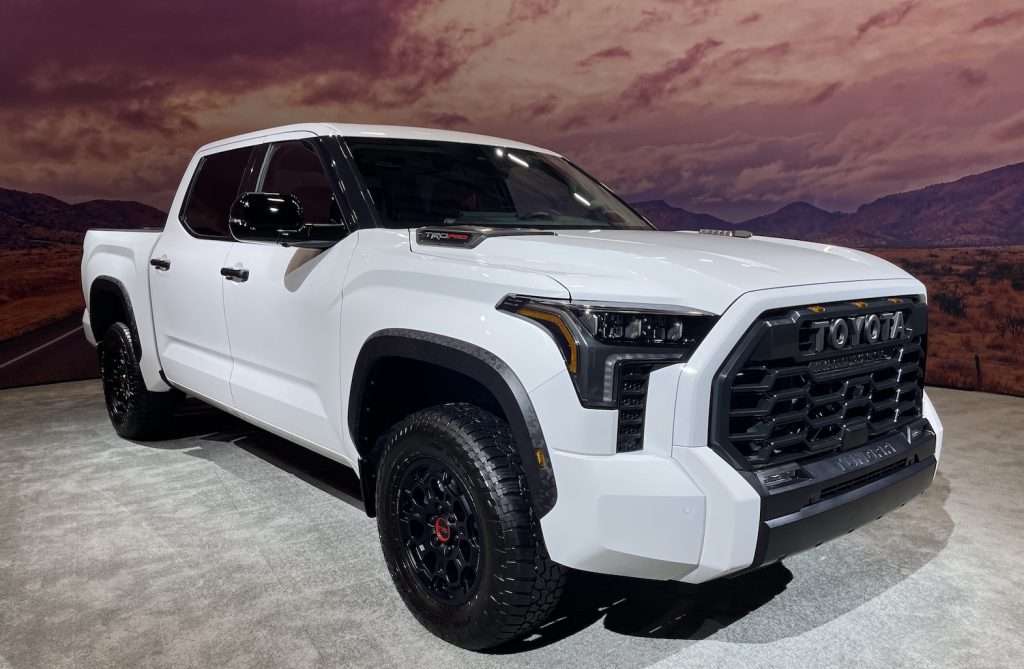 Engineered for outdoor recreational enthusiasts in mind, here is a list of either pros or cons to consider with the 2022 Tundra. 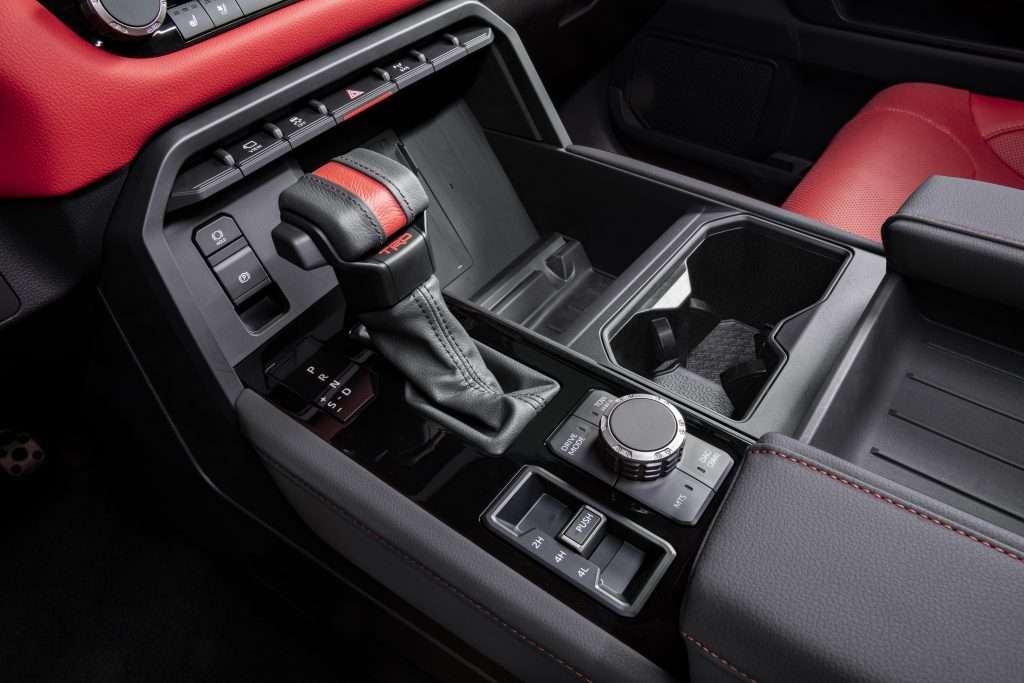 The 2022 Toyota Tundra will go on sale sometime in December with pricing announced closer to that date. Tundra also comes with ToyotaCare, a plan covering routine factory-scheduled maintenance and 24-hour roadside assistance for two years or 25,000 miles, whichever comes first. So are you ready to rumble yet? 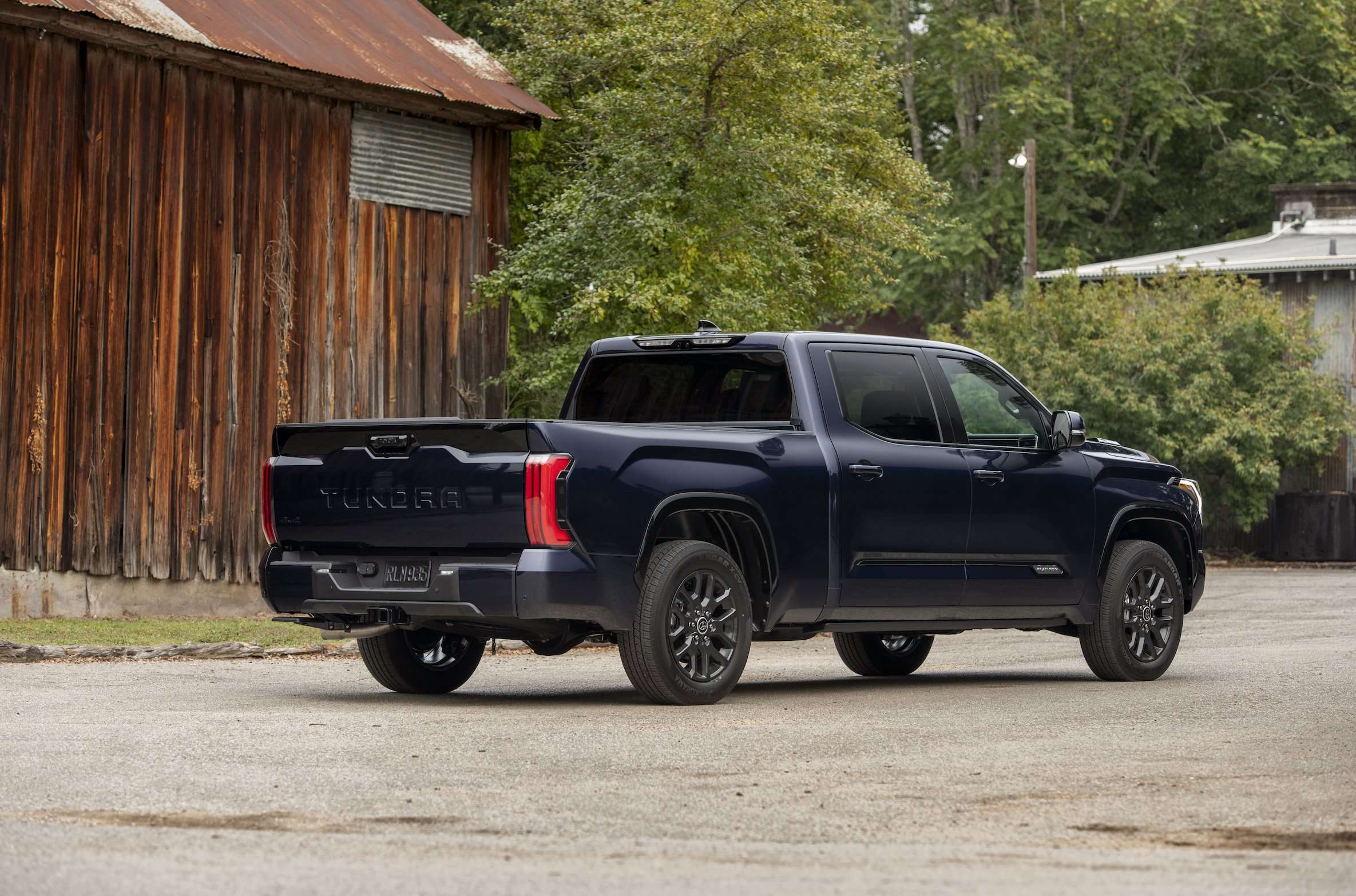