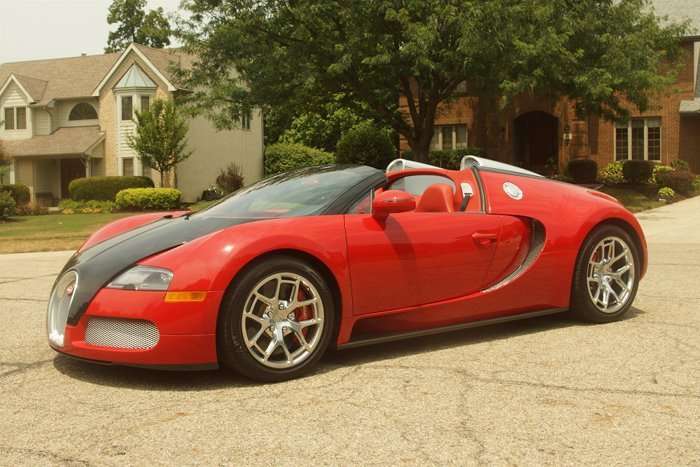 If you are going to pay more than two million bucks for a car, everything better be as good as it gets. Take it for granted that the Bugatti Veyron 16.4 Grand Sport was built by people who understand this completely.

The marque of Bugatti is perhaps the most highly regarded car brand in the world. The most expensive collectable production car is a Bugatti. When Volkswagen/Audi bought the name a couple of decades ago, they knew their reputation was on the line. If they put the name Bugatti on a car and it wasn’t the best, it would be a slap in the face to every classic-car buff in the world.

This Veyron Grand Sport doesn’t disappoint. Based on the coupe, engineers didn’t just cut part of the top off and call it a convertible. With a car that has a top speed of greater than 250 mph there are no shortcuts. The structure of the car itself has been beefed up to make sure that the car is as rigid as the hard-top version.

The structure of the car also impacts its looks. Unlike Italian supercars there is a fullness and strength to the Veyron. It is seriously masculine, with no flowing feminine grace. Lines are straight, curves are constant. Although aerodynamic, this car’s personality is about power, pure and simple.

The W16 engine is basically two V8 engines mounted in a W-pattern, and both are connected to a single crankshaft to create a 16-cylinder engine with four camshafts and 64 valves. It’s also got four turbochargers, two intercoolers and 11 radiators to keep this car cool and make 1008 hp. Four catalytic converters keep the car legal, emissions-wise. Mileage on the highway can be in the high teens, but not many people buy this car for its fuel efficiency. 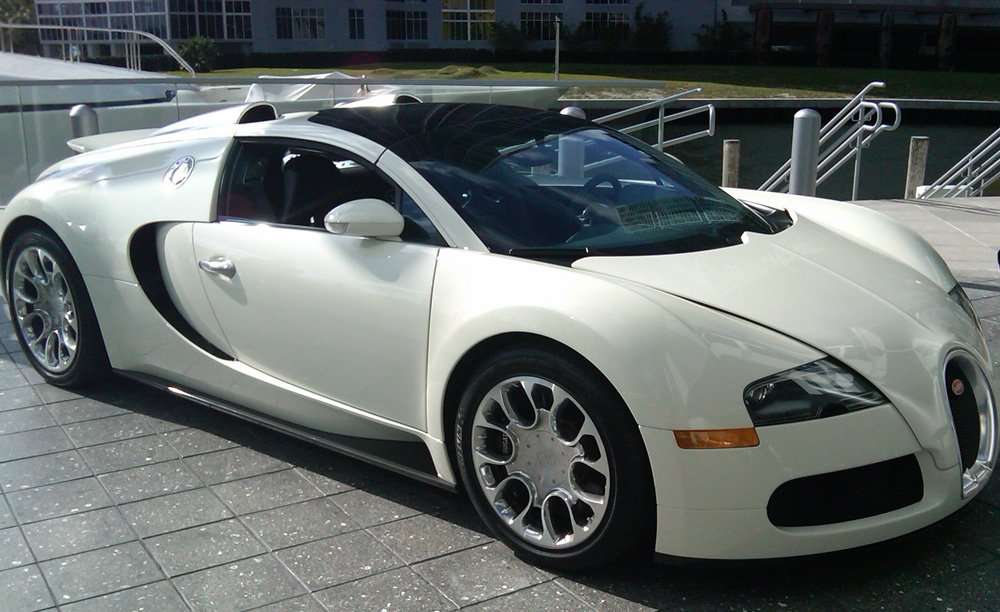 The power goes to all four wheels via a seven-speed dual-clutch transmission. You can get all four wheels to “burn rubber,” but you have to change the car’s basic engine and suspension setup — similar to what you have to do to try and get the car to its 253-mph top speed.

Carbon-ceramic brakes bring the car down from speed almost more impressively than the engine gets it to speed to begin with. Acceleration is explosive; I’ve not experienced this much weight pushing you back in your seat in anything but a racing car.

But that’s what you expect. Much more surprising about the Veyron is how easy it is to drive in traffic. The power is easy to control, the handling is good, although the turning circle is a bit wide, which is common in high-performance cars. Driving in traffic on city and suburban roads isn’t challenging, and other than the stunned looks of those around you, it’s comfortable and confident.

You don’t get the feeling at all that if you don’t pay attention, everything will go quickly wrong, a feeling that is true in many high-performance exotics. The Veyron is stable in the corners, with no twitchiness you might expect from performance levels this high. It is a car clearly engineered by a German company by people who rarely gesture dramatically. Thus, it is a car for the street, with manners to make someone who can pay roughly $2.5 million for a two-seat car happy.

Having said that, if you put your foot into it, the world changes. Getting to 60 mph is almost too fast to comprehend, and getting from there to beyond 100 mph is stunning in that it accelerates as hard from 60 mph as it does getting to 60 mph.

If you can appreciate the physics of the difference in accelerating to 6o mph and accelerating from 60 mph, you understand why 1000 hp. comes in handy. With that much power, you can continue to accelerate beyond the realm of normal performance cars.

The steering, suspension and braking easily keep pace with the driver’s pace. For most drivers, it would be very difficult to get the Veyron out of shape without doing it on purpose, or through a level of stupidity one wouldn’t expect of someone able to afford this car.

Tires cost $8000 a piece, but you do get roughly 6000 miles out of them. When you’re paying $20,000 for the annual maintenance check-up, that doesn’t look so bad. The have to deal with 16 cylinders, four superchargers and 11 radiators, so give them a break!

Nothing is left to chance on the Veyron. Everything is the best it can be, whether it’s the leather inside or the carbon fiber used to lighten the load of this rather heavy car. Weighing 4400 lb., this isn’t a racing car. It’s a supercar. It is powerful, it is fast, it is over the top in simply every possible way. That’s what this car is for. Its job is to be the absolute – to demonstrate that the owner simply isn’t interested in second best.

John Hill is sales manager for Bugatti in North and South America and says all of the 90 Veyrons in the U.S. have been purchased by men. The oldest is in his 70s and the youngest is 24. No names were mentioned.

For most of us the question is why would someone buy a car such as this for that much money? The question for those who actually buy cars such as this is “why not.” The true cost to them is about the same in impact as buying a Coach purse instead of one at Target.

Sure, you realize it cost more. And it feels so much better when you use it.