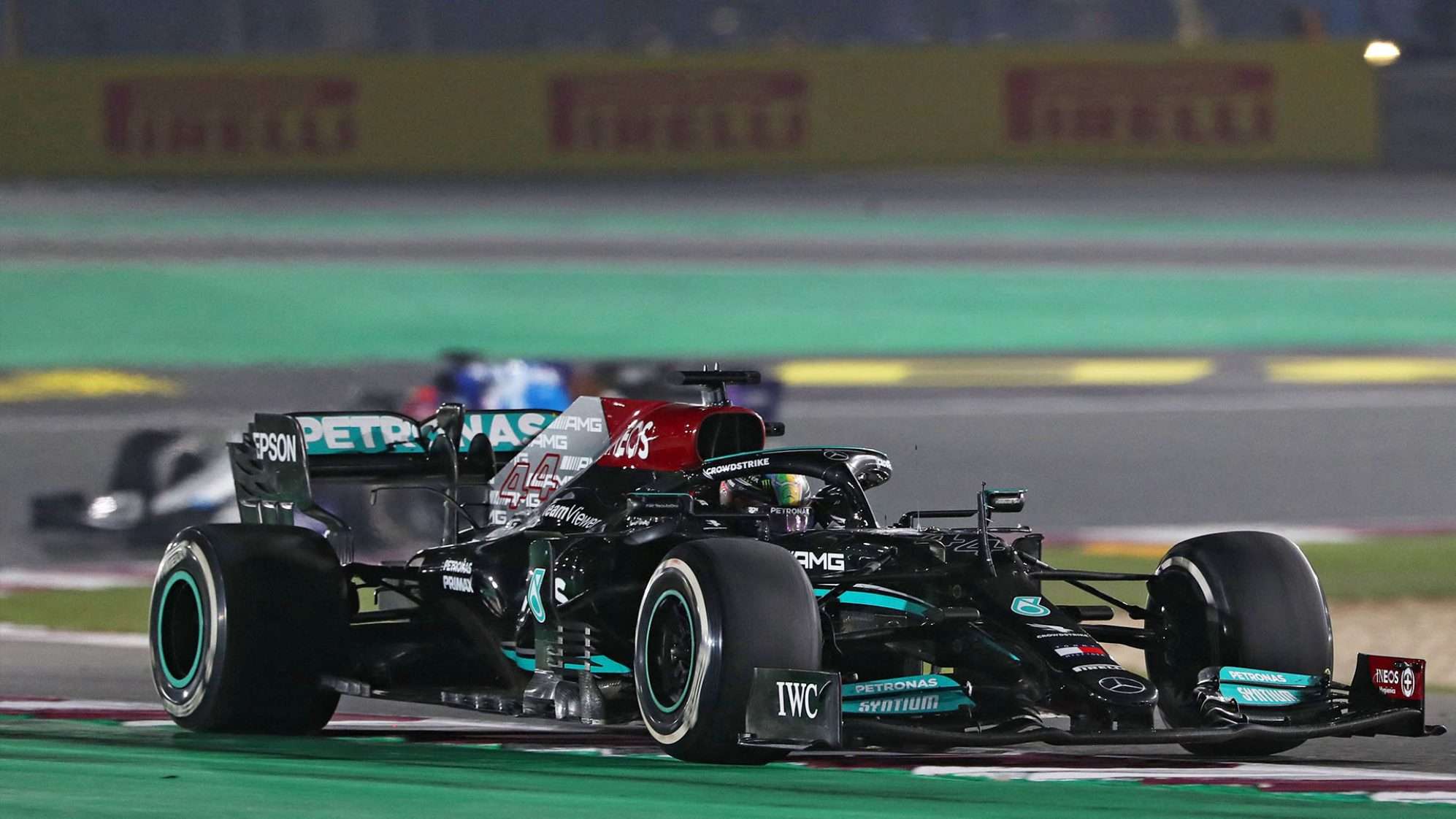 Race start saw Hamilton on pole, flanked by AphaTauri’s Pierre Gasly. Bottas (P6) and Verstappen (P7) were both hit with penalties for ignoring (or not seeing) warning flags in Saturday’s qualifying session.

Lights out and the charge for turn one on this 16 turn circuit with only one DRS zone.

Hamilton jumped out, with Verstappen jumping from P7 to P4 almost immediately. Bottas has a super poor start, inexplicably dropping to P11 within a few turns of the start.

Hamilton got the fastest lap on lap 3, setting the tone for the race. Verstappen also radioed in on Lap 3, saying “I’m a bit stuck back here,” and then he passed Gasly to take P3. 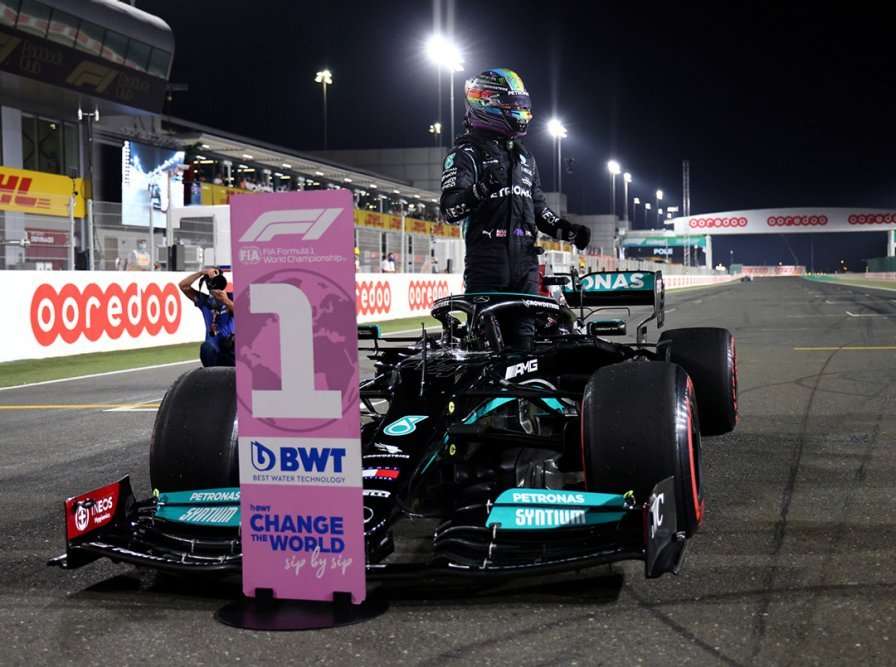 By Lap 13, Hamilton and Verstappen were over a pit stop ahead (about 25 seconds) of P3’s Fernando Alonso. Bottas and Carlos Sainz continued the battle for P8, and P7 (Ocon).

On Lap 18, Verstappen “boxed,” followed almost immediately by Hamilton. Verstappen came out just a few car lengths in front of Alonso, while Hamilton maintained a comfortable lead in P1.

On Lap 34, disaster for Bottas, with a tire puncture almost ending his race. After a brilliant pit stop 11.4 which also saw a front wing change, Bottas fell from P4 to P14.

Verstappen radioed in on Lap 39 telling his team front end vibrations were increasing. He “boxed” on Lap 42 with a superb 2.1 second pit time. Hamilton, as he did earlier, came in right after Verstappen with an impressive 2.3 second box.

Lap 45: Alonso (P4) radioed in to tell his teammate Ocon (P5) to defend against Sergio Perez (who was then in P6 and gaining) “like a Lion.” Lap 47 and his team radioed to Ocon “elbows out.” Ocon tried his best to defend, but the Red Bull was just too fast. So with nine laps left, only Norris and Alonso stood in Perez’ way for P3

Lap 51, and Norris had to pit with a puncture, followed by Russell with the Williams team with a puncture as well. Now for Perez, only Alonso stood in the way. Bottas also retired from the race on 51, so he was not available to shoot for fastest lap if needed. On Lap 52, Williams’ Latifi also experienced a tire puncture.

At race end, Hamilton, Verstappen, and Alonso finished on the podium. Great drive by Alonso, who also won “Driver of the Day.” Verstappen got a critical one point for the Fastest Lap.

The Driver’s Championship is tighter with just two races left, as Verstappen still leads by just eight points. In the battle for the Constructor’s Championship, AMG-Petronas holds a slim five-point margin. 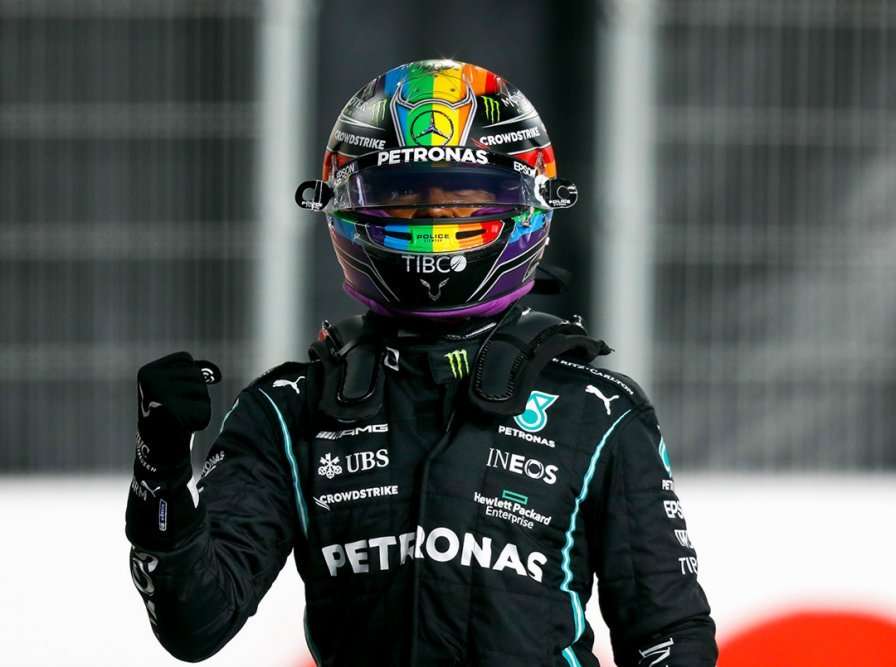