MINI’s Future, Featuring E-Power and the 301-HP JCW Clubman ALL4 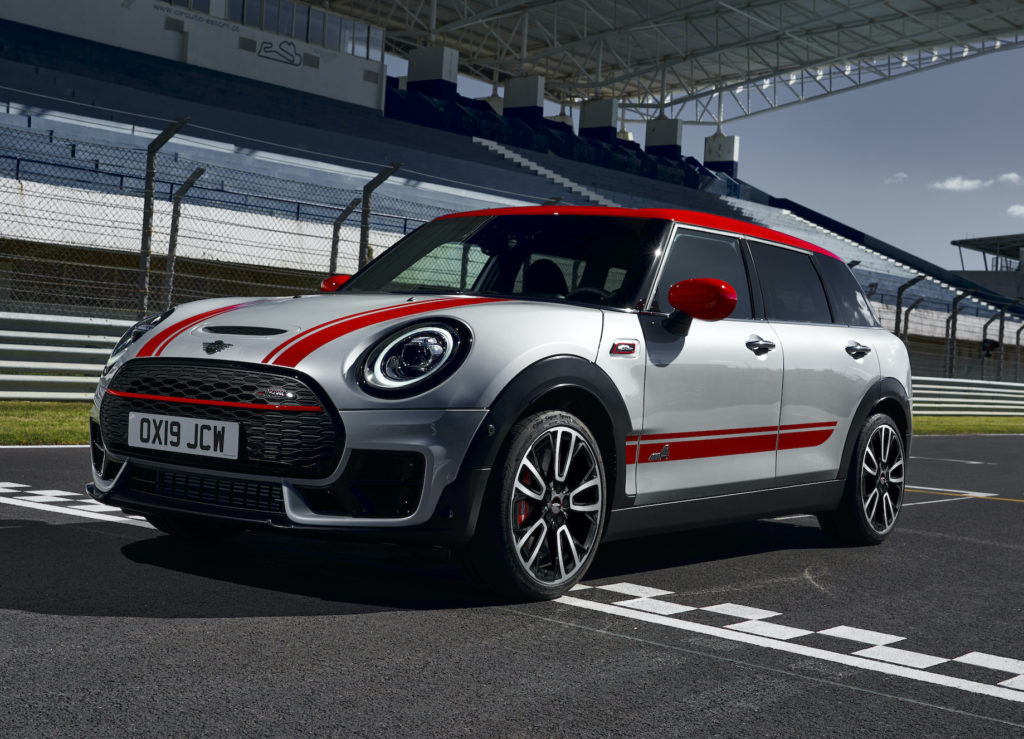 MINI, owned by the BMW Group, continues to celebrate its 60th Anniversary year with fresh new products, innovation, and substance for loyal owners and minimalist of the classic brand. In South Carolina at BMW Group Test Fest, held at the BMW Performance Center, I was able to test drive the 301-horsepower 2020 MINI John Cooper Works ALL4 with its peppy new engine as well as experience the “60 Years Edition” Cooper S; Cooper S variants of the revised Clubman and Countryman; throwback MINIs from the past; and the new battery-electric MINI Cooper SE. As you see, MINI has the goods, so let’s motor baby! 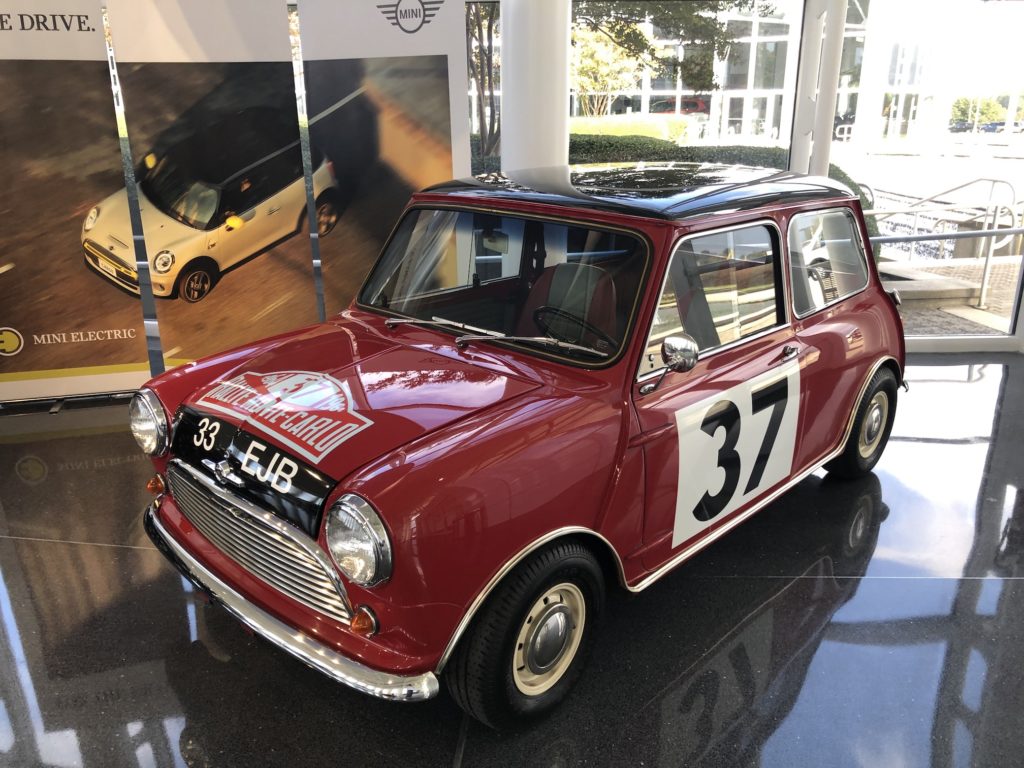 The electric future is bright for MINI with the showing of the battery-powered 2020 MINI Cooper SE that will also be unveiled at the LA Auto Show in late November and subsequently goes on sale at the beginning of March 2020 with an MSRP of $29,900 ($850 Destination fee). Depending on where you dwell, federal and state tax credits and HOV lane credits may be at your disposal, ultimately reducing the price of the vehicle. Now conscious owners can have both a cool and artistic vehicle that is still fun to drive as well as one that’s climate-friendly and Earth strong. In terms of performance, the FWD electric motor produces 181-horsepower and 199 lb-ft of torque for a 0 to 60 mph time of 6.9 seconds. Stylistically, the Cooper SE is based on the MINI Hardtop 2 Door but is a bit taller and features a closed, aerodynamic grill. Furthermore, the cabin is almost identical to the gas model. At home, you can charge the EV in four hours or so with standard AC Charging at up to 7.4 kW and DC Charging at up to 50 kW in roughly 35 minutes (80% charged). It also utilizes a two-mode regenerative braking system for a bit more juice on the go. MINI essentials you can expect in the Cooper SE are the 6.5” navigation system, LED headlights and fog lights, Active Driving Assistant with Forward Collision Warning; Acoustic Pedestrian Warning; rearview camera; Dynamic Digital Instrument Cluster; and Carbon Black leatherette upholstery. 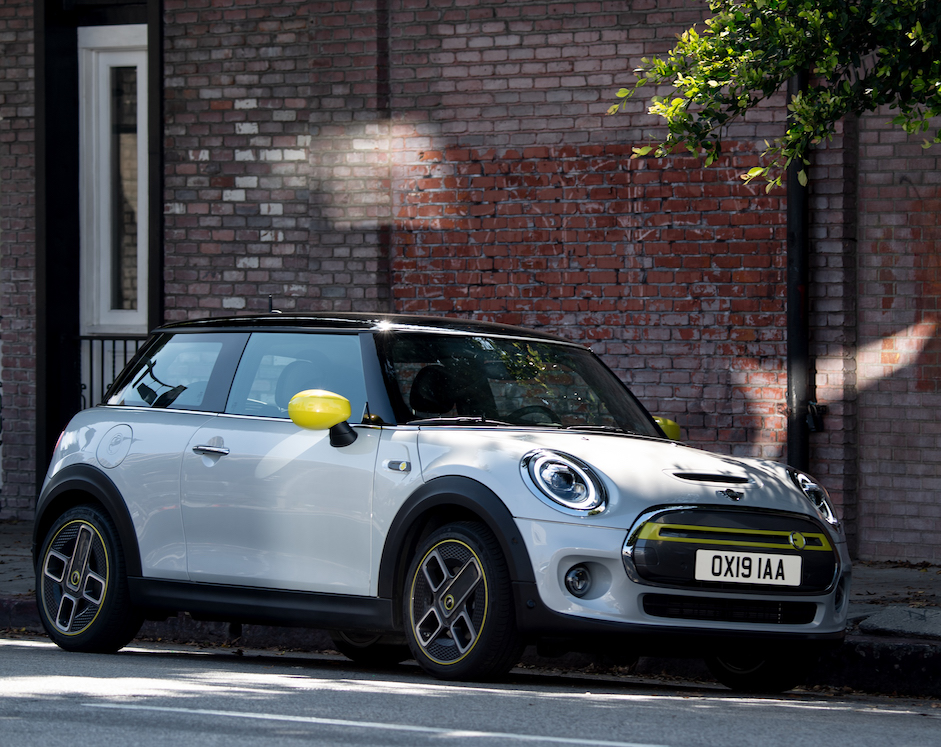 On the opposite end of the MINI spectrum are the performance-oriented 2020 John Cooper Works Clubman and John Cooper Works (JCW) Countryman with upgraded power from the prior 228-horsepower engines, which is why MINI made them available to drive on both the track and street. So, I took out a Rebel Green JCW Clubman ALL4 with red 4-piston fixed Brembo brake calipers up front, Chili Red mirror caps, and a Chili Red top to make the entire package pop.

Boy, when I say this small wonder moves, then believe me. Engineered similarly to the powertrain technology of the BMW X2 M35i, the vehicle’s 2-liter MINI TwinPower Turbo 4-cylinder engine receives 301-horsepower and 331 lb-ft of torque. When I hit the accelerator, the Clubman ALL4 took off like the Baltimore Ravens’ Lamar Jackson. With ALL4 AWD, Dynamic Stability Control, and a JCW Sport Suspension, it scrambles and pulls out of corners quickly like the pro QB as well. With the 18” JCW Grip spoke black wheels pushed to the corners, MINIs are like funfests every time you jump behind the wheel. Substantial updating was also performed on the 8-speed Steptronic sports transmission as well. Wait, there is far more to the little guy. MINI Driving Modes lets you customize the settings to either Sport, MID, or Green, while Dynamic Cruise Control takes some of the pressure of driving out of your hands. 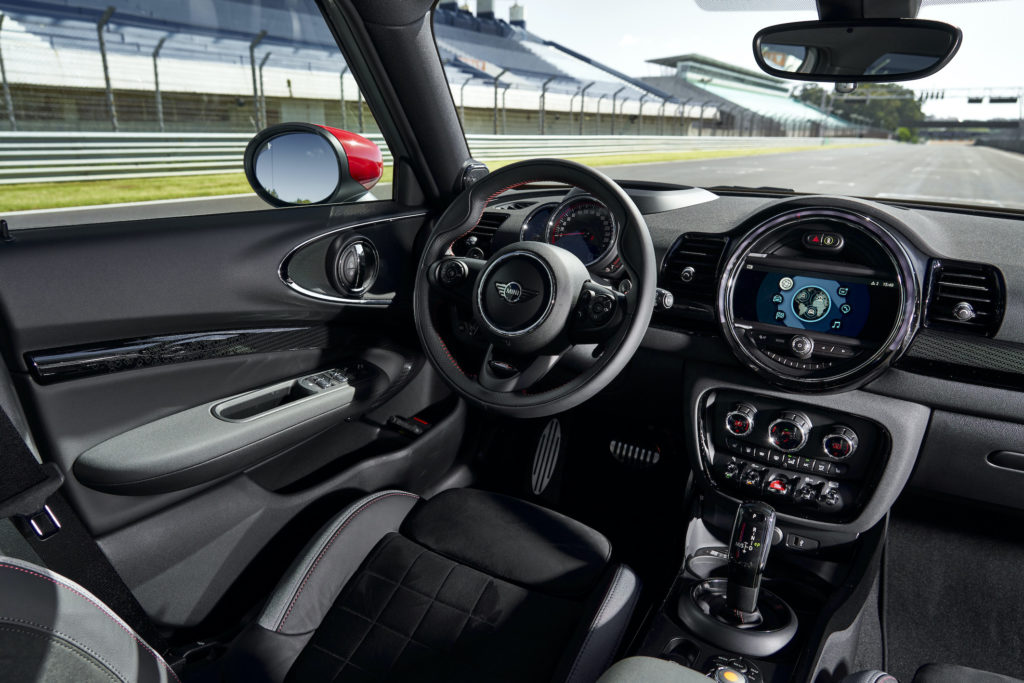 MINIs are small outside but large and abstract inside. In fact, my 6’7” drive partner had no problem with head or legroom behind the super sporty JCW leather-wrapped steering wheel with x-large butterfly paddle shifters and red contrast stitching. JCW performance seats kept us intact when we launched the car to open up the throaty exhaust notes. The Carbon Black Dinamica and leather interior and LED center instrument ring are nifty while the Panoramic sunroof and powerful harman / kardon premium sound system as part of the $7,000 Iconic trim were refreshing. Yes, I’m stilling talking about a MINI. In the far rear, you’ll find a Chili red spoiler, dual exhaust tips, and a smart two-piece side opening tailgate.

The 2020 John Cooper Works Clubman ALL4 retails for $39,400, excluding the $850 destination fee. The prospects are good for MINI as the company continues to deliver more and more hits.