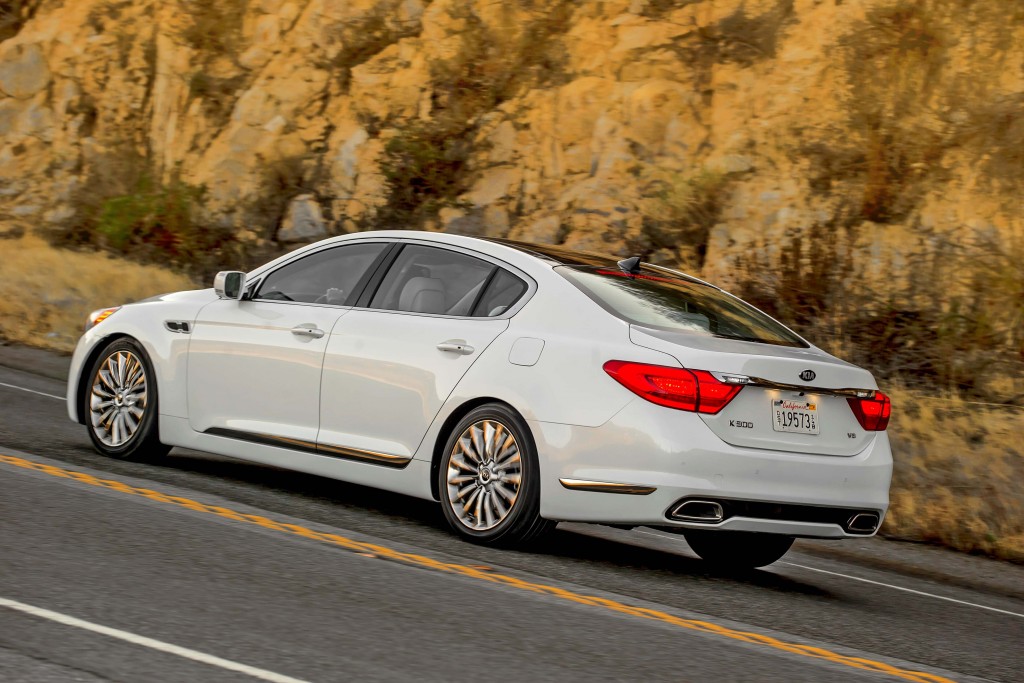 With a price tag just shy of $60K comes certain expectations. Especially since Automotive Rhythms team member Mike Tucker had just enjoyed the Kia K900 at his wedding. Having found it more than worthy of transporting the wedding party to the opulent Carlyle Club in Alexandria, VA, Mike referred to it as a sedan worthy of commitment. His words proved more than true, as luxury — being chief among my expectations — was exceeded in most places.

For the most part the K900 sports the same features as many comparable touring vehicles such as steering wheel mounted audio and cruise control buttons and intelligent telematics. What sets the K900 apart is that Kia takes its technology a step further. Instead of just the standard steering wheel features they have wrapped it in leather and genuine wood and heated it as well. On cold mornings that will be a treat for owners. In addition to Nappa Leather, the heated and vented/cooled rear seats are 60/40 split and recline. Passengers can control all three-climate zones (drivers, passengers and rear) from the rear center armrest controls. Moreover, the entire system delivers fresh air through Cluster Ionizing Air Filtration. By the way, vented seats were fantastic on days that were cold enough for a coat, but left me a tad too warm for comfort. They helped avoid the awkward job of taking off a coat while staying safely strapped in.

Kia also offers many options to customize and control the functionality of the K900. Very high on my list of reasons to enjoy this car for example are the 16-way, power-adjustable driver’s seat and the 4-way adjustable steering wheel. The legroom is amazing and seating positions are comfortable allowing you to drive confidently. The controls, even the leather wrapped gear selector that are very similar to BMW’s iDrive, were perfectly located. From one position I could reach all inputs that one would commonly use on a day-to-day basis without having to lift my arm. Almost all of the system features are available while in motion. Most manufacturers lock settings while the vehicle is in drive mode but not the K900. Everything I tried except the Bluetooth syncing of my phone was accessible on the large 9.2″ screen. The display, combined with the surround view monitor camera system that powers the parking assist function is spectacular. With cameras in the front and rear as well as mounted under the mirrors, the system provided so much visibility that I had a hard time believing there wasn’t a drone hovering above me. It’s really astonishing to see how much visibility is offered.

To say that this K900 can move out of its own way is an understatement. Although it has a curb weight of 4,555 lbs., the pompous Kia packs a 420-horsepower V8 that gets ahead of the game like John Wall in the lane. That’s nearly 1 horsepower per 11 lbs which puts the power-to-weight ratio of the K900 in Honda S2000 territory. Sports car performance in a large luxury sedan? Amazing! In addition, the vehicle can be driven in Normal, Eco or Sport mode, all with very distinct driving characteristics.

Most of my time was spent in the Sport mode since the engine revs to provide an additional 500 rpm or so. Throttle response becomes immediate and sharp, but you do pay for that at the pump. From the AR pickup location to home was about 70 miles and I only allowed myself to play with full throttle twice. Compare that to what we noticed in Eco mode on the other hand. The shifting points “in rpms” lowered and the car softened up, felt very smooth and encouraged a relaxed pace. From home to where the K900 was returned, we had used 1/8th of a tank less gasoline.

Every experience from all of our test drivers and fans alike were ultra positive. Automotive Rhythms alumni Shawn Ciers stated,” More than a few times l’ve had to say, “yes, it is a Kia,” to snap people out of the vehicle envy trance he/she seemed to be in.” No one I took for a ride or let play with features could believe it was a Korean car. In fact several times I heard, “If you put people in here with the badges removed they would probably think it to be a Lexus, BMW or Audi.” Certainly Lebron James made a wise decision.

At the end of the day one thing is brilliantly clear. Kia has indeed arrived into the luxury segment and is off to a very forceful start with their flagship K900. Styling that rivals the most respected makes in the business has been paired with comfort, functionality and thoughtfulness at every turn. Last but not least, for all of its standard features the price is definitely right. Though I sample some truly amazing cars as an automotive journalist I can say with full confidence that I don’t expect the memory of my time with the K900 to ever be overshadowed.

Just try for yourself, you’ll see. 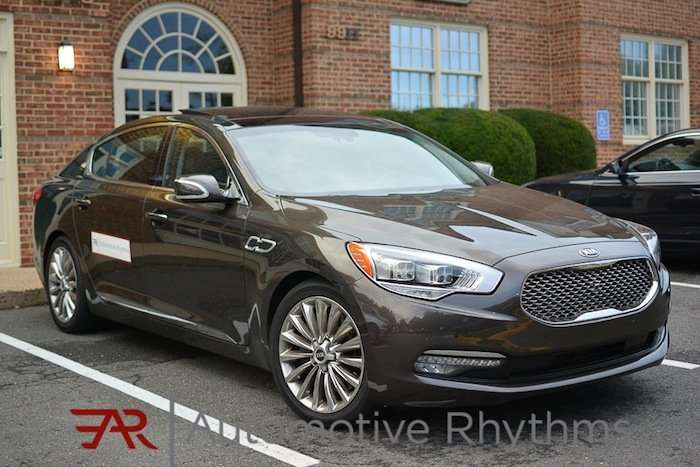