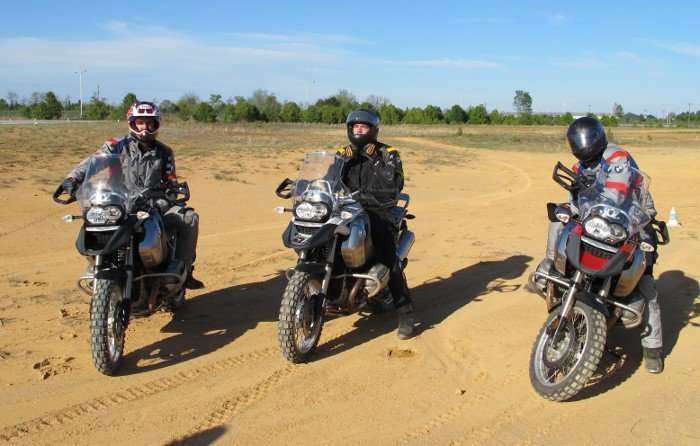 Given BMW’s worldwide stature in the marketplace it is hard to imagine that Allied nations purposely bombed a BMW plant in World War II. Being patriotic and with a government contract being great for business, the German company produced vehicles for Hitler’s Reich. In defense, BMW (like everyone else) didn’t know what Hitler had in mind for the world. But this is only one piece of interesting history in the BMW legacy. Where did it all start? Well, before there were four wheels there were two. And before there were two wheels there were wings.

It started in the clouds for Bayerische Motoren Werke. After restructuring the Rapp Motorenwerke aircraft engine manufacturing firm in 1917. At the time, the head of newly named BMW thought of planes as the only viable means of transportation. Vehicles without wings were regarded as a “human annoyance.” But at the end of World War I, aircraft engine production ceased thanks to the Versailles Armistice Treaty. The German economy was shaken up and cars were now too expensive for the populace. This opened a large market for smaller two-wheeled transportation. BMW begrudgingly reallocated its resources and engineers creating its first manufactured motorcycle in 1923 with a flat twin boxer engine, the R32. Before BMW was known for its cars, the company pushed motorcycle styling, ingenuity, and set more than 70 land speed records between 1929 – 1936, solidifying a top rank in the marketplace. 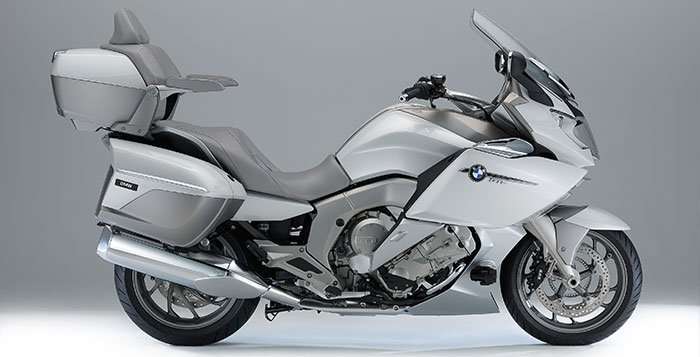 The United States follows Germany and Italy as the 3rd largest market for BMW motorcycles, so Automotive Rhythms (AR) travelled to the BMW Performance Center in Greer, South Carolina to ride one of their best, the R 1200 GS dual sport bike. Outfitted with top gear including the Rallye 3 suit, Rallye 3 Gloves, BMW Sport Touring Boots and a Schugerth C3 helmet, AR publisher Kimatni Rawlins and I teamed up with Lead Motorcycle Instructor Bill Conger, who introduced us to the world of BMW Motorrad and off-road adventure.

Quite different than the street rockets we are used to throwing around, this felt like a behemoth! Launched in 2004, the new 2011 R 1200 GS’s seat stood tall and is over 7 feet long from nose to tail. Sitting on a 19” front and 17” rear wheel with studded tires, its front BMW Telelever suspension has 7.5 inches of travel and its rear BMW Paralever can travel 7.9 inches. A muscle built dirt bike is the picture it gives off. With an optional ABS brake system controlling the front 305mm, four-piston fixed caliper, dual disc brake and a rear 265mm double piston floating caliper, single disc brake, this thing has stopping power!

I threw my leg over, used my tiptoes to push it off the center kickstand and started the updated air/oil cooled flat twin boxer engine design that originated in 1923. Now a four-stroke, with a dual overhead camshaft, the engine produces 110 horsepower and 88 pound-feet of torque, delivered to the back wheel by means of a central shaft. We sped off on the facility’s winding track, weaving through cones testing the bike’s agility while heading towards a variety of off-road terrain. On the road, the motorcycle gave us its first demonstration of power from its iconic engine. I gave the throttle a healthy roll and the burst of torque propelled me back in my seat. I quickly applied the “hang on for dear life” press with my legs, squeezed the hydraulically operated, single dry plate clutch, and slowly rolled the throttle forward. For a second, I thought I was going to look like one of George Lucas’s “Ewoks” in Return of the Jedi who hung on with only their finger tips when trying to ride a bad guy’s speeder through the forest. The suspension was obviously very soft and it became quite clear to me why people like this bike for long adventures. 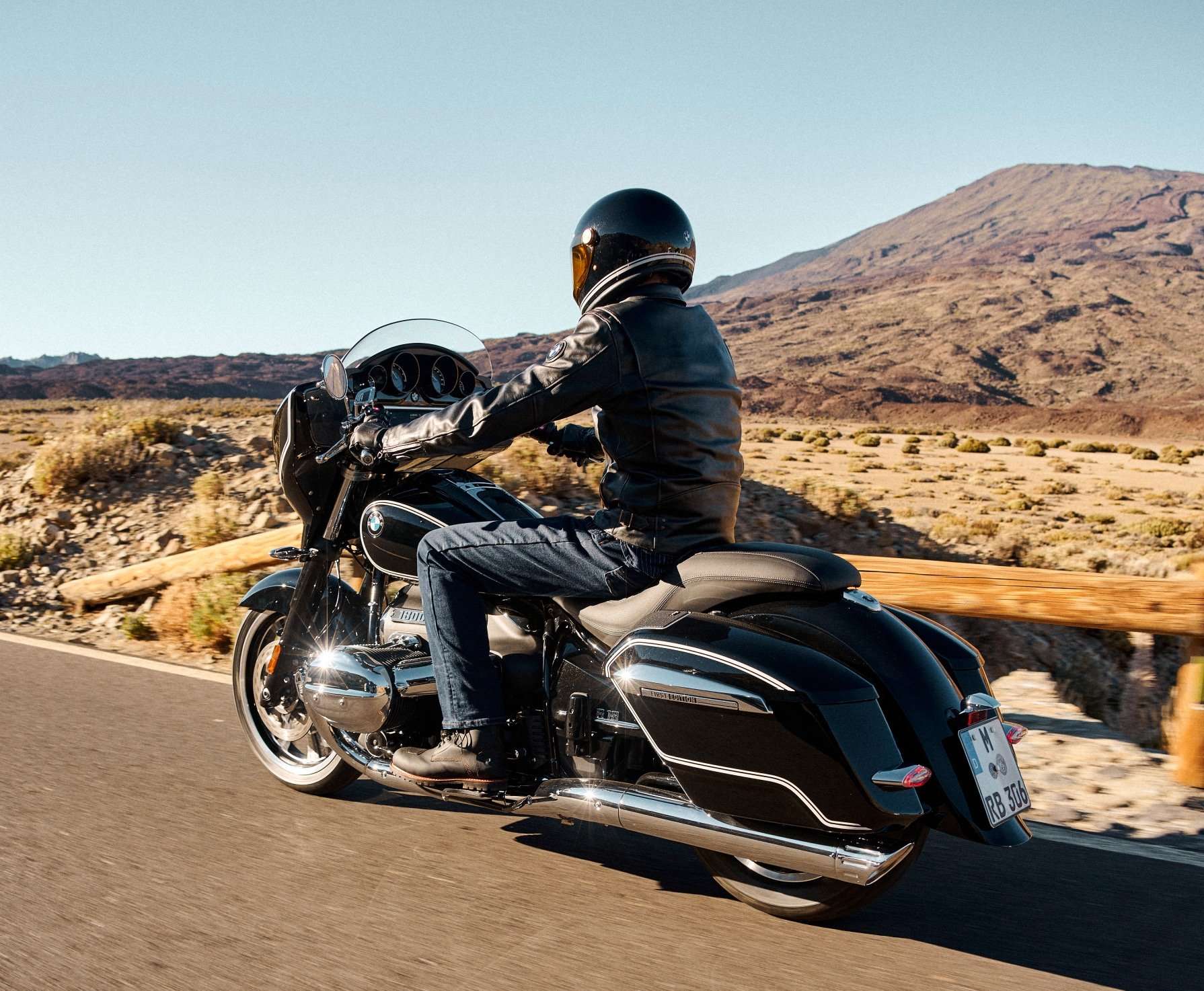 Off-road, the R 1200 GS was a machine. Being an exceptionally different ride than a street bike, Kimatni and I had to learn some new techniques for control. Bill, a well-seasoned rally bike and off-road motorcycle rider, demonstrated the proper riding stance, turn angles and appropriate way to ride this brute going up and down hills, forging through water, cutting across loose and soft terrain, and how to get through the sticky environments which prevent forward progress. It wasn’t long before I felt comfortable, and decided to pick up my speed and being a bit more assertive with my new toy. Seconds after I made that decision, my front tire got stuck in a dirt rut as we traveled around a bend, and I was flying through the air. I am not used to being responsible for putting a motorcycle on its side, especially one that isn’t mine. The dry cut grass underneath the hot engine was beginning to smoke a little too, so I lifted the 504 lb (fully fueled) motorcycle back on its wheels as fast as I could before a brush fire was added to my “oops” list. The bike is built to take some abuse, and since I wasn’t going too fast the bike was unscathed and ready for more. I brushed myself off, had a little laugh and thought, “Let’s not do that again.”

Nonetheless, in a short time I was back attacking every type of terrain. Up, over and down six foot berms, through long piles of gravel that looked like a dump truck dropped its load and left, across a sand pit that swallowed my forward momentum tossing me a second time, to muddy areas making my rear wheel spin and mud fly like a vehicle racing in a tractor pull. Bill heard me going back and forth between 1st and 2nd, gear, as the obstacle before me changed. He advised me to keep the bike mostly in 2nd gear since it provides a smoother ride. I followed suit and was impressed with the gear ratio within the six-speed gearbox. In 2nd I could get the rpm extremely low to slowly conquer an obstacle without the engine “chugging” or hints it was going to stall. Then on the flat straight away I could open the gears up and really crank out some speed, but got nowhere near its 120 mph max.

By the time the day was done Bill Conger’s instruction had me trying to jump the bike and sending loose dirt flying into rooster tails with controlled skids. The day on the R 1200 GS made me want to attach the rear cargo boxes to the bike’s two part frame (front and rear), and go on an Adventure Tour like Ewan McGregor and Charley Boorman did from Scotland to South Africa, as documented in Long Way Down. Other celebrities such as Brad Pitt and Harrison Ford have also experienced the fun with BMW Motorrad on their own R 1200 GS, or the more robust R 1200 GS Adventurer. The Adventurer is a touch bigger all the way around, has added suspension travel, a bigger gas tank and weighs 60 pounds more.

With each new product BMW makes available to the public, another chapter is written enriching their colorful history. Earning a reputation of quality and reliable engineering, BMW is enjoying over 30 years of dual sport success since the R 80 G/S was launched in 1980. Providing unlimited opportunity for the adventurer in all of us, BMW enables riders to each make their own mark in the threads of time. Is it no wonder the German brand is so popular amongst Americans?