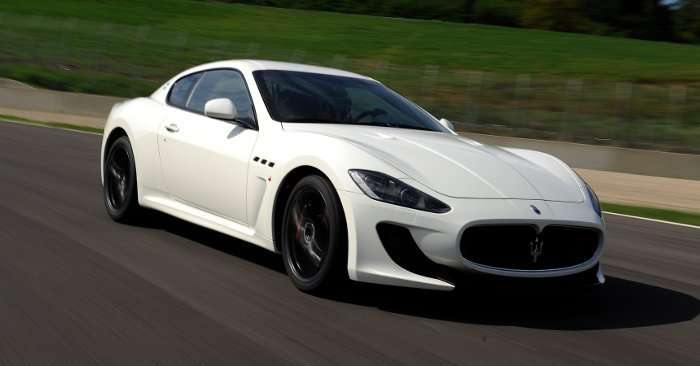 It’s no secret that the six Maserati brothers would be enamored with today’s “state of play” of the sports luxury brand they manifested during the beginning of the 20th Century. Vehicles from Modena, Italy bearing the 3-pointed Trident emblem represent a definitive status quo equating to style, success and individualism. The exclusivity of a Maserati positions its owners in an honorable and noble taxonomy. Enter two of the newest entrants to the Italian family: the 2012 GranTurismo Convertible Sport and the 2012 GranTurismo MC coupe.

Maserati, coming off a great 2010 sales year needed to continue the expansion plans of the brand. Every automaker needs a ubiquitous set of gifts for the various needs and desires of luxury buyers. Some want the novelty of newer technology, while others seek spiritual sustenance from the company’s heritage. Maserati has been making cabriolets for 60 years (remember the A6G-54 Frua Spyder?), so authentic inspiration by way of modern interpretation is simplistic to their engineers and designers. With the body of both vehicles hand sculpted from steel, the GranTurismo is one of the most beautiful and equally menacing two-door vehicles available in today’s luxury market; despite steep competition from the Porsche 911, Mercedes-Benz CL, Aston Martin V8 Vantage, Jaguar XKR and the BMW 650i.

The heart and soul of both vehicles is a naturally aspirated 4.7-liter V8 engine that Maserati will incorporate in all of its six models, replacing the familiar 4.2-liter V8. An MC Autoshift 6-speed transmission, replete with immense, winged paddle shifters positioned on the steering column manages up to 50% quicker power shifts. Located behind the front axle, the engine arrangement along with a few other key adjustments balances the weight distribution with 49% up front and 51% in the rear. You immediately sense when accelerating, that the GranTurismo’s layout is front, mid-engine. Horsepower is up 11 hp to 444 hp and torque has increased by 15 to 376 ft-lb from the GranTurismo S. Efficiency has been increased as well, with CO2 emissions down 13% and fuel consumption reduced by 6%. 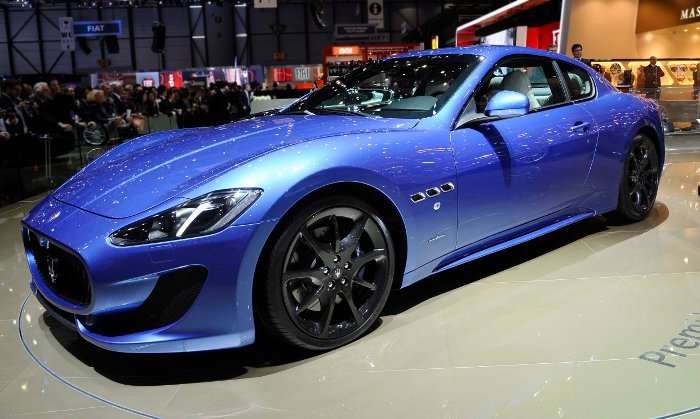 To experience the promiscuous elegance of both the intelligently designed coupe and convertible, we headed to San Diego, California, where the natural context was appropriate for our driving experience. Maserati has always maintained a Track to Street philosophy when building consumer vehicles. For that very reason, their racing packages, technologies and aerodynamics are instantly noted on the MC, which translates to Maserati Corse. Corse is of course (no pun intended) the company’s racing moniker. On the MC particularly, everything from the A-pillar forward is new, including the hand formed aluminum hood with air intakes, new fenders featuring air outlets and a new bumper to complement the signature oval grille. That having been said, the 2012 GranTurismo MC is the fastest and most powerful vehicle in the Maserati fleet. Also new are lighter 20” alloy wheels, side skirts, rear bumper, deck lid spoiler and a nimbler, sport exhaust system. Keep in mind that the GranTurismo’s heavier steel body compromises some acceleration, which nonetheless is 4.8 seconds from 0 mph to 60 mph. I would expect Maserati to add turbo or supercharging in the near future to satisfy pure enthusiasts who want more performance to go along with their luxury.

Once inside the cockpit of the MC coupe, you feel as if heaven was brought to earth in the form of carbon fiber. It’s absolutely gorgeous and well manicured. The steering wheel, with its leather and carbon fiber combo, is thick and utilizes thumb indentations honed for optimal turning radius. Contrast stitching, Trofeo-design shifters and an Alcantara headliner re-enforces the opulent cabin’s ambience. The seats are a bit slippery, however, when turning hard and fast. Yet, with a stiffer suspension those turns are handled with precision. By putting the transmission in sport mode, the exhaust’s by-pass opens up after 3,000 rpm, and in the manual sport mode it remains open. You won’t hear any unspoken silence when touring the scenic mountains around San Diego. An ice mode is available to start the transmission in second gear in wintry weather conditions. The 2012 GranTurismo MC will retail at $143,400, which includes all of the aforementioned features. 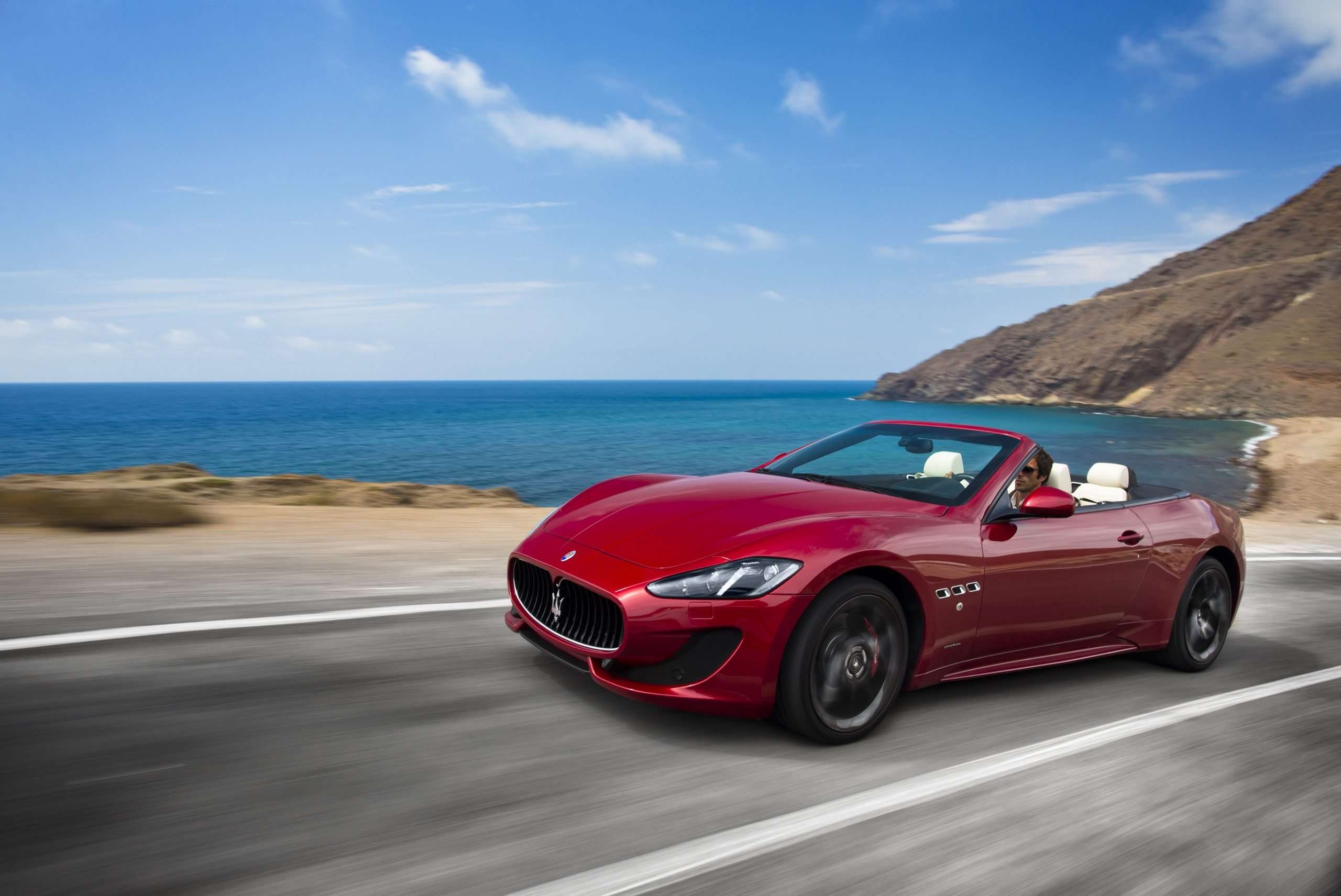 When you think about the emerging subset of luxury and sporty convertibles available in today’s marketplace, the selection quickly dwindles when four-seats become preferable to two. Maserati’s GranTurismo Convertible Sport is long and commodious, yet with the same dimensions as the MC. Its exhaust differs from that of the coupe, but is still new, and still permeated magnificent sounds while winding through the hills of Southern California. The only caveat was the 100-degree plus temperature, so we kept the cloth top up most of the time for relief.

A new color, Rosso Trionfale, is introduced to the drop-top models to reflect Maserati’s racing heritage. The cherry hue convertible is outfitted with Black headlights; body colored door handles and mirrors; a black grille; 20” Astro alloy rims (Trident themed); 6-piston front Brembo brakes (4-piston rear) with slotted, drilled discs, and wide, black oval exhaust tips which all combine to transform this delectable open-air sports car into something to dream for. The engine and transmission are shared with the coupe. Despite its 4,365 pound weight, the GranTurismo Convertible Sport accelerates from 0 mph to 60 mph at a decent 5.2 seconds. Retail begins at $142,800.

It’s a new day for the Italian automaker from Modena. With more product and platforms that continue to inspire our deepest desires, there should be no negative issues for Maserati while expanding their offerings in a highly competitive marketplace.