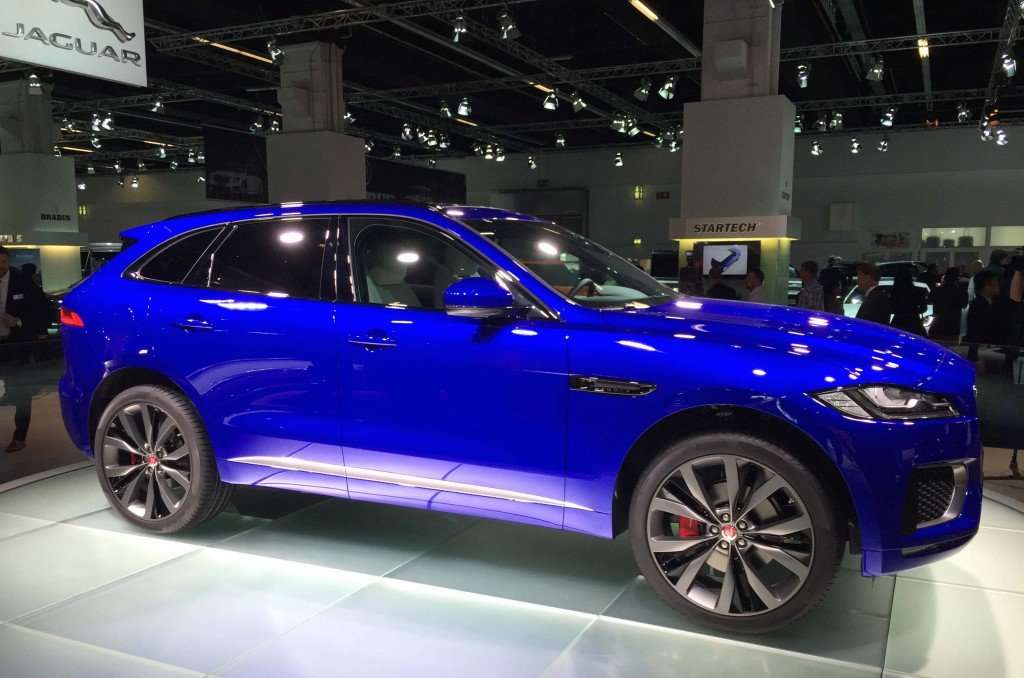 To welcome the world to the dynamic DNA of its latest innovation, Jaguar set the standard by infusing shades of Hot Wheels at the X-Games on the eve of the 66th Frankfurt International Auto Show. In dramatic fashion the purveyor of fine British cars – and now CUVs – broke the Guinness World Records by looping the tallest structure to date utilizing its first ever utility vehicle otherwise known as the 2016 F-PACE.

In celebration of its historical 80-year history Jaguar left no one second-guessing the attributes of the aluminum-structured vehicle. Their goal is to consistently raise the bar higher with experiences their customers come to love and appreciate. Owners expect products and comforts that incite the senses and create moments that redefine the soul. Of course their beloved F-Type sports car fits these character traits genuinely. But does the F-PACE? That’s yet to be seen, but we do know that it is not your typical luxury crossover signifying eloquence only. 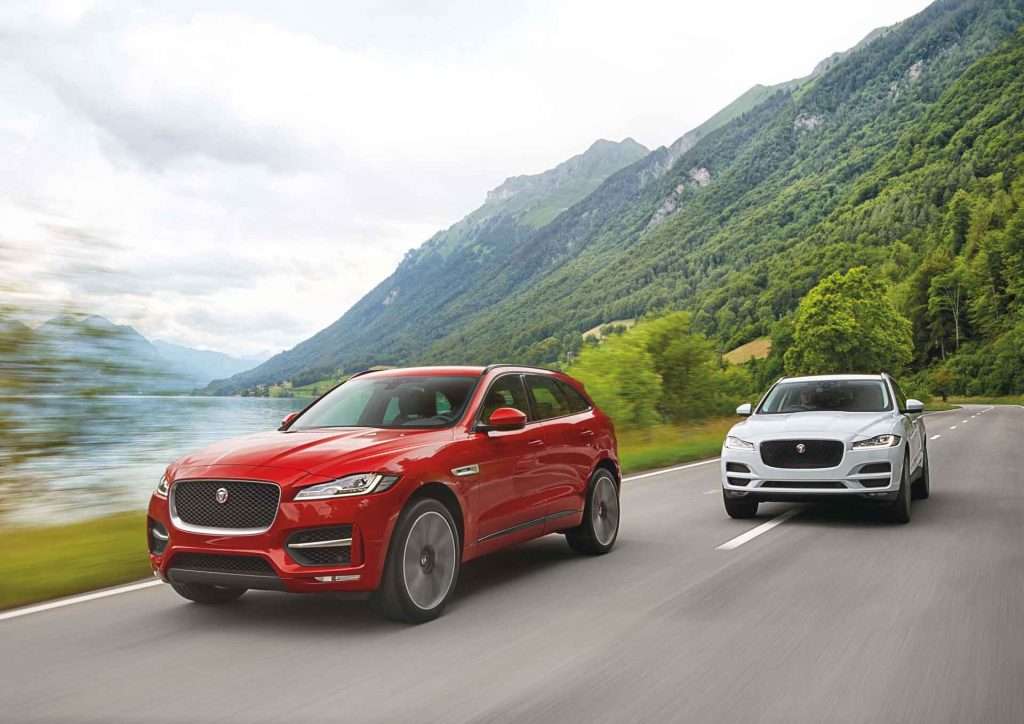 It is robust, agile, and resilient. How else would the Jaguar CUV been able to attack the ramp at 53 mph on the 19.1-meter high loop structure, slow down to just 15 mph for the upside down action, and then accelerate back up to 45 mph through the exit to the fanfare of hundreds of cheering media and guests in attendance. Of course incredibly precise steering and precision braking were key attributes needed for the task at hand. British and legendary stunt driver Terry Grant collected his 22nd world record, which was previously accomplished in 2012 on an 18.3-meter high loop. Taking just 3 seconds in entirety, the stunt produced 6.5 G-Forces upon entrance and created loads similar to that of a fighter pilot.

“Driving the world’s largest loop tonight was a very proud moment in my career. The F-PACE’s supreme performance credentials and rigid lightweight structure gave me complete confidence that I had the strength and driving agility needed,” stated Grant.

After five years of product development the F-PACE will be introduced with Jaguar’s advanced lightweight aluminum architecture that provides agility, speed and practicality, which ultimately allowed it to blister around that record-breaking power loop. The CUV is also enhanced with all-wheel drive, Adaptive Surface Response, Torque Vectoring, Adaptive Dynamics, Configurable Dynamics, and either a supercharged V6 with 380-horsepower or the 300-horsepower V6 diesel engine. 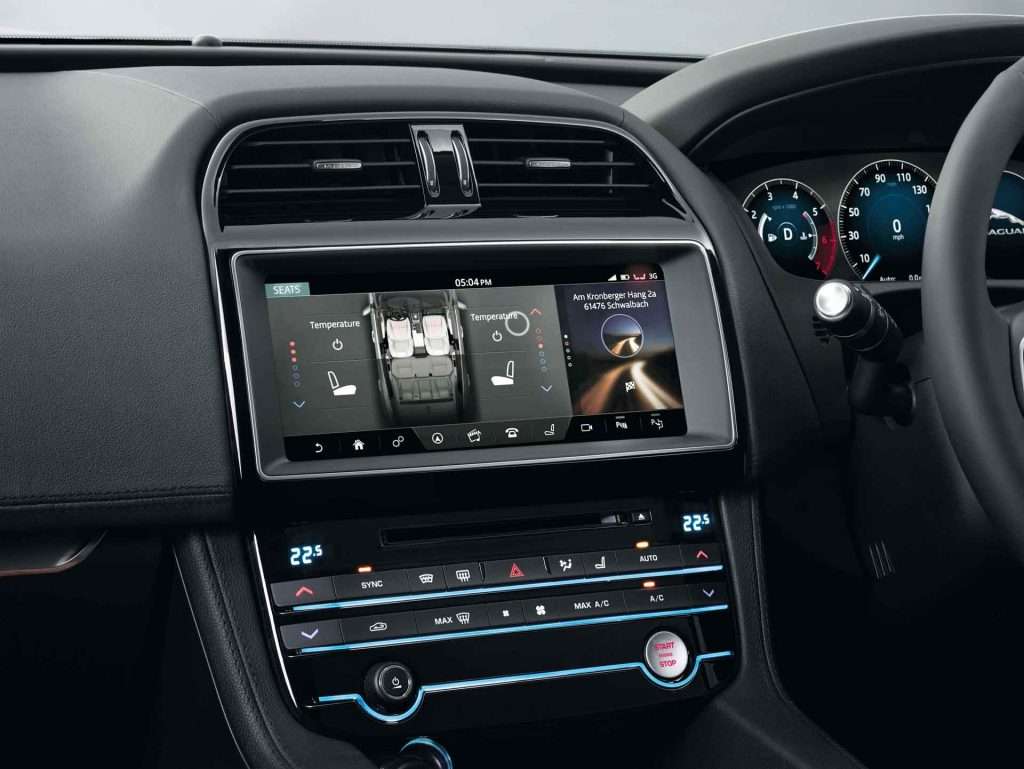 The most riveting aspect of the F-PACE may reside within the cockpit as it relates to InControl Touch Pro. The upgraded infotainment system is designed completely in-house with over 25 million lines of code and connects up to 8 devices simultaneously to the Wi-Fi hotspot. It will learn your habits and predict your daily drive like a virtual butler. The large 10.2” touchscreen features user-friendly and colorful icons for controlling and adjusting operations such as vehicle settings, seat and temperature, and apps to name a few. Also, navigation can be displayed in the 12.3” HD instrument cluster normally or in 3D. InControl was very much needed since the company’s current multi-media system is antiquated and not as simple to navigate through in comparison to top units like BMW’s iDrive and Chrysler’s Uconnect. I was also enamored with Jaguar’s Activity Key technology. Since I love sports and drive to many of my running destinations at parks and trails Activity Key is perfect. It comes with a waterproof and shockproof wristband with a built-in transponder so I can lock the keyfob inside the vehicle.

“The Jaguar F-PACE is an SUV with the soul of a sports car. When we created this car we thought differently; we took a Jaguar sports car and made it family friendly. The F-PACE exudes performance yet you can fit five people and all their belongings in it. This is a car for people who love driving, who love design and who love technology – this is the ultimate practical sports car,” reinforced Ian Callum, Director of Design for Jaguar.

Empirical data and sales statistics purport that SUVs are inherent to the culture of today’s driving population. At Porsche for example half of all vehicles sold emanate from the popular Macan and Cayenne. Constituting grounds for building the F-PACE was not the issue. It was more so the initial lack of resources to justify its existence. Now that Jaguar’s vision has come to fruition the public will ultimately decide on the F-PACE’s success or lack there of.