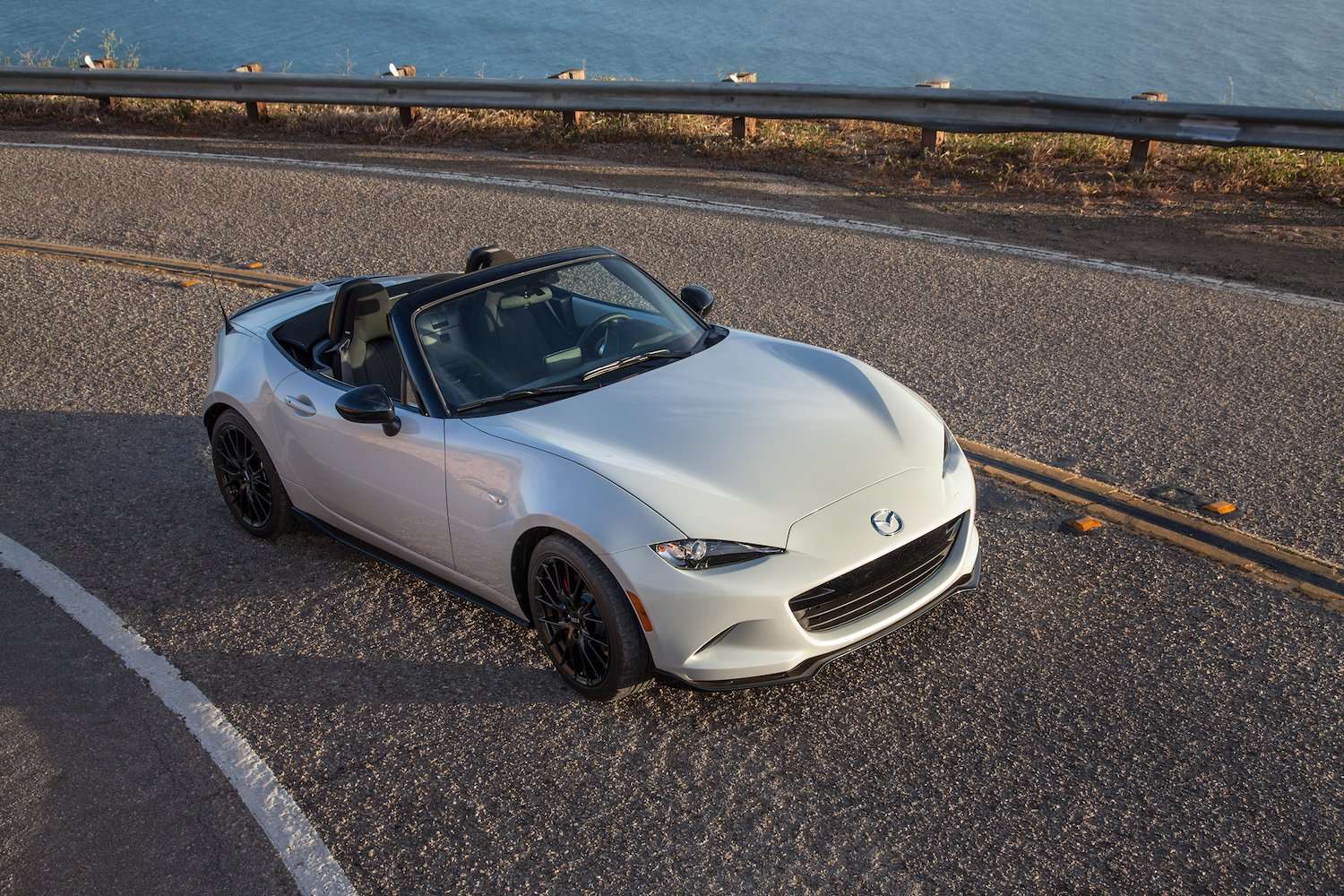 What can I say, it was a special day where I had the chance to evaluate a set of joyous vehicles on the open road to replicate the daily itinerary of the active “two car” family during Mazda’s Southern Escape held at Montage Palmetto Bluff, a luxury resort in the Lowcountry between Hilton Head, SC and Savannah, GA. The property is nestled within a 20,000-acre forest surrounded by 32 miles of riverfront (May River) with massive, live oaks draped in Spanish moss dominating the picturesque landscape.

On day one I was greeted by six Soul Red Mazdas parked on the Inn’s manicured lawn as I arrived, setting the tone for what to expect from the occasion. Yes ma’am, I do like hot sauce on my shrimp and grits! Later that evening I would have a festive dinner with the Mazda team on the River House Porch. The food was spectacular as I chatted with my colleagues about cars, automotive journalism, social media and life in the Washington (s), both Seattle and the District of Columbia where I’m situated. 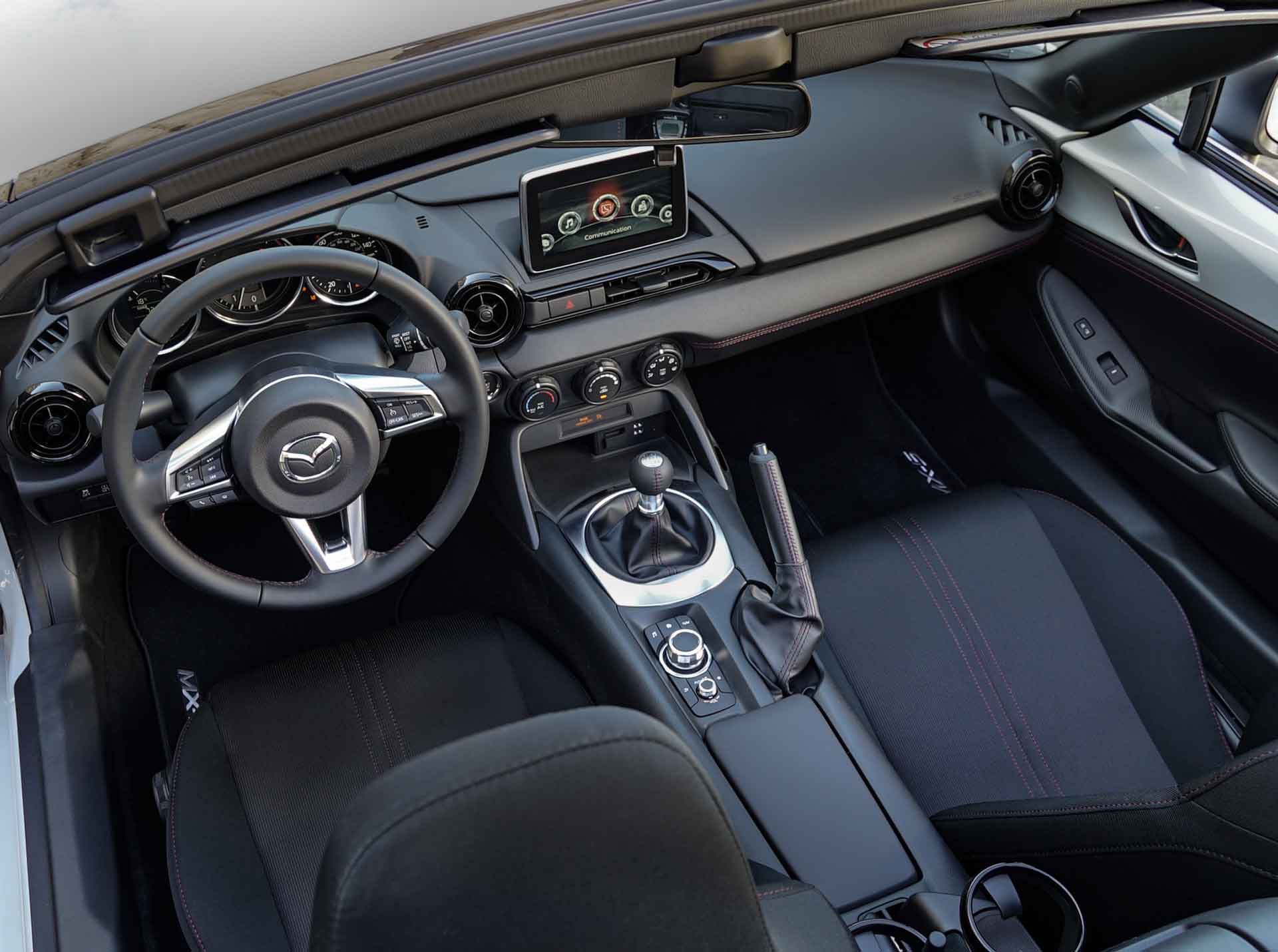 I love hearing from people who are passionate about what they do and proud of the companies they do it for. In respect, Mazda executives briefed us on their line of utility vehicles and the intended design philosophy for the CX-3, CX-5, CX-9 and of course the MX-5. The Japanese automaker is moving the brand upscale to fill the void just below the premium brands. Moreover, they build bonds with their customers by delivering more than just good cars, they strive to put smiles on the faces of customers. Literally, HASHIRU YOROKOBI, Mazda’s core philosophy celebrates “the joy derived from driving.”

Next up was to step up and pick a Mazda to drive for the day. With that said a Crystal White Pearl MX-5 Miata, topless of course, was sitting there calling my name. I previously owned a Mercedes-Benz SLK320 and currently hold the keys to a BMW 3 Series convertible so I was eager to experience the Mazda roadster. To begin, the compact but efficient cabin offers classic roaster styling with three enlarged instrument clusters that command your attention (the tachometer is front and center). Owners can interact with the vehicle’s “tech” primarily through Mazda Connect infotainment and its full color 7” touchscreen and voice command system. Club and Grand Touring models add the Multi-function Commander Control to operate the aforesaid media functions. The thick, black leather-wrapped and three-spoke steering wheel with thumb grips at 9 and 3 felt good in hand and very race inspiring while the handcrafted touch of red stitching conveys a sporty yet elegant demeanor. 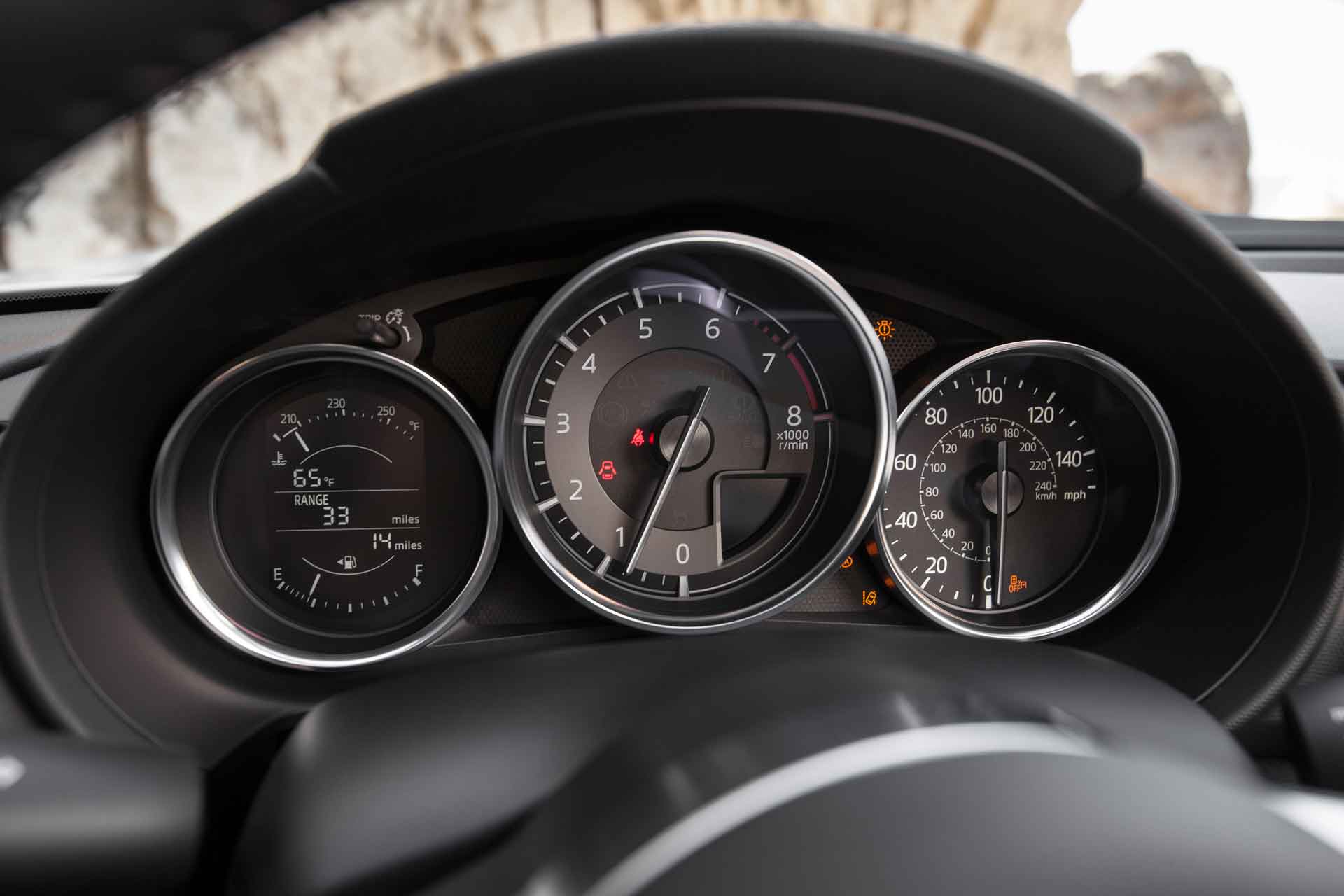 I knew that my co-driver Jaime and I were in for a great time as soon as I started the 155-horsepower SKYACTIV-G 2.0-liter 4-cylinder engine and engaged the clutch. I drove the first leg while Jaime navigated us using road-rally styled maps. Saying the cockpit is “driver oriented” does the MX-5 design a disservice. It’s much more engaging than that. Jaime said it best, “Marvin, I don’t get into this car, I put it on.” The seats are supportive and hold you in place; the driver has ample legroom to command the pedals (but the passenger yields some legroom to the catalytic converter bump); and all controls are where they should be and easy to reach. The MX-5 does become an extension of the driver as Mazda promised.

Aficionados will be happy to know that the MX-5 is available with either a 6-speed manual or the 6-speed sport AT with steering-wheel mounted manual shift paddles. The first time I threw the MX-5 into a curve and accelerated out of it aggressively I felt fully confident it would do what I intended it to do. The MX-5 Miata is definitely a driver’s car with its sporty ride, which is controlled but never harsh. 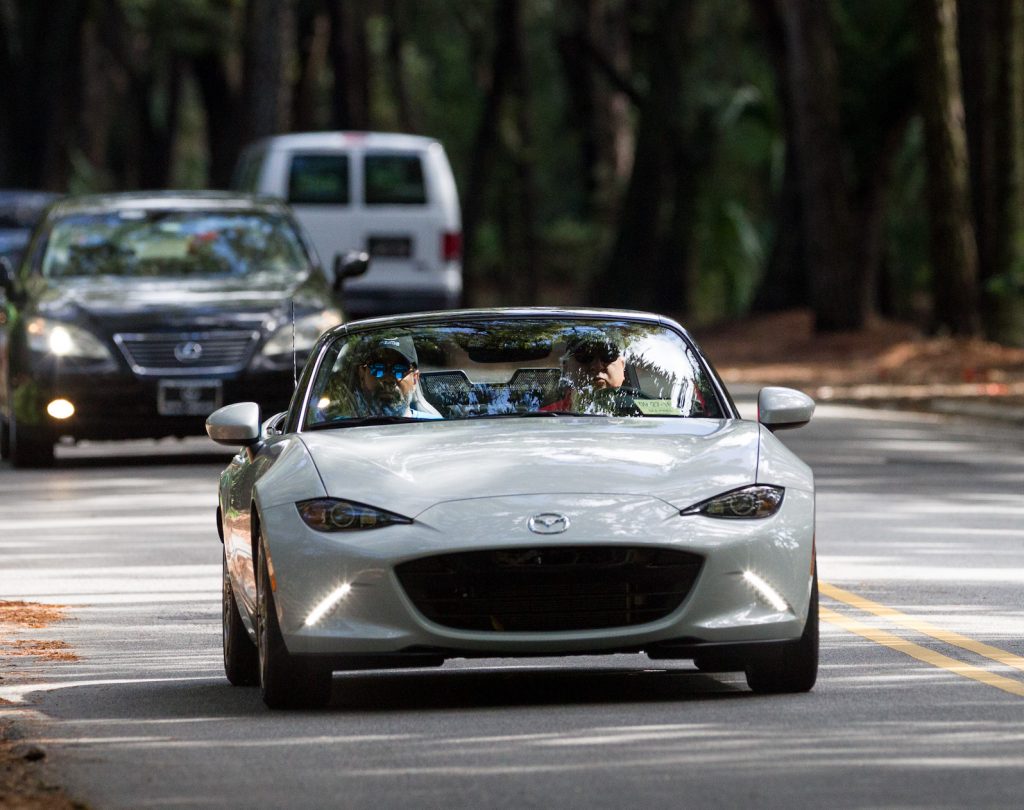 The MX-5’s solid body, responsive brakes and steering, intuitive, short throw 6-speed manual gearbox with cogs where they should be and an engine that loves to rev to red line makes for a very enjoyable driving experience in a fantastic roadster that starts at $24,919. It is a consummate second vehicle for Fit Fathers escorting their ladies to dinner, commuting through the city or simply for weekends being a kid again.