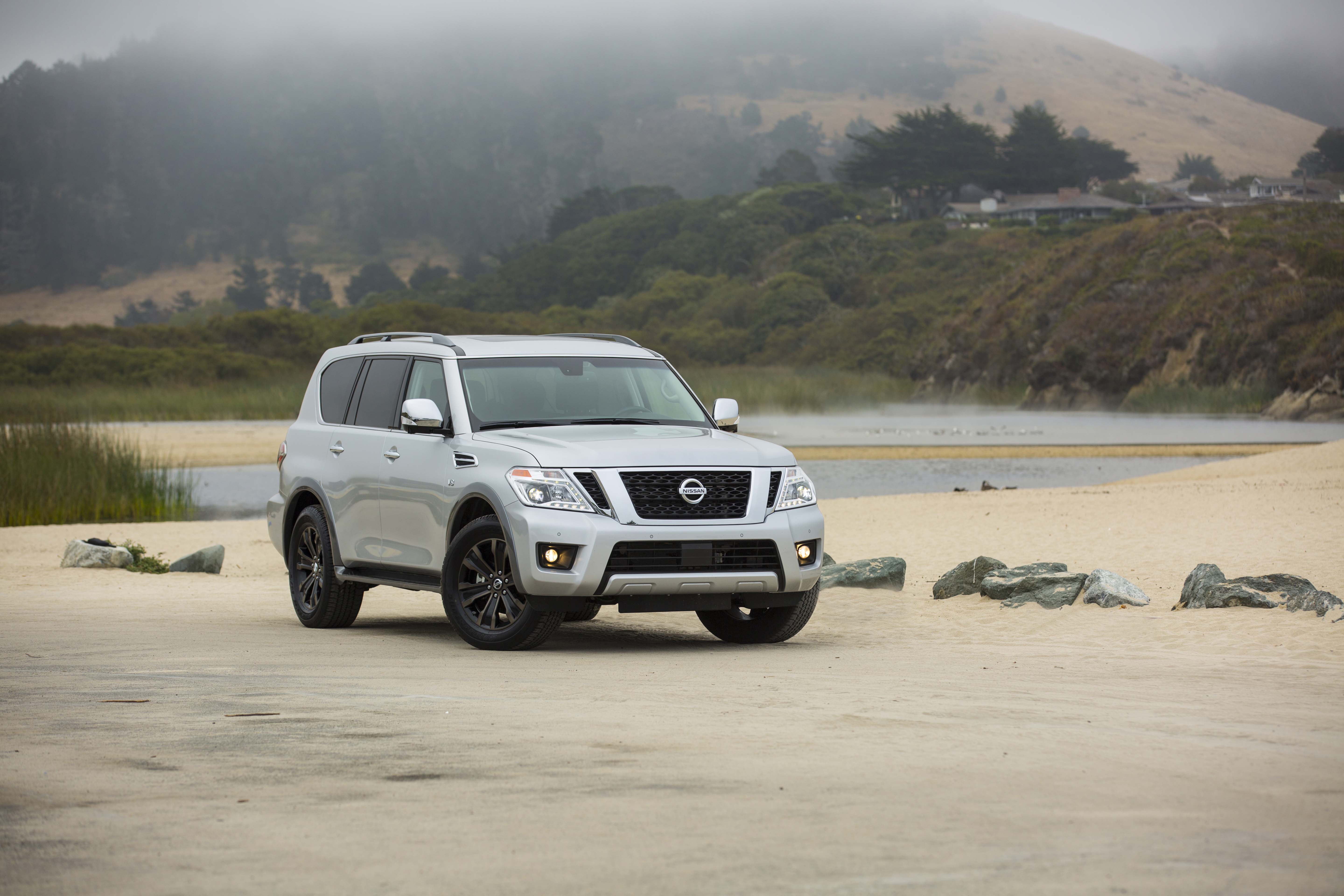 Nissan is the nation’s second largest car brand with key prospects such as the Maxima and Altima. But for 2016 the Japanese manufacturer is focusing on trucks including the new Titan Crew Cab V8, the venerable Pathfinder and the gargantuan Armada which is the largest of the four Nissan SUVs. On top of that a newfangled utility vehicle will be added to the fleet in September. As you see Nissan is exerting energy into very important topics of conversations for families and their myriad of transportation needs. Whether it’s a weekend camping trip, an outing to the ballpark or loading up the bikes for a day of riding at your National Park they have every demand covered from size to configurability.

The Armada brings to the fold a tough body-on-frame build, a new powerhouse 5.6-liter Endurance V8 engine — shared with the Titan — and the 7-speed automatic transmission pairing (replaces the previous 5-speed). Towing capacity has been upped to 8,500 lbs on both the 2WD and 4WD models for hauling your boat or superbikes. Direct Injection Gas (DIG) technology in the 5.6 provides more efficient breathing and both the horsepower and torque have been increased to 390-horsepower and 394 lb-ft. Moreover, the SUV doesn’t require premium fuel! 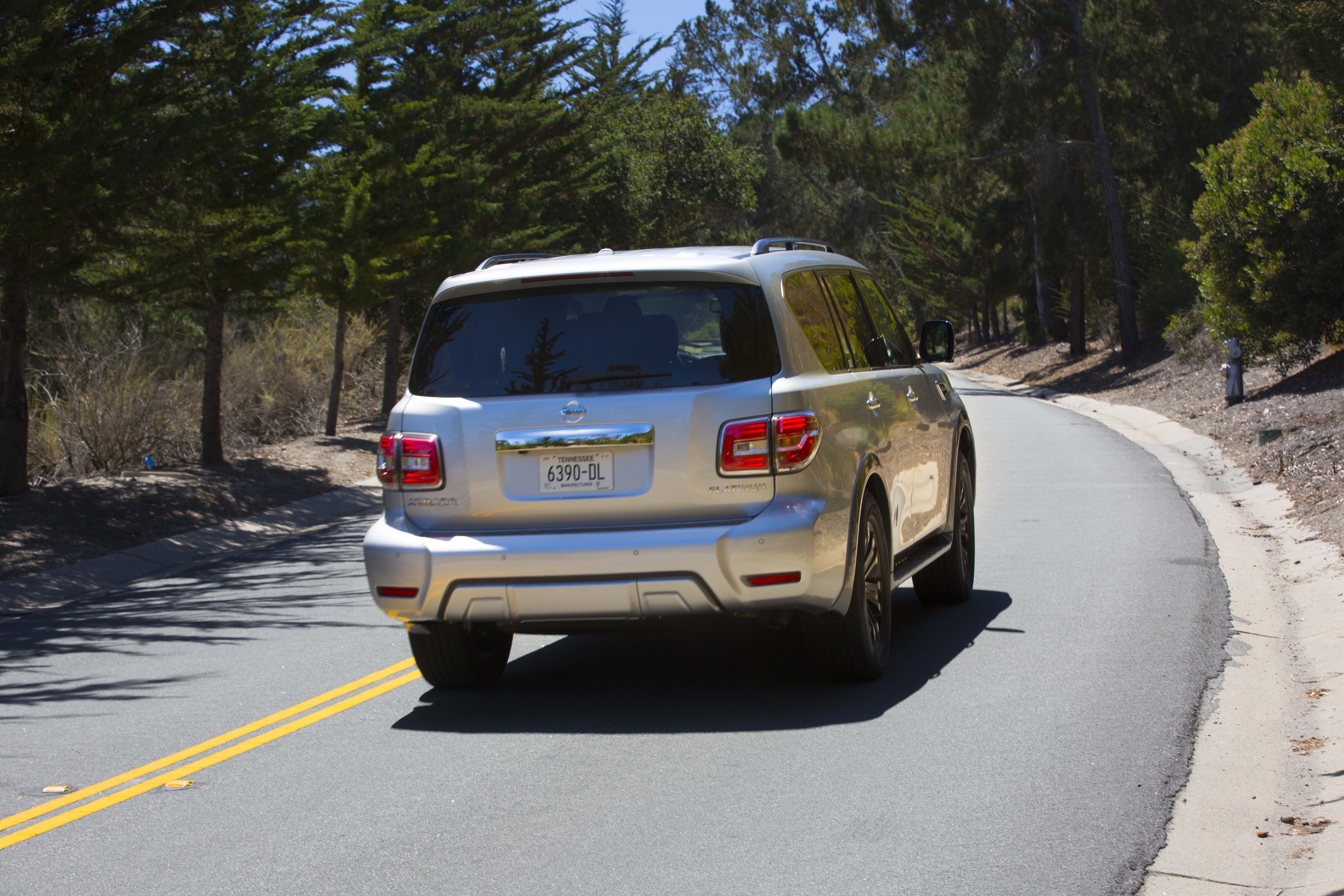 Overall the Armada is a noble utility for prospective shoppers. However, it’s been a while since I’ve heard of an Armada being called up from the Minors to the Majors. Whether it was an inquiring friend, relative or consumer asking my opinion on the top playmakers in the full-size SUV market, rarely did the Armada come up in the conversational lineup. Not even as a pinch hitter. When it first debuted in 2003 I personally knew a plethora of owners who initially customized their truck with rims and audio systems. The Armada was a “must have” and omnipresent. But recently the name hadn’t rung a bell until I attended the press launch in Monterey, CA a few weeks ago. Basically, Nissan has a lot of work to do. Especially since 80% of the 250,000 vehicle-a-year segment is currently dominated by the GM twins aka the Chevy Tahoe and GMC Yukon. The Ford Expedition and the quirky Toyota Sequoia also play in this field.

During my drive time in Northern California I was pleased with the dual personalities of the Armada. It can be calm, smooth and relaxing while toting up to 8 passengers in its lounge chairs or has the capability to traverse off the beaten path through muddy waters, around hills and over rocks to get you to base camp. I was also impressed with its runaway acceleration on the highway in route to Laguna Seca where Nissan arranged an off-road course to show off the rugged traits of the vehicle. We set the Armada in “4-wheel-drive low” and proceded with no problems, typically with one wheel rotating off the course. Nissan also refined the suspension and increased torsional rigidity by 20%. Keep in mind the rear suspension is auto-leveling. The Armada is not equipped with Hill Decent like the Titan so manual braking is still required when coming downhill. 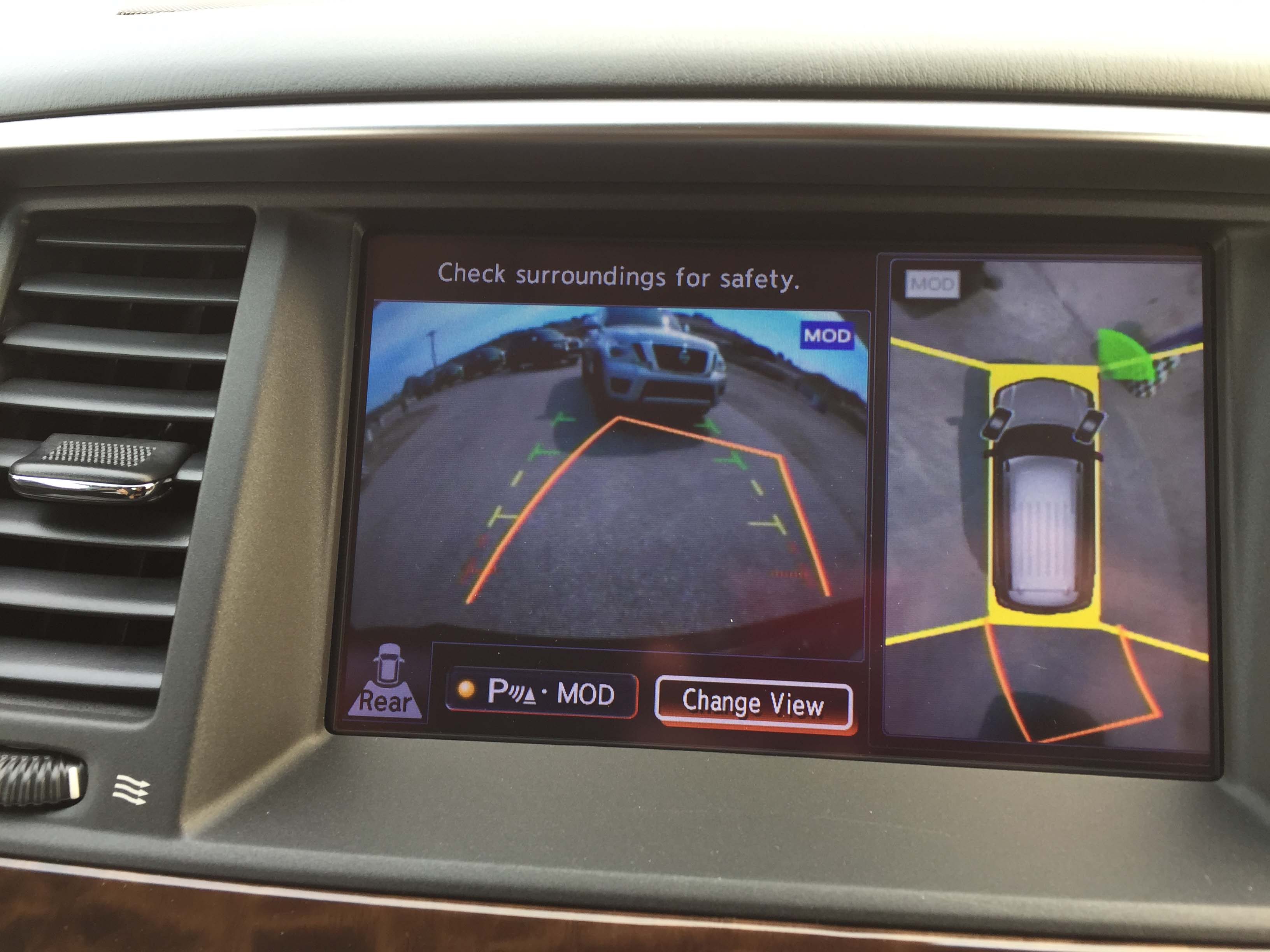 Preventive safety technology comes in the form of Lane Departure Prevention/ Warning, Predictive Forward Collision Warning, Blind Spot Intervention, Backup Collision Intervention, Intelligent Cruise Control/Distance Control Assist and Around View Monitor with Moving Object Detection. With big SUVs it’s a blessing to have vistas of every angle of the vehicle’s surroundings displayed on the Nav screen so you are aware of driving impediments at all times. Most of these advancements are bundled in the optional Technology Package.

Step inside and the lush interior captivates first with the front and available second row bucket chairs, a standard 13-speaker Bose surround sound system, standard Nissan Navigation with NavTraffic and NavWeather information, of course a moonroof and available accessory WiFi hotspot. Passenger spacing is amazing including the middle seating which offers 40” of headroom and 41” of legroom. Extraneous details for some are the lack of Apple CarPlay and the placement of only one USB slot.

The new Armada is now in dealer showrooms for purchase. Offered in three models – SV, SL or Platinum – expect a $44,400 (plus $995 destination) price tag to entry. By the end of 2016 Nissan would have revamped its SUV and truck lineup by 85%. It’s a pretty aggressive strategy for an aggressive brand on a mission. After all, it is Nissan’s Year of the Truck!