Welcome to the lightning-fast Auto Club Speedway in Fontana, California, for the 4th season of “Lexus 0 to 60,” which features some of your favorite personalities ripping runways with authority in the latest ensemble of high-flying Japanese weapons of mass seduction. The vigorous competition pitted two teams of three drivers against one another as each maneuvered through adrenaline-pumping motorsports drills. With a chance to win a new Lexus for a year, vehicles include the thrilling 2021 IS sports sedan, the dominating RC F coupe, the LC 500 coupe and convertible, and the GS F sports sedan. 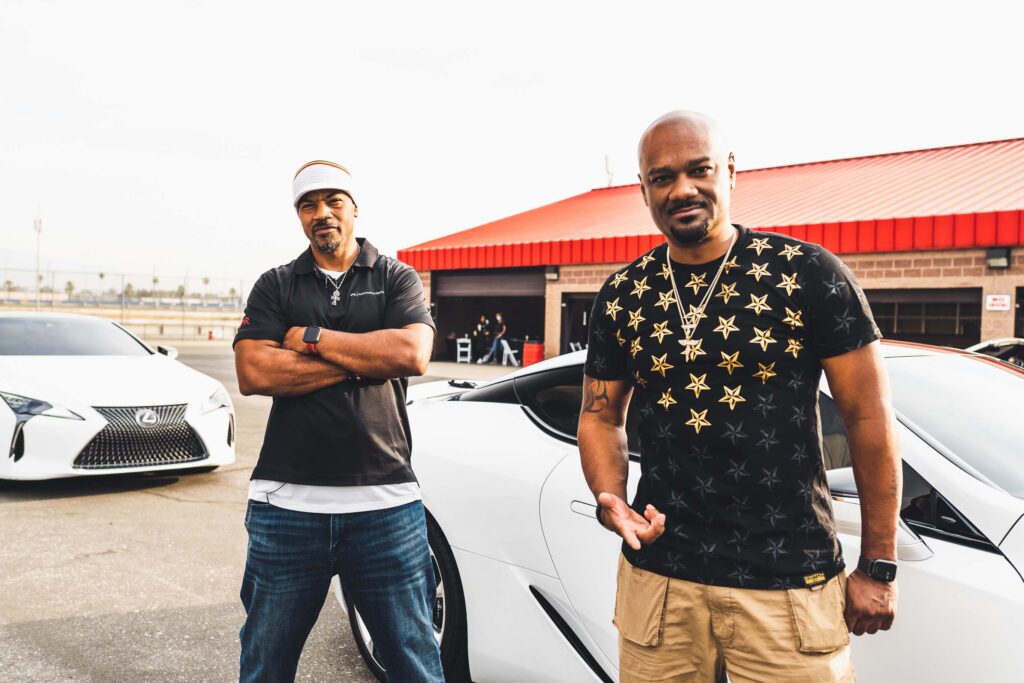 With bragging rights at stake, the challengers enjoyed exhilaration behind the wheel of the Lexus performance rides on the 2-mile, low-banked, D-shaped oval superspeedway where NASCARs have amassed speeds over 240 mph. This season the drivers took on the high-speed competitions to dethrone 2019 champ Curtis Hamilton who has been donning an LC 500 Coupe for the past year. And if you have never driven on Auto Club Speedway, then maybe you should schedule a session since it creates pure exultation and euphoria from within. The famous raceway 50 miles outside of Los Angeles has been featured in Ford vs. Ferrari, The Bucket List, and Charlie’s Angels, to name a few popular movies. 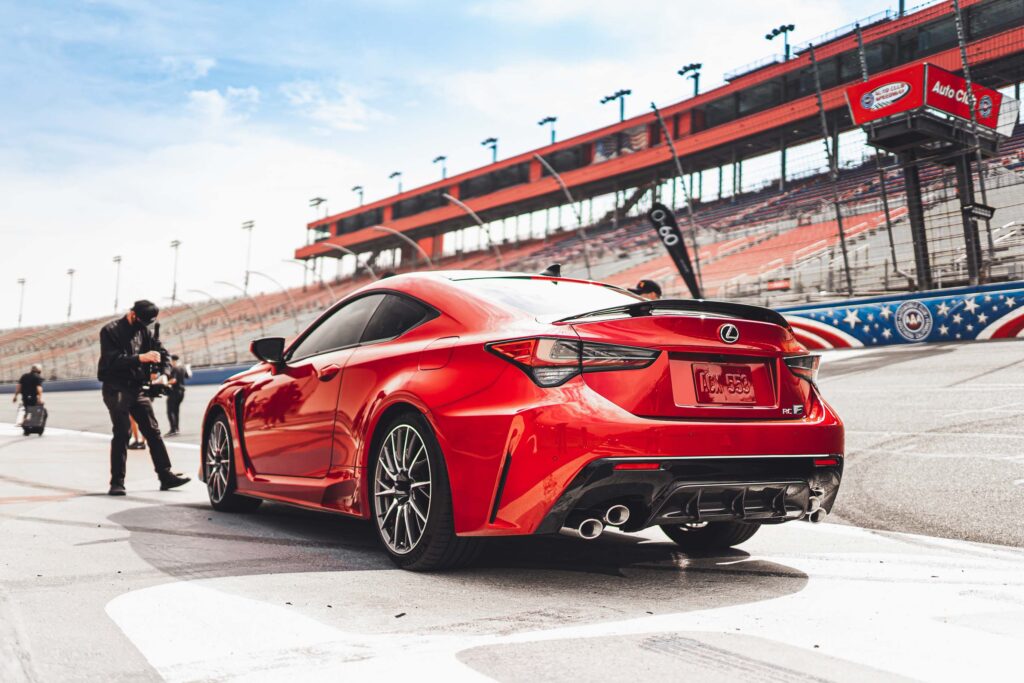 Hosted by Big Tigger (face of Atlanta’s V-103 and the Atlanta Hawks’ resident DJ) and Scott Pruett, the most decorated IMSA driver of all time, the participants of “Lexus 0 to 60” included former all-pro NFL speedster DeAngelo Williams, former NFL player George Wilson, actor, model, and musician Don Benjamin (America’s Next Top Model), professional drag racer Dystany Spurlock, Brazilian actress and filmmaker Luciana Faulhaber, and actor Curtis Hamilton (Surviving Compton). Trust me, DeAngelo was just as fast with tires on the racetrack as he was with cleats on the field, running a 4.4 40-yard dash from the running back position, and also exhibited the most energy on set. Their instructional coaches were Jack Hawksworth, who set a track record at Road Atlanta for the Le Mans Prototype Challenge, and champion driver Townsend Bell. 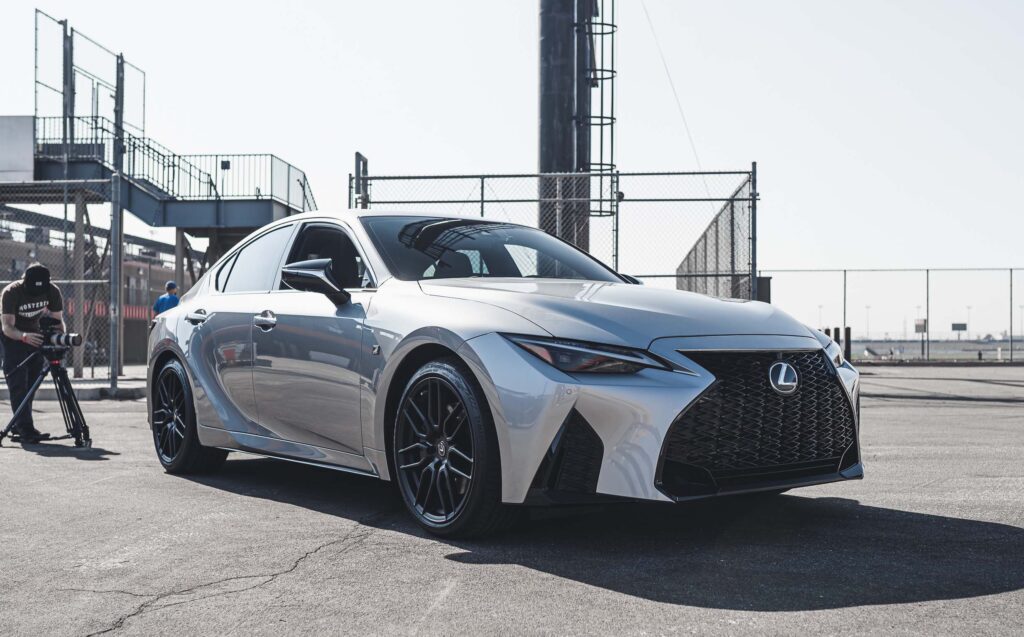 If you only thought Lexus vehicles were designed with luxury in mind, then you have been misled since each exhibited fascinating performance at Auto Club Speedway. Our celebrity contenders handled these Japanese machines on the speedway with respect from the autocross to crazy eight drifting. Most were amazed that Lexus engineers track worthy rides, especially the RC F. They are also aware that the letter “F” marks the highest expression of performance and power inside the Lexus family, which just celebrated the 10th anniversary of the venerable lineup. 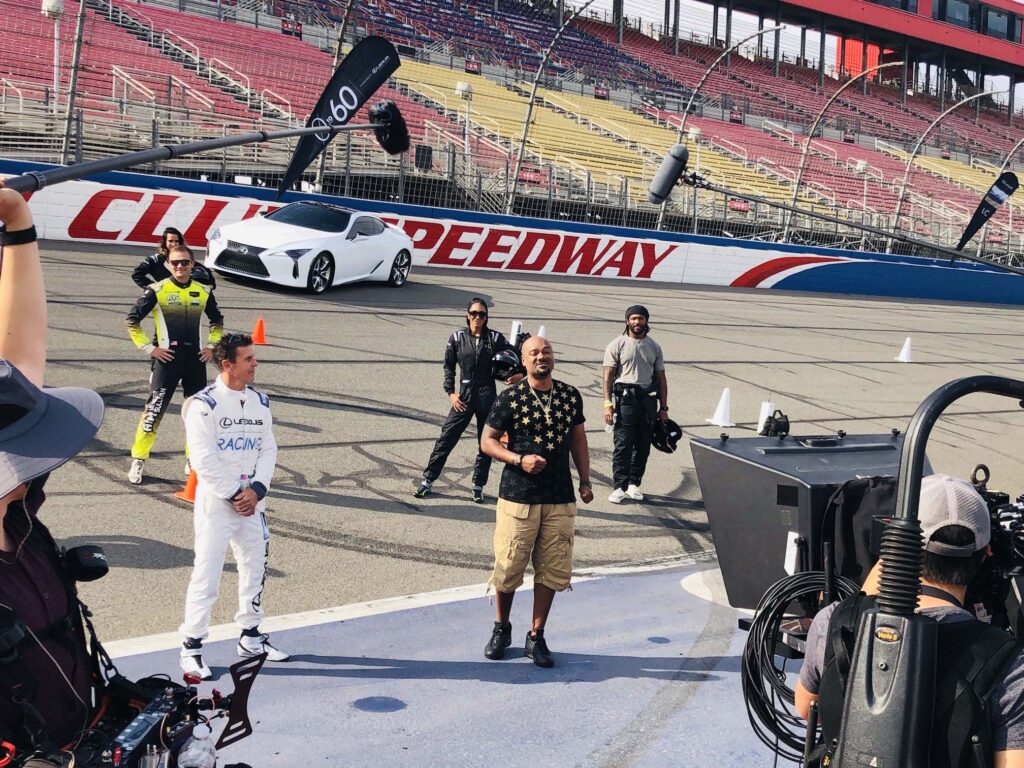 Starting at $39,000, the 2021 Lexus IS is sporty and sophisticated and represents another home run for the automaker. The IS 300 mainly rocks with a 2-liter Turbo I4 while the $42,900 IS 350 F SPORT gets down with a 3.5-liter naturally aspirated V6 that kicks out 311-horsepower and reaches a top speed of 143 mph. The F SPORT also rolls with 19” rims and features an available F SPORT Dynamic Handling Package. The feisty IS is reimagined with an aggressively sculpted exterior and a wider stance. Both models come in FWD and AWD platforms. But keep in mind that the IS is sporty, but not precisely a track vehicle. 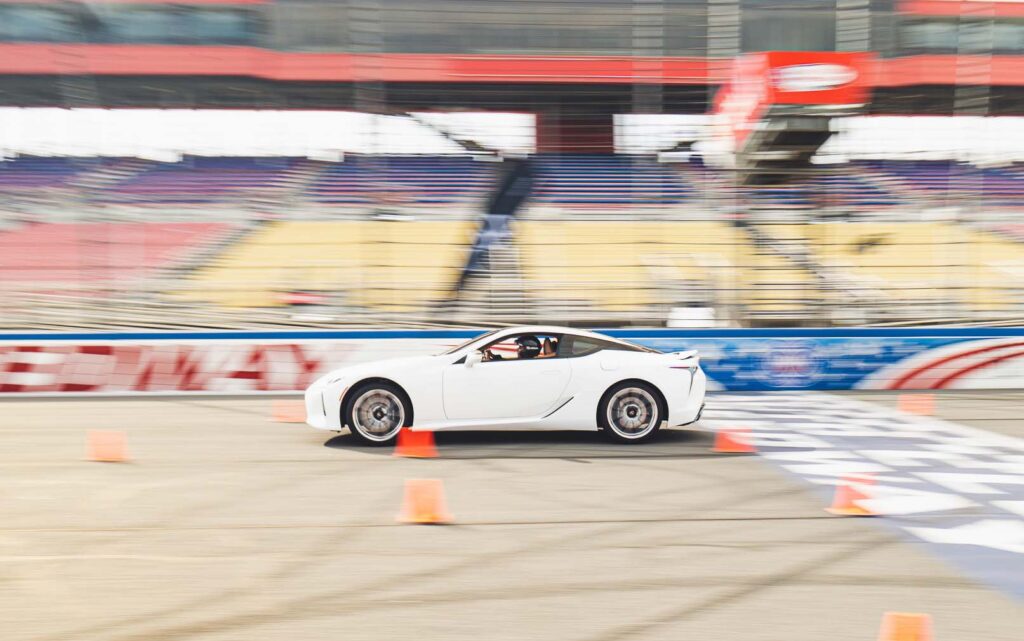 Not to be outdone, Lexus “F” models are the elevated derivatives of their base models and the formula that turns planes into jets. For starters, the thrill-seeking RWD RC F powered through turns with agility and sidewinded like snakes. With a Torque Vectoring Differential, F-Adaptive Variable Suspension, and Drive Mode Select, the RC F showcased superb handling during the challenges. The GT3-inspired super-coupe incorporates stability and aerodynamic racing technologies along with 19″ BBS rims wrapped in Michelin Pilot Super Sport 4S rubber. It’s enhanced by a naturally-aspirated 5-liter V8 pumping out 472-horsepower, standard Launch Control, 6-piston Brembo brakes, and flies 4.2 seconds in 0 to 60 mph.

The participants were ecstatic over the Lexus models and the head-to-head competition during the 2-day series. We can also agree that everyone praised the stalwart LC 500 featuring a naturally aspirated 5-liter V8 engine, 10-speed Direct-Shift transmission with magnesium paddle shifters, and staggered 20″ split-10-spoke cast alloy rims. It kicks out 471-horsepower and 398 lb-ft of torque at 4,800 rpm for a 0 to 60 sprint time of 4.4 seconds to help the Japanese coupe gallop valiantly around and between cones.