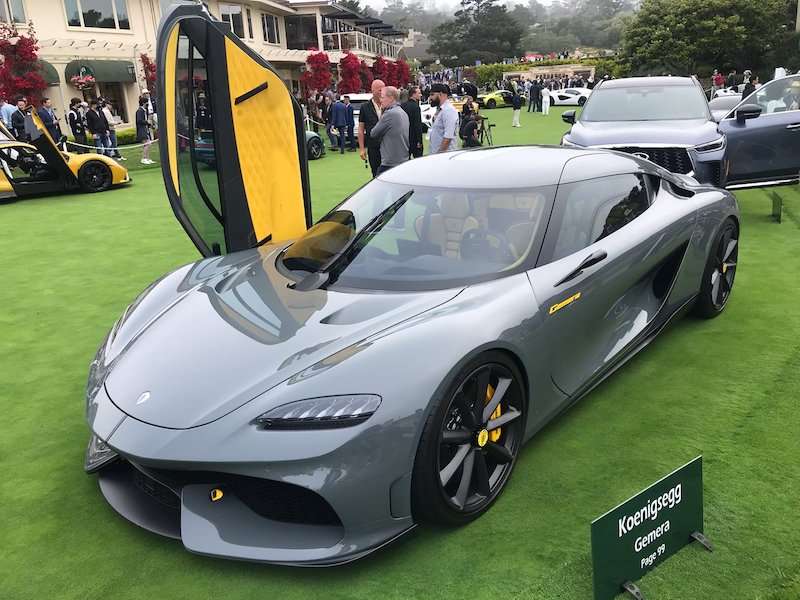 Monterey Car Week 2021 was probably the most quintessential moment for Koenigsegg CEO and founder Christian von Koenigsegg since the supercar automaker from Sweden was able to complete a hat trick by displaying at all three premiere events with a formidable constellation of his Mega-GTs. Focusing on the new four-seat AWD Koenigsegg Gemera and the Koenigsegg Jesko Absolut wind piercer, I was able to directly witness the positive impact of Christian’s presentations at The Quail: A Motorsports Gathering, a first-time display on the ramp at Pebble Beach, and of course a presence on the palatial Concept Lawn. 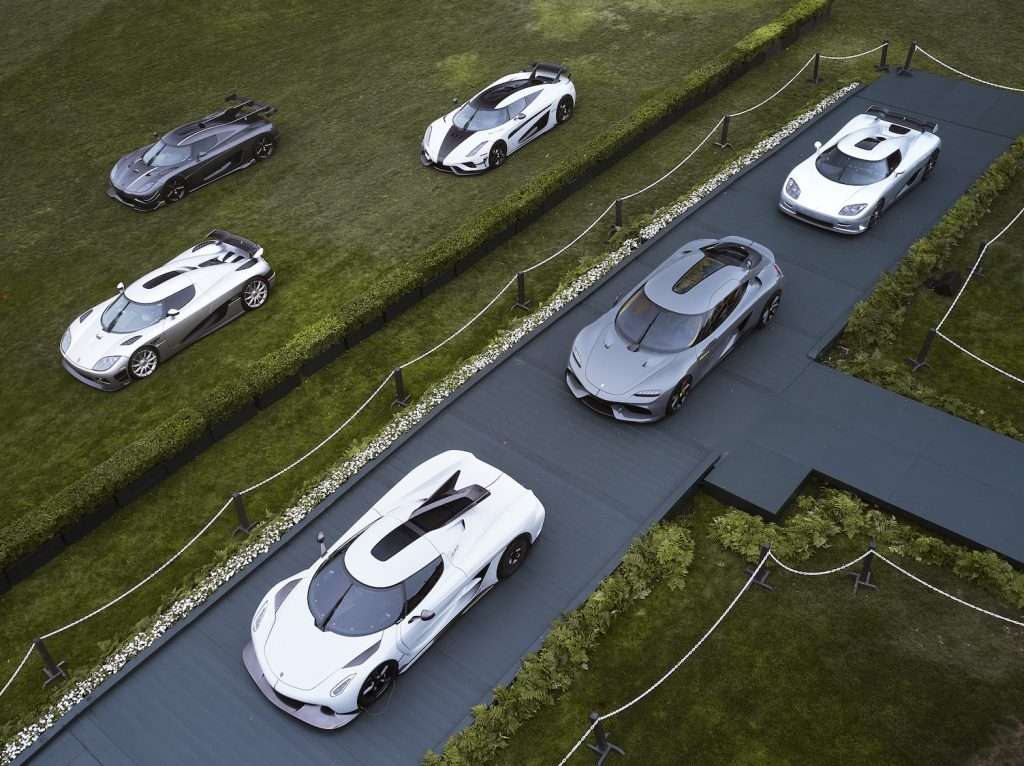 With the childhood dream of building his own supercar company, Mr. Koenigsegg’s magnetic personality most uniquely attracts automotive attention. For example, after several conversations over a few years, I observed that he does not boast about their speed records or anomalous design and performance techniques. Instead, he speaks passionately to share his knowledge of building sports cars with environmentally friendly footprints for global markets. In a country underrepresented within this vehicle category, Christian proceeded and founded the company in 1994 at just 22 years of age. His vision came to fruition in 2002 after eight years of “conceptualizing to development” of Koenigsegg’s first vehicle that claimed the record of “most powerful production car” in the world with 655-bhp at the time. 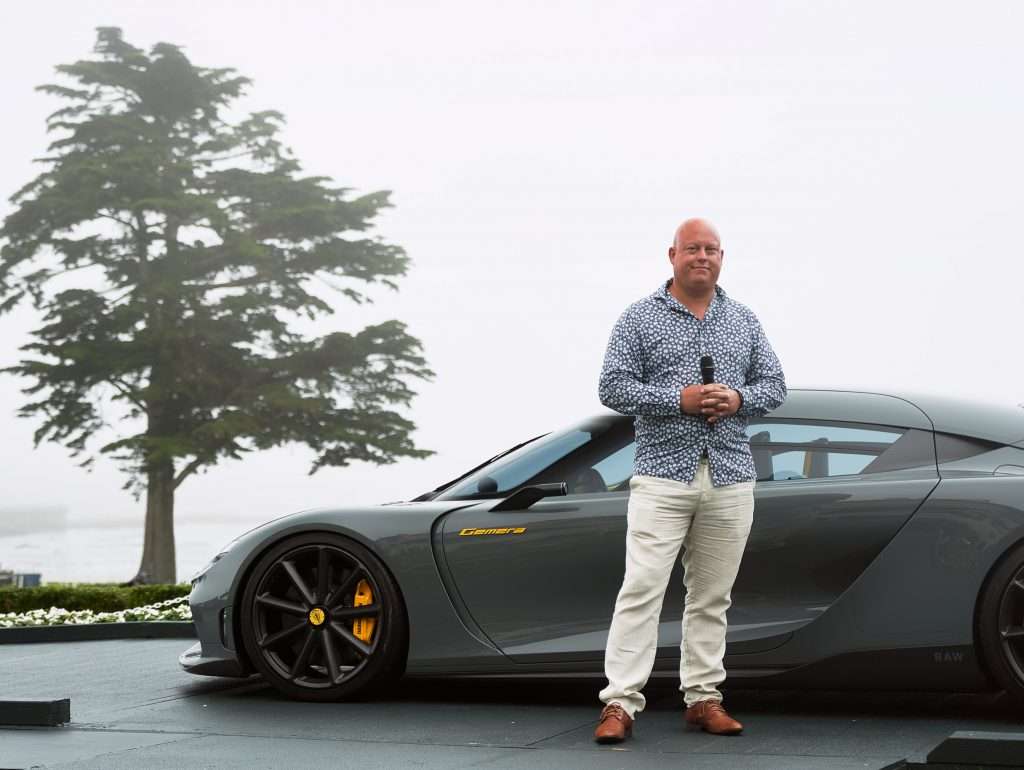 Now fast forward to Monterey Car Week 2021 featuring the hypnotically gorgeous Gemera which is instilled with various modalities of engineering ingenuity. Two of these include hollow 22” x 12” lightweight carbon-fiber wheels developed in-house and the Gemera’s magical ability to fit four carry-on luggage sets and four full adults. Gemera in Swedish means “to give more,” such as an almost 2,000-bhp hypercar that astonishingly blazes 0 to 60 mph in 1.9 seconds! 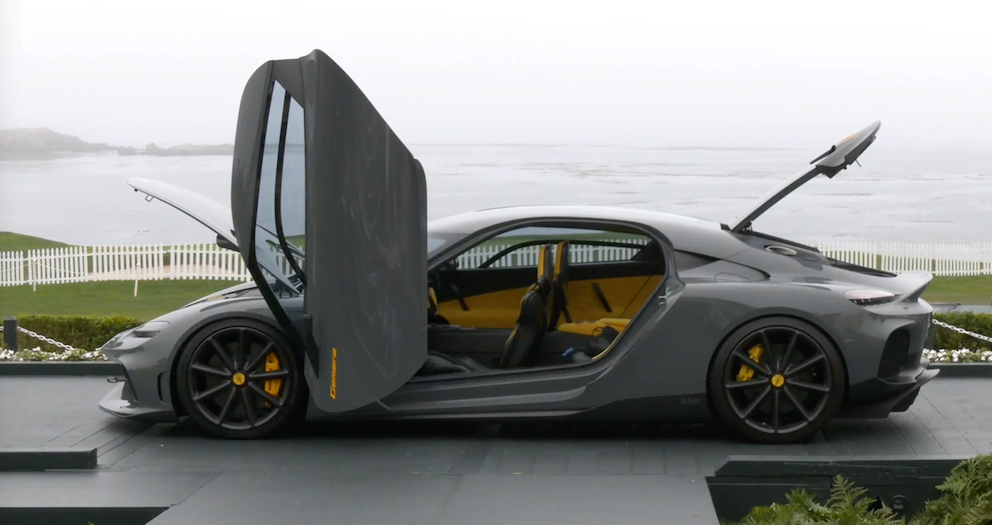 “Ultimate performance has belonged to the world of two-seaters with very limited luggage space – until now,” says CEO and founder Christian von Koenigsegg. “The Gemera is a completely new category of car where extreme megacar meets spacious interior and ultimate environmental consciousness. We call it Mega-GT.” 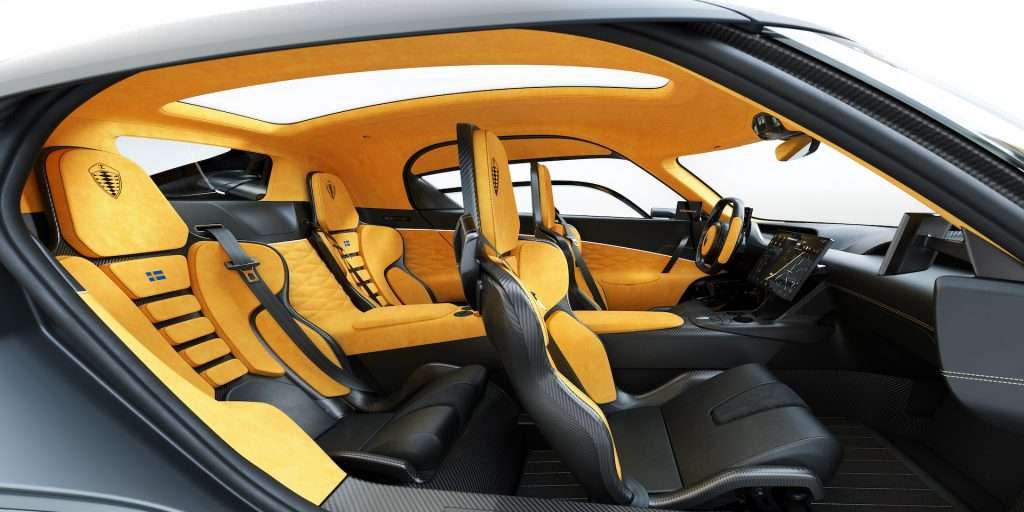 The idea of a four-seater manifested from his fatherly role and the desire to share drives simultaneously with the family. It features just one robotized Synchrohelix Actuation door on each side and is devoid of a B-pillar. The hybrid Gemera combines a typical combustion engine with three electric motors minus a standard transmission which they call Direct Drive. The environmentally friendly car provides owners with a cleaner conscious and more power from a new efficient 3-cylinder 2-liter twin-turbo with 600-bhp and 470 lb-ft of torque. Both rear wheels receive a 500-bhp electric motor, while the crankshaft pairs with an E-motor for an additional 400-bhp to mobilize the front axle. Four-wheel torque vectoring, all-wheel drive, four-wheel steering, pure electric mode, and energy regeneration are some of the Gemera’s tech attributes. Chief Designer, Sasha, stated that the vehicle’s proportions are like no other and would not have been possible if the megacar had been outfitted with a big V8 or 12, nor if it was fully electric with a massive battery. So, a hybrid was their preferred methodology to perpetuating performance success. The Gemera is limited to 300 production units. 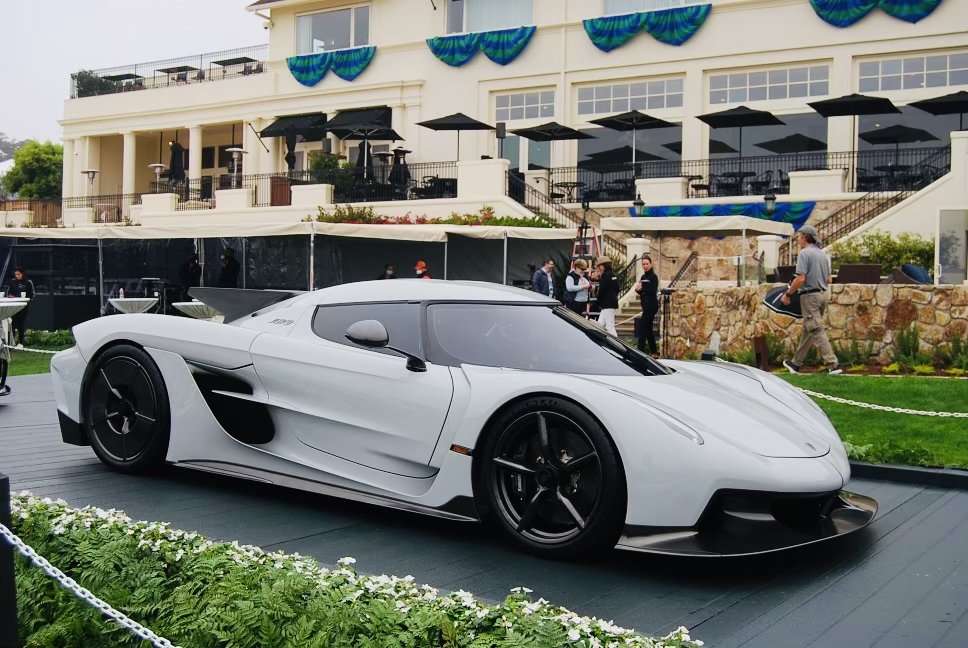 The other titillating Koenigsegg featured at Pebble Beach was the Jesko Absolut, the fastest top-speed vehicle the brand has ever made. Dubbed after Christian’s father, the hypercar was explicitly fabricated to reduce turbulence and increase high-speed stability. For this reason, designers replaced the rear wing found on the track-oriented Jesko and replaced it with dual rear hood fins that resemble two dolphins ziplining through freshwaters. In addition, the vehicle was stretched, and the front splitter and side winglets were removed. 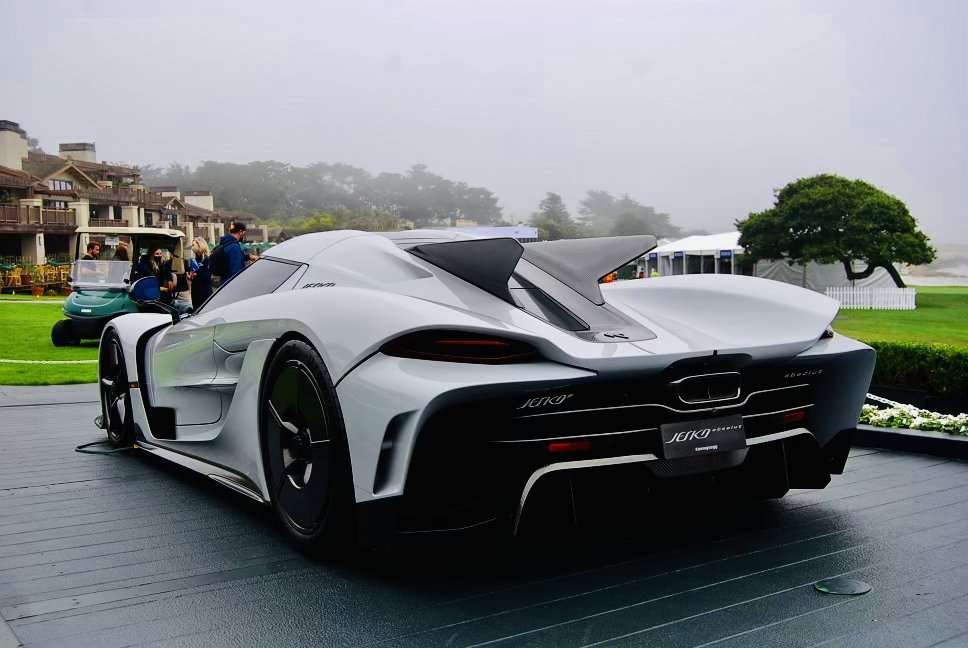 The carbon-fiber Jesko Absolut features a 1280 bhp (1600 bhp on E85) twin-turbocharged 5-liter V8 paired with a 9-speed multi-clutch Koenigsegg Light Speed Transmission (redlines at 8500 rpm) with superfast shifts akin to racing bikes, and a customed-tuned suspension similar to what is utilized in Formula 1 racing. The technical marvel’s top speed is north of 300 mph, which only 125 proud customers will experience. Imagine that! 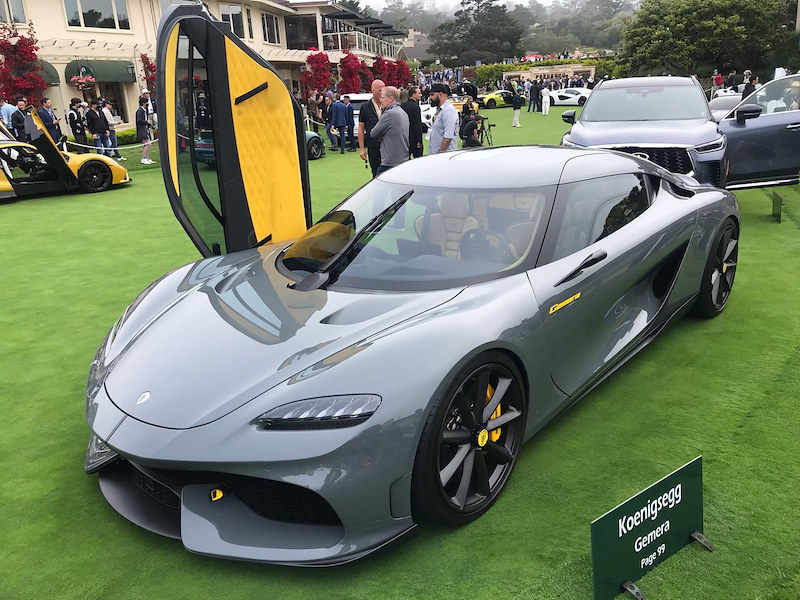