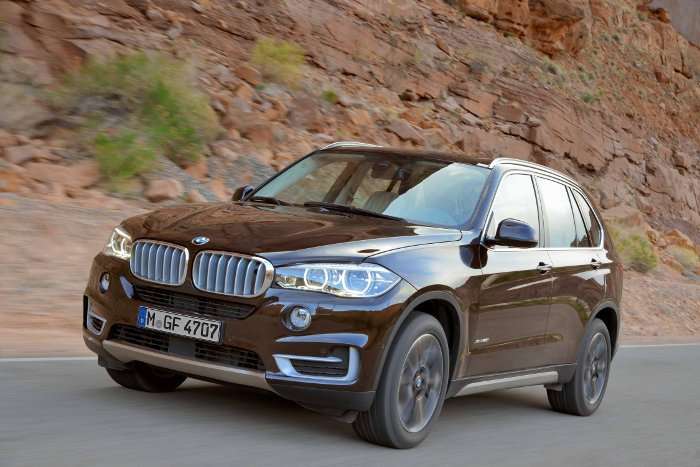 There’s an important corollary between meshing an all-terrain utility with the performance attributes of a sports sedan. The end result after 13 years of good business is the sale of 1.3 million copies worldwide (108,000 sold in 2012 alone) to satisfied households. As one of the most successful model lines for BMW, the X5 is very important to the economic accomplishments of the group. The X5 sets the tone for the rest of the “X” family, which collectively accounts for 1/3 of all BMW sales. 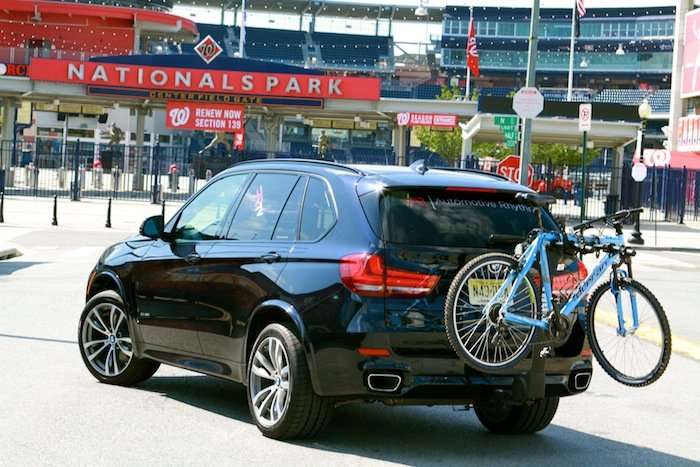 Launched in 1999, the X5 was coined a Sport Activity Vehicle (SAV) by BMW opposed to Sport Utility Vehicle (SUV) due to its superb dual personalities whereas the typical body-on-frame SUVs of that era were strictly all about utility. The X5 hit the ground running as the “Ultimate Driving Machine” with a penchant for hauling families and making frequent appearances at youth soccer fields and campgrounds. It was then updated in 2007 to much fanfare, again showing off remarkable off-road properties as well as setting racetracks afire with variants such as the X5 M. For the third generation 2014 X5, BMW set its sights on Vancouver, Canada to take advantage of Whistler Olympic Park and the active lifestyle of the British Columbian community.

The new X5 underwent a bevy of mechanical, technological, and design enhancements that were genuine to the SAV’s evolution. Larger and wider “kidney” grille air intakes, a more upright grille to meet European safety regulations, fog lights in the front apron, full LED L-shaped taillamps similar to all other BMW models, edgier wheels, and an updated 2-fold tailgate with a new power opening function define the exterior cues of the 2014 X5. The body sculpture was not radically adjusted because BMW didn’t want to mess with a good thing. You will also find “Aircurtains,” which feature air vents on the lower grille and embedded behind the front wheel well to improve airflow around the wheels opposed to being utilized for brake cooling. Again, the X5 is a SAV, so aerodynamics and fuel efficiency are important to its overall DNA. If you desire a modified X5 make sure to opt-in for the M Sports package which provides sizzling 20” alloy rims tucked in 315 section Dunlops, rocker panels, beefier rear and front aprons, all body-colored paneling, and unique accents inside. This is a cosmetic package only.

In the US BMW will essentially offer four X5 models with three engine variants such as the $52,800 RWD sDrive35i and the $55,100 xDrive35i with both being powered by their 3-liter TwinPower Turbo 6-cylinder; the $68,200 xDrive50i with a 4-liter TwinPower Turbo V8; and the $56,600 xDrive35d with a 3-liter TwinPower Turbo 6-cylinder diesel. In Vancouver, I was able to experience the V8 gasoline engine in the xDrive50i and the 6-cylinder diesel. Both of these models come standard with xDrive, BMW’s intelligent all-wheel drive platform that instills four season capabilities in the X5. With a novel xDrive status display shown on the stand-alone and center-mounted 10.2” monitor, owners are able to graphically witness the torque distribution of the vehicle. I found the demo interesting when we did some light off-roading at Whistler. Up and down gravel roads, over small rocks, and around slippery corners the X5 went without a qualm. Although I respect what diesel powertrains are able to accomplish in regards to mpg and power, I was really fond of the V8 gas engine. Mated to BMW’s 8-speed automatic transmission, I was simply astonished at its acceleration and power on demand at higher rpm when it was time to boogie to the airport. Put the SAV in “Sport” mode and use the paddle shifters, and you and the X5 become one as it reads your mind and executes tasks appropriately. Specifically, “Sport” changes throttle mapping, stiffens dampers, holds the gears longer, and offers more steering boost. When it began pouring cats and dogs, xDrive took over and my pace remained the same! The X5 can also be set in “Sport +,” “Comfort,” and the new “Eco Pro” mode. Note to self, “Sport +,” minimizes the traction control and puts more management responsibilities in the driver’s hand. I also fancied the wider, dual rectangular tail pipes on the 50i opposed to the smaller, circular pipes on the other two models.

The cockpit is where you certainly experience the radical refresh akin to BMW’s cars. Newer, premium materials such as wood, aluminum, and high gloss finishes comingle with meticulous technology componentry providing a tailored drive experience for both the driver and passengers. Cabin space is plentiful (cargo space has been increased) and every seating position is comfortable and relaxing except the 3rd row option which is a bit claustrophobic. Sunroofs are standard on all US models and the door switches are now located on the door. The illumination is a combination of contour and ambient lighting that can be set to various colors depending on your mood. The aforementioned 10.2” color display is home to the new iDrive and all of the SAV’s vehicle operations including but certainly not limited to: navigation, ConnectedDrive, TrafficJam, memo recorder, digital owner’s guide, vehicle settings, BMW Night Vision that now detects animals and people, all entertainment features, and SurroundView which is a 360 degree camera package that visually shows the silhouette of your vehicle and its location to the surrounding environment. If you’re reversing for example, the display will depict a graphic of the X5 and its position relative to other cars or objects around it. The rotary dial for iDrive is bigger and also doubles as a touch pad to write out commands. Unfortunately, iDrive’s software cannot be upgraded or retrofitted on prior models.

One of the more fortunate additions is BMW’s new partnership with Bang & Olufsen who introduced their new $4,500 high-end 16-speaker, 1200-watt Surround Sound system into the X5. Their revolutionary Acoustic Lens Technology (ALT) amplifies the sound in concert or studio form.

The 2014 X5 will arrive in dealers this fall with the diesel coming a bit later. The 2nd generation X5 diesel represented 25% of the sales mix so expect similar results with the 2014 model.