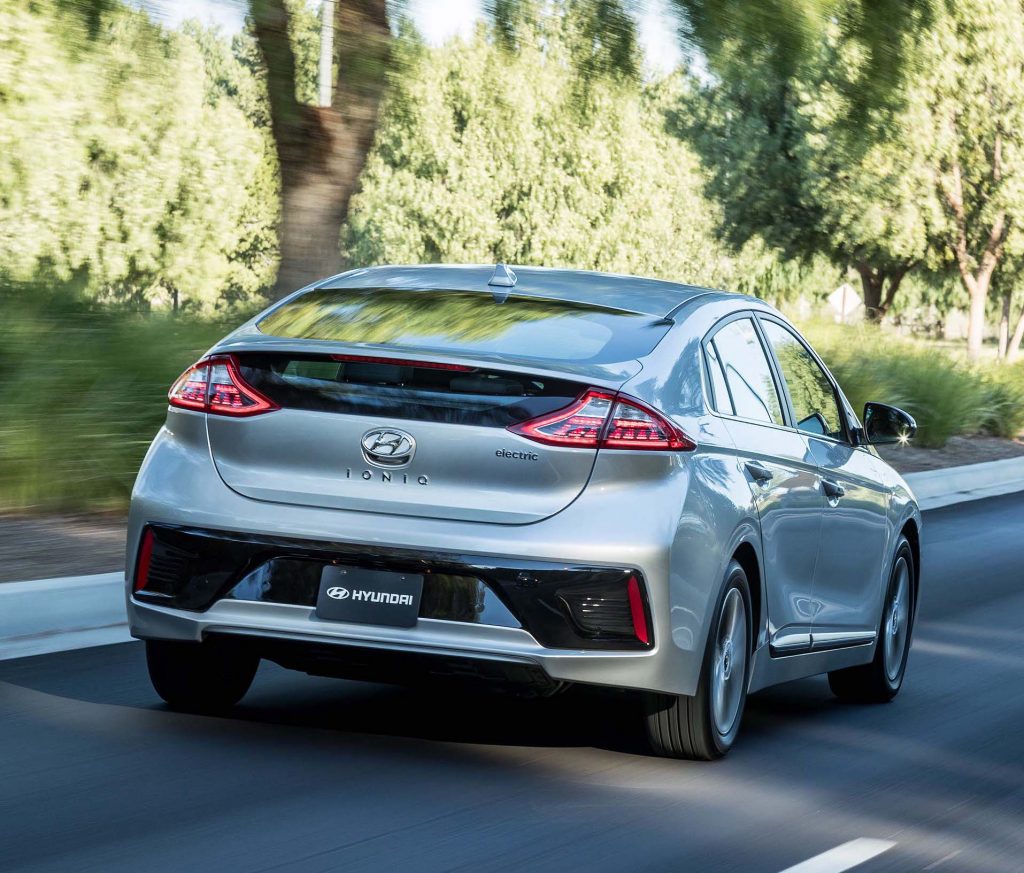 Looking for a show-stopping present for that special someone? Love the environment – and your car? Want to know which model year 2017 vehicle has the smallest environmental footprint? This Valentine’s Day, the answers to these questions are revealed in the 20th annual environmental ratings at greenercars.org, released by the American Council for an Energy-Efficient Economy.
The comprehensive website lists the year’s Greenest, Meanest, Greener Choices, and best-in-class vehicles. It features an informative, write-up on model year 2017 market trends, a consumer primer on vehicles and the environment, and advice on how to buy green when shopping for a new car or truck.
“Anyone buying a new car now has plenty of options for making an environmentally smart decision,” said Eric Junga, Transportation Research Analyst at ACEEE. “Whether you are looking to purchase the greenest car available, or the greenest vehicle for your needs such as a minivan, or simply stay away from the bottom of the list, greenercars.org can help you.”
The following vehicles comprise the Greenest List for 2017. Each car is given a whole number Green Score based on an environmental damage index (EDX), which estimates pollution from vehicle manufacturing, the production and distribution of fuel, and vehicle tailpipes.

The new midsize Hyundai Ioniq Electric tops the Greenest List with the highest-ever Green Score of 64, followed closely by the BMW i3. In the last 10 years, the top spot has been claimed only by compact or subcompact vehicles so Ioniq’s first place is quite a feat. The Ioniq is expected to hit the market initially with a 110-mile range, but Hyundai has already mentioned the possibility of a 200-plus-mile version in the future. A hybrid version of the Ioniq will also be available and scores comparably to other vehicles on the Greenest List.

Toyota’s Prius line performs exceedingly well once again, with the lithium-ion Prius Eco variant nabbing the third spot, while the new plug-in Prius Prime and Prius C claim spots 8 and 9. Two hybrid vehicles—the Honda Accord Hybrid and the Kia Niro Hybrid—claim 11th and 12th position. For the second consecutive year, the Greenest List is completely populated by plug-in and hybrid vehicles and contains no vehicle with solely an internal combustion engine. The Mitsubishi Mirage scores the highest of any purely gasoline-powered vehicle with a 58, narrowly missing a spot on this year’s list with a Green Score just below the Niro’s.
“For the second year in a row, plug-in electric vehicles—all-electrics and plug-in hybrids–dominate the Greenest List, proving that these vehicles are really coming into their own,” said Junga. “Even the all-electrics are associated with significant emissions, however, arising from vehicle production and the electricity used for charging. It’s notable that conventional hybrids continue to be environmentally competitive with the plug-ins, taking four of the Greenest slots.”
Vehicles new to the list this year are the much anticipated Chevrolet Bolt and the new Honda Accord Hybrid, which claim the 6th and 11th spots respectively. The Bolt is the first EV with a range of more than 200 miles to make the Greenest List, and at $29,995 after federal tax credits, it opens the EV market to more buyers. The Honda Accord Hybrid, on hiatus last year, claims class-leading fuel economy with modest improvements over its predecessor. Once again this year, a diverse array of manufacturers is represented among the top 12 vehicles.

Greenercars.org also identifies practical options in each class among the top widely available, automatic transmission, petroleum-fueled models, because many of the vehicles on the Greenest list are not widely available or may not meet the needs of every individual. The Greener Choices list includes trucks and SUVs, such as the Chevrolet Colorado diesel and Honda CR-V. The new Chrysler Pacifica fills the slot for vans on the Greener Choices list and is accompanied on the market this year by a new plug-in hybrid version, which earns an impressive score of 49, better than many compact cars. The gasoline-powered smart fortwo coupe and Toyota Yaris iA top their respective car classes, scoring just below the vehicles on the Greenest List. As the list demonstrates, consumers can make greener choices whatever their vehicle needs. The Big Three American automakers claimed five of the 12 Greener Choices spots:

Greenercars.org provides the facts necessary to examine the environmental performance of any 2017 model. Each vehicle is assigned a Green Score, a single measure that incorporates lifecycle greenhouse gas and criteria pollutant emissions. Updates to this year’s methodology include new estimates of emissions from a decrease in gasoline sulfur content as well as adjustments to electricity emissions factors.

Greenercars.org also provides a Meanest List, comprised this year as usual by large SUVs, heavier medium-duty vehicles and European luxury cars that are the least friendly to the environment.

Green Scores of the 1,000+ configurations of all model year 2017 vehicles are available for free in the greenercars.org interactive database, along with each configuration’s fuel economy, health-related pollution impacts, and greenhouse gas emissions. Visitors to the database can also build custom lists for comparing vehicles.
For interview requests and reprintable graphics of the Greenest, Greener Choices, and Meanest lists, media should contact Patrick Kiker at 202.507.4043, pkiker@aceee.org.

About ACEEE: The American Council for an Energy-Efficient Economy acts as a catalyst to advance energy efficiency policies, programs, technologies, investments, and behaviors. For information about ACEEE and its programs, publications, and conferences, visit aceee.org