Finding New Roads in the 2016 Chevy Camaro: San Jose to the City of Angels 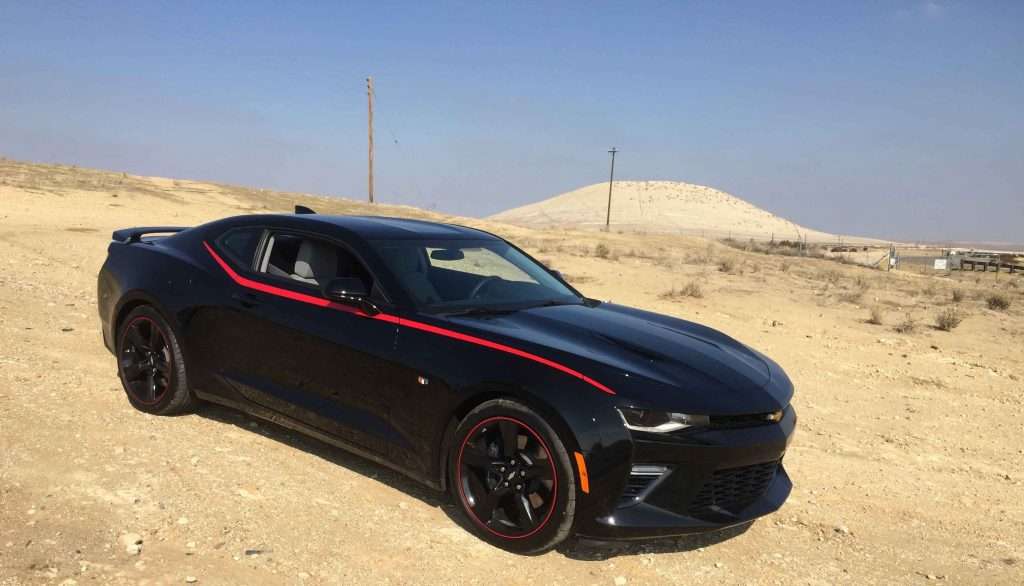 It’s quite evident that I’m in love with the West Coast, and always have been since my first trip to Los Angeles, California sophomore year of college to visit a newfangled girlfriend. I was in awe with the beach life, creative expressions, laidback personas and eclectic nightlife. Ever since that innocent journey I must have returned to the Golden State at least another 100 times in the past 20 years enjoying cities and towns such as Nappa Valley, San Francisco, Pasadena, Dana Point, La Jolla, Palo Alto, Pebble Beach, Oakland, Fresno, San Diego, Anaheim, Laguna Beach, Santa Barbara, Newport Beach, Sacramento and many more; which are in addition to earth warming hallmark discoveries like the Redwood Forest, the Sierra Nevada Mountains and the Arid Mojave Desert.

So of course I was ecstatic to join Chevrolet on their Find New Roads expedition in the 2016 Camaro. The goal of the nomadic drive was to help them reach all 48 contiguous states in the 6th generation muscle car. Media were given a choice of various drive legs to discover. I began the journey from the upbeat metropolis of San Jose, the Capital of Silicon Valley, which is 45 minutes south of San Francisco International Airport where I landed after a cross-country flight from my home state of Maryland. Representing the third largest city in California there was much to explore on day 1. Yet, I was in training for an 11-mile, 19-obstacle Urbanathlon race in San Francisco with Men’s Health Magazine so the gym at the Marriot and a delectable veggie grub at Good Karma Vegan Deli to refuel were the only two initial items on my agenda before hitting the road. A good night’s rest was up next in preparation for a long day while unearthing unfamiliar towns, cultures, landmarks and people along coastal Route 1 and the 101.

Boom! The car selection process was randomized from a key drawing with choices ranging from V6s and V8s to manuals and automatics. Though, there was one American beast in particular that everyone had their eyes on. It was a tantalizing Jet Black Camaro SS with the $470 Red Stripe Package and matching 20” Black “Starfish” Machined Face Aluminum rims ($200), Magnetic Ride Control ($1,695), Chevrolet MyLink Radio with Navigation featuring Apple CarPlay ($495) and of course the monstrous 6.2-liter Direct Injected V8 with 455 American horses and 455 lb.-ft. of torque. With a bevy of packages, options and technologies the SS weighed in at $46,050 but started at $42,295. In total there are six powertrain amalgamations including the 3.6-liter V6 with 335 horses. My Camaro was paired to Chevy’s 6-speed manual with Active Rev Matching paddles located on the robust and race-inspired, flat-bottom steering wheel. Its brakes are from Brembo, the Eagle F1 staggered Asymmetric rubber (275/35ZR20 rear and 245/40ZR20 front) is provided by Goodyear, the front suspension is of the MacPherson strut variety and the electric steering is rack-mounted and power-assisted. Indeed it was time to ride out in style! 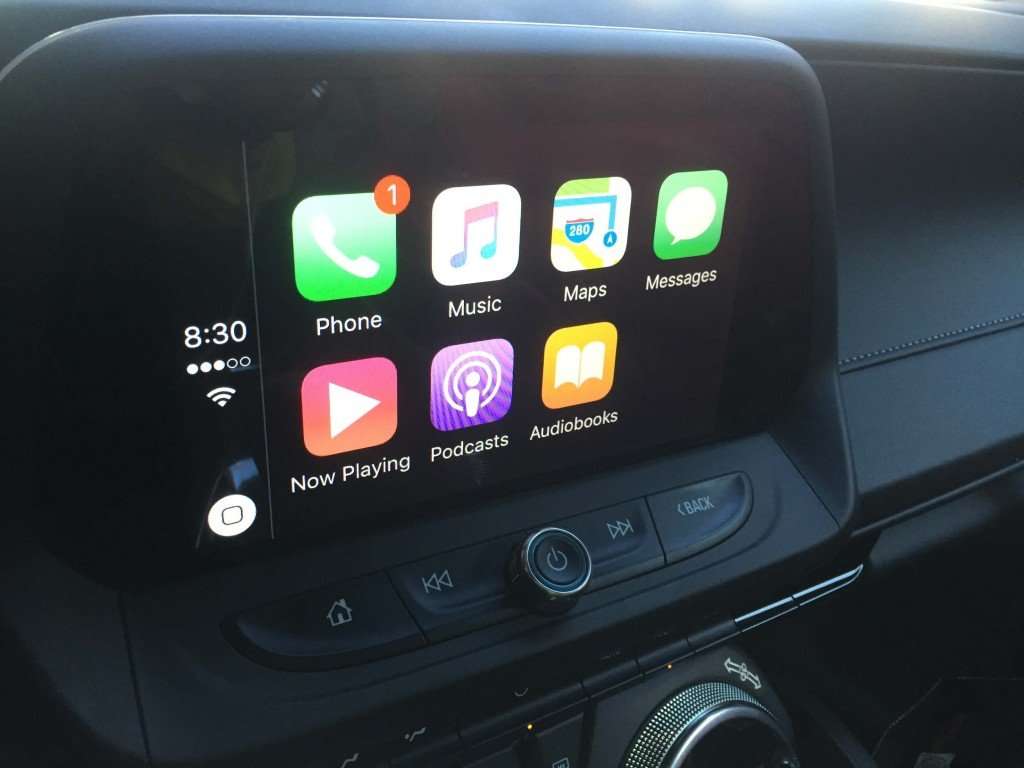 I dialed up OnStar 4G LTE with Wi-Fi to set the first destination, Monopoly Park, and inquire about a smoothie spot to fill up on. Then I linked up my phone to Apple CarPlay through the 8” touchscreen so I could jam out to Bob Marley for the next few hundred miles. I set the new Drive Mode Selector to Tour mode since the morning was still young. Snow/Ice, Sport and Track are your other choices. A few revs out of the drive way gave me an indication of the 4-second 0-60 mph performance of the Camaro SS. Though, I kept it chill for a while.

Road trips are meditational and allow me the quiet time needed to process cognitive thought for decision-making. In fact I manifested so many solutions in the updated cockpit of the Camaro that I needed my voice recorder to resort back to. I love the tech integration and connectivity capabilities of the vehicle. It feels more like an everyday driver’s car opposed to a weekend dragster only. OnStar became my best friend as I tapped the Blue button more than a few times to book my hotel, find vegan grub in unacquainted townships and direct me to specific parks and beaches. Though, I’m not a fan of the basic Turn-by-Turn directions they send to your vehicle. I decided to stick with Apple Maps through CarPlay.

After leaving San Jose I took Highway 5 south for a while to become acquainted with all aspects of the Camaro. I was so into the vehicle that I didn’t realize how many people were giving me the thumbs up. Well, it did resemble KITT and I did feel like Michael Knight. Albeit, replace the custom, superpowered Trans-Am that burns 300 miles an hour with a leaner, stiffer and faster Camaro SS that completes the quarter mile in 12.3 seconds and driven by a younger, urban kid from the city. “For Camaro enthusiasts, it retains iconic design cues and offers even more performance,” said Mark Reuss, General Motors Executive Vice President of Product. “For a new generation of buyers, the 2016 Camaro incorporates our most innovative engineering ideas with finely honed performance and leading design.” 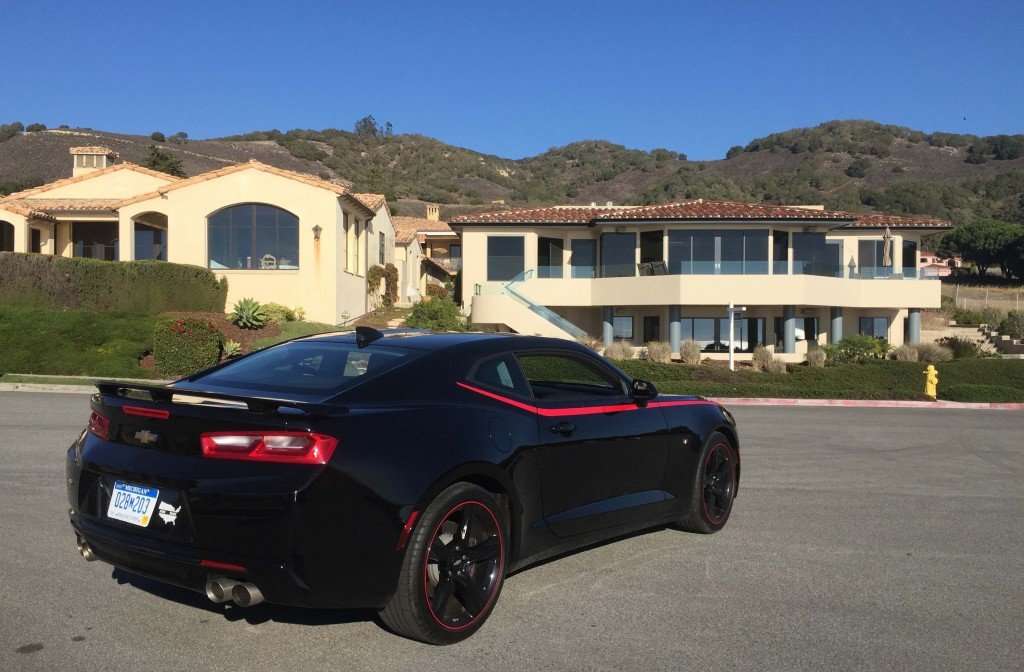 After 75 miles or so on the highway I jumped on the 101 to explore some of the unique sites Cali had to offer. I stopped in fruit barns, got lost in rustic municipalities, played on snake coiled back roads and took deep breathes from the mountainous, ocean air. I was in no rush and had no specific path in route to LA. It was all about me, and the Camaro of course. For lunch I popped into Dolce Galleria in Paso Robles. It was the most interesting restaurant ever being that they sold antique furniture while serving fine cuisines. I ordered an organic avocado and arugula salad and then hit the road again. Also I only had to fill up the 19-gallon tank once.

With each 100-mile mark I became more familiar and comfortable with the SS. It began to feel like mines! The two large oscillating vents for example are operated by rotating the outside ring, which is one of the coolest HVAC controls I’ve witnessed yet. Also, the Interior Spectrum Lighting can showcase 24 unique ambient lighting effects on the door panels, center console and dash. And a rear back-up camera is always ideal for trucks and muscle cars where visibility can be limited.

I watched the sun set at the beach just south after passing through Santa Barbara. Palm trees, cool ocean breezes and the beauty of life took me to my happy and most spiritual place. This is why I love California. May last two hours through Malibu Canyon Road and then Santa Monica were peaceful at best. The Find New Roads trip in the 2016 Camaro is my most memorable West Coast journey yet. Thank you Chevy for the good times!