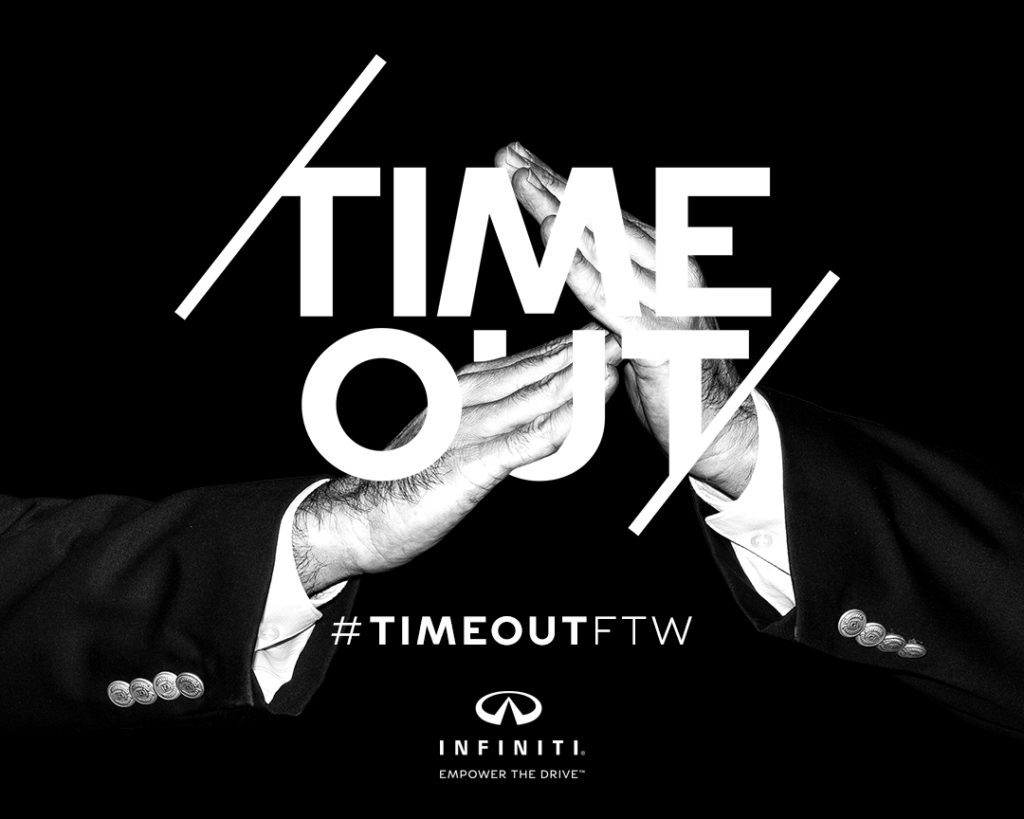 INFINITI enters NCAA basketball’s most exciting and competitive season with a new campaign that asks coaches, students, alumni and fans to participate in defeating everyone’s rival – cancer – by taking a “timeout for the win” (#TIMEOUTFTW).

The INFINITI campaign comes to life through partnerships with the National Association of Basketball Coaches (NABC), NCAA, ESPN, and the American Cancer Society. Between Jan. 14 and March 11, 48 NCAA Division I men’s basketball coaches will compete for fan votes to win the bragging rights and the highest percentage of the $600,000 INFINITI will donate to Coaches vs. Cancer, a nationwide collaboration between the American Cancer Society and the NABC.

“Men’s basketball coaches know that timeouts can be crucial factors in winning games and they also know that the INFINITI ‘timeout for the win’ campaign is critical in winning the battle to cure cancer,” said Jim Haney, NABC Executive Director. “We are extremely grateful to have the continued generosity of INFINITI and hope that college basketball fans across America will take part and vote to support their teams and coaches.”

The competition harnesses the competitive nature of fans, schools and coaches so that, regardless of their biggest on-court rivals, everyone comes together in the fight against cancer. While only one coach will earn the ultimate bragging rights, INFINITI has guaranteed a total donation of $1 million to the American Cancer Society at the season’s end.

“All of us at the American Cancer Society and Coaches vs. Cancer are excited for this expanded partnership with INFINITI. Coaches around the country have been impacted by cancer and together with their teams and fans are truly helping us attack this disease from every angle,” said Sharon Byers, Chief Development, Marketing and Communications Officer for the American Cancer Society. “This campaign and the support of INFINITI will help us save more lives from cancer, and we deeply appreciate this commitment to fight our biggest rival.”

Throughout the two months, fans will determine the winner by voting at www.infinititimeout.com. Fans can also cast additional votes on social media by posting a photo of them taking a timeout and including #TIMEOUTFTW with their coach’s social handle or the hashtag: #CoachFirstNameLastName.

“Now in our ninth year in partnership with the NABC, NCAA and ESPN, we look forward to another successful season of raising money for the American Cancer Society,” said Phil O’Connor, Director, INFINITI Marketing Communications and Media. “We encourage fans to take a timeout from their daily lives to vote for their favorite coaches in this friendly competition that supports the fight against cancer.”

The challenge is also promoted across ESPN digital and broadcast networks including ESPN, ESPN2, ESPN.com and several social media platforms.