Kia & the NBA: Kobe Takes on the Washington Wizards 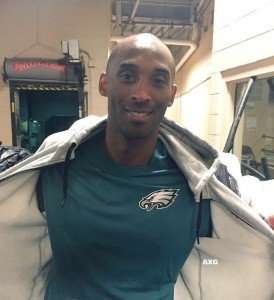 Thanks to Kia Motors my wife Misa Rawlins and I were invited to see the Lakers take on the Washington Wizards last night in the District of Columbia. Since Kobe Bryant just announced that this will be his last season as a member of the Los Angeles Lakers, the narrative of the shooting guard’s NBA career has changed precipitously from a declining superstar to a retiring legend. The farewell tour is in full effect and began with parting gifts from the 76ers during a home game with Julius Erving this past Tuesday. And of course arenas have increased ticket prices to see the basketball outlier perform one last time in the flesh.

The entertaining evening in the Kia suite was fun-filled as we joined some of our media colleagues in attendance. All of a sudden the topic of discussion was not based on how many games Stephen Curry and the Golden State Warriors will win before taking a lost or who will be this season’s MVP, nor even the cold weather fans and players will experience in Toronto for the All-Star game in February. In fact, rarely did we even mention either of Kia’s pro basketball ambassadors Lebron James and Blake Griffin. Not to discredit any of their great work, but Kobe just has us all – media and fans alike – caught up in a feeding frenzy. Actually, I just found out that #24 is a fellow Eagles fan after he wore a Bird Gang shirt during postgame interviews. But I should have known that since he hails from the City of Brotherly Love.

I love date night with my lady; who doesn’t? After a long flight from Arizona I rushed home to gear up, wash the Automotive Rhythms long-term 2016 Kia Sorento SUV and take Misa to the game with Kia and friends. It was befitting since Kia is the NBA Official Automotive Partner while their Optima sports sedan is the Official Vehicle of the NBA. Lebron, an 11-time NBA All-Star, has lifted the profile of their luxuriant K900 Touring Sedan while Griffin doubles as their action and comedic hero in a series of Optima commercials including the latest “In The Zone” spots. “I was a Kia K900 driver and fan before we decided to become partners, so I’m really excited to be Kia’s first-ever luxury ambassador,” stated James. Griffin, a 5-time NBA All-Star and Slam Dunk Champion, has been down with team Kia since 2011. 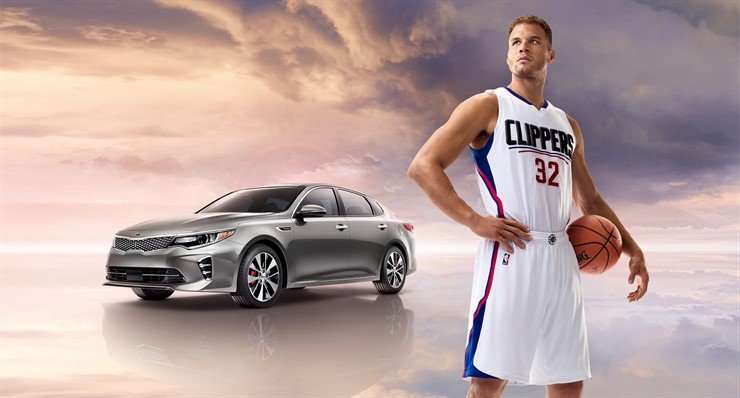 “Blake Griffin is a powerful force both on and off the court, and as a brand ambassador, he has helped raise Kia’s profile during our rapid transformation over the last few years,” said Tim Chaney, vice president of marketing communications, KMA. “Our partnership with Blake has played a significant role in Kia becoming the most recognized automotive brand among basketball fans across the country, and in this new campaign he’s back and better than ever with his distinctive deadpan humor.” 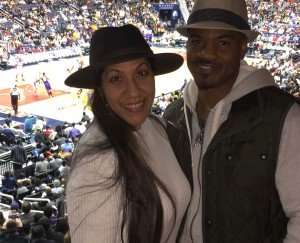 Ovations and chants were directed towards Kobe throughout the game, especially towards the end as he finished 10/24 for 31 points. Throughout his magnificent career he set the bar high and left us with some memorable highlights including behind-the-back 360 dunks over taller opponents. So there goes the Michael to Kobe comparison once again. A touchstone for younger players, the Philly phenom set us straight. “I don’t want to be the next Michael Jordan, I only want to be Kobe Bryant.” Poignant!

On the cusp of stardom since leaving high school for the National Basketball Association, I’ve been a supportive fan of his game from beginning to end. However, he’s no Michael Jordan!