New Audi A8 to Make Its Debut in ‘Spider-Man: Homecoming’ 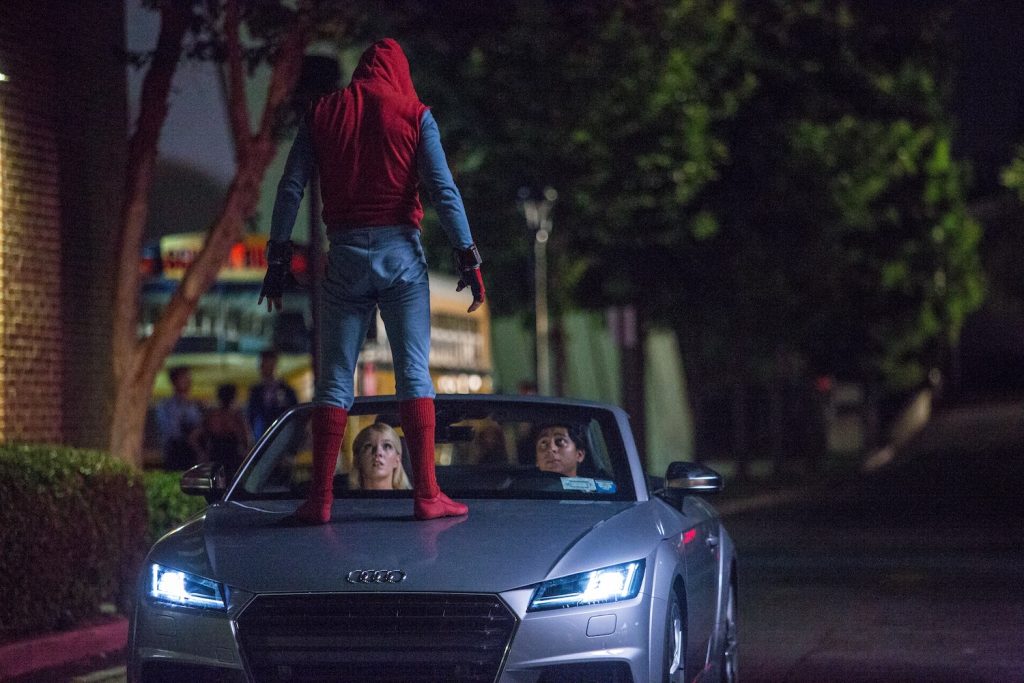 Movie fans worldwide will get an exclusive first look at the new Audi A8. The luxury sedan can be seen for the first time on-screen with the debut of ‘Spider-Man: Homecoming,’ in US theaters on July 7.
Making its film debut, the Audi A8 features the latest in future Audi AI technology, including the Audi AI traffic jam pilot used by ‘Happy Hogan’ while chauffeuring ‘Peter Parker’ (Tom Holland). While driving, ‘Happy’ takes his hands off the steering wheel and, like magic, it continues to turn all on its own. Under certain conditions, Audi AI traffic jam pilot will allow the A8 to take over the task of driving for short periods of time when the feature is activated.
As part of the partnership, Audi released exclusive content including a digital short titled “Driver’s Test,” audi.us/SpiderMan featuring actor Tom Holland and comedian J.B. Smoove. The short follows Peter Parker as he prepares to take his driver’s test and J.B. Smoove, the classically naive instructor. While driving an Audi prototype, Peter notices a bank robbery in progress and uses Audi AI technology to help him fight crime, leaving the instructor none the wiser of Spidey’s quick exit.
Back on the big screen, Audi is a familiar brand to this franchise’s audience. This film will feature additional Audi models including ‘Tony Stark’ in the well-known Audi R8 V10 Spyder – a vehicle recognized for its sleek design, incomparable technology and trusted performance. The Audi TTS Roadster also makes a guest appearance with Peter Parker behind the wheel.
“With ‘Spiderman-Man: Homecoming’ and our continued partnership with Marvel, we have the opportunity to reach the next generation of both superheroes and innovators,” said Loren Angelo, Vice President of Marketing, Audi of America. “At Audi, we are constantly redefining what superpowers are through our vehicles and this partnership and platform provide an organic way for us to showcase select current and future Audi Intelligent Technologies to that next generation audience that will be behind the wheel of our next generation models.”

Tags: New Audi A8 to Make Its Debut in ‘Spider-Man: Homecoming’