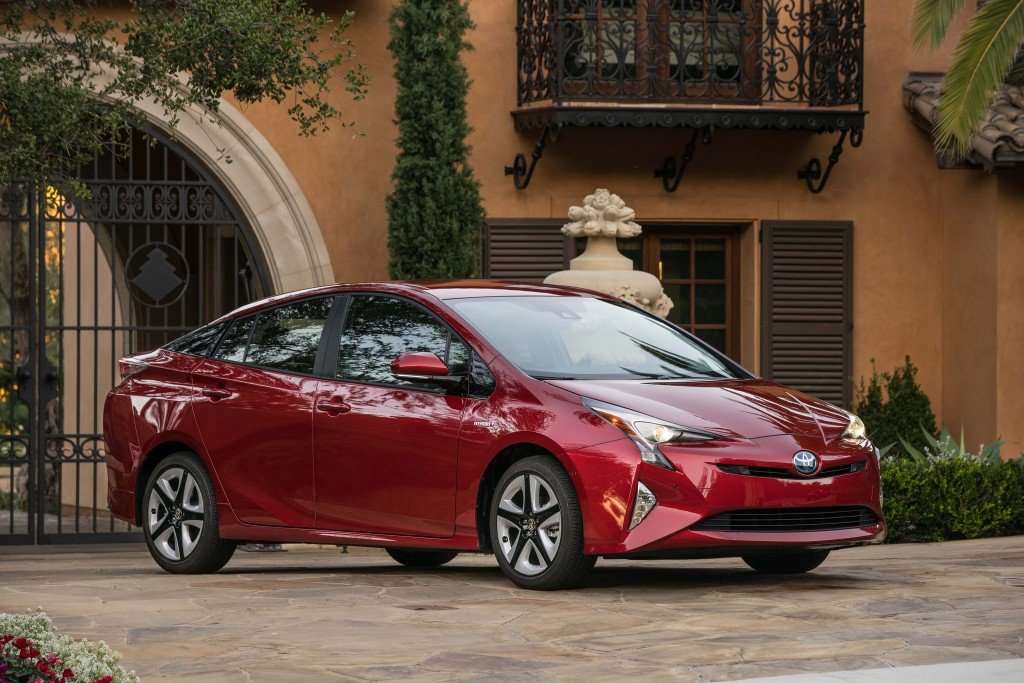 Oil prices are currently down from historical highs which could prevent a mass exodus of auto consumers from switching over from gas guzzling SUVs and large sedans to eco-friendly electric cars and hybrids. But that’s ok because society in general has become more aware and enlightened on factors that make earth and its resources more sustainable which is a far bigger concern in my opinion than mileage averages. Though, Toyota, a forerunner in this department is far ahead of the curve and has been for quite some time now.

Now in its fourth generation, the 2016 Prius is .6” wider, .8” lower, 2.4” longer and bolder than ever before and features an interior that offers more room stemming from the newfangled dimensions. To get a better read on the autoganic Japanese hatchback and the country’s best–selling hybrid vehicle, team Automotive Rhythms headed to Dana Point, California on the wake of the 2015 LA Auto Show for test drives, technical presentations and one-on-one time with Toyota executives.

“This Prius will invite new drivers into the category by delivering an impressive look and feel, built on the foundation of safety and eco-consciousness that define the vehicle’s heritage,” said Bill Fay, group vice president and general manager, Toyota Division. Yes, Bill is on point since the Prius is enhanced with Toyota Safety Sense and omnipresent airbags including those to protect the knee during impact. Safety Sense is a progressive and advanced, preventative safety technology package inclusive of Pre-collision System (PCS) with Pedestrian Detection (PD), Lane Departure Alert (LDA) with Steering Assist (SA), Automatic High-beam (AHB) and Full-Speed Dynamic Radar Cruise Control (DRCC) which can actually bring the vehicle to a full halt if needed. Toyota demonstrated DRCC on a track course to ascertain I was a true believer of their innovative safety developments. Typically you would expect this level of preventative safety in a Lexus. 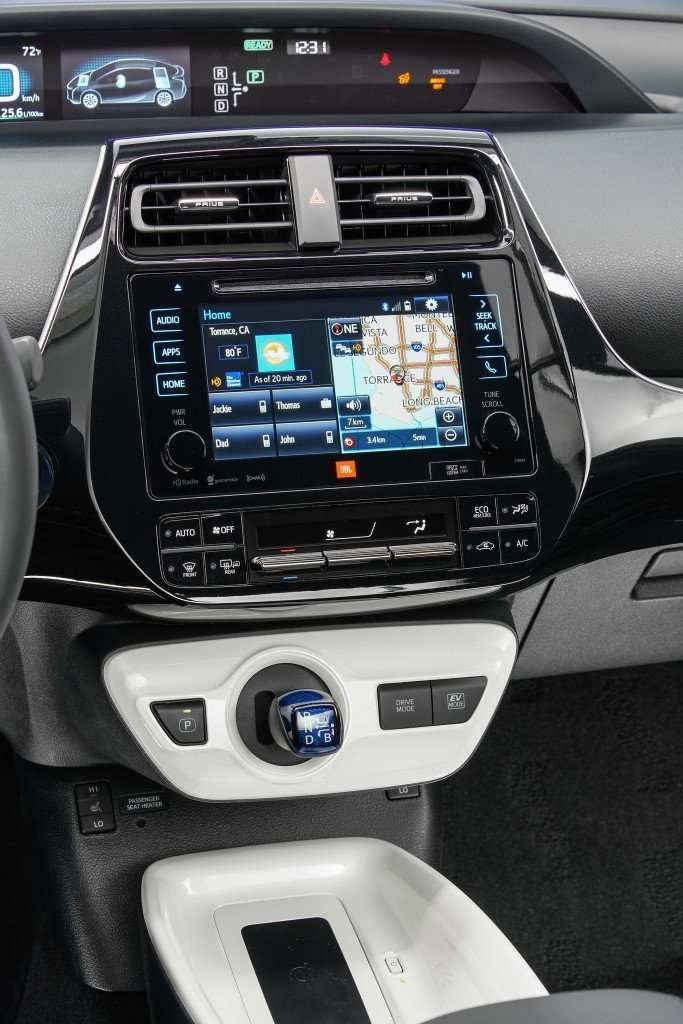 Introduced worldwide in 2000, the Prius traditionally has provided outstanding fuel economy for its proud owners. Toyota says the 2016 model will see an average increase of 10% to about 52 mpg combined (54 city) due to a lighter and more efficient hybrid system while a novel Eco model will achieve 56 mpg combined (58 city) from better aerodynamic optics. Since sales are down from last year this just may be the play call to get loyalists back in the game. Especially since history has a way of repeating itself. Soon enough gas prices will rise again and hybrids and EVs will become the hot topic of discussion.

Stylistically the little Prius appears to have adopted some of the edgy and aggressive design traits of the Lexus brand. Attraction comes from sharp and large vertical taillamps and an aggressive front fascia which is emphasized with LED headlamps and a glimmering Toyota logo outlined in Blue. The “Blue for energy” hue also shows up in the interior such as the stitching, ignition starter and vents. Strong lines, a lowered rear spoiler and two-toned Frisbee rims on the Hypersonic Red (seven exterior colors to choose from) body are a nice touch and give the hybrid additional character.

Inside, the cabin is reminiscent of something RSD2 would take enjoyment with. A large LCD screen featuring various Apps, a joystick drive unit, multi-functional steering wheel, a JBL audio system and a centered but oddly placed digital information display are a few of the virtuous cabin elements. You may or may not like the premium white ornamentation which Toyota says is similar to fine bone china. I do not like it. Some models have Qi-compatible wireless cellphone charging as well. A 4.2” color dual multi-information display (MID) allows touchscreen operations of the navigation, energy stats, weather, traffic, phone, audio and much more. The little guy even comes with an integrated back-up camera which is much needed since the spilt hatch window impedes visibility. But of course I would need to upgrade to the Entune Premium JBL audio package with GreenEdge and the larger 7” display. How fitting is that? GreenEdge uses half the energy required to produce twice the power — with audio componentry that is lighter and smaller — and takes up less interior space without disproportionately affecting your listening experience.

Starting at $24,200 with an $835 destination charge, the front-wheel-drive Prius is offered in six models — Prius Two, Prius Two Eco, Prius Three, Prius Three Touring, Prius Four and the Prius Four Touring — and powered by a 1.8-liter 4-cylinder gasoline engine and two electric motors/generators (121-horsepower total) which are charged by a Lithium-Ion (Li-Ion) battery (excluding the Prius Two non-Eco grade). A little juice can also be received from brake regeneration (Electronically Controlled Brake System). The battery has been moved under the seats for greater storage in the rear. Its on-center steering is nobler, the body rigidity has been increased by 60% and a new double-wishbone rear suspension allows for a little performance as we witnessed through a handling course Toyota set-up to showcase the maneuverability of the Prius at higher speeds.

Thus far I like what I’m seeing and feeling. Expect the 2016 Toyota Prius on the streets early next year.