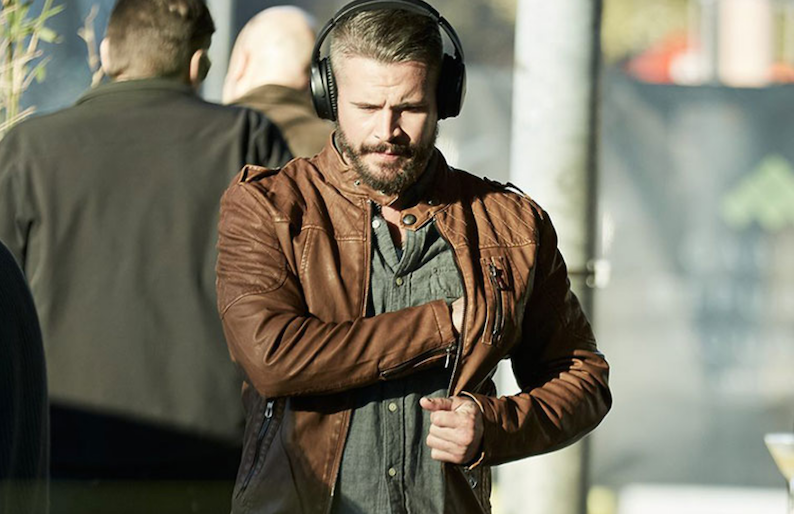 You could say I live in the friendly skies since hitting the 2-million mile mark on United Airlines at the ripe old age of 42. On average I commute through the air 200,000 base miles annually which sends me anywhere from Cambodia to San Diego. Of course globetrotters pack and bring along their true essentials during each journey like clockworks. My formula includes a Macbook Air so I can continue writing, a bag of trail mix, organic green tea, a few educational books and now a pair of laudable QuietComfort 35 (QC35) noise-cancelling, over-the-ear headphones. Trust me, you will be at peace (in style) mile high with a set of Bose’s latest sound innovation.

Prior to the QC35 I’ve been rocking white QC25s which are corded. Typically you don’t miss a sure thing until it’s gone, but in this case I have not thought about my previous life as a jetsetter after the Bluetooth enabled QC35s entered the stage. Yes, wireless headphones are by far nowhere close to representing a revolutionary technology movement but when Bose puts their seal of approval on a set then best believe you are in good hands. Look around on any plane and I guarantee that the majority of frequent flyers have the “Bose” emblem around their ears; especially First Class passengers since they are looking for ultimate convenience, efficiency and optimal noise cancellation. 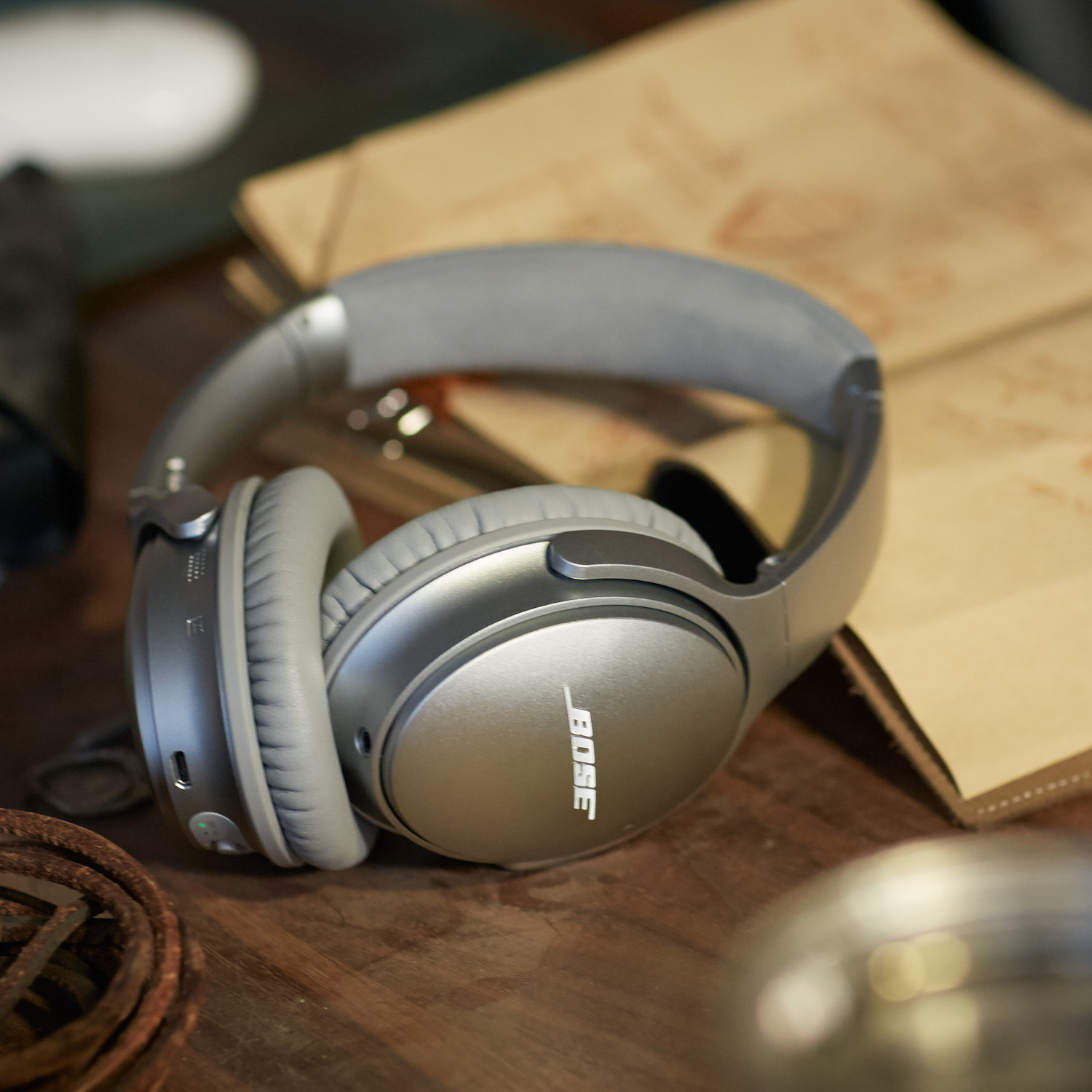 “Never lose your imagination. Always dream of things that are better and think about ways to reach those things,” poignantly stated Dr. Amar G. Bose, acoustic engineer and founder of the Bose Corporation. His transformative philosophies ultimately led to the emergence of advanced audio trends that have shaped the fabric of sound indefinitely.

Priced at $349.95, the QC35 is now available in either Black or Silver. Like its QC25 sister the QC35s are light, foldable and adjustable in various sequences. It stores up to 20 hours of life by way of a lithium-ion battery that charges through a micro USB cord. When you power on the headphones a soft female voice (customizable language) indicates how much battery life is left and which device it is pairing with. In this case the pairing happens automatically, similarly, to other Bose Bluetooth products such as with Bluelink speakers. With many competing brands you have to manually connect via the settings on your phone. The right earcup houses the switches for on/off, on/off, music volume, play/pause and answer/end calls. Interesting enough I have never used noise cancelling headphones for calls but I was amazed while cutting the grass and speaking to my wife simultaneously. Not only does the QC35 symptomatically silence ambient sound for its users, but also does so for the incoming caller. This is possible from Bose’s dual-mic system. 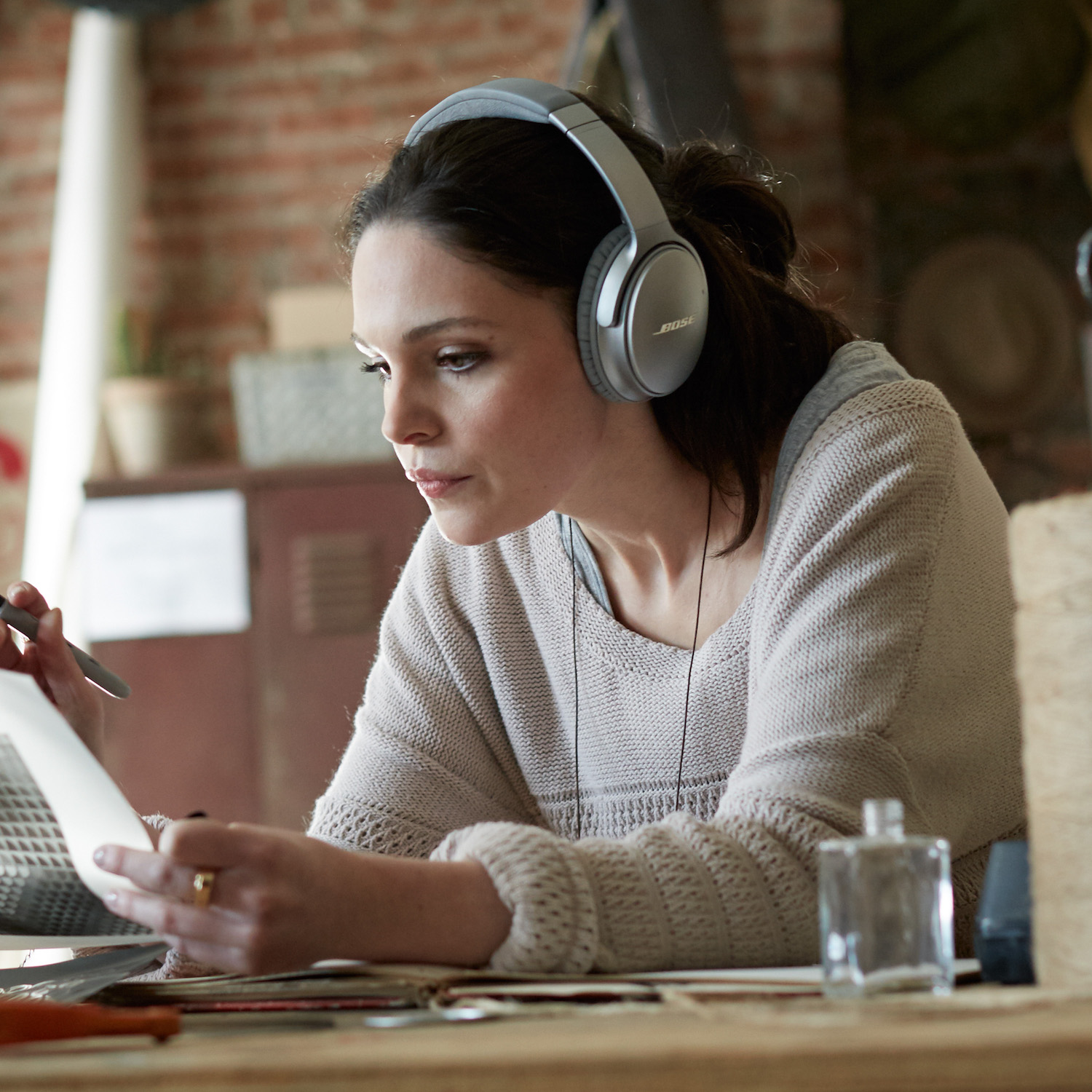 Without the wire I now find myself rocking the QC35s in far more environs than the QC25s such as the gym, cafes, my backyard and also while watching mobile football games on the ESPN Live app since I’m on the road incessantly. They drown out background noise akin to going underwater to be at peace. From time to time I also pair the phones with Apple TV 4 so I can catch up on the latest news or Ray Donovan without disturbing the kids. Musically, from reggae to rock the new EQ stabilizes sound for all music types and at all sound levels.

As with most of today’s technology owners can interact with their QC35 utilizing the Bose Connect app. For starters you can name the device, set the auto-off timer to save battery life, turn voice prompts on or off, switch the language and of course dial up the user manual. 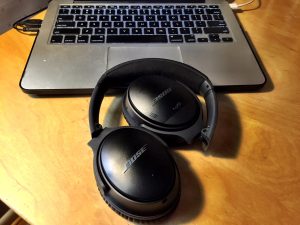 A customized case is included in the package and allows owners to fold and store their QC35s for ultimate protection. I’m fully satisfied with the sound experience and currently have no complaints. It’s been a very congenial matchup thus far. Keep in mind there is a very strategic reason why Bose is the official audio partner of the NFL.

“If you don’t understand the past you’re unlikely to get to the future. But if you’re bound by the past, you’ll never get there with anything that you’re proud of.” — Dr. Amar G. Bose.