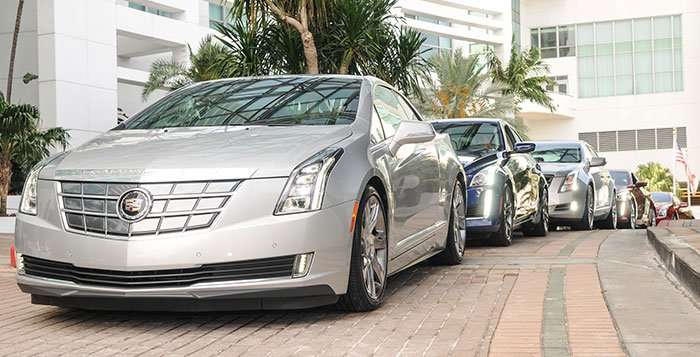 The importance of continual leadership and male role models in the lives of America’s youth is paramount. Whether it’s dad or a father figure leading the charge, every kid deserves the love, support, protection, guidance and teachings from the men who care for them. This message was driven home emphatically during the 100 Black Men of America 28th Annual Conference at the Westin Diplomat Resort & Spa in Hollywood, Florida recently. 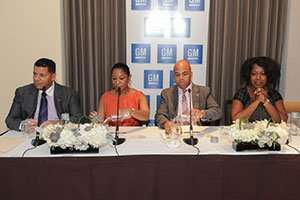 To align themselves with the stars and the poignant message — ensuring excellence for African-American youth — the GM Foundation and Cadillac supported the Conference with fervor, dedication and grace. After all, the auto manufacturer’s message of “driving diversity” is practiced incessantly within the company grounds and outside through an array of partnerships in the African-American community including 100 Black Men, the NAACP, the United Negro College Fund and the American Black Film Festival which took place in New York earlier this year.

We began our time in Southern Florida with a Cadillac Conversations Welcome Reception with Sabin Blake, marketing manager, 2014 Cadillac ELR; Eric Peterson, U.S. vice president, Diversity Dealer Relations for General Motors; and Vivian R. Pickard, president, General Motors Foundation. Amazingly, Pickard’s group has donated $265 million in the last decade to promote diversity, support non-profits, educate parents on driver safety and send kids to college. Her mission is to steer the domestic ship towards the strengthening of U.S. communities by investing in the areas of education, health, human services, the environment and community services. From a healthcare perspective, GM specifically spearheads education on diabetes, heart disease and cancer awareness, which are primarily food borne diseases and are preventable in the highest percentage of cases. In their own hometown for example, the Detroit zip code 48235 has the highest rate of kidney disease in the country according to Pickard. So GM is doing what they can to make a difference. 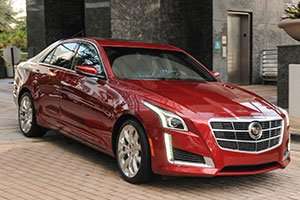 Working cohesively, Sabin helps market the new allotment of GM products that Peterson’s minority dealer group sells to current and newly welcomed customers. As you can see, the operation seems to be working very fluidly. With the resurgence of the Cadillac brand with vehicles such as the XTS, ATS and now the ELR, the love affair from times past with African Americans is back and stronger than ever. Sabin spoke passionately regarding the magnitude and level of attention the ELR has received from individuals such as Jay Leno who took it for an extended drive on the highway and highly enjoyed it. Another enthusiastic story regarded mega moviemaker Clint Eastwood who stared down a Cadillac for 30 minutes on his ranch during a media event. Sabin said Cadillac began the revolution in 1999 with stealthy, angular designs that were authentically American, polarizing and stellar. This design ethos has led the charge for imaginative vehicles such as the ELR. Though, the proliferation of the brand strategy and accomplishment did not take an inordinate amount of time. Peterson added to the conversation by stating that a company’s diversity strategy is key for helping influence purchase decisions. “People over time want to buy products from companies they trust.” 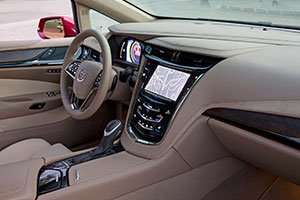 On site at the conference was Cadillac’s new ELR Electric Hybrid Coupe, which helps answer some of America’s sustainability questions about extending Earth’s precious resources. Starting at $75,000, it has an all-electric range of 37 miles before the gasoline engine kicks in. Cadillac partnered with ChargePoint to ascertain whether “range anxiety” is a limiting factor for potential EV customers.  “We strive to provide Cadillac buyers with the highest level of customer care and ease of use for their vehicles, which is why we chose to partner with ChargePoint for the ELR,” said Uwe Ellinghaus, global Cadillac chief marketing officer.

Education, luxury vehicles, a Chairman’s Award Luncheon, workshops and the Black Tie Gala with an electrifying performance from R&B vocal group En Vogue made for an enlightening time in Florida. Keep up the great work GM!

PrevPreviousActor Omar Miller and the Audi S7
Next2015 BMW X6Next