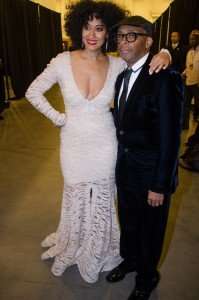 It was a beautifully, serene afternoon in Pasadena, CA for an interactive brunch at The Langham Huntington with General Motors’ Chevy Division. The engagement commingled the likes of producer, director, writer and actor Spike Lee; Jocelyn Allen, the director for Regional, Grassroots and Diversity Communications and director for Diversity Marketing and Communications Center of Excellence for General Motors; Martin J. Davis, design manager of Exterior Lighting, North American Exterior Design for General Motors; Vivian Pickard, president of the General Motors Foundation and director of Corporate Relations; and diversity media such as Automotive Rhythms and Fit Fathers. Spike Lee’s involvement resonated from his advertising agency’s partnership with both Chevy and Cadillac as well as the special honors he received from the 46th NAACP Image Awards at the Pasadena Civic Auditorium alongside Clive Davis and U.S. Attorney General Eric Holder.

After arriving to the immaculate hotel patrons were treated to stunning eye candy provided by an Apple Red 2015 Chevy Corvette Z06 which first hit the scene in 1963. Jocelyn described the halo vehicle as one that doesn’t need much push from the brand since it practically sells itself, but also is a magnet for bringing African-American auto buyers into Chevy dealerships. Spike marveled the hyper coupe  and posed for pictures with the rest of the group who were all infatuated with the 6.2-liter 650-horsepower and 650 lb-ft of torque V8 certified American beast. This consummate ‘Vette is the first of its kind to hone a supercharger and offer a paddle shifting transmission. “Practically every exterior change served a functional purpose, as this beast needed more of everything,” said Tom Peters, Corvette design director. “The flared fenders accommodate larger, wider wheels and tires for more grip. The more aggressive aerodynamic package generates true downforce for more cornering grip and high-speed stability.” After conversations with Spike, Martin would later expound on his lighting techniques for the sports car and the all-new 2015 Chevy Tahoe, also on display at The Langham. 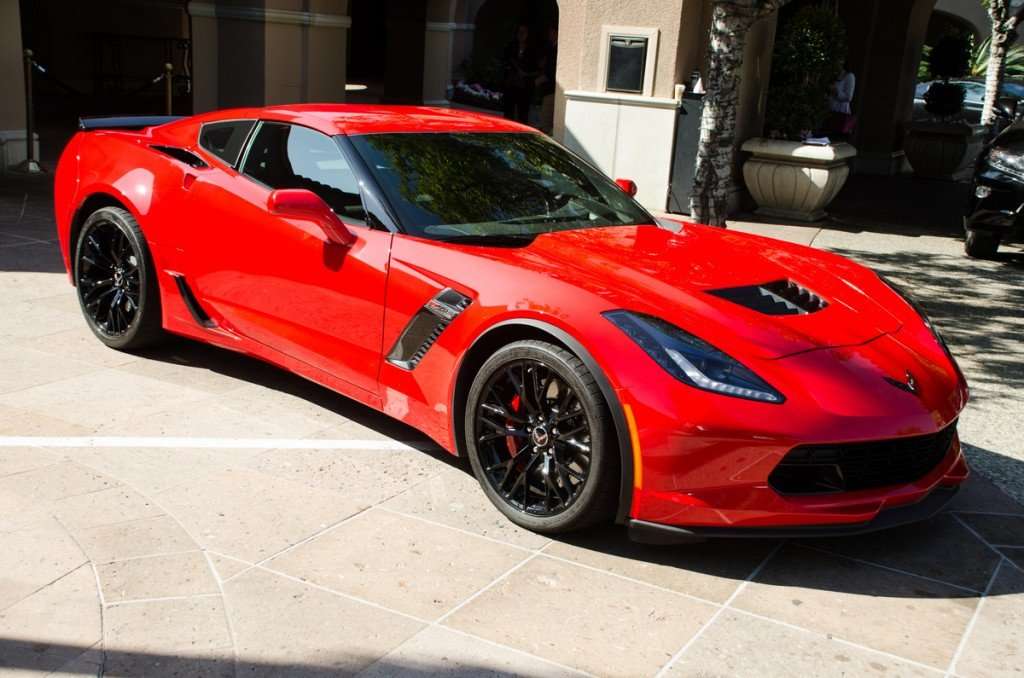 During our discussions the iconic visionary was equally earnest and risible as he cut a few jokes but also directed seriousness to his opinion in typical Spike Lee fashion. We asked why Chevy and he added that the Detroit automaker caters to Black folks and that his channels are institutions to purchase vehicles through. Spike, humbled by his Presidents Award from the NAACP, still teaches at NYU and also mentors students such as the young filmmaker who had an entry at Sundance. Moreover, the diehard NY Nicks fanatic is coaching the NBA All-Star Celebrity Game and will appoint pitching and basketball sensation Mo’Ne Davis to starting point guard. 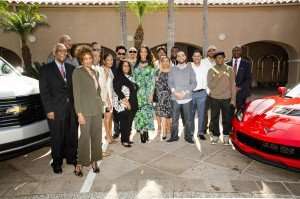 Spike’s enduring cinematic career includes highlight films She’s Gotta Have It, Do The Right Thing, Malcolm X, Mo’ Better Blues, Summer of Sam, She Hate Me and 4 Little Girls. He also produces commercials (18 years now) such as the classic Nike Air Jordan spots where his inane and motor-mouthed character Mars Blackmon captivated audiences for years, especially sneaker heads with “It’s gotta be da shoes.” However, Spike’s latest and most impressionable production yet, just may be the Mo’Ne Davis Chevy ad, which was the only commercial GM ran during the World Series.

Throw Like a Girl was made possible when Spike reached out to Chevy’s Paul Edwards to film 14-year-old Mo’ne who represents South Philly with a 70 mph fastball. She’s an honor student, comes from a great family and is ten times better playing basketball than softball. “We were trying to come up with something. The first thing I wanted to do was have her on the mound striking out all the Philly greats like Julius Erving,” Spike giggled. But he brought it down to focus on the teen as an individual and shot the piece within a week. It was challenging because of initial eligibility concerns. For some of the content Spike dialed up Bud Selig and requested for Mo’ne to throw out a pitch at the World Series. It worked and the rest is history.

What’s next for Spike? He endeavors to continue producing branded content because that is what audiences want to see and mobile viewing devices have spurned the current content revolution. He recalls the memories of Nike asking him to reprise the She’s Gotta Have It role paired with Michael in the Air Jordan commercials. Spike fondly reminisces how advertising was initially a mistake, but now relishes the opportunity to create greatness. 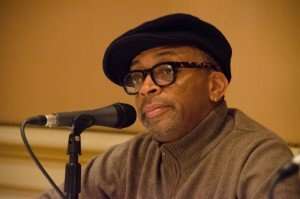 Afterwards we all went back outside to listen to Martin and his design philosophy as it relates to illuminating GM vehicles. The lighting specialist stated how each product, whether it’s the unmitigated attraction of a Corvette or the family orientation of a Tahoe, requires a specific level of detail and attention which must be communicated in sync with product planners and engineers. “My team is responsible for designing and executing exterior lighting on all new vehicles,” Davis said. “We ensure consistent and competitive content and execution, while enabling unique lighting signatures for each brand.” You could say Martin parrots Spike Lee and must always do the right thing!

The group then ate a soulful lunch and returned to the Westin Pasadena to prepare for the Image Awards where GM has been a sponsor since inception. Yet, 2015 marks the first year for Chevy’s involvement. The 2-hour show, hosted by Anthony Anderson, ran live on TV One and went without a hitch. Familiar faces included Will Smith, Oprah Winfrey, Shemar Moore, Angela Bassett, Russell Simmons, Chadwick Boseman, Omar Epps, Tracee Ellis Ross, Kerry Washington, Taraji Henson, David Oyelowo and many more. The comedy Blackish won a rack of awards as did Selma and How to Get Away with Murder.

Beautiful people, amazing cars and engaging activities full of sustenance made for a gratifying 3-day stay in Pasadena with the GM diversity team. See you at the next Red Carpet!

PrevPreviousNew Aerokit for the Porsche 911 Turbo and 911 Turbo S
Next2015 BMW X6 M: Brawn and BrainsNext