HYUNDAI GEARS UP FOR SUPER BOWL 50 IN SAN FRANCISCO 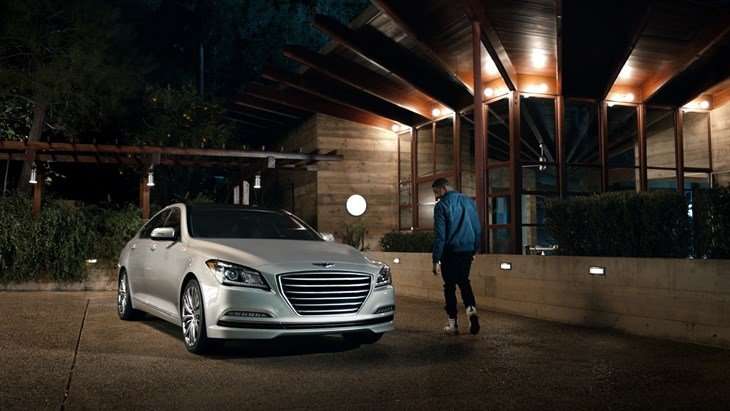 In its first year as an official NFL® sponsor, Hyundai is taking over the San Francisco Bay Area for nine days of Super Bowl activity aimed at creating an unforgettable experience for all fans. With three key components to its on-site activities, and more than 400 Hyundai vehicles on the ground, starting January 30, Hyundai is lacing up its cleats early and getting NFL fans warmed up for the biggest game of the year, Super Bowl 50.

“With our on-site Super Bowl activations, we want to give fans the opportunity to connect with Hyundai and the NFL with a completely unique and immersive experience,” said Dean Evans, chief marketing officer, Hyundai Motor America. “We know fans look forward to the Super Bowl for months, and we’ve created three different experiences throughout the Bay Area. Fans can soak in all that Hyundai and the NFL have to offer, over multiple days, to help make their experience better.”

On January 30, Hyundai will officially open its activation areas at two events in the Bay: the NFL Experience driven by Hyundai and Super Bowl City. Hyundai is the title sponsor of the NFL Experience, a ticketed event taking over all three buildings of the Moscone Convention Center, in San Francisco. Hyundai’s booth at the event will feature must-see activations, such as autograph signings, a virtual photo op where fans can have their picture taken with their favorite NFL legend, a legends museum, and vehicle displays. Additional activities at the NFL Experience include a Super Bowl Rings Exhibit, a clinic run by current and former NFL players, and an NFL Shop where fans can pick up memorabilia to support their favorite team. Tickets start at $35, and the event will run for nine days including Super Bowl Sunday.

Also opening on January 30 will be Super Bowl City, located at Justin Herman Plaza, in San Francisco. The free event is open to the public and will feature music, entertainment, and sponsorship activations. Hyundai’s on-site activities will include interactive vehicle displays highlighting the Tucson Fuel Cell and the all-new Sonata Plug-in Hybrid; a human-powered selfie station where guests can walk, dance, or run in place to generate enough power to take a selfie; and a recharge lounge where guests can recharge their cell phones and bodies away from the madness of Super Bowl 50.

Guests can register for both the NFL Experience and Super Bowl City with the NFL’s “Fan Mobile Pass” single sign-on system. The mobile pass serves as users’ credentials for on-site activities, and fans will be prompted with Hyundai brand questions and whether they would like to be contacted by a Hyundai dealer.

On the day of The Big Game, Hyundai will open its activation at GameDay Fan Plaza, a must-visit destination for fans searching for the ultimate Super Bowl tailgating experience. The on-site activation will feature vehicle displays and an “Epic Catch” photo opportunity where fans will get a chance to live out their dreams of making a Super Bowl–winning touchdown catch.

Advantage International will be managing the three activations on behalf of Hyundai.

To keep up with all of Hyundai’s Super Bowl–related activities, including four game day advertisements, please visit HyundaiNews.com.