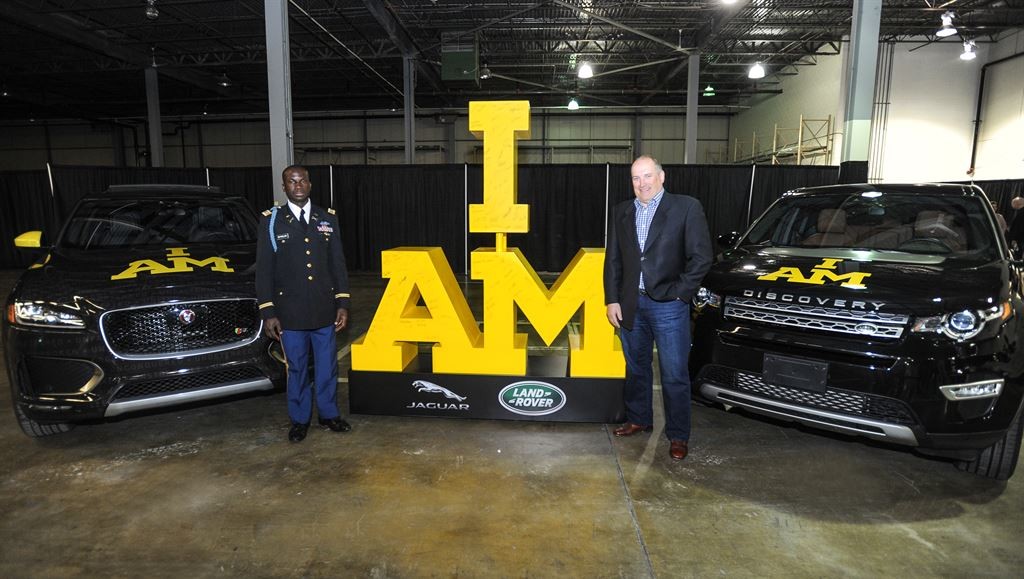 Jaguar Land Rover North America has extended its support of the 2016 Invictus Games in Orlando, Florida as lead sponsor of the U.S. Team, which will compete against 11 other nations’ teams in the multi-sport event for Wounded, Ill and Injured Service Members, May 8-12.
Jaguar Land Rover, presenting partner of the inaugural games in London 2014 and this year’s games in Orlando, will continue its commitment to the Games by renewing its role as sponsors of the UK team.
“Jaguar Land Rover is proud to back the U.S. armed forces teams to compete in the Invictus Games in Orlando this May,” said Joe Eberhardt, President and CEO, Jaguar Land Rover, North America, LLC. “The men and women on the U.S. team, as well as those on the competing teams of other nations, represent the courage, determination and bravery of our armed forces, and we wish them the best of luck in Orlando.”
The Invictus Games use the power of sport to inspire recovery, support rehabilitation and generate a wider understanding and respect for Wounded, Ill and Injured Service Members. Launched in 2014 by Prince Harry, the second edition of the Games will take place from May 8-12, 2016 at the ESPN Wide World of Sports Complex in Orlando. In April, Prince Harry himself passed the Invictus Games Flag to U.S. team captain Will Reynolds at Buckingham Palace. That flag will tour the United States prior to the Games, making stops at the George W. Bush Presidential Center in Dallas, the UK Embassy and White House in Washington, D.C. and more, before its final stop in Orlando.
“I am so proud to be leading the U.S. team in Orlando this year,” said Reynolds. “The Games celebrate the determination that each and every one of these competitors have shown in the face of true challenges.” Reynolds is leading the US team of 115 athletes, competing across 10 sports. The rigorous selection process was based on the benefit the Invictus Games will give an individual as part of their recovery, combined with performance and commitment to training. The full U.S. team began training later this month in Tampa, Florida.

In addition to their partnership with both the Games and the U.S. and UK Teams, Jaguar Land Rover will also provide all competing nations with the first opportunity to win an Invictus Games 2016 medal through the Driving Challenge which takes place on May 7. Two team members from all 14 competing nations will take on the role of driver and navigator in the two time-trials which make up the challenge. Each pair will compete in both the Jaguar XE and Land Rover Discovery Sport, testing their communication, team-work and strategic planning skills.

Jaguar Land Rover’s commitment to the Armed Forces and Veteran community was further extended last week as details of the new Jaguar Land Rover CALIBRE Partnership were announced. This collaboration will fund the training and hiring of 180 U.S. Service Members this year across North American retailers, and follows the recruitment of over 200 Transitioning Service Members, Veterans, and currently serving members of the National Guard and Reserve in the UK since 2013.

PrevPreviousToyota No. 1 Retail Brand in April 2016
NextJaguar Land Rover Announced as Presenting Partner of the Third Invictus Games in Toronto 2017Next