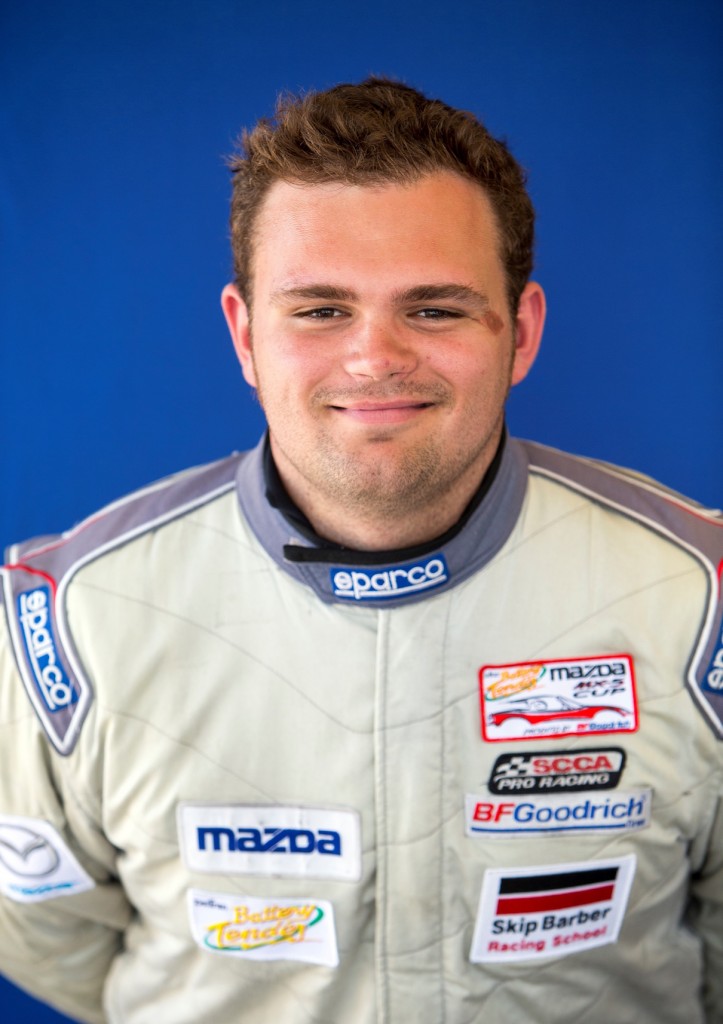 Robby Foley didn’t just win a championship in 2015, he joined an elite list of Mazda scholarship winners on the Mazda Road to 24 racing ladder. And, thanks to his on-track success, he earned a $100,000 scholarship to help move his racing career to the next level. Foley has chosen to take his scholarship money to the Atlanta Motorsports Group racing team, and will compete in the 2016 Battery Tender Global Mazda MX-5 Cup presented by BFGoodrich Tires.

Robby Foley: “Winning the Mazda scholarship has been a goal of mine ever since I began racing cars. There truly is no other defined ladder system where young drivers receive such great support and are given the opportunity to learn about all aspects of motorsports. I am so honored to join past champions and proven talents on the Mazda ladder system and take on a bigger role within the Mazda family. Racing in the Skip Barber series the past few seasons, I had the luxury of an inside look at how all of the teams operate, and to me, the Atlanta Motorsports Group operation was a step above the competition and a place I would fit in well. The team has a passion for success, and their proven championship pedigree aligns with my goals looking forward. I can’t wait to get the season going in a few weeks.”

John Doonan, director of motorsports, Mazda North American Operations: “We’re thrilled to have Robby Foley join the list of Mazda scholarship racers. He is an impressive young man, both on and off the track. We expect he’ll have a great season in 2016 and beyond.”

Foley, age 19, will make his 2016 season debut on Friday, April 29 at Mazda Raceway Laguna Seca in Monterey, California. When not at the racetrack, Foley is a full-time engineering student at Auburn University. Foley has been working on his motorsports engineering skills at school as a member of the Auburn Formula SAE team.

The MX-5 Cup is the signature series for the Mazda Road to 24 (#MRT24), the sports car counterpart to the Mazda Road to Indy (#MRTI). The MX-5 Cup champion earns a $200,000 scholarship to further their racing career. On both paths, Mazda-powered champions earn a Mazda scholarship to advance their career, either toward a goal in the IMSA Mazda Prototype (#MRT24) or the IndyCar Indy Lights (#MRTI) car.

The 2016 MX-5 Cup season will feature the all-new fourth generation Mazda MX-5 Miata. For the first time, Mazda has commissioned complete turnkey racecars, ensuring all cars are as close to identical as possible, and all to ensure the best drivers rise to the top. The first orders for the new racecar were accepted starting on October 1, 2015, and within the first 36 hours after the announcement, more than 40 racers placed $10,000 deposits for the $53,000 race car. More than 90 deposits have now been accepted, with more than 60 cars delivered to date. Information on the car is online at www.mazdamotorsports.com