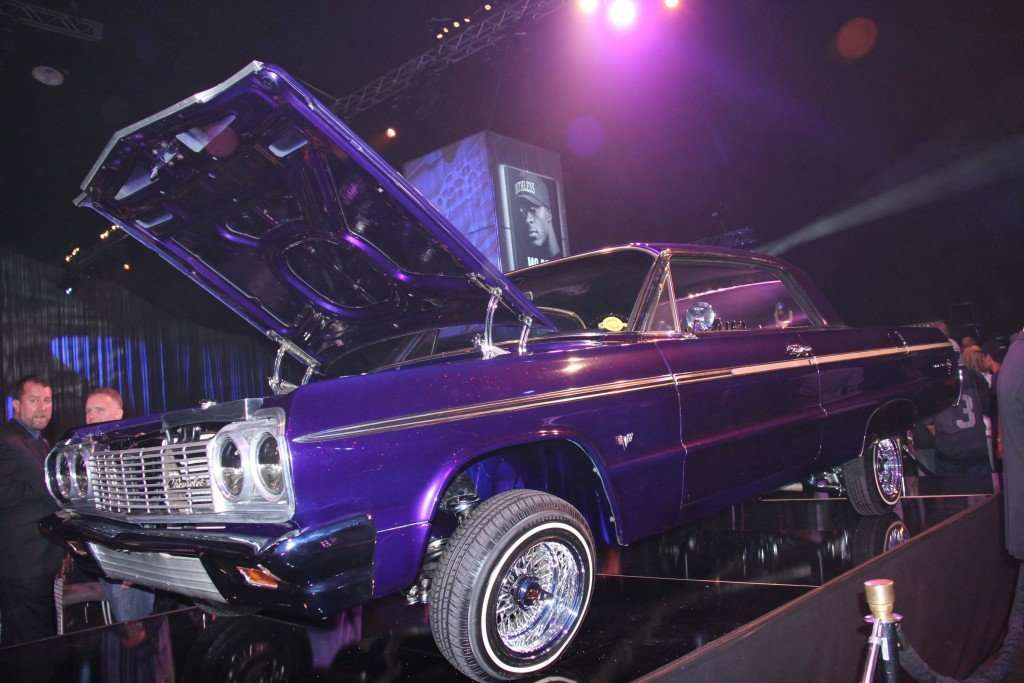 Universal Studios is right back at it with the releasing of the N.W.A. biopic, Straight Outta Compton, which is produced by some of the original N.W.A. members including Ice Cube and Dr. Dre (Andre Young). The film is directed by motorcycle enthusiast F. Gary Gray who has led other notable films such as Friday, Set It Off and The Italian Job. To recreate the neighborhoods of Compton during the reign of N.W.A., Automotive Rhythms literally turned the MICROSOFT THEATER located at L.A. LIVE into a live car scene from Crenshaw Blvd full of hydraulic rides, lowriders, custom candy painted whips, and die-hard fans. Patrons were able to view some of the magnificent vehicles representative of the film such as the 1964 Chevy Impala, a 1972 Caprice, two lovely 1959 Impalas, and a host of other beautiful rides. 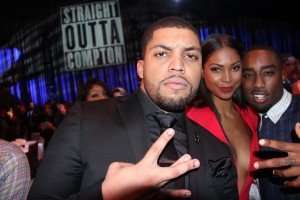 The premiere kicked off with appearances and emotional speeches from F. Gary Gray, MC Ren, DJ Yella, Ice Cube, Dr. Dre, and Universal executive Scott Bernstein. It was empowering to hear the perspective from each of these pioneers regarding their feelings towards the epic movie and the strategies required for ultimate production. The Microsoft Theater was packed to the gills with industry supporters, entertainers, and media who applauded heavily throughout the well-detailed story line. Immediately following attendees were treated to an exclusive after party on the L.A. LIVE Event Deck to celebrate the release of the monumental film. In attendance were VIPS such as F. Gary Gray, Dr. Dre, Ice Cube, O’Shea Jackson, Jr., Marcellus Wiley, Terrance Johnson, Snoop Dogg, The Game, Pooch Hall, Tyrese, Ving Rhames, Common, The Lady of Rage, Craig Robinson, Scott Bernstein, ASAP Rocky, Tiny Zeus Lister, Marsha Ambrosius, and a host of other key notables. 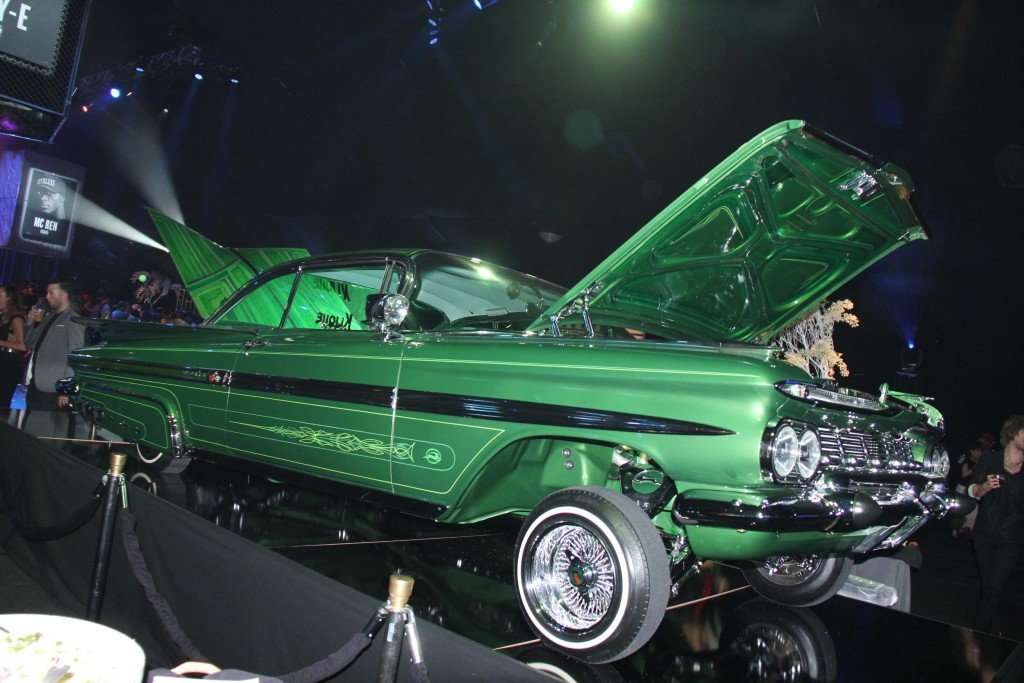 “In the mid-1980s, the streets of Compton, California, were some of the most dangerous in the country. When five young men translated their experiences growing up into brutally honest music that rebelled against abusive authority, they gave an explosive voice to a silenced generation. Following the meteoric rise and fall of N.W.A., Straight Outta Compton tells the astonishing story of how these youngsters revolutionized music and pop culture forever the moment they told the world the truth about life in the hood and ignited a cultural war.”