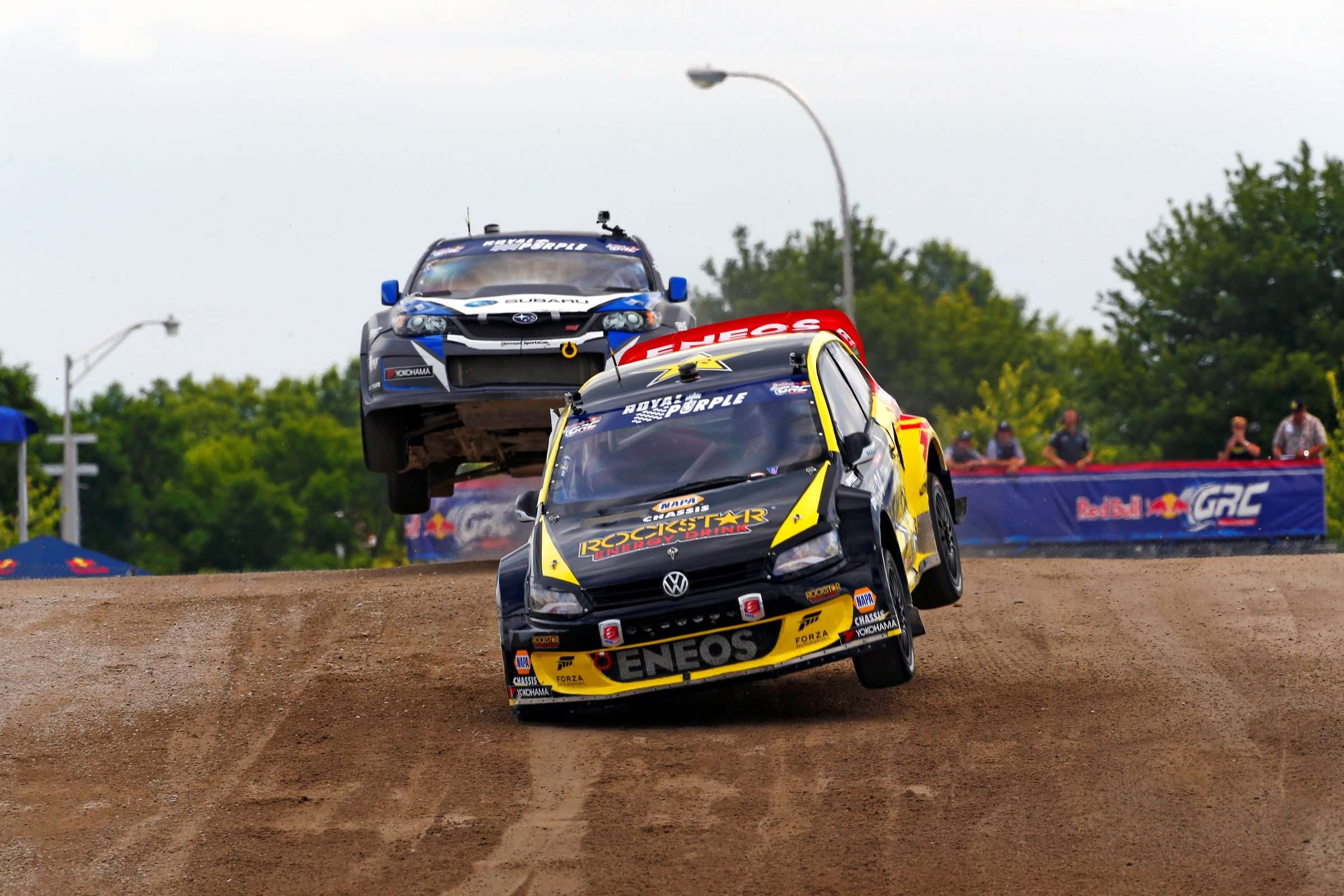 “It’s been a tough year—the guys with the most finely tuned road racing skills have really dominated this year, and this was a course that road racing skill really played in,” said Foust. “Luckily, I was able to use a little bit of rallycross skill, focusing on starting, because the track was really hard to pass on in order to get the job done.”

After incidents eliminated Patrik Sandell and Sverre Isachsen and led to red flag periods, Foust took advantage of a two-car front row in the final to get a clean start and push out to the lead. Second place was hotly contested throughout the event, with Ken Block, Piquet Jr., and Scott Speed all holding the runner-up spot during the six-lap main event.

Speed crossed the line second, but was disqualified from the event for making unapproved adjustments to his vehicle during the first red flag under Article 7.7 of the series’ supplemental regulations. As a result, Speed was dropped to ninth position, elevating Piquet Jr. to second place and the points lead.

“Obviously, we want to take the points lead on the track, but regulations are regulations,” said Piquet. “Points-wise, it’s great, and it’s great for the team. I work great with my team, I love them, and we’re bonding all the time. We want to win a race, but we think about the championship and scoring as many points as we need to.”

The results of Red Bull Global Rallycross Volkswagen Rallycross NY are as follows:

Provisional point standings after four rounds of the Red Bull Global Rallycross season are as follows:

About Red Bull Global Rallycross
Designed to produce the fastest and most exciting racing in motorsports, Red Bull Global Rallycross pits small production-based cars against each other in door-to-door racing featuring dirt, asphalt, and table-top jumps. With enhanced engineering and safety features, the cars produce 600 horsepower and can accelerate from 0-60 miles per hour in less than two seconds, and can also withstand 70-foot jumps and other vehicle contact. For more information visit www.RedBullGlobalRallycross.com.