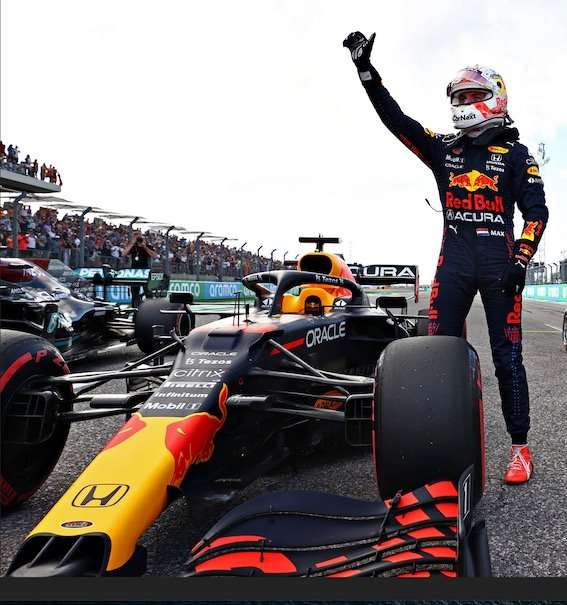 The Aramco U.S. Grand Prix at the Circuit of the Americas (COTA) in Austin, Texas returned this weekend after a COVID-19 hiatus.

Honda has participated off and on in Formula 1 since 1964, and claimed their first team owner/manufacturer victory at the 1965 Mexican Grand Prix.

Fast-forward to 2021, and with just six races left in the 2021 Formula 1 season, the United States Grand Prix was a critical race in the scuffle between reigning champ Lewis Hamilton (AMG-Petronas) and the talented youngster Max Verstappen (Red Bull/Honda). As expected, the race did not disappoint.

With Verstappen at the pole position, and Red Bull’s Sergio Perez (P3) sandwiching Hamilton (P2), the strategy for Red Bull was clear. Do NOT allow Hamilton to pass at the start. Some F1 tracks almost guarantee a win for the pole-sitter, as they may not have enough straightaways (and/or DRS zones) or passable corners.  But COTA is different, as the 20-turn, counterclockwise circuit features undulating surfaces that can rapidly shift weight distribution in the racecar, or damage it, and a 133 foot climb to the left turn on corner one from the main straight. COTA’s long main straight allows for high speed DRS passes, and enough corners for wily racers like Hamilton and Verstappen to be in contention for the win no matter the starting position.

Race start was a superb reflex show by Hamilton, who got the jump on Verstappen and bolted into the lead from P2 to P1. “Game on,” said the SkyWest TV race announcer.  Verstappen then radioed in that his rear was sliding through turns. That, combined with turbulent air from Hamilton, meant the task of regaining the lead would be more difficult.

On lap 13, Hamilton pitted, and came out behind Verstappen in P2, with Perez in P3. On lap 14, AlphaTauri’s Pierre Gasly broke a suspension component on the notoriously bumpy COTA track, and limped back to the pits.

After 20 laps, Team Ferrari continued to run strong, with Charles Leclerc in P4, and Carlos Sainz in P6, sandwiching Daniel Ricciardo in P5. 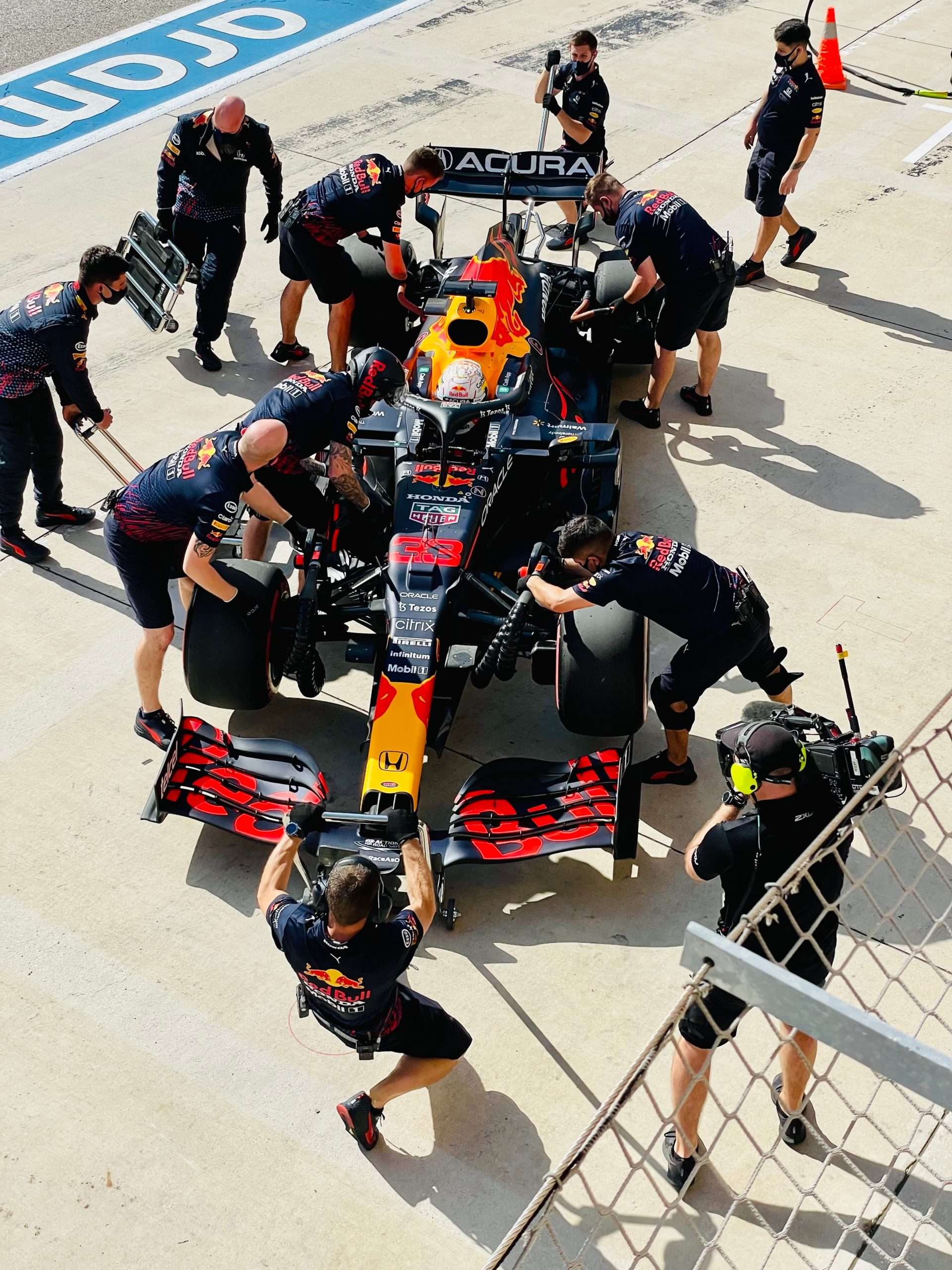 On lap 25, Verstappen radioed more traction issues to his team, while Hamilton continued his charge on tires three laps fresher.

On lap 29, Verstappen changed tires for the second time, and logged a slow-for-Red Bull 2.8 second time. So the tally was Hamilton P1, Verstappen P2 and Perez P3; with Petronas’ Valtteri Bottas making up ground in P7. On lap 31, Sergio changed tires again, and came out in P4. Regarding the strategy to the end, Lewis radioed in to Petronas team strategist Toto Wolf: “Leave it to me bro,” on lap 33.

On lap 38, Hamilton hit the pits for a second time with a fast 2.4-second time, coming out in P2, so the charge to then race leader Verstappen was on.

On lap 39, Petronas radioed: “It’s all about the last three laps.” By lap 4, the gap between Hamilton and Verstappen was just over six seconds as Hamilton set the fastest lap of the race.

On lap 43, Alpine’s Esteban Ocon retired due to mechanical failure. Also on lap 42, Daniel Ricciardo and Carlos Sainz touched wheels, and Sainz ended up with minor damage to a front wing tip. 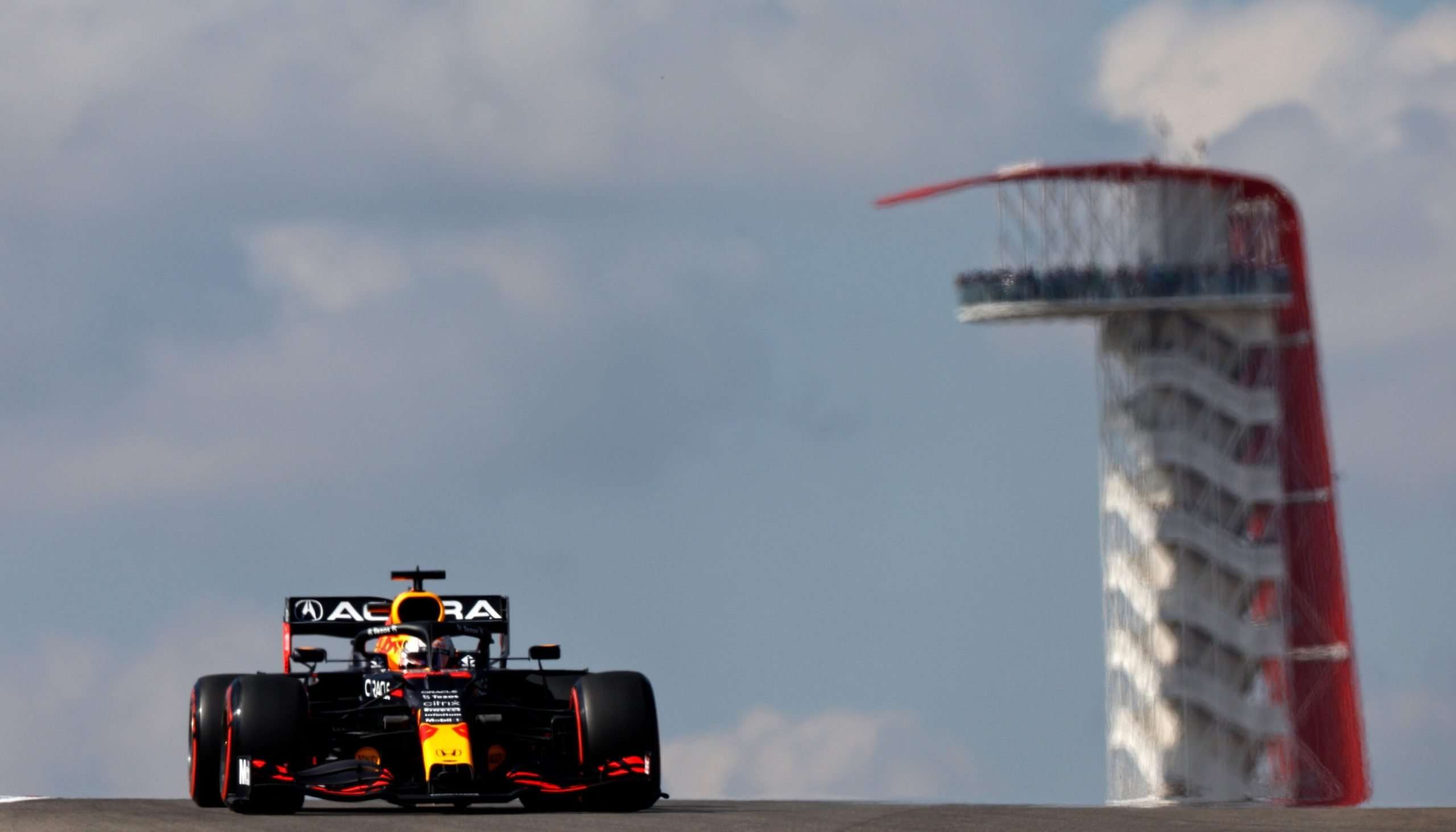 That gap was too much for Hamilton to overcome, and Verstappen won an amazing race! Verstappen also won F1’s Driver of the Day Web poll.

Thanks to American Honda/Acura for the invitation to cover this great race! For race photos with this recap, visit www.automotiverhythms.com. 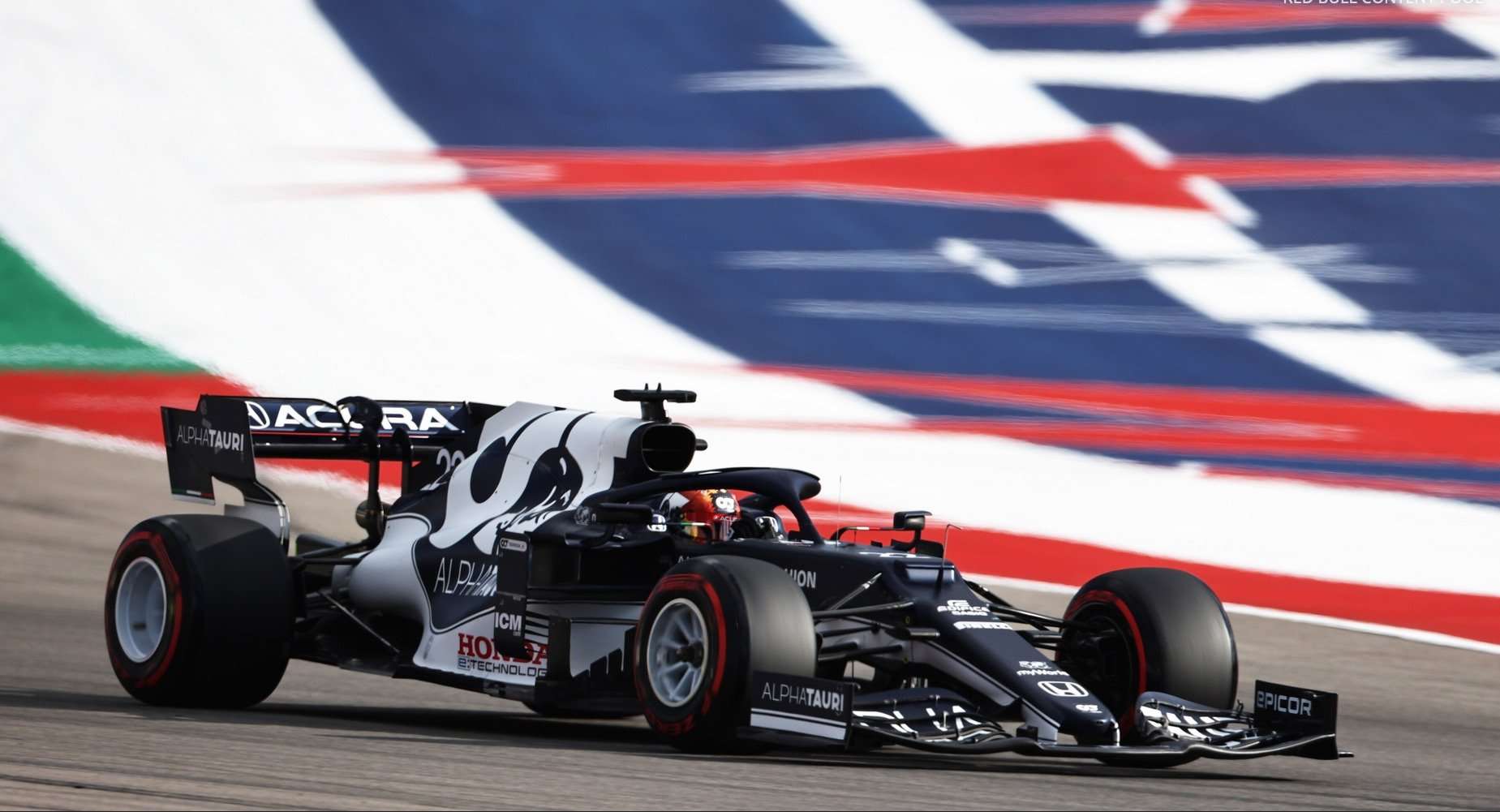