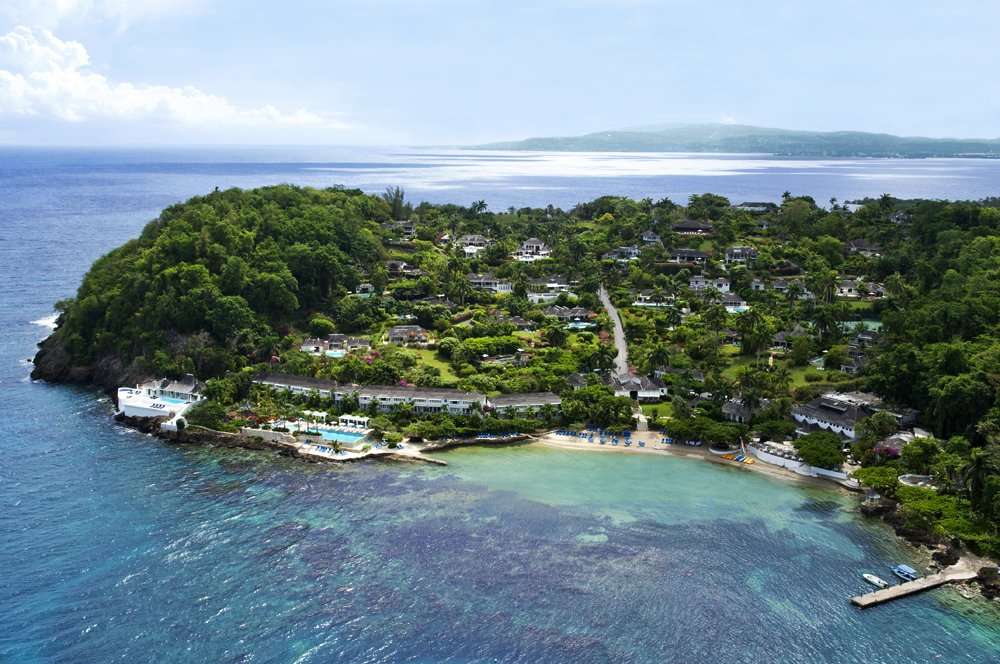 Follow in the Footsteps of the Rich and Famous to Uncover Jamaica’s Hollywood History
It’s no coincidence that Jamaica’s pristine rainforest, dramatic green mountains and fantasy beaches continue to attract the Hollywood elite and film makers from around the world. Since the 1940s and ‘50s when Jamaica became a vacation hotspot for the rich and famous, the island has been featured as the ultimate Caribbean getaway in many Hollywood movies. The list includes Dr. No (1962) starring Sean Connery, Cocktail (1988) starring Tom Cruise, and The Mighty Quinn (1989) starring Denzel Washington, and many more.
Travelers are welcome to experience the magic that has kept the stars coming back for more of Jamaica’s tropical delight. Follow in the footsteps of royalty, statesmen, artists, movie stars, and holidaying icons that have graced Jamaica’s beautiful beaches and historic resorts.
PORT ANTONIO
Port Antonio was a sleepy coastal town until Hollywood heartthrob Errol Flynn arrived in the 1940s, famously declaring the town “more beautiful than any woman I have ever known”. Port Antonio has been the backdrop of many movie scenes.
In the movie Cocktail, Tom Cruise’s character takes him to Jamaica, where the beach bar scenes were staged at what is now called ‘Cruise Bar.’ Most recently, Tom Cruise returned to Port Antonio with Cameron Diaz for the tropical island scene in Knight and Day (2010) which was filmed at the famed Frenchman’s Cove. Another popular site in Port Antonio is Blue Lagoon, which was made famous by the movie The Blue Lagoon (1980) starring Brooke Shields. Today, visitors can take a plunge into the mystical natural lagoon which is believed to be bottomless.
OCHO RIOS

When James Bond creator Ian Fleming first came to Jamaica during World War II, he bought a villa in the small village of Oracabessa. He named it GoldenEye, which became inspiration for the 1995 movie GoldenEye. This Jamaican hideaway is where Fleming dreamed up James Bond and penned all 13 James Bond novels. Today, the 52-acre world class property is the flagship of Chris Blackwell’s Island Outpost properties, a group of luxury hotels and villas.
The beach at Laughing Waters will look familiar to fans of the spy thriller Dr. No, where the famous scene of Ursula Andress emerging bikini-clad from the ocean in Dr. No was shot, as well as the Green Grotto Caves, featured in the film Live and Let Die where the villain Doctor Kananga used the caves as his underground base.

In the 1950s, the glamorous boutique property, Jamaica Inn, became the jetsetter destination for Hollywood aristocracy and British nobility. Errol Flynn, Noel Coward, Ian Fleming, and Katherine Hepburn would often sip martinis at the bar. Marilyn Monroe and Arthur Miller chose this spot for their honeymoon. Sir Winston Churchill was also a frequent guest who would come to unwind and paint in the guestroom that is today called the White Suite.
MONTEGO BAY

Both Round Hill and Half Moon, A RockResort are popular resort hotels with a long legacy in Jamaica. Founded in 1953, Round Hill has attracted movie stars and artists like: Sir Paul McCartney, Grace Kelly, Paul Newman, Julia Roberts, Ryan Gosling, and Emma Watson. Additionally, John and Jackie Kennedy honeymooned in Villa 10. In 1988, the resort was the setting for the romantic film How Stella Got her Groove Back starring Angela Bassett and Taye Diggs. Today, Round Hill is an award-winning resort which continues to maintain its old-world elegance.

Also founded in the 1950s, Half Moon has attracted the likes of royalty including, Queen Elizabeth II, HRH Prince Philip and HRH The Prince of Wales. Former Presidents George H. W. Bush and John F. Kennedy have also been guests. In fact, Jacqueline Kennedy wrote her will on Half Moon letterhead, which is currently displayed in the lobby. Now in its 60th year and under the same family ownership, Half Moon, a RockResort has been named one of the finest resort hotels in the world.

Dating back to the 1700s, Cinnamon Hill Great House was a former plantation home which was bought by country music singer Johnny Cash in the 1970s. While a part-time resident of Jamaica for more than four decades, he became captivated by the legend of the “White Witch of Rose Hall” and wrote a haunting “Ballad of Annie Palmer”, which visitors will hear on the tour of the Rose Hall Great House.
Although Errol Flynn, Ian Fleming and Johnny Cash are long gone, the Jamaica they fell in love with still exists today, waiting for new travelers to uncover its rich and fabled past. To book your next Hollywood-inspired vacation to Jamaica, visit www.visitjamaica.com or speak to your local travel specialist.