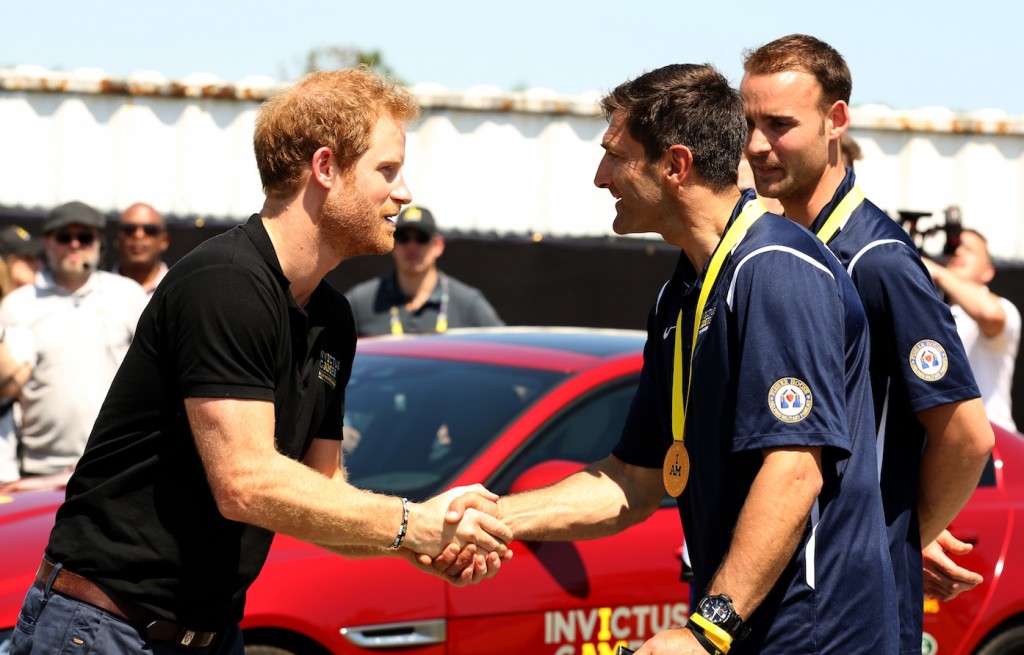 Two team members from each of the 11 competing nations took part in the Jaguar Land Rover Driving Challenge, fulfilling the roles of driver and navigator. Rober Philippe and M. Rebujent Haller secured gold for France, with Estonia and Denmark securing silver and bronze medals respectively.

Before presenting the winners medals, Prince Harry took to the last round of the challenge by joining Estonia on the Land Rover course and Denmark on the Jaguar course to show his support to the teams in the first competitive medal event of the Games.

Jaguar Land Rover is Presenting Partner of the Invictus Games Orlando 2016, and proud sponsors of the US and UK Teams. Building on its sponsorship and support of the inaugural Invictus Games in London 2014, Jaguar Land Rover has increased their commitment to the Armed Forces and Veteran community as details of the new Jaguar Land Rover CALIBRE Partnership were announced last week. This collaboration will fund the training and hiring of 180 US Service Members this year across North American retailers, and follows the recruitment of over 200 Transitioning Service Members, Veterans, and currently serving members of the National Guard and Reserve in the UK since 2013.

Jaguar Land Rover CEO, Dr Ralf Speth, said: Today, the Invictus Games were opened by the Jaguar Land Rover Driving Challenge. We were delighted to host 11 nations in their first medal opportunity. The competition was very tough. I was honoured to meet with the passionate competitors to hear more about their own individual journey to Invictus Games. There is a close alignment of the values and the mind-set of Jaguar Land Rover and the vision of the Games. So, we are extremely proud to be the presenting partner. We are all grateful to HRH Prince Harry for founding and championing this visionary idea of the Games. We congratulate him and the organising committee on establishing yet another inspiring  Invictus Games.”