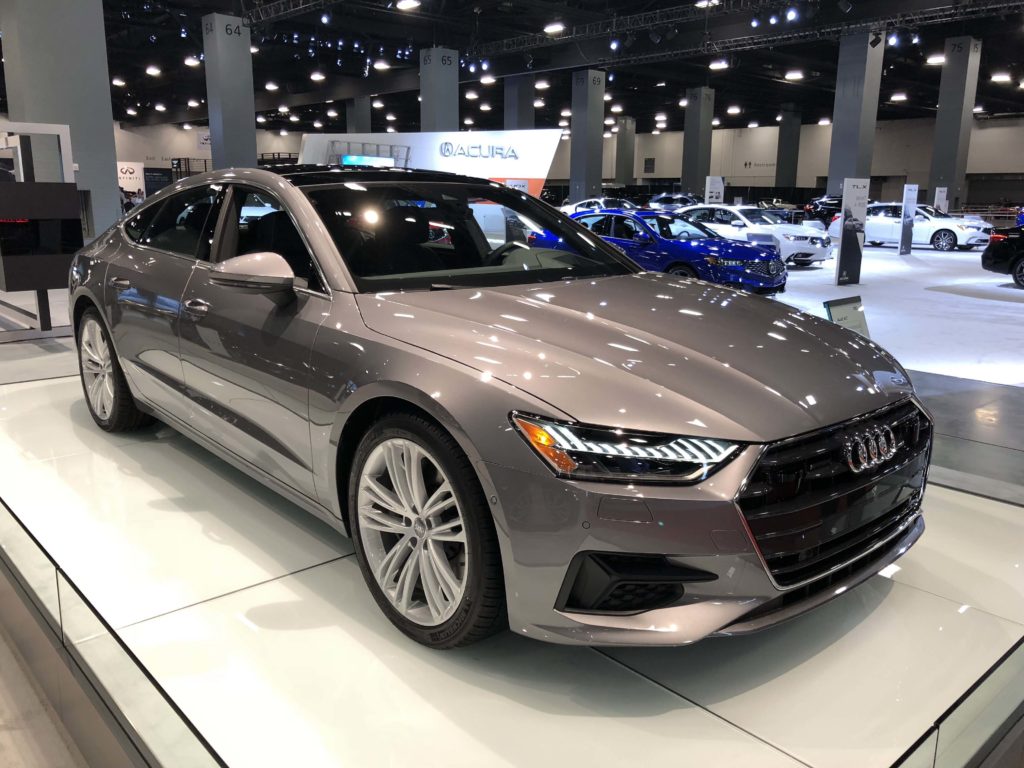 After a hiatus in 2017 due to hurricane weather the Miami International Auto Show welcomed auto aficionados back to South Florida for the 48th edition at the newly renovated ($620 million) Miami Beach Conventional Center for product launches of the latest model year trucks, sports cars, luxury sedans and SUVs. The energy was vibrant, the vehicle technology was fascinating, the consumer experience was engaging and the comradery between the automakers and media was stronger than ever! 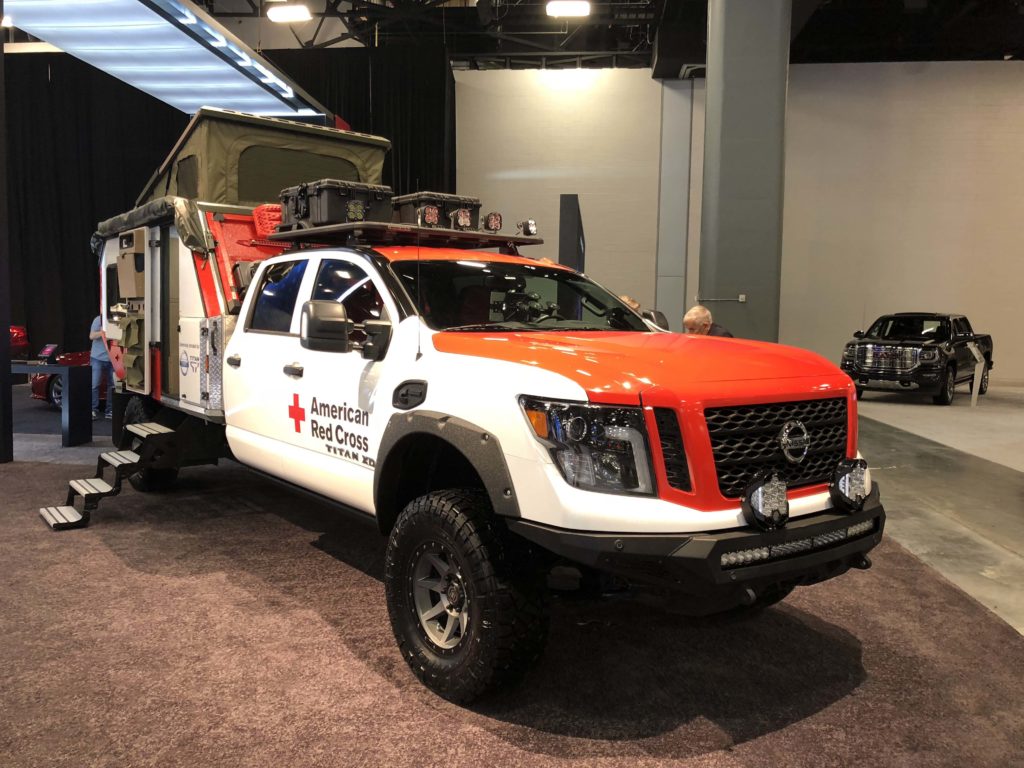 The festivities kicked off on the eve of the show at the Miami Beach Fire Department where Nissan USA donated their life-saving Ultimate Service Titan to the America Red Cross with much fanfare. Based off the Titan XD Diesel Midnight Edition Crew Cab, the mobile response unit is designed for disaster intervention and relief efforts. It features a solar power generator, WiFi, a shower, bed and first aid kit, refrigerator for blood supply and much more. We love witnessing positive actions toward the advancement of humanity, philanthropic endeavors and heart felt deeds from corporations who truly seem to care about the human experience. Mechanically, the Ultimate Service Titan is engineered with a commercial-grade, heavy-duty ladder frame, a 5-liter V8 Turbo Diesel engine from Cummins, an ICON 3” suspension lift kit, body armor such as the Addictive Desert Designs Stealth Bumper and ICON Compression wheels wrapped in Nitto Ridge Grappler tires to name a few. Congrats Nissan on the virtuous campaign to ensure the America Red Cross has the tools needed for survival efforts.

“As we’ve seen time and time again, unfortunately it’s not a matter of ‘if’ disaster will strike, it is ‘when,’” said Jeremy Tucker, vice president, Marketing Communications and Media, Nissan North America, Inc. “And when it does, the American Red Cross and its volunteers have proven to be dependable – just like the TITAN and our consumers. 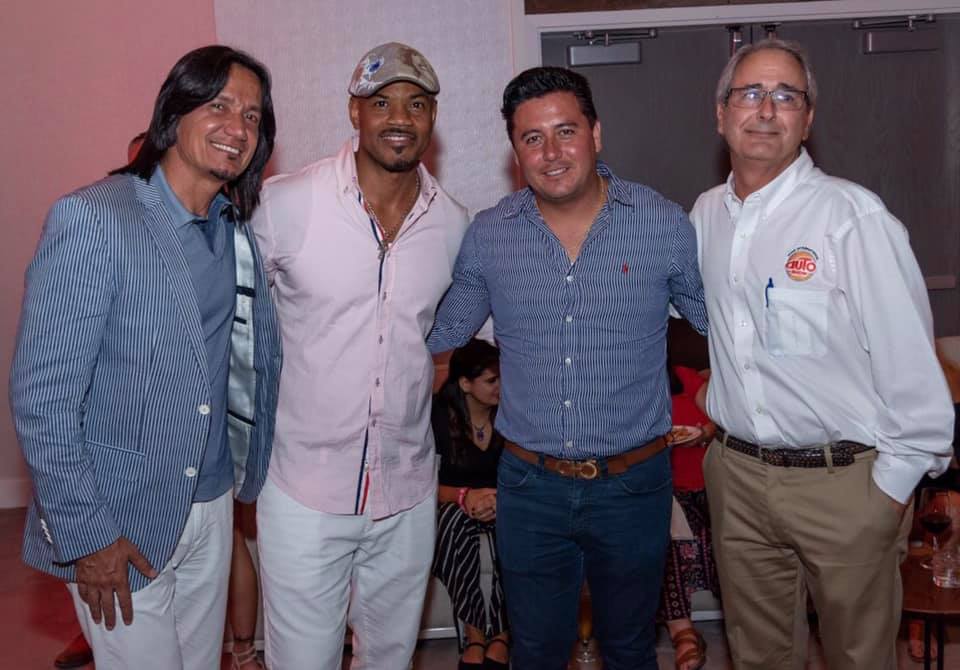 Next, we all headed to the idyllic 1 Hotel South Beach for the Official Media Welcoming Reception with Mazda and the South Florida Automobile Dealers. Good food, positive energy and extended conversations regarding the 1.4 million square footage of new floor space at the Convention Center were the topics at hand. Mazda is also hosting test drives along with Cadillac, Chevy and VW for consumers during show days which run through October 13. 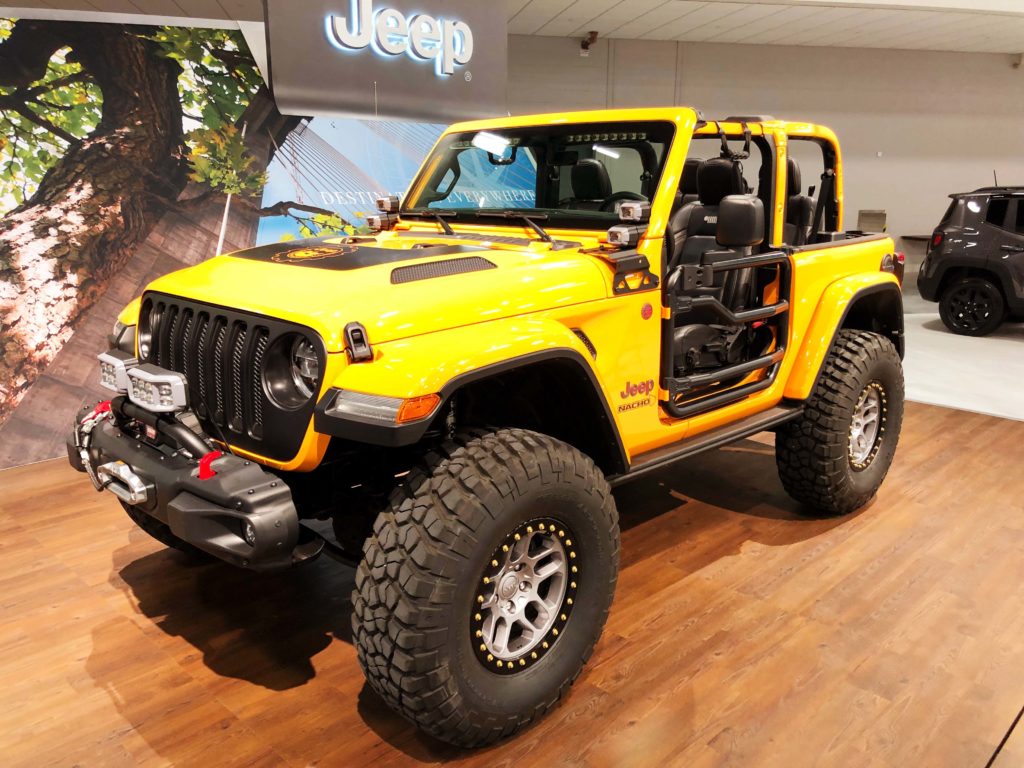 The following morning during the media day automotive manufacturer press conferences were held by Mopar, RAM, Lexus, Ford Nissan, Toyota, Chevrolet and the Ruedas ESPN Awards. The festivities were kicked off with the wildly entertaining Nacho Jeep Concept by Mopar which is adequately named from its cheesy toned hue. Mopar went all out in the aftermarket department by enhancing the 4-wheeling Nacho with a 2” lift kit, 2” round tube doors, Satin Black Grille, Warn Winch, JPP Performance Hood, oversized 37” tires on Beadlock-Capable Wheels, off-road LED lights, black Katzkin leather seats, steel Rubicon bumper and much more. The styling and specifications are perfect for the South Floridian, outdoorsy lifestyle. 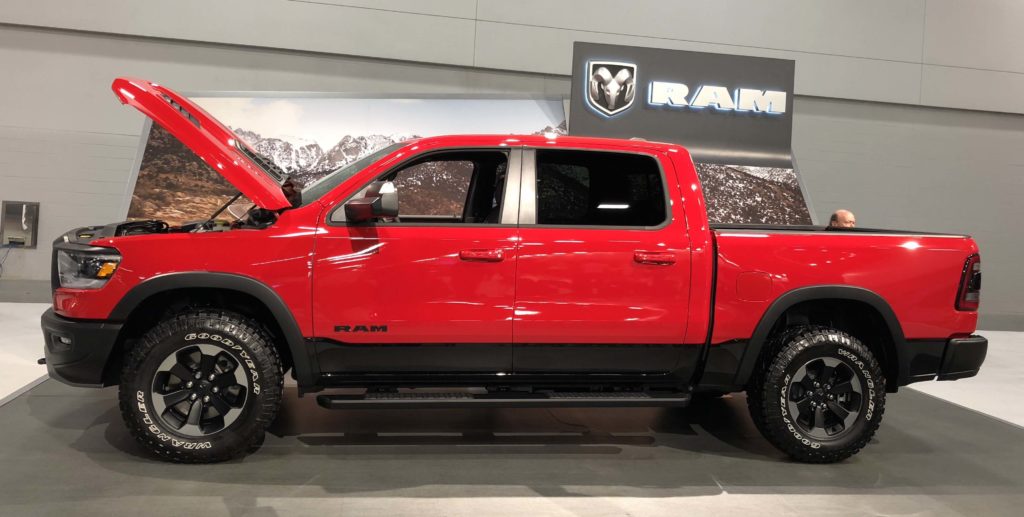 RAM then gave an update on their eTorque system for the newly launched 2019 RAM 1500. Simply put, it is a mild-hybrid that provides more torque to their V6 and V8 engines. Along with other improvements such as weight and aero eTorque improves fuel efficiency by 10%. This is done by working in tandem with cylinder deactivation, variable valve timing and fuel shut-off. Maybe soon eTorque will lead to a full electrified RAM 1500. How about that! 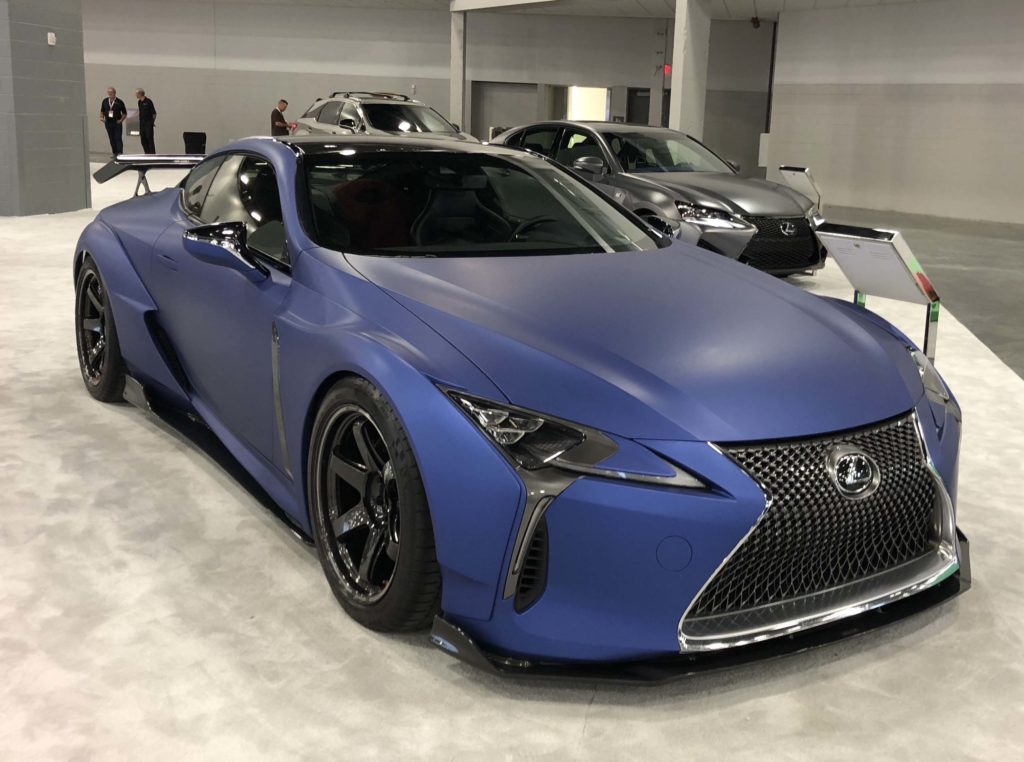 Lexus focused their announcements on the luxury sports coupe market at the Miami Auto Show with the 2019 RC and provided updates on the 2019 ES 350 and 2019 UX. I also couldn’t get enough of the custom wrapped Satin Blue Lexus LC 500 on display with a widebody fender kit and carbon fiber treatment. The new RC features a new front bumper, taillights and other enhancements borrowed from the flagship LC. With standard 18” alloy rims a 2-liter turbo will power the $41,145 RC 300 while the 3.5-liter V6 energizes the $44,075 RC 350. Lexus also elevated the RC’s tires, suspension, aerodynamics and engine and steering response. 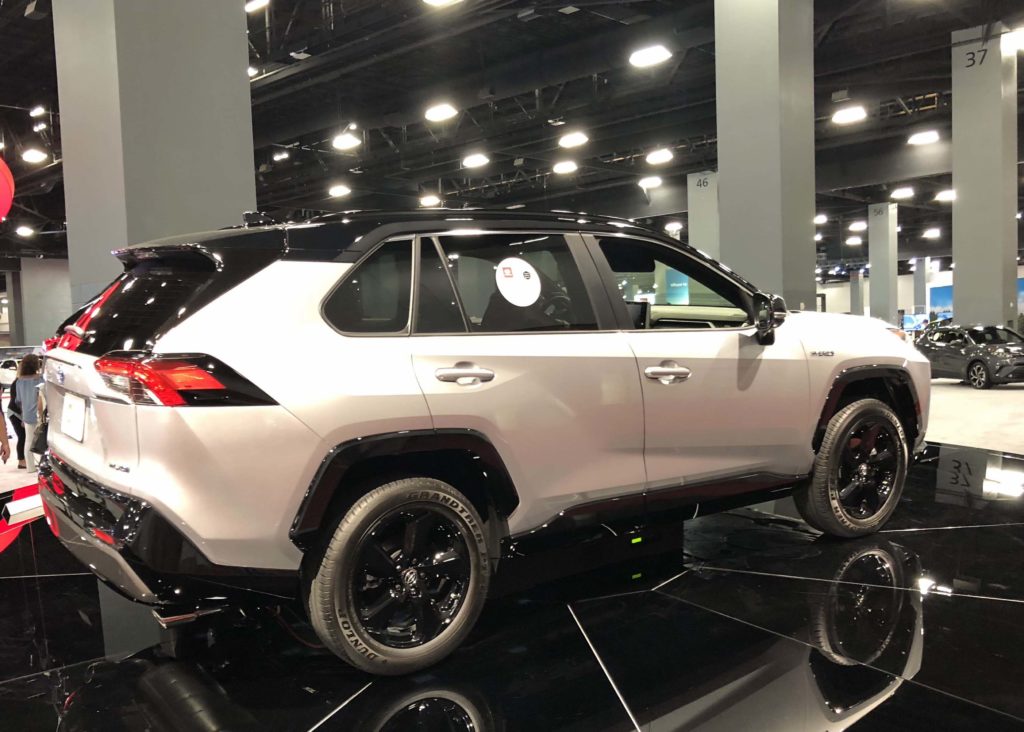 The 2019 Toyota RAV4 is the number one selling vehicle in the Toyota lineup and the number one selling small utility in the U.S. Last year alone they sold a whopping 407,000 of these multitasking crossovers. Toyota also owns a 19% market share in Florida within the small SUV segment. Launched in 1994, the now 5th generation RAV4 is genetically gifted with standard 19” wheels, Multi-terrain Select and Dynamic Torque-Vectoring AWD with Rear Driveline Disconnect that can disengage to 2WD for greater fuel efficiency. Customers will have five models to choose from and two engines including the 2.5-liter inline 4-cyclinder. The RAV4 has also received technologies slated for luxury autos such as the 8” touch-screen and rearview camera mirror. 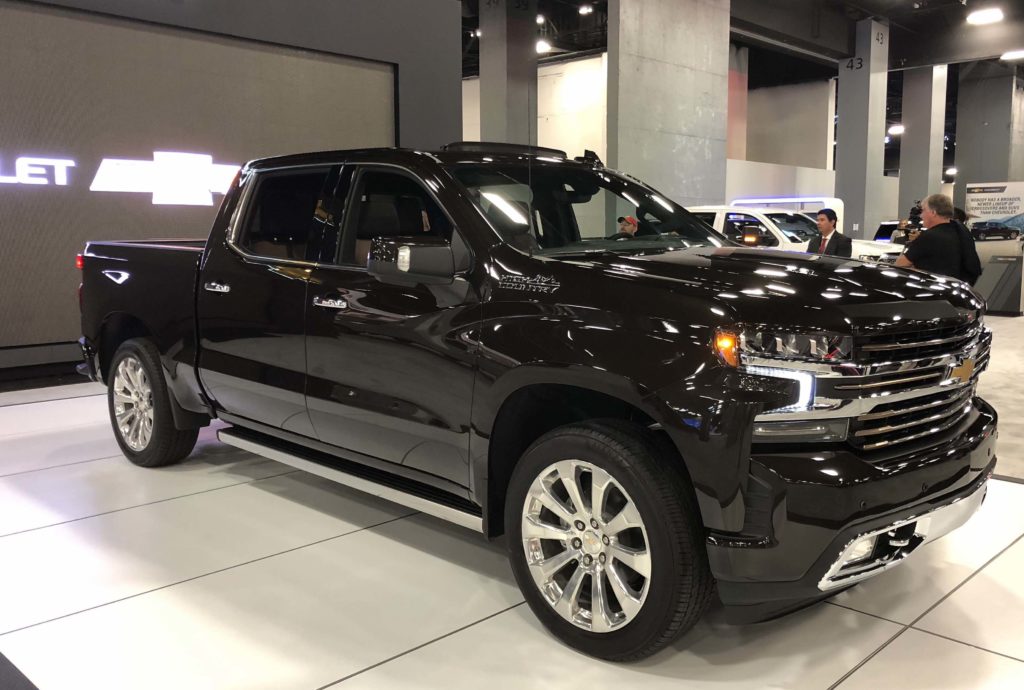 With greater cargo space, task lighting in the side view mirrors, larger side steps, power running boards and a 20% bigger bed featuring 13 tie downs and a light tailgate that closes and opens automatically, the all-new 2019 Chevrolet Silverado 1500 is more equipped to compete for the pinnacle spot of the full-size pickup truck market. Starting at $31,290 there are eight models and six engines to choose from for the diverse mix of today’s truck buyers. My ideal combo would be a Silverado 1500 Custom Trail Boss 4×4, 4-door Double Cab with the 5.3-liter V8. Expect maximum towing capability of 12,200 pounds.

Toyota closed out the media program with a fabulous rooftop party in stately fashion at the Betsy Hotel on Ocean Drive. Life is good! All-in-all the Miami International Auto Show is back in full swing and should excite Floridians with a newfangled mix of automotive artillery. Please enjoy our constellation of photos to represent the full picture. See you right back in South Beach, Miami in in 2019.