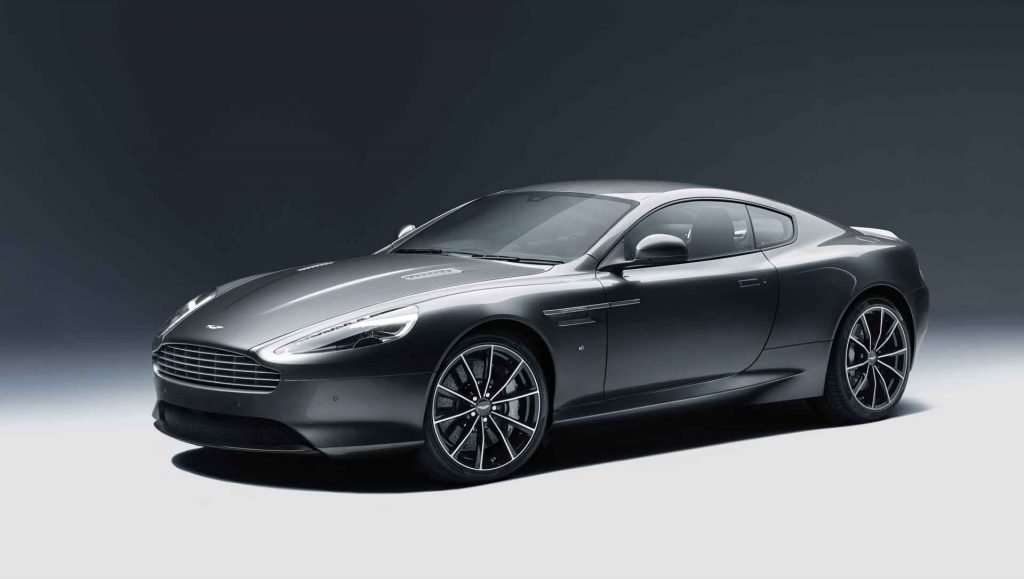 Aston Martin’s new 2016 DB9 GT will make its global debut as part of the marque’s presence at the Pebble Beach Automotive Week from 13 August, accompanied by a glimpse of Aston Martin’s Second Century with the DBX concept, Lagonda Taraf and Aston Martin Vulcan supercar all set for appearances.

The DB9 GT is the luxury British sports car maker’s most compelling production ‘DB’ to date,  designed to offer world-class grand touring and hand-built excellence. Claiming the title of the most potent DB9 yet devised, by virtue of its uprated 6.0-liter V12 engine which now boasts 540bhp – the DB9 GT continues a distinguished tradition of luxury, excitement and style with a raft of engineering, equipment and styling developments calculated to make this the very best of what DB9 can be.

Aston Martin’s ‘Second Century’ plan was announced by Dr. Andy Palmer after completion of his first 150 days as CEO of Aston Martin. A comprehensive strategy for the ongoing growth and development of the 102-year old sport car maker, the plan laid out the principle mid-term actions, particularly in the area of new product development that will drive the growth of the company. 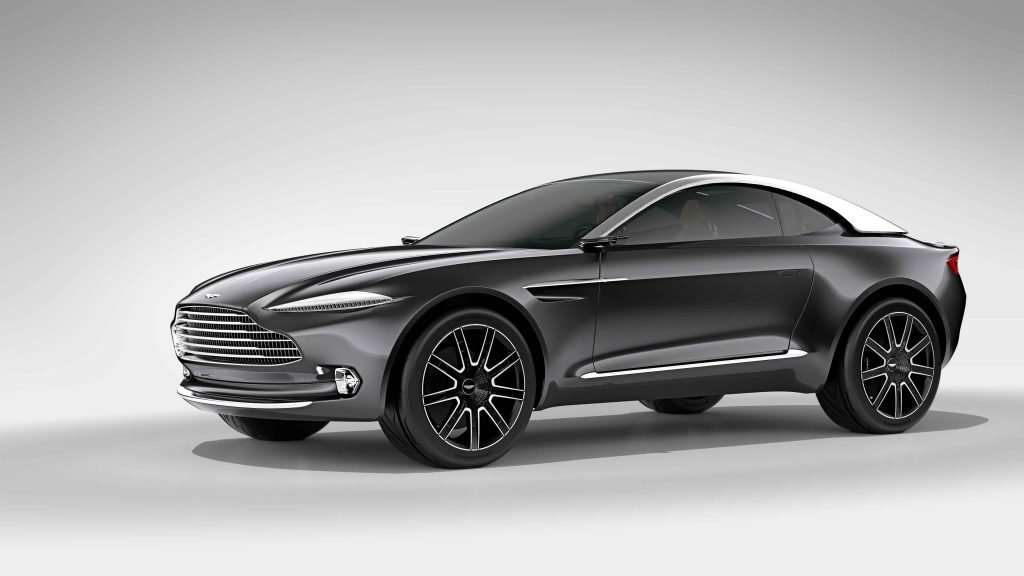 The DBX concept – now confirmed for production – underlines Aston Martin’s growth plans by signaling an expansion into the luxury GT crossover market as part of a wider strategy to develop the strongest and most diverse product portfolio in the company’s history. Offering a challenge to the existing status quo in the high luxury GT segment, the DBX promises stylish, comfortable, practical and environmentally responsible luxury GT travel. The DBX, which made a surprise global debut at the Geneva Motor Show earlier this year and has generated interest beyond expectations, will make its first appearance in North America at the Aston Martin Estate from Thursday 13 August. 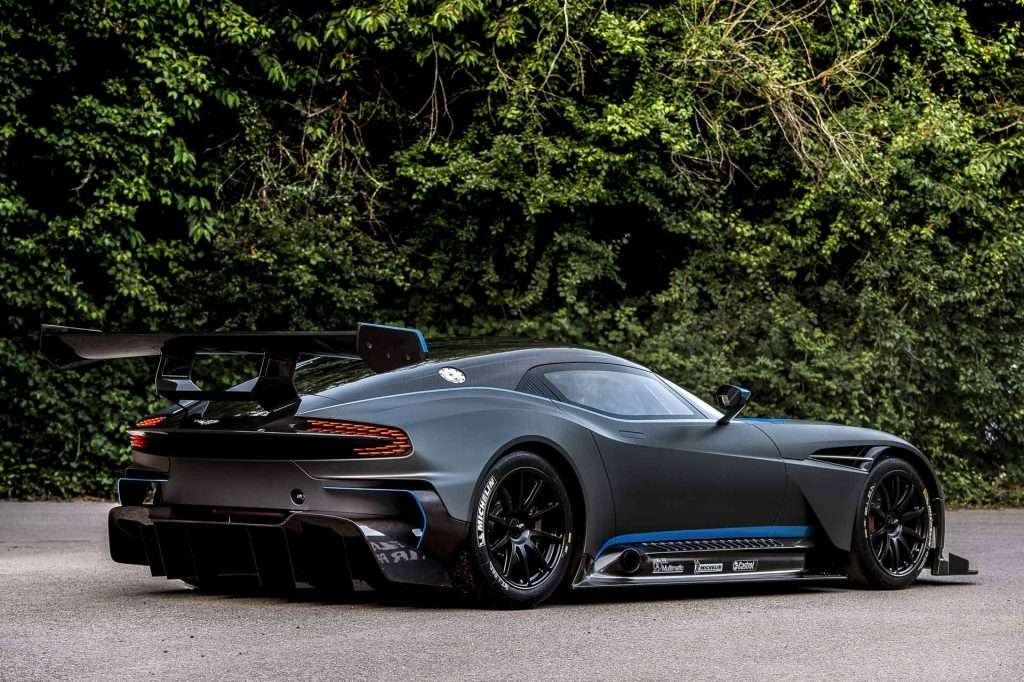 The 800+bhp Aston Martin Vulcan makes its second bow in North America following a New York debut in April and will also be on display at the Aston Martin Estate alongside DBX. Styled entirely in-house by the Aston Martin design team led by Chief Creative Officer Marek Reichman and with a design language hinting at the next generation of Aston Martin sports cars, the Aston Martin Vulcan is powered by the most potent iteration yet of the company’s naturally-aspirated, 7.0-liter V12 petrol engine. With a powerplant developed in conjunction with Aston Martin Racing, this front mid-engined, rear-wheel drive sports car draws extensively on the brand’s rich GT motorsport experience.

Marking a first appearance in the North American market, the new Lagonda Taraf super saloon draws inspiration from the highly sought-after William Towns-designed Lagonda of 1976 and features many of the same cutting edge engineering techniques seen in modern Aston Martin sports cars, such as the extensive use of carbon fiber body panels.

The car is hand-built by the finest craftsmen and women at Aston Martin’s state-of-the-art manufacturing facilities in Gaydon, Warwickshire, UK in a dedicated building previously given over to the creation of the One-77 supercar. 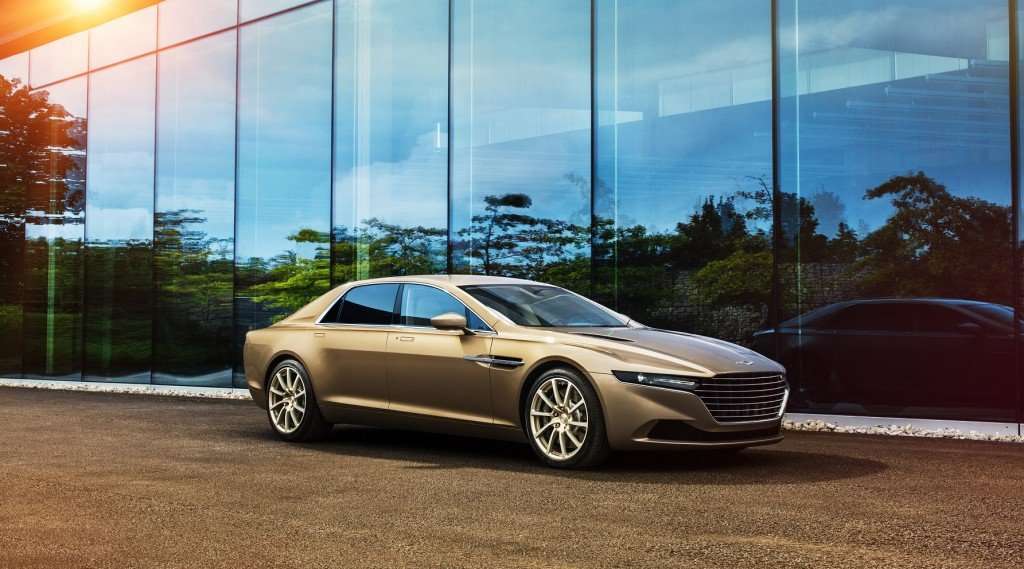 The Lagonda Taraf will be exclusively available for viewings to customers and invited guests at the Aston Martin Estate (13 & 15 August) as well as leading the marque’s presence at  Quail: A Motorsports Gathering (14 August).

The British marque will again host guests at the exclusive Aston Martin Estate. This exquisite private venue, situated high above Carmel with panoramic views across the Monterey Bay, provides the ideal backdrop for showcasing Aston Martin’s latest sports car range to customers and friends of the brand.

This grand estate will also serve as the location for a myriad of exclusive events including private viewings of new Aston Martins and test drives of the marque’s current line-up of handcrafted high performance sports cars.