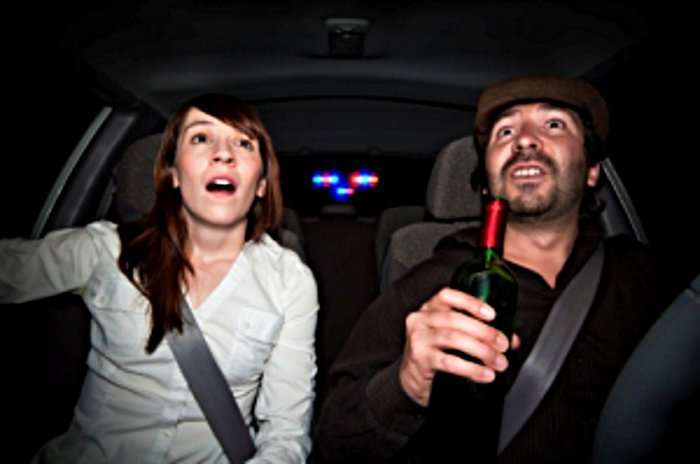 Astonishingly, there were 1.4 million nationwide DUI arrests in 2010 according to the FBI. Insurance.com released their DUI citation data on the nation’s 20 largest cities and ranks them by percentage of the population cited for the period of Nov. 1, 2010, to Oct. 31, 2011. California dreamin’ may mean cruising down the highway and partying like a Hollywood celebrity, but if you mix the two, you could face a sobering reality. The top five cities include three from California alone: San Diego, Los Angeles, Indianapolis, Jacksonville and San Francisco.

If you aren’t aware, receiving a DUI will result in significant increases in auto insurance rates. “In Colorado, your rates may spike up to 30 percent after a DUI violation, while in North Carolina, you get docked 12 points under the Safe Driver Incentive Points system for a DUI, which could cause your rates to jump 340 percent,” says Michelle Megna, managing editor for Insurance.com. Additionally, some insurers only write car insurance policies for preferred motorists with good driving records. Each state has its own system for ensuring that auto insurance is available for drivers with poor records, Megna says. “Those drivers are put into an ‘assigned risk pool,’ and then all auto insurers doing business in the state have to insure a portion of the pool, and rates are typically much higher,” says Megna.

However, having a high percentage of DUI offenders does not necessarily mean a city has more boozers than other cities. A city may rank near the top of the DUI citation list for a number of reasons, including a lack of public transportation, or a police force that’s good at doings its job – or both. Peter Moraga, spokesman for the Insurance Information Network of California, speculates that California leads in DUI citations because it’s a “car-centric state,” and law enforcement officials are “very attuned to the danger of driving under the influence.”

The issue is “on their radar constantly, especially during the holidays,” Moraga says. Across the nation, jail time and fines are typical punishments for a DUI, and some states impose even harsher penalties. Here are examples of what happens in some states if you’re busted for driving while over the 0.08 percent limit:

In California, your license can be suspended for six months, and you may be required to install an ignition interlock device that prevents you from starting your vehicle if your blood alcohol content is above a certain level.

If you get a DUI in Iowa, you may be required to undergo substance abuse treatment and pay restitution to the victim for damages caused by the incident.

A DUI in New Jersey can mean you have to pay an extra $1,000 a year on your auto insurance for three years.

In New York, if you have a passenger under the age of 16 in your vehicle and you’re convicted of DUI, you can face up to a $5,000 fine and four years behind bars.

A DUI conviction in North Carolina can mean having your license revoked for a year, and once it’s reinstated, your blood alcohol level must be 0.04 percent or below, rather than the standard 0.08 percent

For the nation as a whole in 2009, about one-third of all accident fatalities–or nearly 11,000 people–occurred in crashes that involved a driver with a blood alcohol level of at least 0.08 percent, according to the National Highway Traffic Safety Administration.

Receiving a DUI “is probably one of the worst things you can have” on your record, Moraga says. In California, it can remain on your driving record for up to 10 years, which can have a major impact on your auto insurance rates. In general, once your insurance company sees that you have a DUI on your driving record, you will see an increase in your auto insurance rates. You also could have a tough time finding auto insurance in the future, particularly if you rack up multiple DUIs, says Lynne McChristian, Florida’s representative for the Insurance Information Institute.