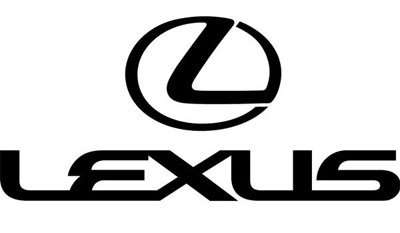 When pushed to its limits on a handling course on CR’s test track, the rear of the GX CR purchased slid out until the vehicle was almost sideways before the electronic stability control system (ESC) was able to regain control.

CR believes that in real-world driving, that situation could lead to a rollover accident, which could cause serious injury or death. CR is not aware, however, of any such reports.

All four of CR’s auto engineers who conduct the test experienced the problem in an exercise used to evaluate what’s called lift-off oversteer. In the test, as the vehicle is driven through a turn, the driver quickly lifts his foot off the accelerator pedal to see how the vehicle reacts.

CR’s auto engineers perform this evaluation on every vehicle tested, which includes the 95 SUVs in CR’s current auto Ratings. No other SUV in recent years slid out as far as the GX 460, including the Toyota 4Runner, which shares the same platform as the GX.

To confirm the results, CR paid for the use of another GX 460 from Lexus and experienced the same problem.

In real-world driving, lift-off oversteer could occur when a driver enters a highway’s exit ramp or drives through a sweeping turn and encounters an unexpected obstacle or suddenly finds that the turn is too tight for the vehicle’s speed. A natural impulse is to quickly lift off the accelerator pedal. If that were to happen in the GX, the rear could slide around far enough that a wheel could strike a curb or slide off the pavement.

Either of those scenarios can cause a vehicle to roll over. And because the GX is a tall SUV with a high center of gravity, our concern for rollover safety is heightened.

Like almost all current SUVs, the GX has standard ESC. That system is designed to prevent a vehicle from sliding out in a turn and has generally worked very effectively in the vehicles we’ve tested. It does that by applying individual brakes and cutting engine power to help keep the vehicle on its intended path. But the GX’s system doesn’t intervene quickly enough to stop the slide, and the rear end swings around too far.

As a result, CR is urging consumers not to buy the GX 460 until the problem has been fixed. The GX 460 has been on sale for about three months and about 5,000 vehicles have been sold. CR has notified Toyota, Lexus’ parent company, of the problem and urges the company to develop a remedy as quickly as possible and implement it in new vehicles produced at the assembly plant and those already purchased. CR has also informed the National Highway Traffic Safety Administration.

In an e-mail response, Lexus spokeswoman Allison Takahashi said, “We’re mystified by the results of Consumer Reports testing on the Lexus GX 460. Our engineers conduct similar tests during development of all SUVs. We will look into this and we appreciate Consumer Reports bringing it to our attention.”

The designation is rare for Consumer Reports; the last time the organization judged a vehicle’s performance not acceptable was with the 2001 Mitsubishi Montero Limited in the August 2001 issue of Consumer Reports magazine. Watch the ConsumerReports.org Cars Blog for the latest information.

With more than 7 million print and online subscribers, Consumer Reports is one of the most trusted sources for information and advice on consumer products and services. It conducts the most comprehensive auto-test program of any U.S. publication or Web site and owns and operates a 327-acre Auto Test Center in Connecticut. The organization’s auto experts have decades of experience in driving, testing, and reporting on cars. To subscribe, consumers can call 1-800-234-1645 or visit www.ConsumerReports.org.