Damon Lester of the National Association of Minority Automobile Dealers 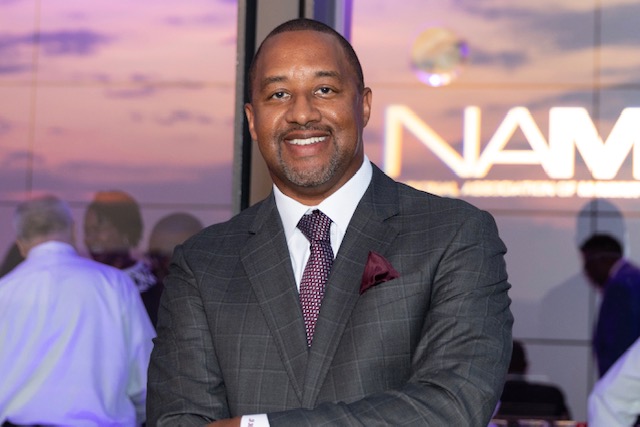 For my internship program (The Driving Force ) with Ford Motor Company, I was presented with the unique opportunity to listen and learn from  Damon Lester, an established professional in the automotive industry who spoke to my colleagues and me about his diverse organization.

Mr. Lester was eager to impart some of his wisdom to the media interns. As Black students at an HBCU, we are very familiar with the hardships of being black in the workplace. The History Makers inductee shared with us that “colored people are assessed deeply in the workplace.” He assured us not to let that deter us from setting high standards and achievements and surrounding ourselves with people who share similar goals. He even encouraged us not to hesitate to drop anyone interfering with those goals. The main goal was to understand that being Black is not a barrier; power systems are. For this reason, it is important for minorities to help each other out, which is exactly what the organization he heads, The National Association of Minority Automobile Dealers (NAMAD), is dedicated to doing.

As president of NAMAD, Mr. Lester encourages the meaningful presence of minorities while advocating for diversity and inclusion in each facet of the automotive industry. Mr. Lester generously shared some surprising statistics and excellent advice. There are only 19,000 new car dealerships in the United States, with only 1,200 owned by minorities. While thinking of the many car dealerships I pass by on my commute to run errands, I was under the impression that there had to be at least 100,000.  Hearing my cohorts blurt out numbers much higher than my guess, I think it’s safe to say we were all shocked to hear that statistic. But, as I continued to listen to Mr. Lester break it down, we all felt as though there were more automotive dealerships because they are frequently placed in areas that are depressed. With that being said, I did some research on namad.org to find local minority-owned dealers near me and found that there are five in Huntsville, Alabama, which is about an hour away from me.

As interesting as the above statistics are, I was more engaged in learning about job opportunities in the automotive industry. As explained by Mr. Lester, “the automotive industry is the most lucrative industry because of its diverse job offerings.” As a media journalism and film major, I’ll be honest and admit that I have never thought of working in the auto industry as I figured most jobs involved selling or making cars. However, my initial views were dispelled as Damon detailed many job opportunities from the business side to the technical side. After Damon revealed auto and electrical technicians’ salary for a brief moment, I considered changing majors.

I left the meeting with Mr. Lester with a lot more knowledge about the automotive industry than I came in with. I enjoyed hearing anecdotes from his work experiences as well as his insightful advice. I’m sure that I will carry pieces of his wisdom with me for a long time.